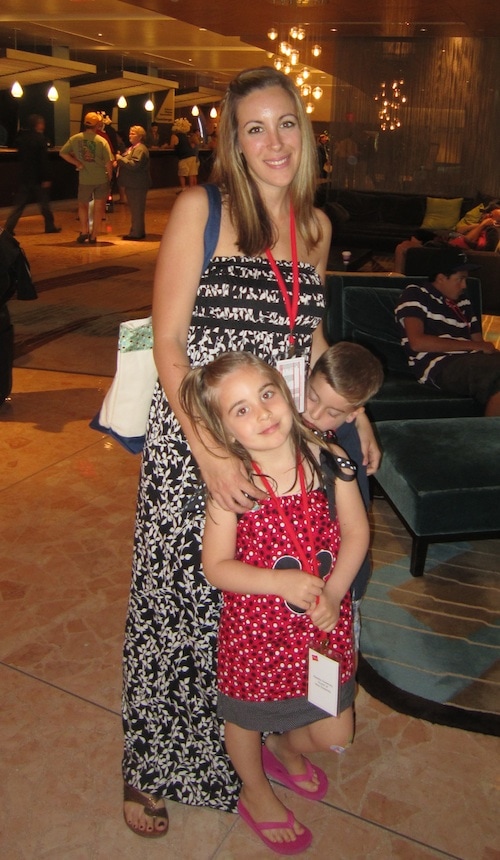 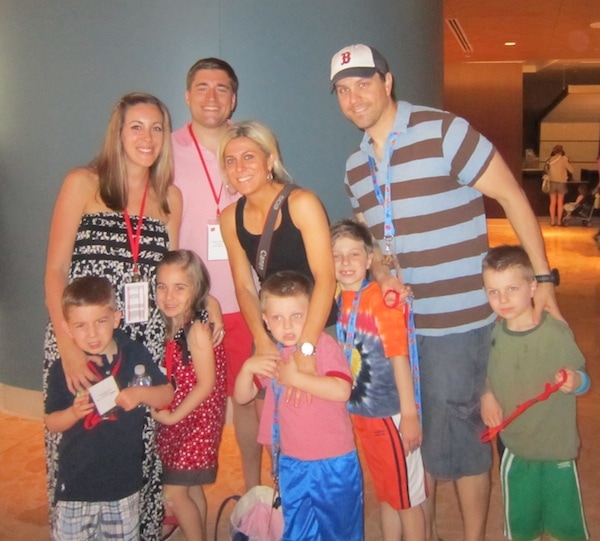 Day 2 in Disney with the Hanes Comfort Crew was amazing! The families were partnered up and thankfully Audrey was with us! Our kids are about the same age so it was just perfect! {Here is Day 1 in case you missed it} 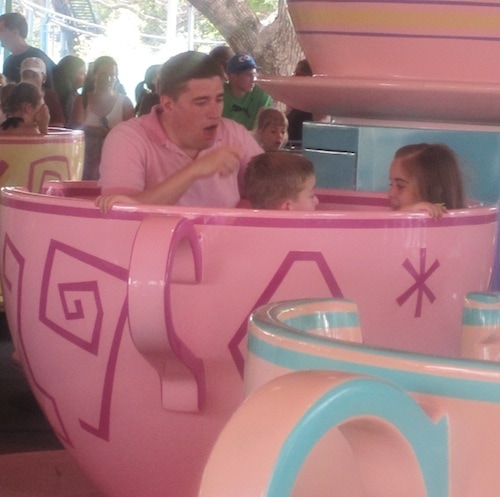 The kids went on every ride in Disney – practically. We had a tour guide so there was no waiting which was surreal. We went through the exit of every ride and popped right on! Hanes is an affiliate partner with Disney, so they are one of the few companies who are allowed to offer this service. So INSANE.

Check out my poor hubby. He is so sick! Coughing up a lung whenever we slow down. 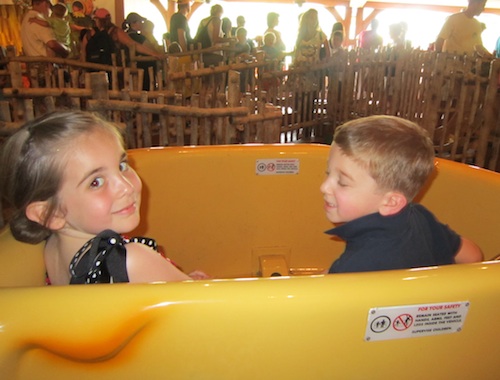 Im no use on spinning rides – thankfully – the majority of Disney is really not about that. Here we are on the Winnie the Pooh one. Kids were so excited! Screaming at all the characters. It was just too sweet. 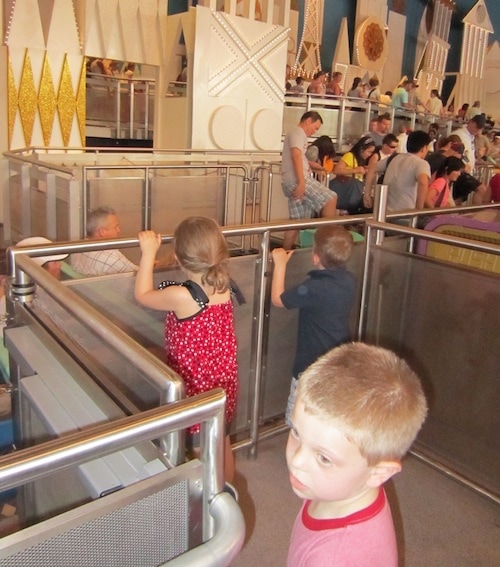 Here we are waiting to get onto ‘It’s a Small World’ which I think was Natalie’s FAVORITE RIDE SO FAR.

Check out this video of her GASPING each time she saw something cute. 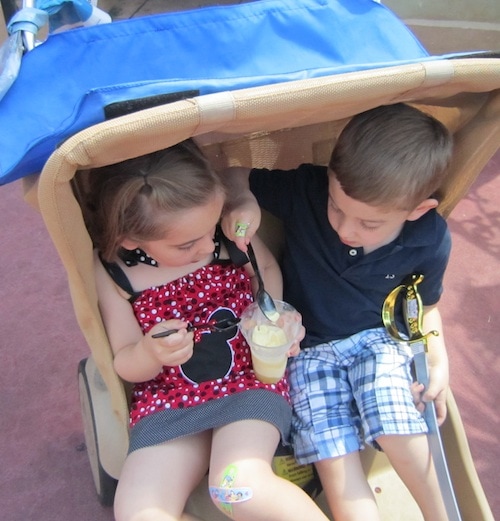 Then we ran and got some Dole Whip! Yum. Yum. 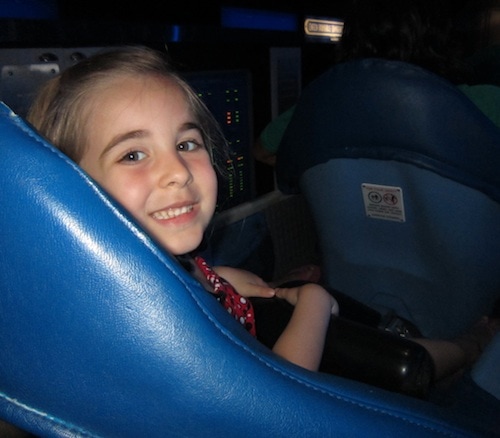 Audrey and I took the kids on a slower ride while Natalie and the daddies headed out to ‘Space Mountain’. She was so excited!! Been dreaming of roller coasters all YEAR! 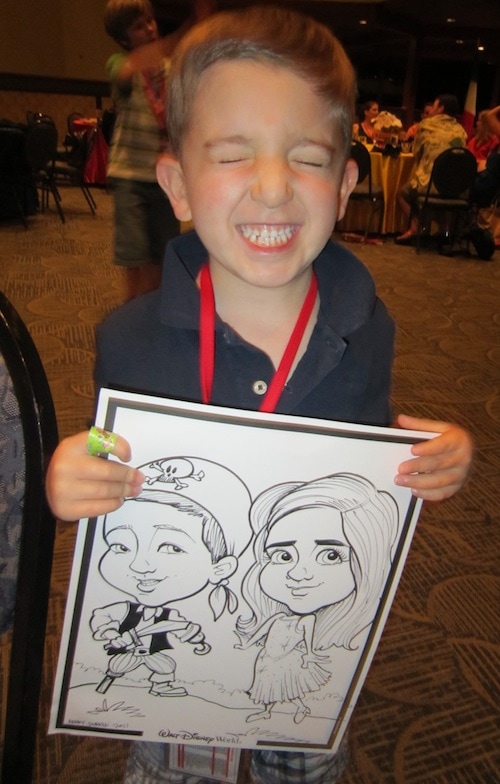 We went back to the hotel to rest for a bit and then off to Epcot to have dinner. They brought characters and artists to keep the kids entertained. 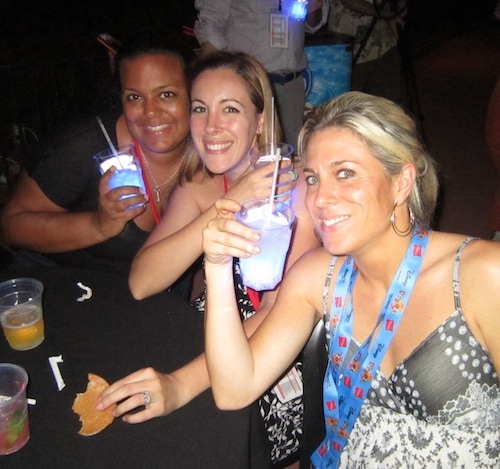 After dinner, they brought us all to London for a private dessert party overlooking the fireworks. The kids were FLIPPING out about these light up drinks. Naturally, Liam spilled his all over his clothes. He’s done this three times since we’ve arrived. Bill and I have stopped freaking out about it. It’s so hot – it just dries up and Liam now thinks it’s funny. Go with the flow, right? 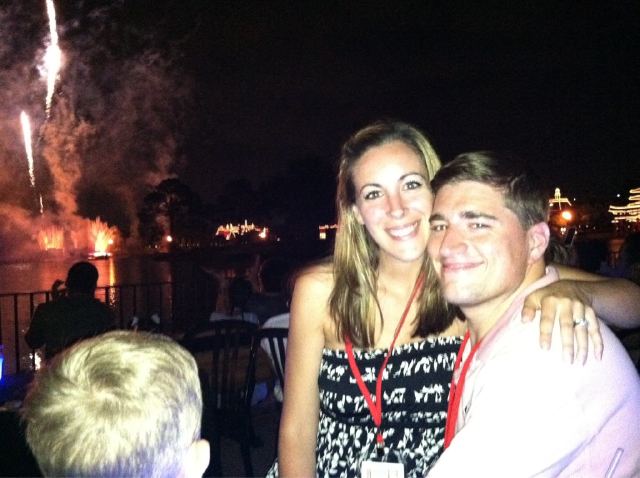 It really was a beautiful show! 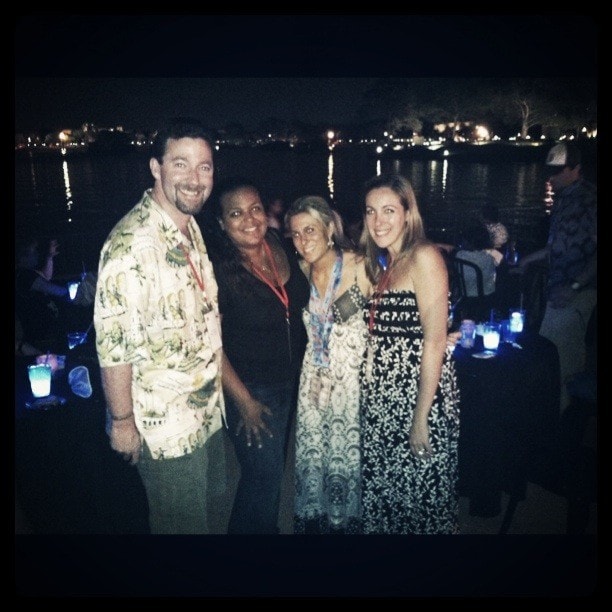 One of the best parts of the evening was hanging out with friends. Adam lives in Chicago – so we don’t get to see him too often and while Carol lives in NYC – I hardly get to spend this amount of time with her. So thankful to be part of this group. 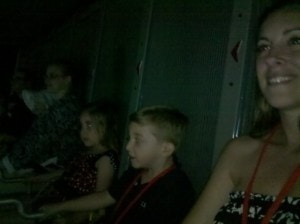 The ULTIMATE highlight of the evening — after the park closed Hanes had Epcot open up Soarin’ so our group can go ride it! Natalie and Liam were just so THRILLED. I’ve been on the ride a few times already so I spent most of my time watching them watching the ride. I almost started to cry because they were so amazed. They’ve never seen ANYTHING like that ride and their excitement was so pure.

We got back to the room just in time to watch another set of fireworks – from Disney this time! What a wonderful day!

No lines would have been amazing! I'm so glad to see you guys are having such a GREAT time!

I love reading all your posts and facebooks pics. I'm so thrilled and excited for you getting to experience all this wonder with the kids and Hanes. Enjoy every second. xoxo

Wow, how amazing. Every time you guys go to Disney it pushes me that much closer to wanting to save up and go. :)