Daily Diary: Still Eating In Bed With The Kids (And The One Purchase That Made My Year) Thanks @AudreyMcClellan 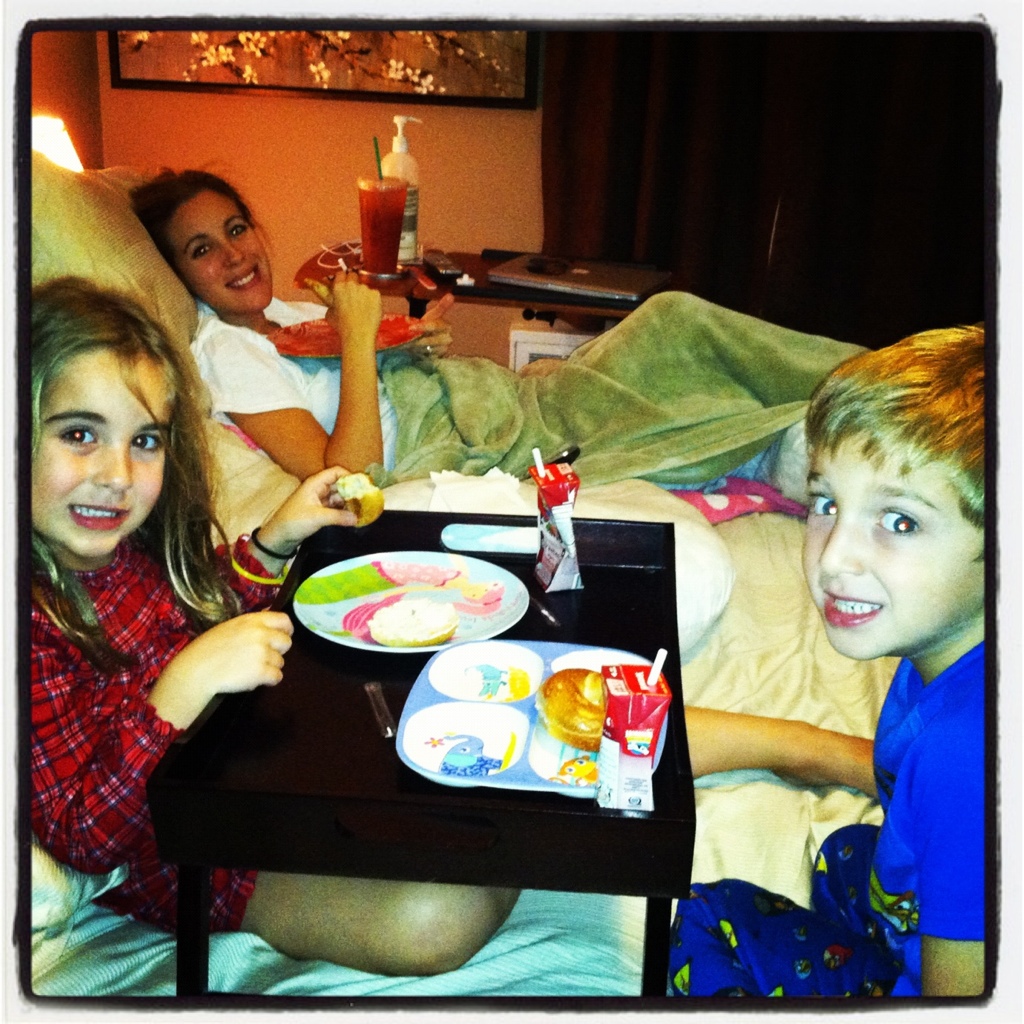 So, I’m still baking thankfully. And I’m still lying down 95% of the day which my kids are sort of getting used to. They are so resilient aren’t they?? On Sunday, everyone came into the bed and we all ate breakfast together.

I kept thinking… this isn’t what “breakfast in bed” is all about. LOL. When you think of the term “breakfast in bed” you think champagne and strawberries, right? What? Is that only me? Maybe I watch too many movies. This thought only remained with me for a nano-second because having breakfast with my kids is the much better alternative. ESPECIALLY since they are getting used to NOT WIPING THEIR HANDS ON THE SHEETS. hahahahahhahah

Makes me less… INSANE. As if that is possible. 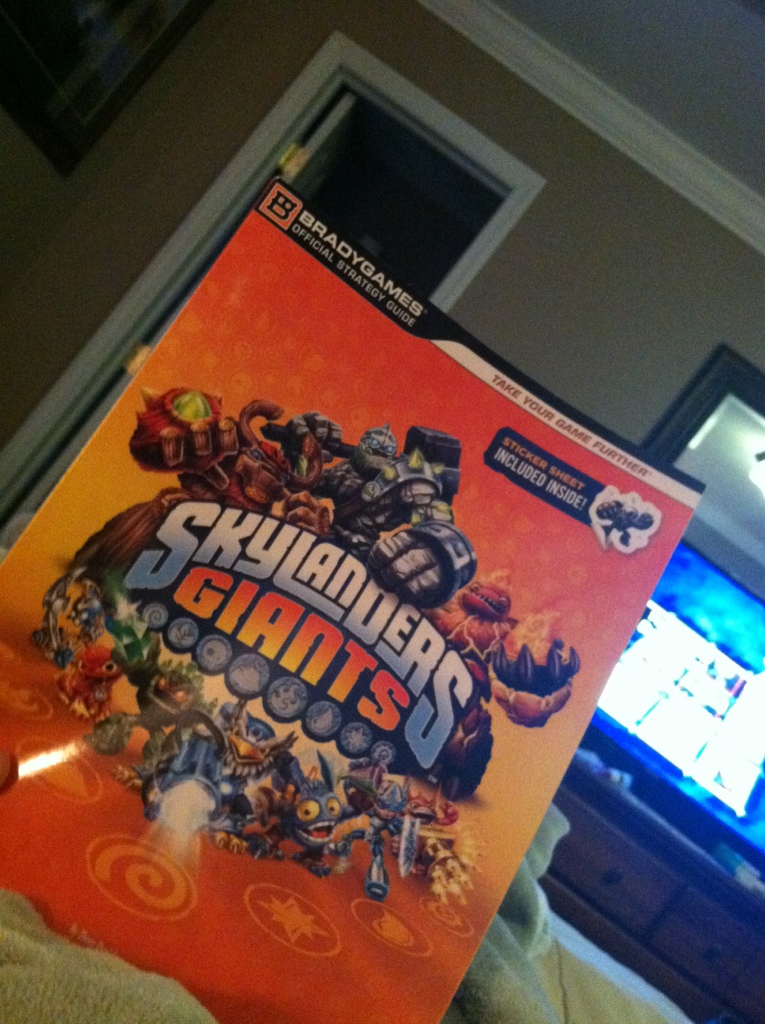 I was chatting with my bestie Audrey while playing Skylanders Giants with Liam later on in the day. I was having a hard time getting through this one section and I asked her oldest son if he could help me. Well……….she said she would just have Matt look it up in the cheat book.

There is a book that tells you where everything is. Why did I not know about this?! Bill was out getting gas for the car and generator and I called him right up. He was walking through his last minute stops (grocery story, Home Depot, gas station etc) and I told him to add Toys R Us to that list. This was an emergency!!

The boy actually did it. I thought he would laugh in my face. He knows how crazy I am about gaming. I mean… how much I want my son to have all the necessary resources available to him while playing his favorite game. 🙂

Toys R Us didn’t have it… so he actually went to Game Stop to find it for me. In the middle of Hurricane Sandy chaos – I just love that boy.

I think I played for 5 hours yesterday. They had a huge party to go to and I was either going to watch the Weather Channel for the entire eventing or I was going to get three stars on the first 8 levels. I chose the latter… 😉