Lady and the Blog   →  Personal Blog   →  Daily Diary: My Poor Baby Has Pink Eye (And The Tooth Fairy Is Cheap) 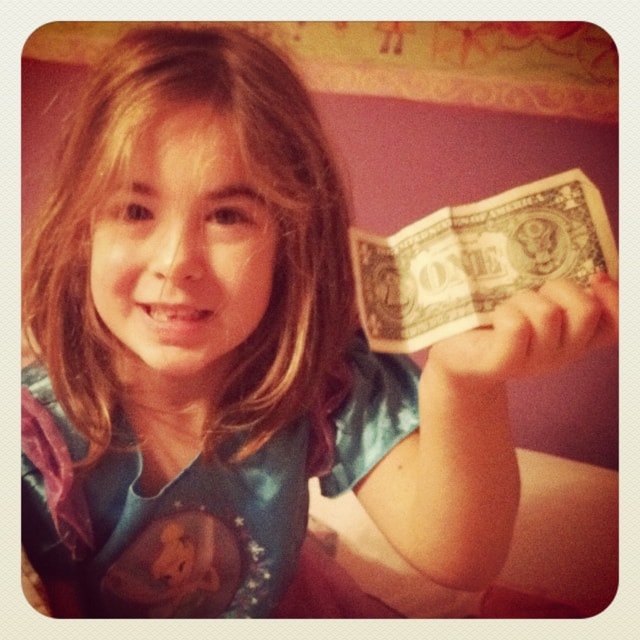 Yesterday morning I thought Natalie got poked in the eye. It looked a bit irritated and I asked her if she hurt herself while playing in the basement. She said no. 2 hours later… she looked this like. Straight up pink eye!! But this makes no sense?? We weren’t around anyone who had it? I don’t understand how this happened?

Either way – it did happen! UGH

And of course I was HOSTING NEW YEAR’S DAY FOR MY FAMILY. I had about 20-25 people in my house and had to give them all the heads up. I felt terrible!!! But I found out about her pink eye an hour or so before the actual party. Food was made. House was set up. There was no way to do it somewhere else.

I kept her in the basement for the majority of the party but this puppy is SO contagious. I can’t handle it. UGH

I took this picture a few minutes ago. She woke up and found that the tooth fairy came and gave her a dollar. What is the going rate these days? I thought she should get $5 – but Bill is old school.

3 ingredient Nutella Cake is a fudgy and delicious hazelnut cake that isn’t overly sweet. Grab your ingredients and a mixer and get to cooking! This Nutella cake recipe is so easy to make, you will make it over and over again – especially around the holidays! If you have a sweet tooth like me, […]