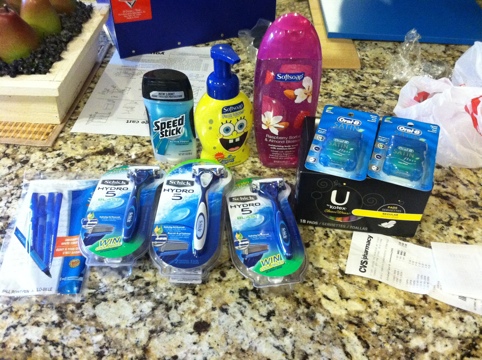 I did a pretty good job this week, but it was only because I had $19 in ERB to play with yesterday morning at CVS.

I did 2 transactions because I needed the ERB from this first one to pay for the second.

All in the grand total: