I had the pleasure of interviewing Bellamy Young – the actress who plays Mellie Grant on Scandal this last week while in LA for the Wrinkle in Time premiere and had such a great time doing so! She was funny, entertaining, witty, and downright heartfelt when talking about her love for film and her passion for the craft. Her energy was contagious! We discussed Bellamy’s work on the final season for Scandal as well as what she hopes will happen to her character before the final scene.

What Has Bellamy Young Learned From Mellie Grant?

As an actress, you can’t help but absorb lessons from the characters you play. After all, you spend so much time investing in their storylines. There are pieces of you that you simply hand over to these fictitious names in order to make the emotions feel real. But what do these actors get in return? What has Bellamy Young learned from Mellie Grant? Her biggest takeaways are revealed:

I want to stop here for one second before I continue with her quote. As an entrepreneur, this moment really resonated with me. No matter what opportunity is handed to you, it is imperative that you do your absolute best because you never know who is watching or what it could turn into. This is a true life lesson for everyone! Ok, let’s continue –>

Mellie does not care if people are comfortable.

I want everybody to be happy all of the time.  I would make you all coffee if I could. Mellie could care less.  So, spending 16 hours a day as sort of like, “my way or the highway” has been very informative.  I don’t think I will ever lean that direction, [LAUGHS] but it does remind me that there are many ways to be.  And many acceptable ways to walk through this life.  And it has been a deep privilege, an enduring privilege, to get to have been her.

She’s so flawed.  But she has such big dreams, and she’s — she’s doggedly loyal and will fall on her face, but she will stand up and walk forward, like the Terminator!  Like, all of that skin just like, hanging off her face?   I marvel at her.  It’s been a great, great gift.  Not just the fact of having a job, but the fact of getting to be her.

Another fantastic gem from Bellamy Young! If you fall down, get right back up and keep pushing forward! Hold onto your determination and your worth and keep your eye on the prize. I just loved it! 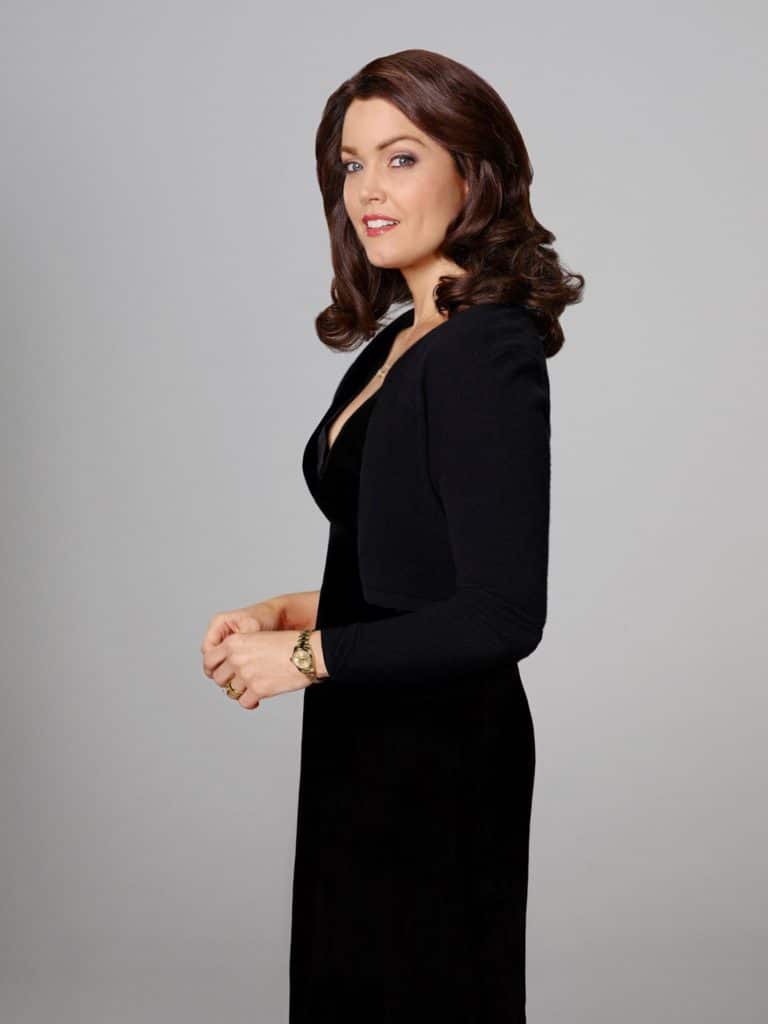 Of course, we had to bring up the crossover! You know every actor on ABC and beyond has been WAITING for this one. Fans are going NUTS on social media! If you want to get in on the conversation, be sure to use hashtag: #HowToGetAwayWithScandal

Siren horn. Siren horn. Confetti. Big Burst of light. Ballroom and glitter. Crowds take over. Bulls hit the streets. You get my drift! It’s here!! I want to give you some news about the big crossover event that is happening TONIGHT.

Here is a rundown of the two shows:

SCANDAL: “Allow Me to Reintroduce Myself” – In the midst of moving on from the White House, Olivia gets an unexpected visitor in criminal defense attorney Annalise Keating, who seeks her help in fast-tracking a judicial reform class action to the United States Supreme Court. However, after Olivia’s recent fall from political grace, it’s going to be more challenging than ever to get the support they need, on a special, TGIT Crossover Event episode of “Scandal,” airing THURSDAY, MARCH 1 (9:00–10:00 p.m. EST), on The ABC Television Network, streaming and on demand. Viola Davis and Aja Naomi King guest star.

HOW TO GET AWAY WITH MURDER: “Lahey v. Commonwealth of Pennsylvania” –  As Annalise’s class-action case hangs in the balance, a meeting with the esteemed Washington D.C. fixer, Olivia Pope, proves to be crucial in getting the opportunity to argue her case in the nation’s highest court. Meanwhile, Bonnie discovers concerning information pertaining to Simon that threatens to expose what really happened during night he was shot, on a special, TGIT Crossover Event episode of “How to Get Away with Murder,” THURSDAY, MARCH 1 (10:00-11:00 p.m. EST), on The ABC Television Network, streaming and on demand. Kerry Washington and Cornelius Smith Jr. guest star.

MARK your calendars!! It all starts tonight at 9PM EST on ABC.

Ok, back to Bellamy! What are her thoughts about tonight’s fun?!

I mean, we never dreamed, because we were thinking, Scandal movie, Scandal musical!  Then we heard, Scandal crossover!  And we’re like, uh, really, what?   Is that really true?    I didn’t know about it, until I walked in the room to do the table read.

You also worry in the last year of something, that you’re at that jump-the-shark phase. But then we opened it, and the story is so immaculate. It just had to happen.

And what about the chance of a Scandal reboot? You know everyone is already thinking about it!

Those of us that are around just want to live through next episode, because if that does happen, we want to be alive.  We talk about it constantly, constantly.   We all just want to live so that if it has another iteration, they could call us up, ’cause we would show up anytime, anywhere, we really, really would.

Of course, Bellamy Young walked the red carpet for the Wrinkle in Time premiere. She looked absolutely stunning. Take a look at her dress! 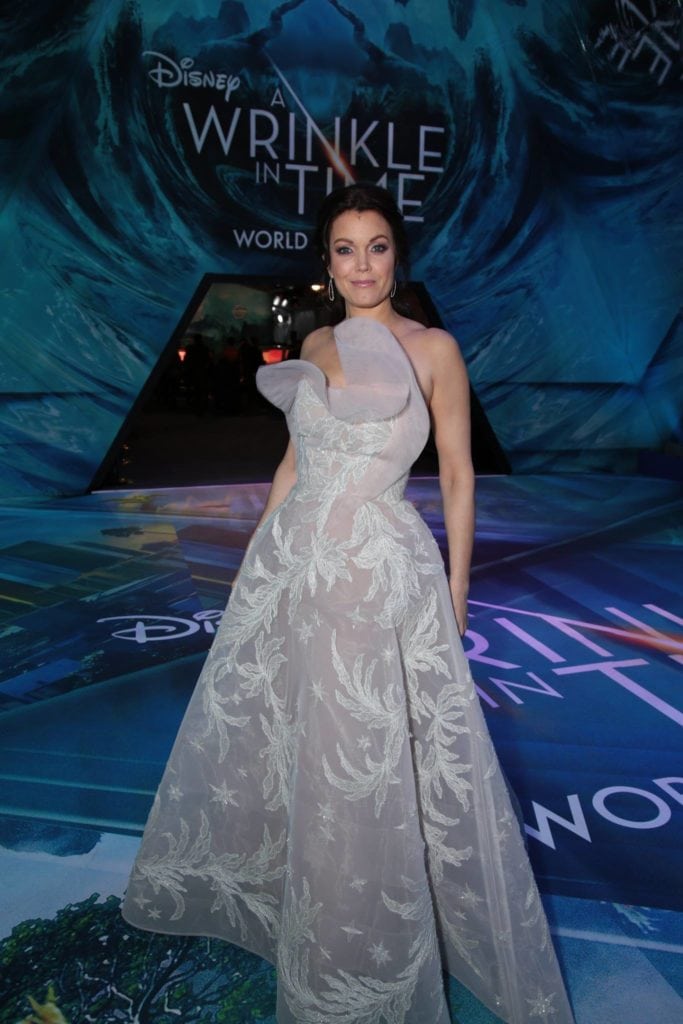 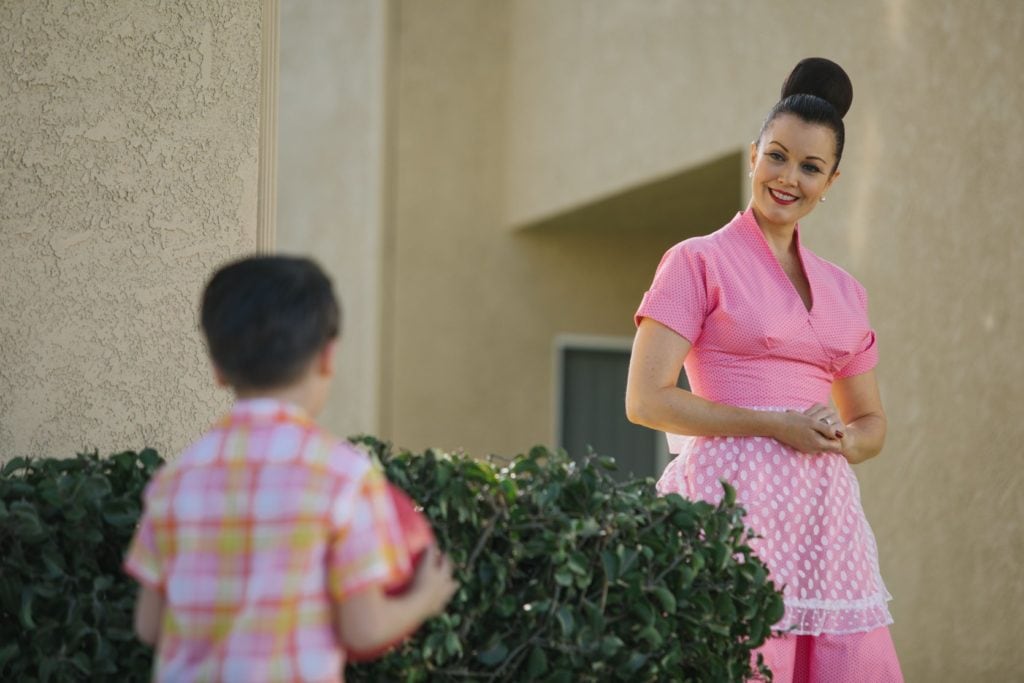 She truly is a beauty inside and out. We asked her a bit about her role in the movie and what it was like to work with Ava DuVernay and Bellamy’s response revolved around gratitude. I think this is definitely a theme that you are going to see throughout this week’s coverage. I found that the majority of people we spoke to all had this overwhelming sense of gratitude and were generous as a whole. Perhaps this openness and this attitude contribute to their success? I truly believe it does. Bellamy lit right up when she began to speak about her time with Ava. Her answer filled me whole.

It’s so easy, right, when the gift is true and enduring and really in the marrow of who you are.  She’s such a great leader.  She’s such a visionary.  So generous, because why wouldn’t she be, right?  Again, it’s back to the fear thing. When you’re afraid somebody can take something from you, then you’ll be like, “No, you’re wrong about that, then do it my way,” but she is like, “Huh, that’s so interesting, yeah.  Let’s look at that.”  Because her truth is irreducible, you know, and you feel that.

I mean, of course, her speech and her vision and her planning and everything informs you.  I do believe that we’re just animals, and we just get each other’s energy instantly, the vibe alone is expanding.  You’re in her presence, and you are more, because she is all that she is.  And so, I was so happy to get to spend a little more time with her.  She was amazing when she was with us.

She’s just such a generous spirit, and such a wise mind.  I just really think she’s changed the game. 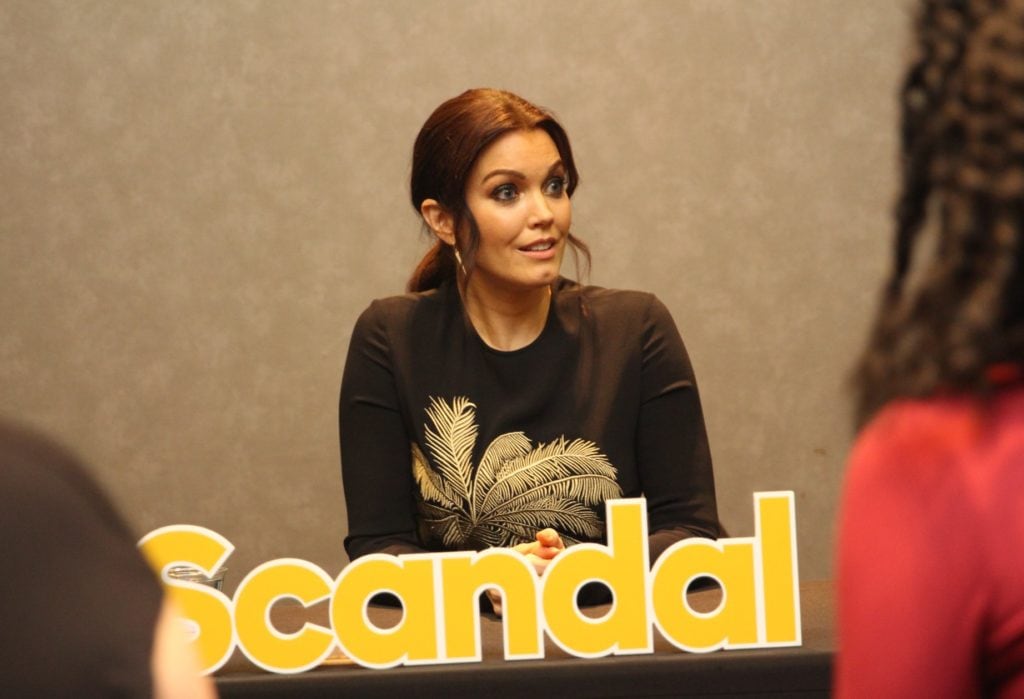 I know this is a long one, but I can’t help it. I really think that Bellamy Young gave some great insight on Mellie Grant and if you are a Scandal fan like me, I know you’d want to read them all! So forgive me, but keep going – these next two are GOOD ONES!!

Bellamy Young On Whether Or Not Mellie Grant Deserves Love

We asked Bellamy Young if Mellie Grant deserved love. Now, think about that – DESERVED love. WOW, right?! What a powerful question. I wish I could remember who asked it. I was in a room of 25 bloggers and everything was happening so quickly, but I thought that was an excellent thought starter. DESERVED. Here is what she said:

“Deserves” is difficult.  We have actually talked about that word a lot at work, like, “happy ending,” and “deserve,” and like, what that would even mean to them, like, what that would even look like.  And…yeah.  “Deserves” is tricky.  Do I want it for her?  I do.  Just because I have a deep fondness for her. I’m just so proud of her, and she, like, got her dream.  But do I see her putting in the deep and honest work to have a reciprocating relationship?  No, I don’t.

But the closest she gets is with Marcus. They are honest with each other.  They really are, right?  Yeah.  It’s like, it’s a little like Kryptonite.  They just can’t not be honest with each other in each other’s presence, and I love that.  But I also don’t see her making him a priority, and I think, you know, or that — that’s part of a relationship too.  Who knows what that last episode is gonna bring.  I don’t know.  But I want it for her.  I do, so much.  Scandal, the Movie!  [LAUGHS] 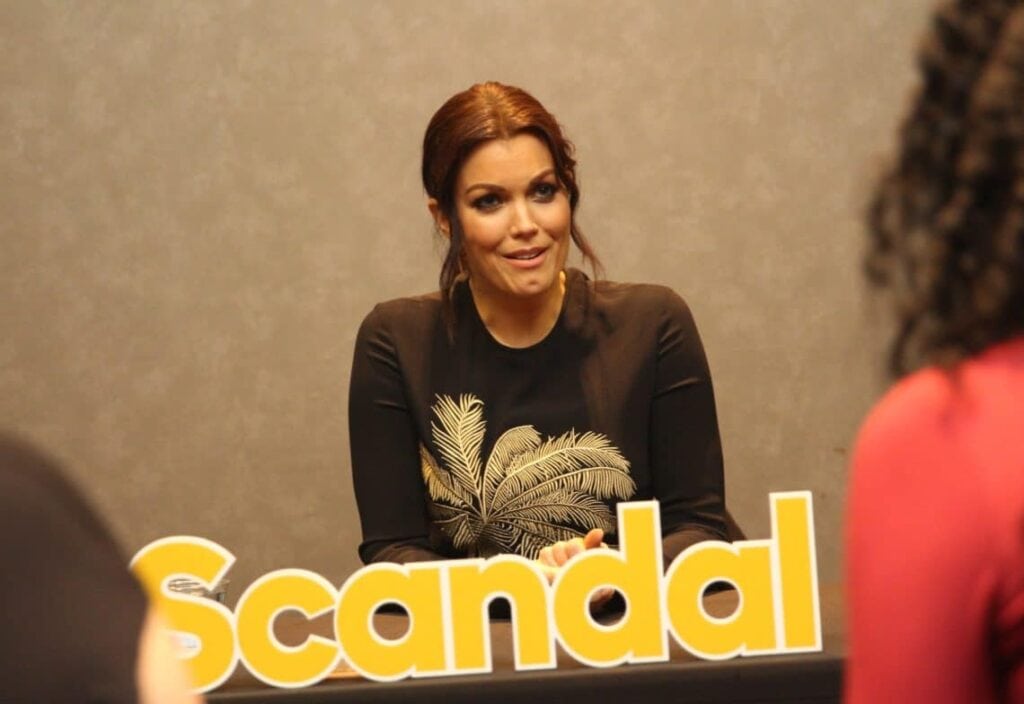 How Would Bellamy Young End Scandal?

If Bellamy Young could end Scandal on her own terms for Mellie Grant, what would the season finale look like? Don’t you love the fact that they don’t know yet?! I’ve interviewed many actors throughout the years and this method varies. Sometimes shows allow their cast to know the ending before they begin and sometimes they get to read next week’s episode just a few days before they begin shooting. It all depends on how the team wants to play it. Scandal does not want to mess around. No slip-ups. No leaks. No fooling! Bellamy did NOT know how the show was going to end at the time of our interview. So her guess was as good as ours.

I wished for her, like, a year ago, I wished for her eight years in office, and a White House wedding.  I really wanted it, right?  I’m a romantic at heart.  Her and Marcus, I did.  I wanted her and Marcus, a White House wedding.  If I have spoiled the end of this, of our series, then they will strike me dead somewhere.  But I don’t know, like, looking at the chessboard, the way everyone is placed at the second-to-last episode? I am glad I’m not a writer on this show.  I wouldn’t know what to do a this point. 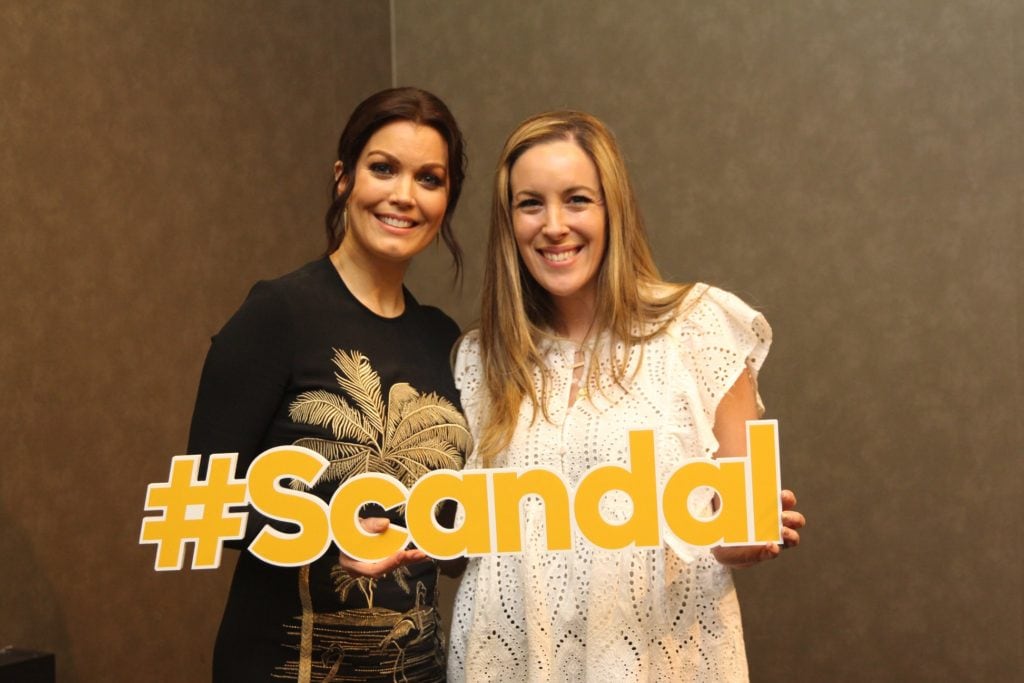 Be sure to tune in and watch Scandal TONIGHT Thursday, March 1st at 9PM EST

*Disney invited me to LA to attend the Wrinkle in Time premiere. Travel and accommodations were covered. All opinions are my own. 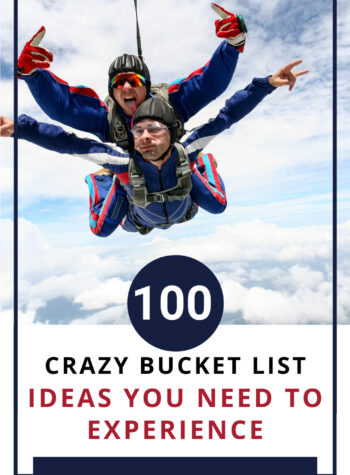