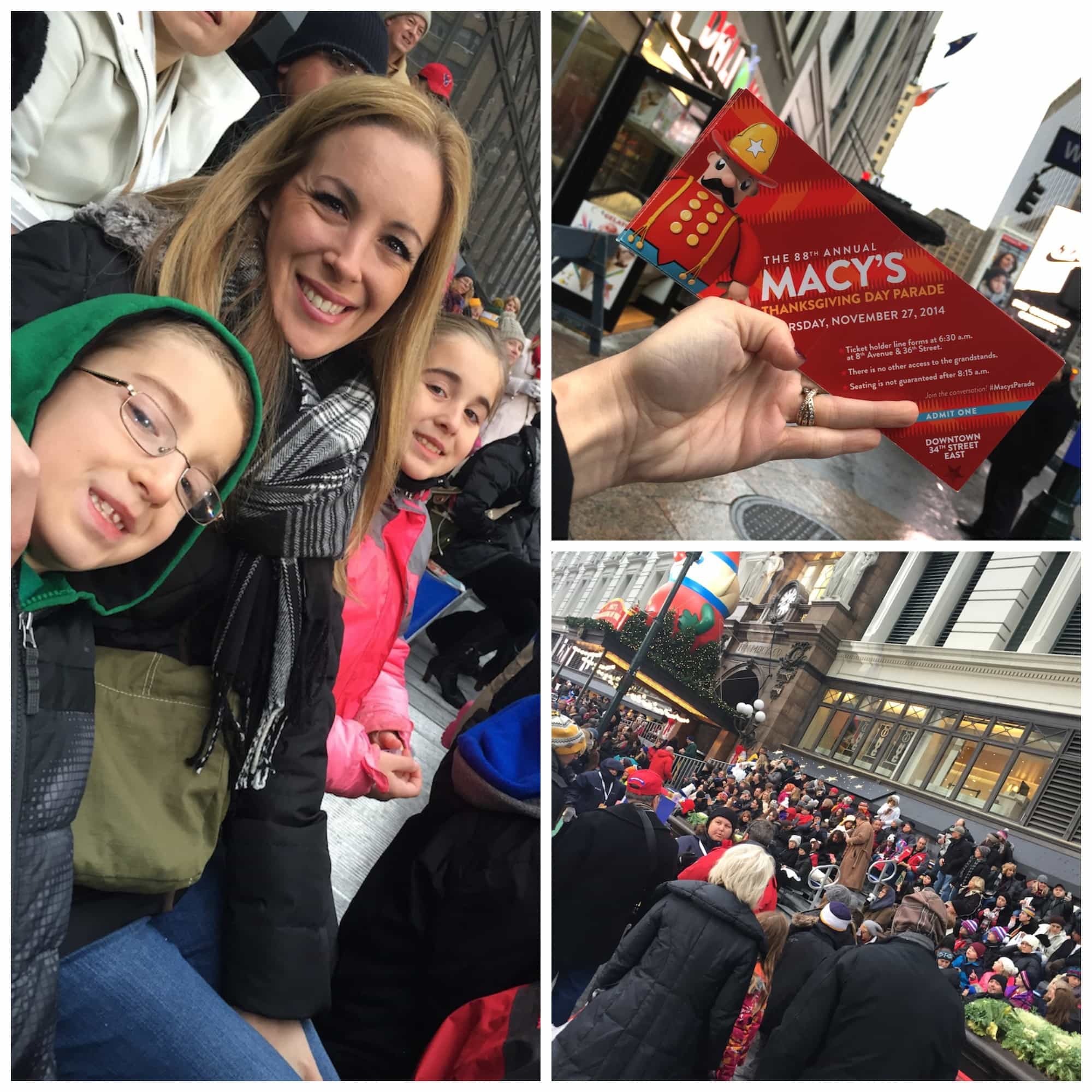 When I was 7 years old, my mother started taking me to the Thanksgiving Day parade. We went every single year until I was about 14. It was a TRADITION. We would all get up very early, grab all the blankets in the house, and jump on the N train.  I remember being SO COLD but being so HAPPY. It was always such an adventure! 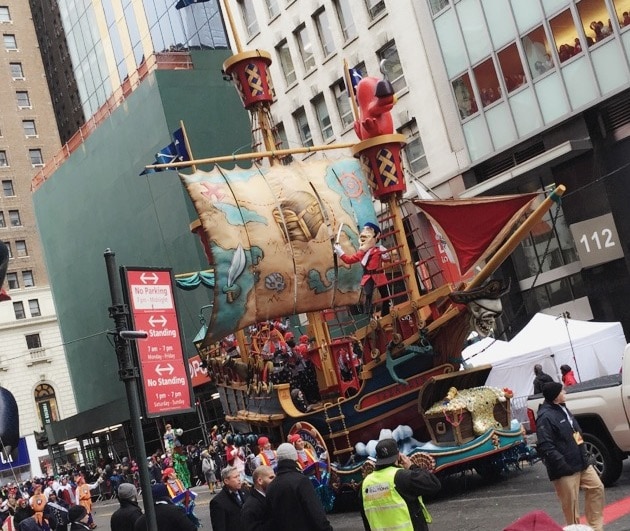 Since becoming a mom myself, I haven’t had the chance to attend the Thanksgiving Day parade. Until this year!! Pirate’s Booty showcased a brand new float and asked me to attend the parade so I could take a few shots of the Pirate Ship as it rode by. TOTALLY AMAZING! Here’s a peek but there’s more footage of it in the video below. Would love for you to see the entire parade in action by watching our video. I left the sound on so you can HEAR what it was like to be sitting there. 🙂 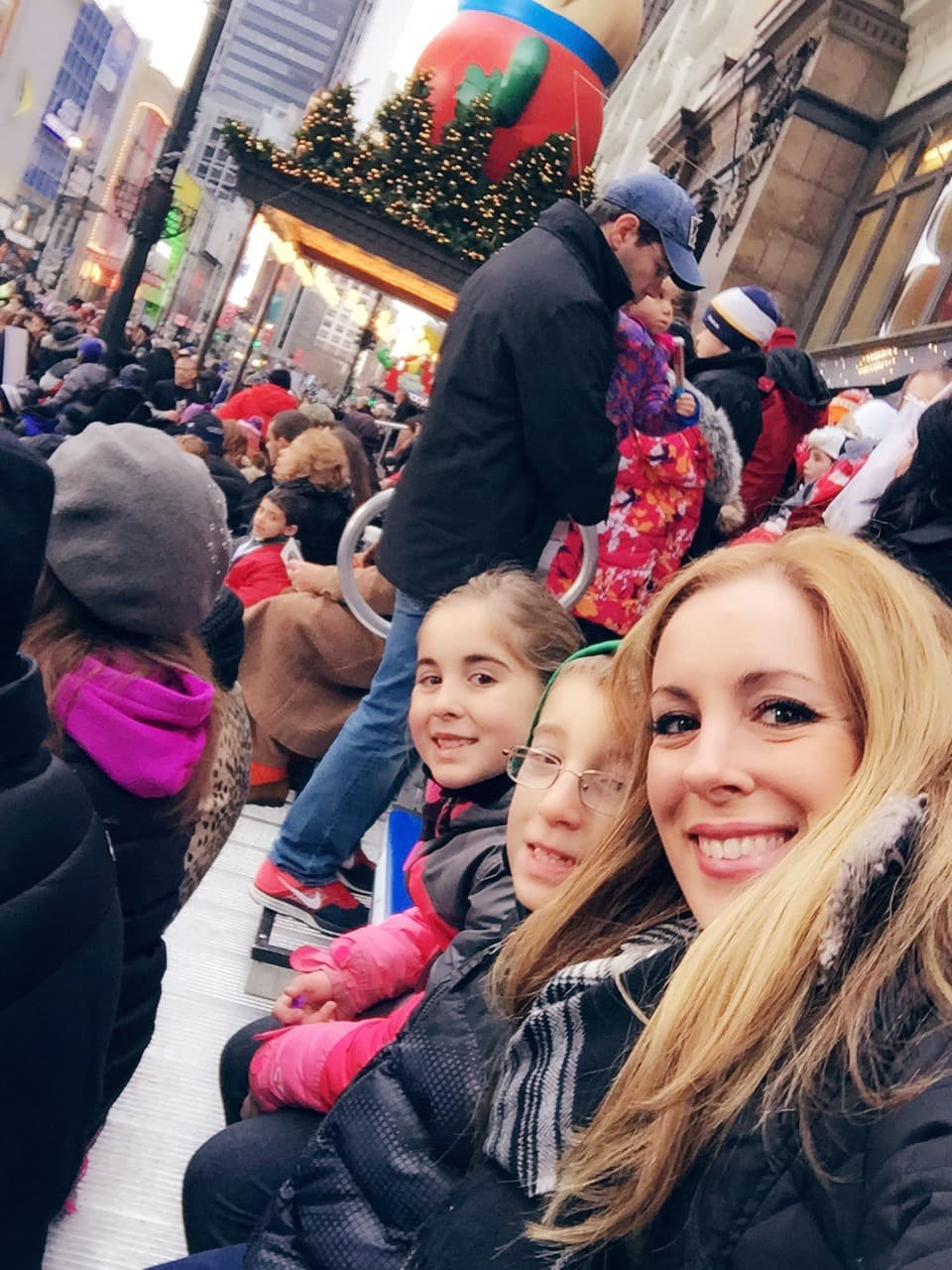 We HAD SEATS — on the bleachers!! WHAT!? As a New Yorker, I never thought in a million years I would do something this cool…even though I dreamed about it.  It was always something that I yearned for as a child. To have a proper seat during the parade. The street always worked — don’t get me wrong. I have very fond memories on the curb with my friends. But MAN WAS IT COOL TO BE ON THOSE BLEACHERS!! And look at where Pirate’s Booty seated us — we were RIGHT NEXT to the performances. One section over from those on TV. That meant we saw every single performance as it was happening. The kids were thrilled! 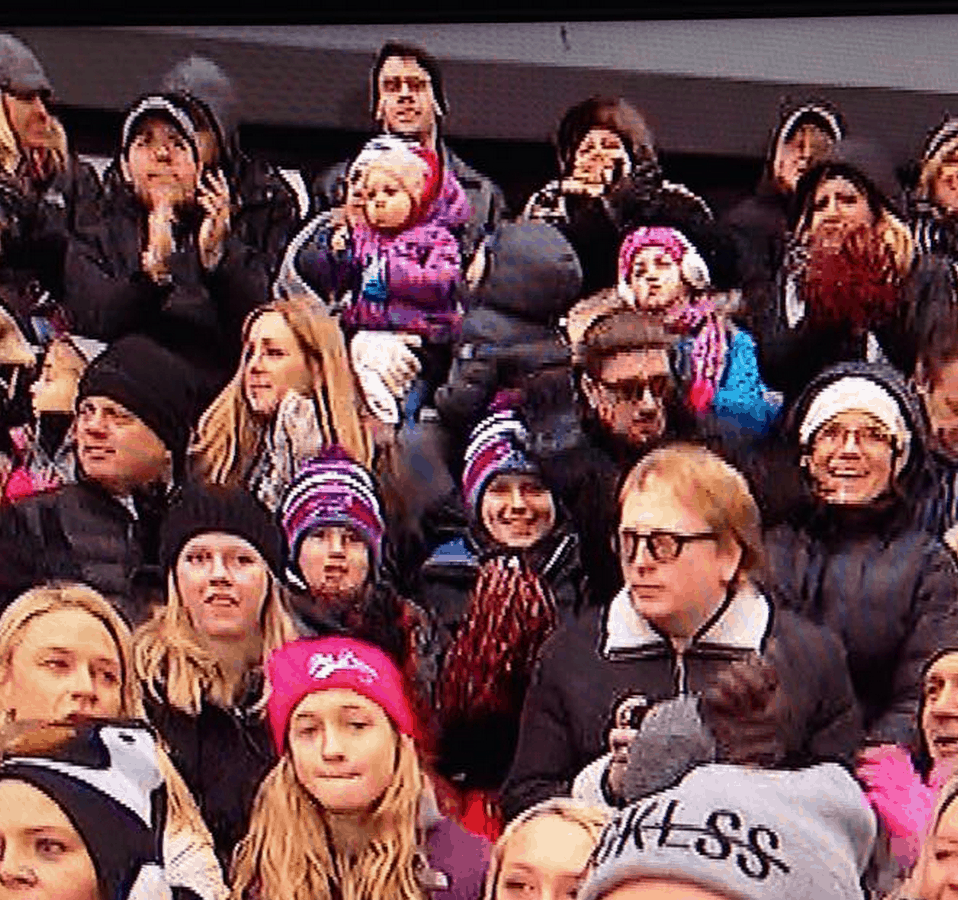 And even though we weren’t directly behind the action, we did make it on TV a few times! My friend sent us this little screen grab. LOL!! 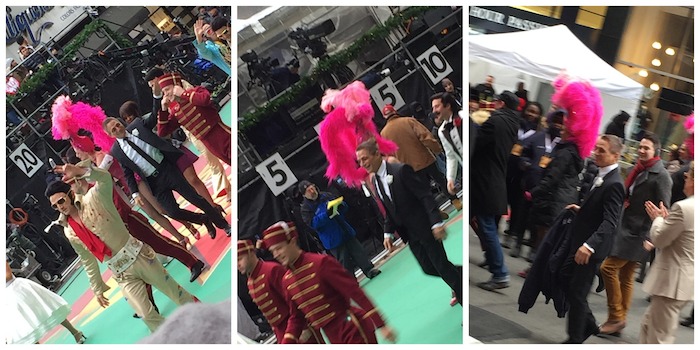 So what was it like? We saw performances from celebrities like Tony Danza and his Broadway crew. 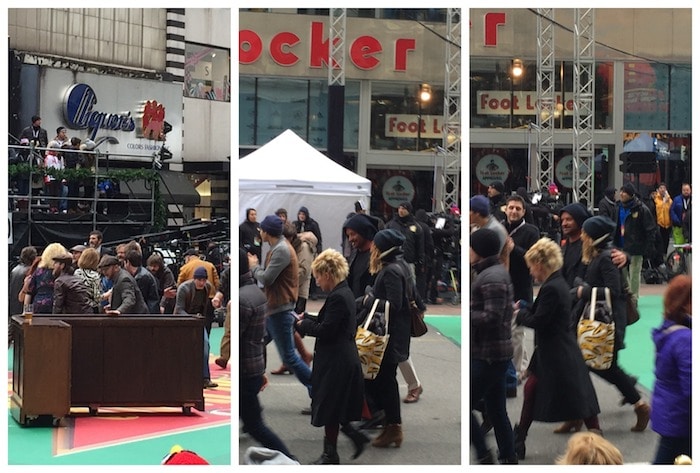 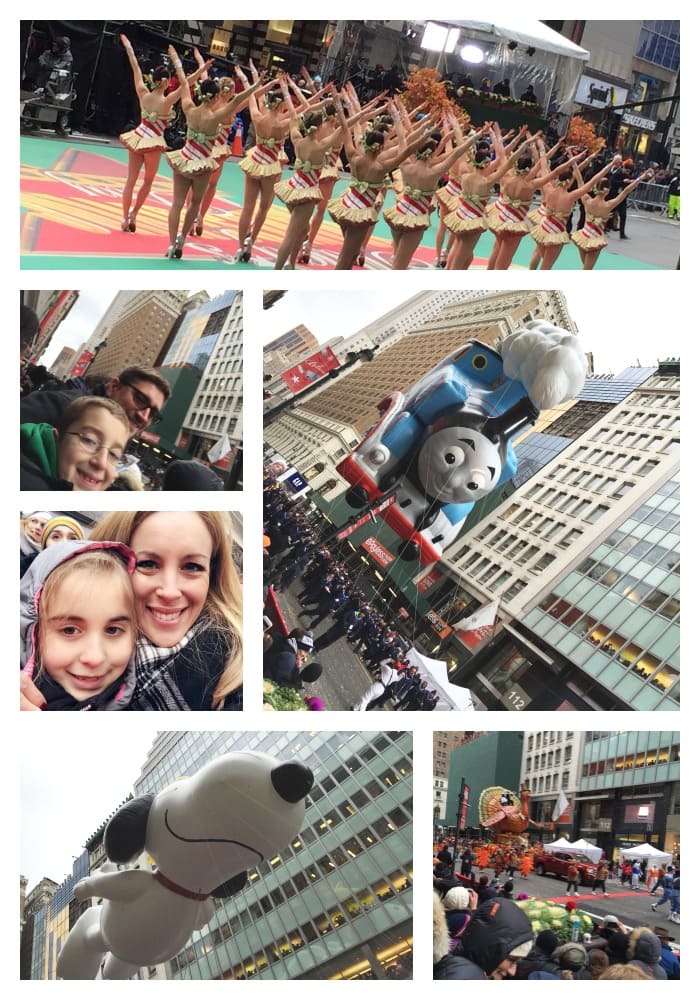 And then the floats started to come! Oh my goodness – it was really AMAZING. To see them live again – with my children this time – was such a treat. I will never forget that morning. The kids kept screaming. All their favorite characters kept coming down the street. And where we were sitting (at the very end of the parade) required everyone to turn a corner. So, you really never knew who was coming. It was a TOTAL surprise!

Goldie Blox, Paddington Bear, Sesame Street, Diary of a Wimpy Kid and the Power Rangers took over Manhattan. SUPER AMAZING. I especially LOVED how the Empire State building was behind the action. I thought it made for really cool shots – especially the super heros!! 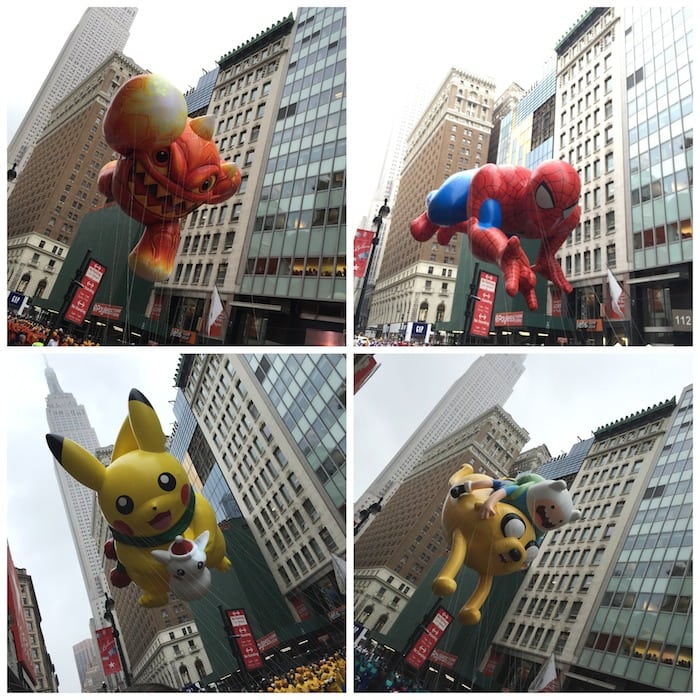 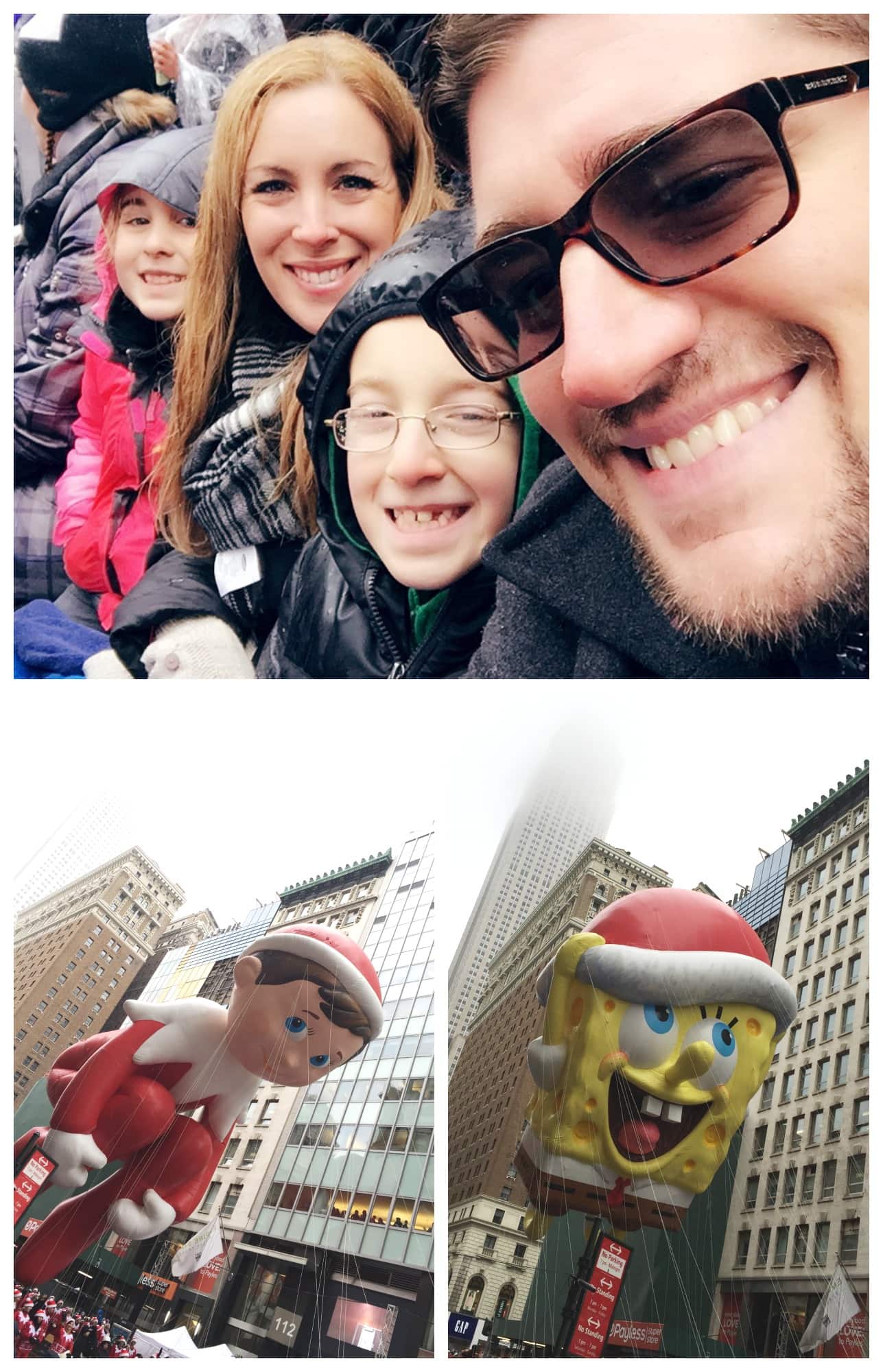 Totally amazing! And then the grand finale — 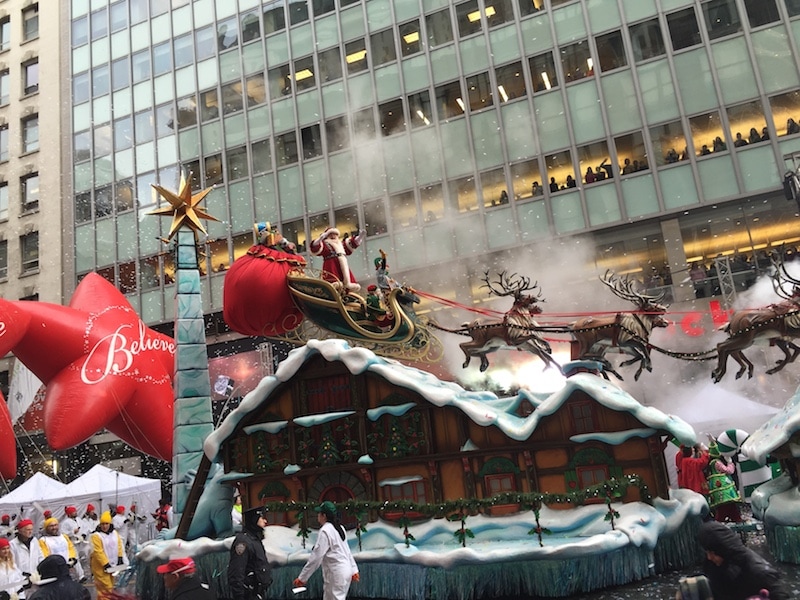 Santa!!! The kids went wild. Be sure to watch the video way on top to see all the action – especially the ending. You have to see what it FELT like to be there. SO FULL OF ENERGY!

Pirate’s Booty was one of several new floats that showed this year and we were so happy to see them part of the fun. They were the PERFECT addition. I mean – who doesn’t love pirates?! The kids snack on Pirate’s Booty — so they really enjoyed seeing the characters come to life.

Thank you again to the Pirate’s Booty brand for giving my family this experience. It’s one memory we will NEVER forget!!