Natalie invited a few of her girlfriends over for an American Girl Doll party to celebrate the release of American Girl Doll Isabelle’s latest movie. Everyone was so excited to watch ‘Isabelle Dances Into The Spotlight’. Have you seen this movie yet? If you have a dancer in your life, then you definitely need to check this one out.  American Girl’s 2014 Girl of the Year Isabelle Palmer™ dances her way into the hearts of girls everywhere in a new feature-length movie. It’s available on Blu-ray™ Combo Pack and DVD RIGHT NOW. 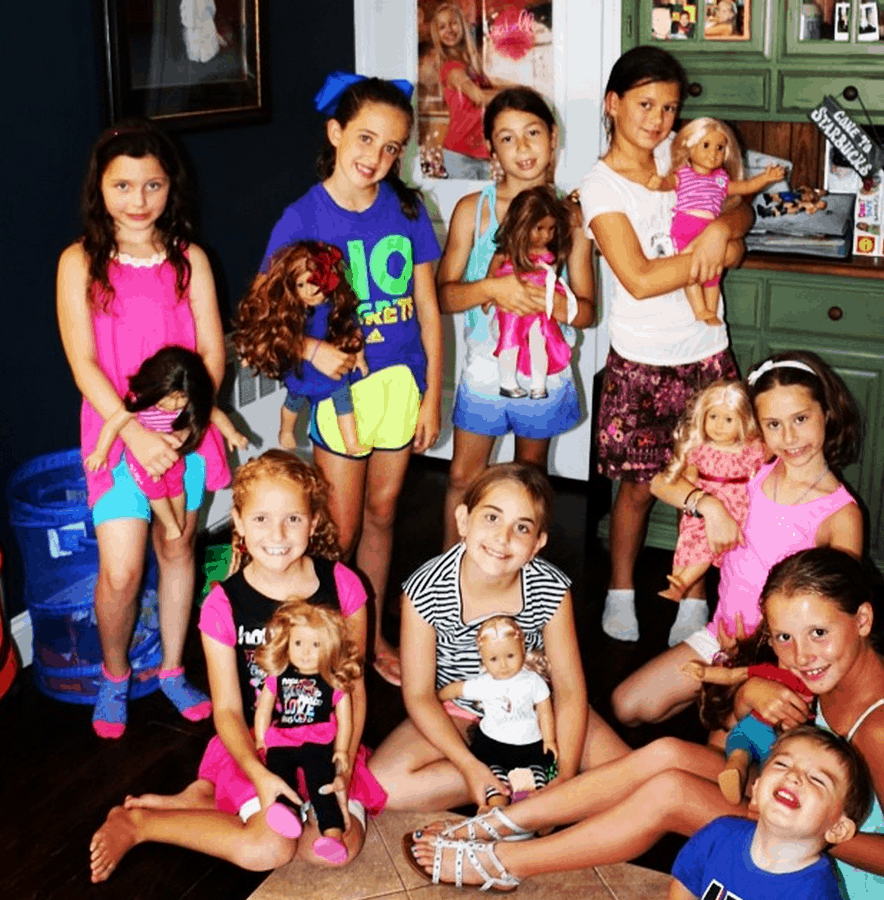 About Isabelle: Isabelle is a nine-year-old girl who lives in Washington, DC. She loves to dance and performs ballet and modern dance. She is able to enroll in her dream school, Anna Hart School of the Arts, but Isabelle can’t help but compare herself to other dancers and often gets performance anxiety.

About Isabel Dances Into The Spotlight: Isabelle, a 9-year-old dancer with a flair for fashion design, is thrilled to study ballet at a prestigious school. She has always been in her older sister’s shadow until a famous ballerina encourages her to audition for a professional ballet.

Did You Know Lots Of Girls Love American Girl Dolls? 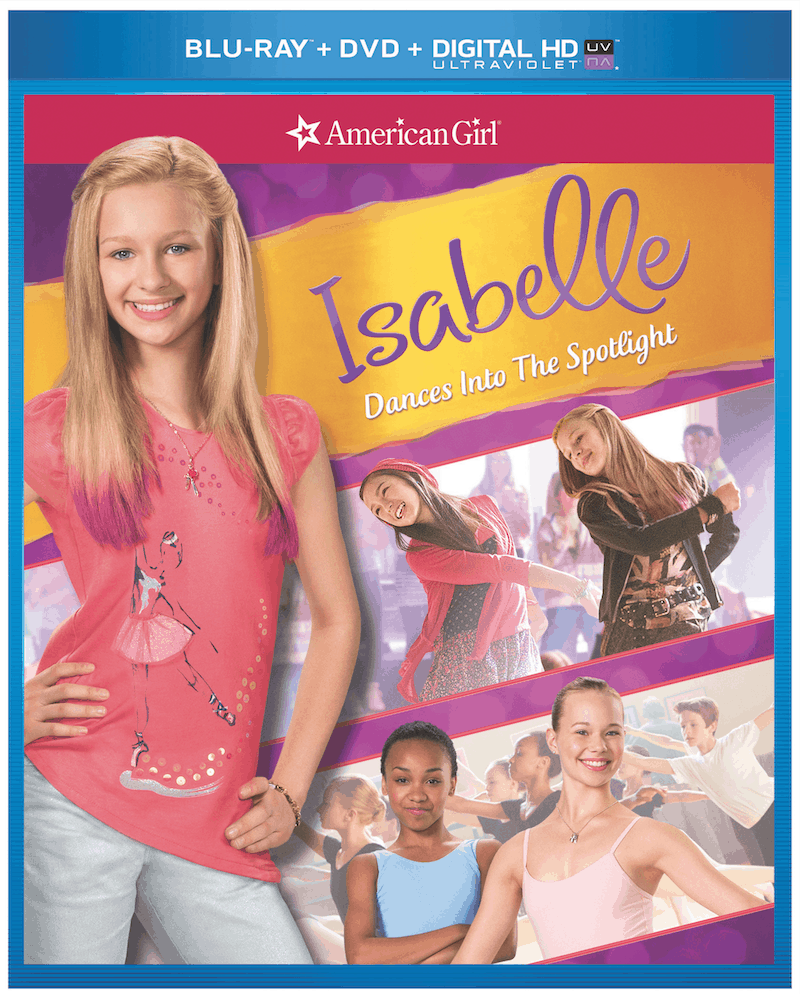 What girl doesn’t love a story about dancing? Isabelle is enrolled in the Anna Hart School of the Arts and doesn’t feel that she lives up to her classmates… and older sister, Jade’s reputation as the “star ballerina” in the classroom. A rival gets in the way and the story begins! The girls couldn’t help but root for Isabelle throughout her journey and I was right there with them. Every girl that came over is currently enrolled in dance and has such an affection for American Girl dolls. So, to watch them really connect with the story was heartwarming as a mom. 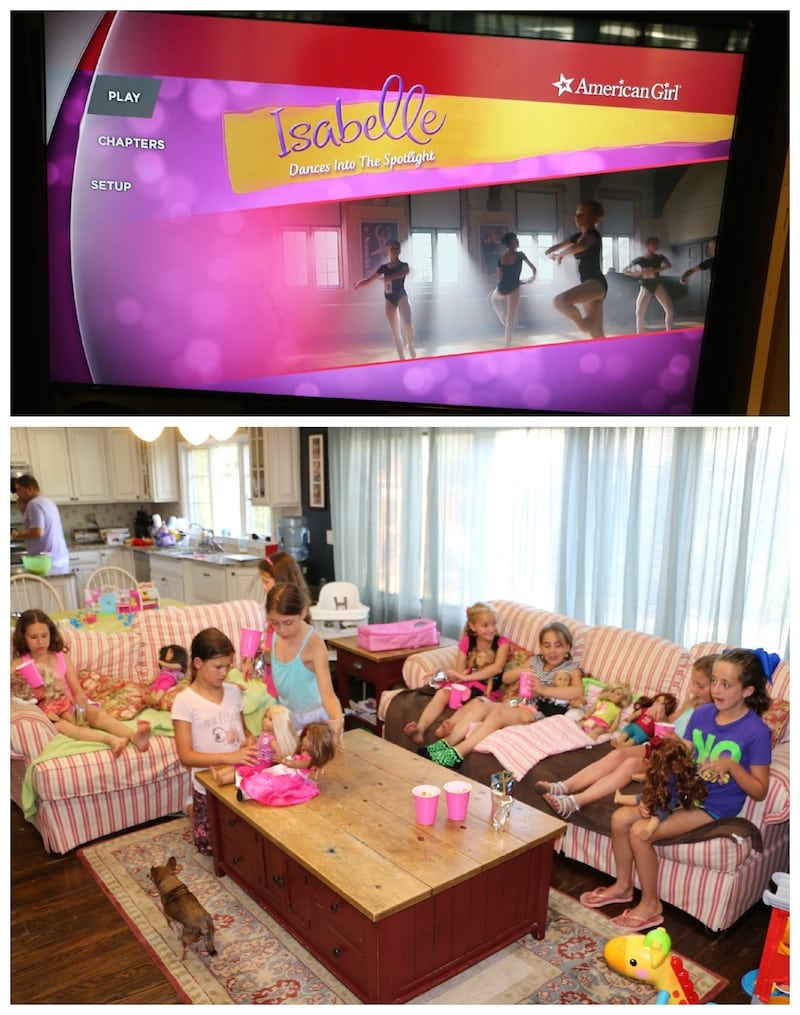 The kids combed their dolls’ hair, had a few snacks, and commented on their favorite parts of the movie. It was loud in my house – make no mistake! But as a mom, children laughing is probably the best sound in the world. I wouldn’t trade it for anything. An American Girl doll party is such a treat – for everyone involved. 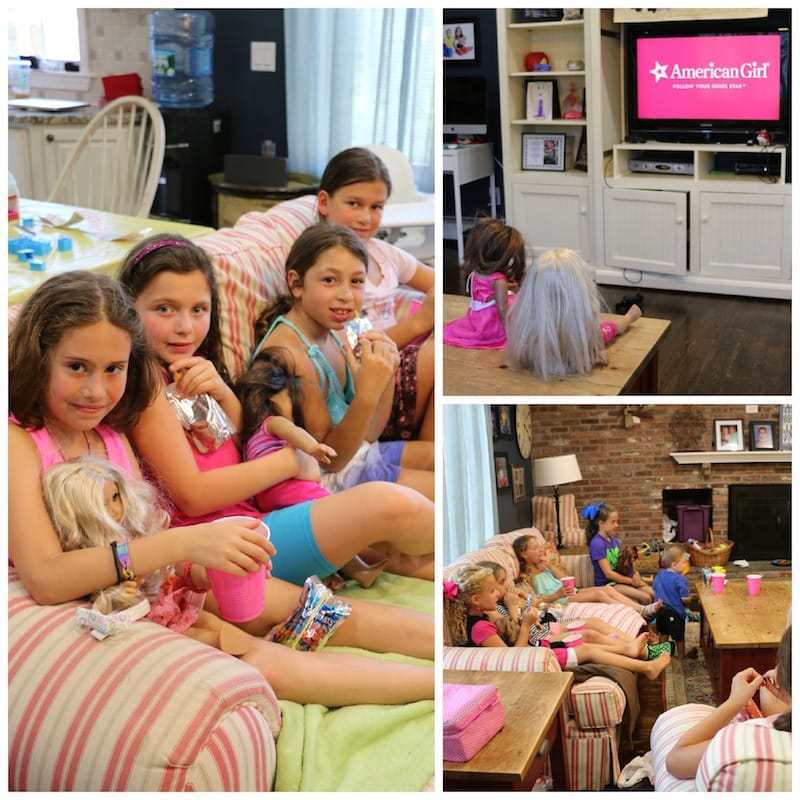 Isabelle fans can also go to americangirl.com/girloftheyear for a behind-the-scenes look at the upcoming film, including the movie trailer and video clips, cast and character bios, movie-related events, the “Isabelle’s Dance Jam” video, games, crafts, and more. The craft ideas are a great tie into the movie should you want to throw an American Girl Doll party yourself! 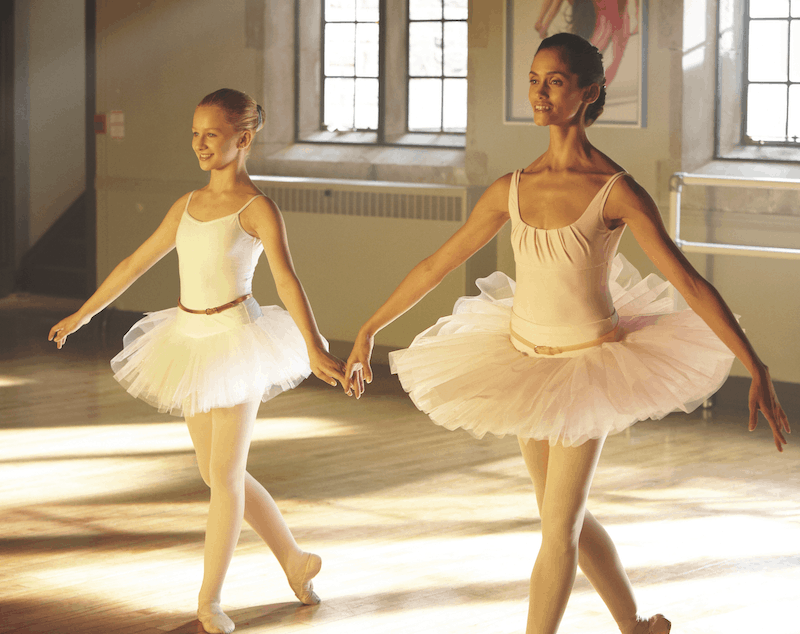 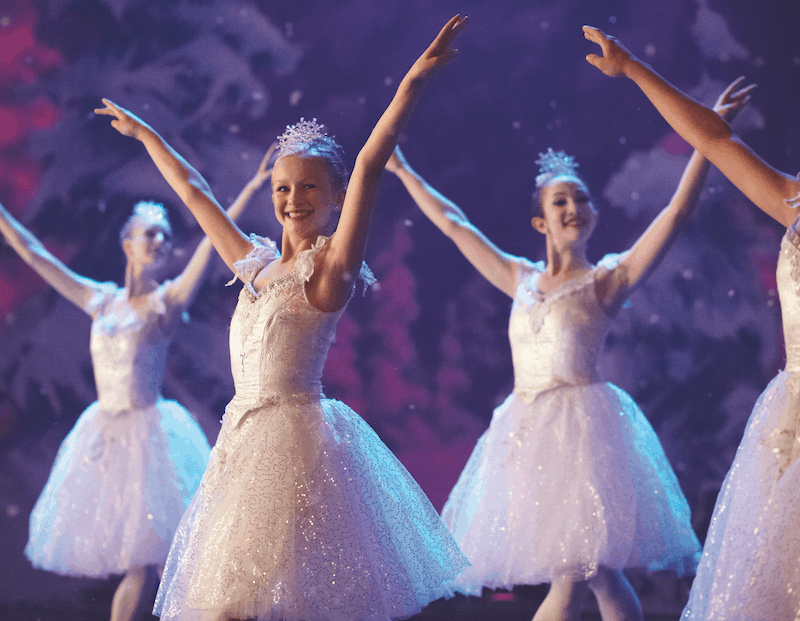 In the end, all of the girls approved! Especially the ending (which I am sure you can get by checking out the above photos hint /hint). Be sure to check out American Girl: Isabelle Dances Into The Spotlight. The little girl in your life will love it! 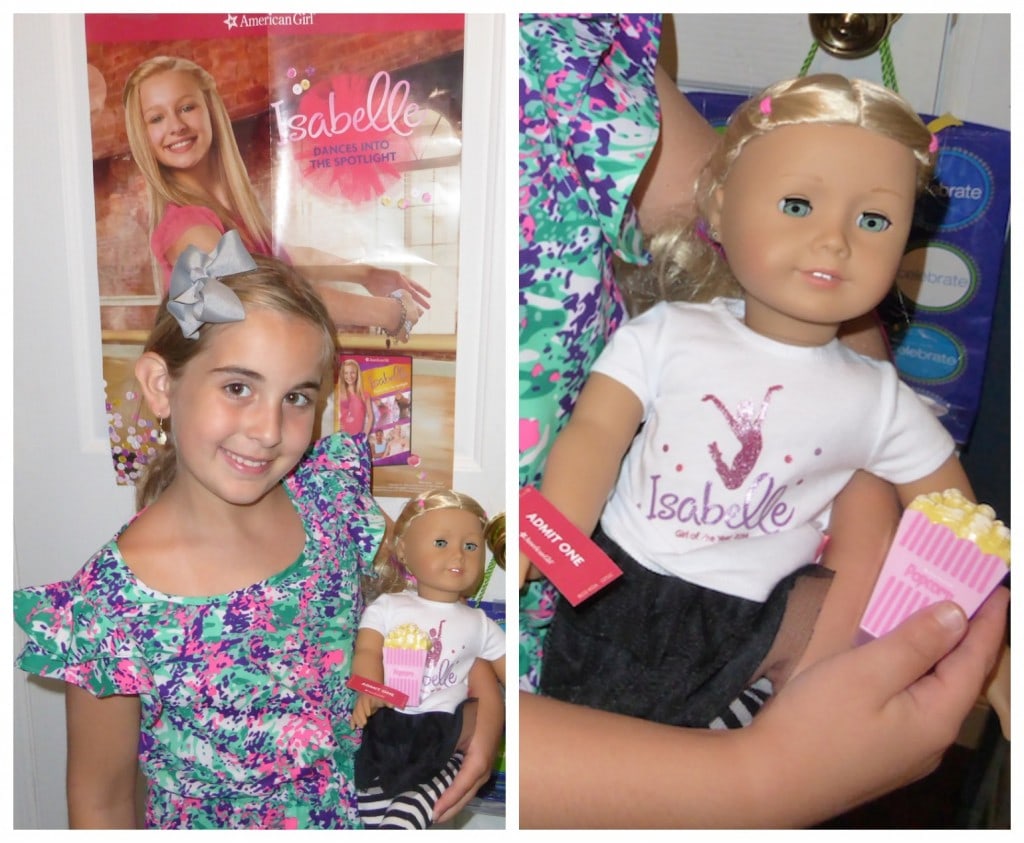 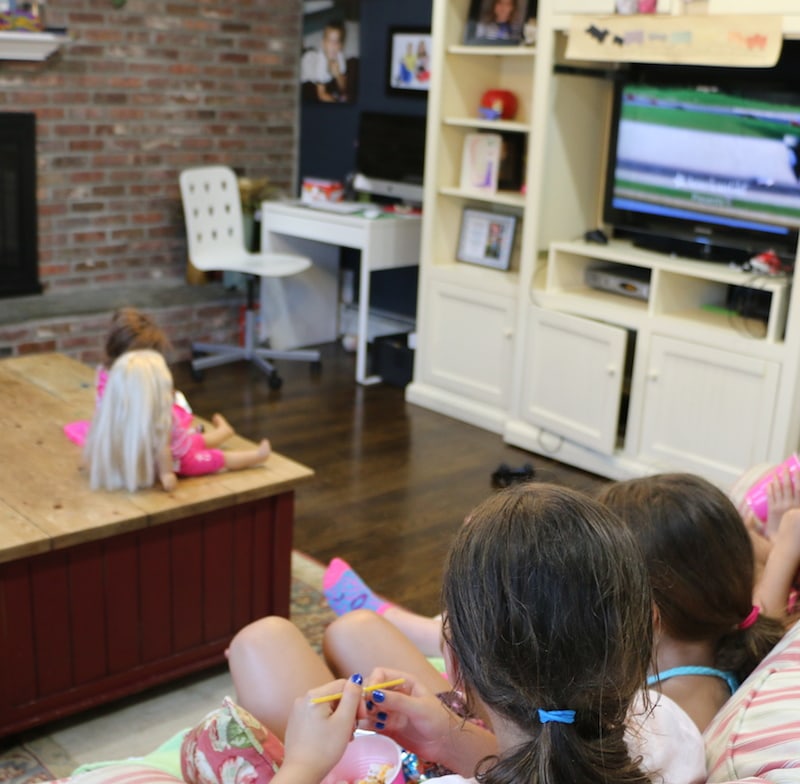 I bet their dolls will love it too!