A Day Of Fun At The Great Wolf Lodge 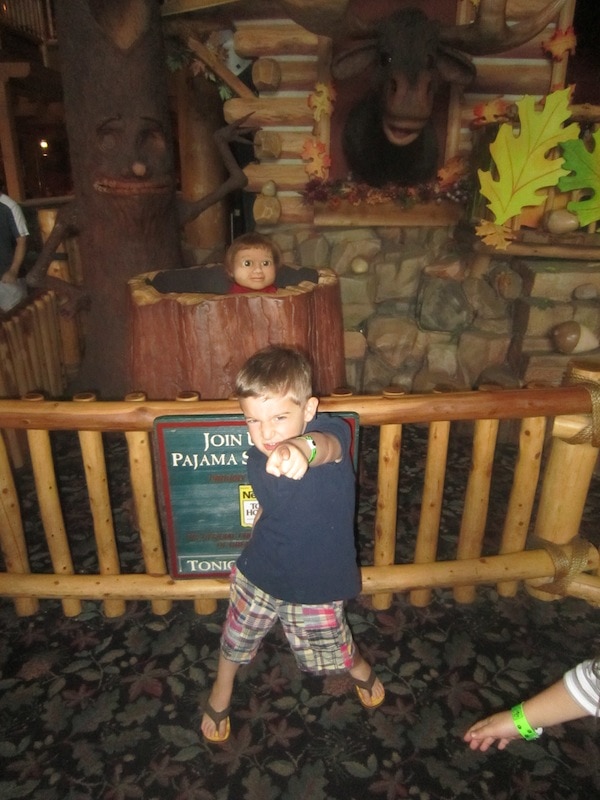 The Reviewers Retreat is happening over the next few days at ‘The Great Wolf Lodge‘ in PA. Audrey and I are putting on a gifting suite later on in the afternoon. We had to come up yesterday to unload all the boxes etc and I asked Bill and the kids to come along for the day. 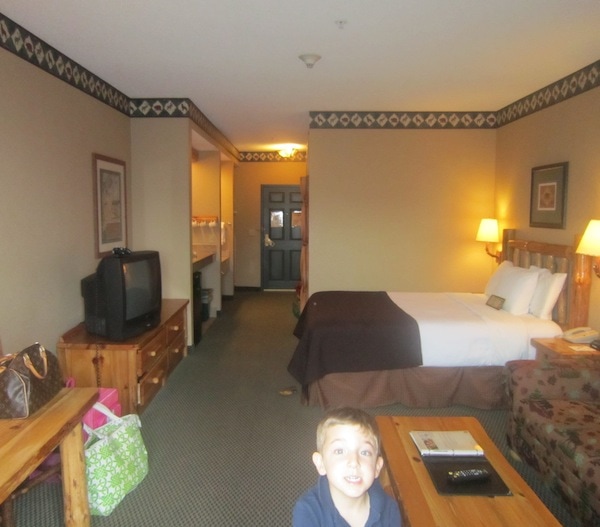 It was very last minute. I was going to come up by myself since it’s really work, but then thought WHY NOT! The kids can sleep while Bill drives them home and they can still both make it to school on Monday. So off we went. I am sure they will be exhausted today – but it was so WORTH IT!

The room was pretty spacious! We had a pull out couch, a queen and bunk beds. There’s also a balcony and two nice sized counters for storage. 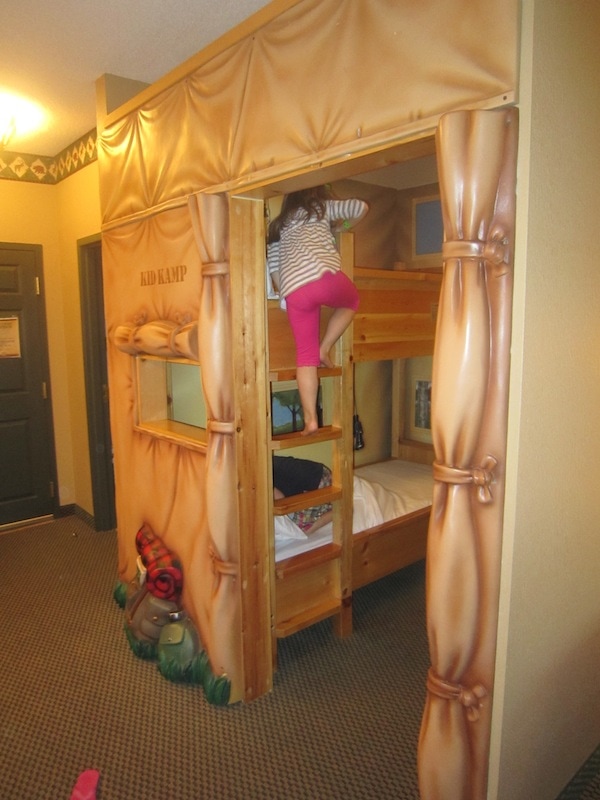 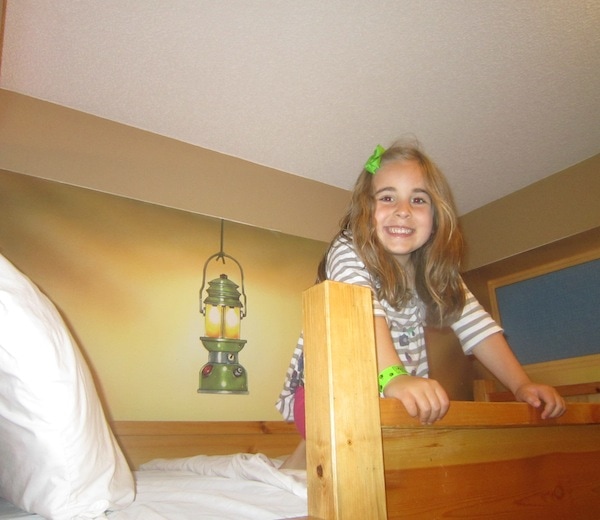 Naturall the kids were ALL OVER the bunk beds! I mean – they were begging me to get some for our house within minutes. Then I had to break it to them that they wouldn’t be sleeping in them… needless to say they were NOT happy. Within the kid cave, there’s a game system to keep the little ones entertained. It looks like an XBOX controller – but we never turned it on. 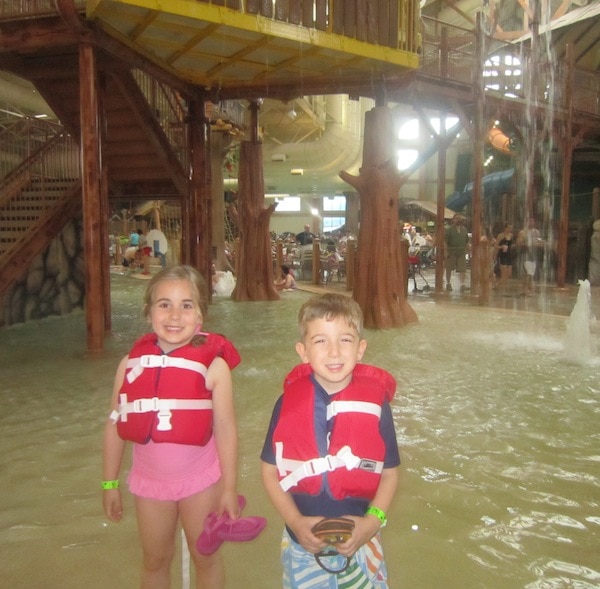 But they got over it once we went to the water park. I think we spent 5 or 6 hours in there. I met up with a few friends and their families (Colleen and Audrey) and we went on one slide after the other. I had as much fun as THEY DID!

At first, I put the kids in life vests (they were free when you walked in), but eventually took them off because the water wasn’t really ever deep. And besides, we were attached to their hips at all times.

For $10 you can rent a locker, which we did. But it’s not necessary. People left their shoes in corners and under seats. I brought my camera along so I felt safer paying the extra money. 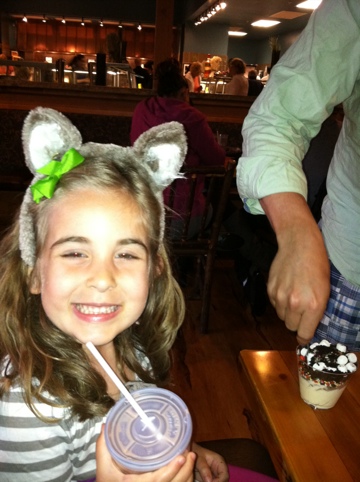 When we had lunch, each child got a free set of wolf ears  – sweet! Souvenirs included!! 🙂 And since Liam is 3 – he ate for free. 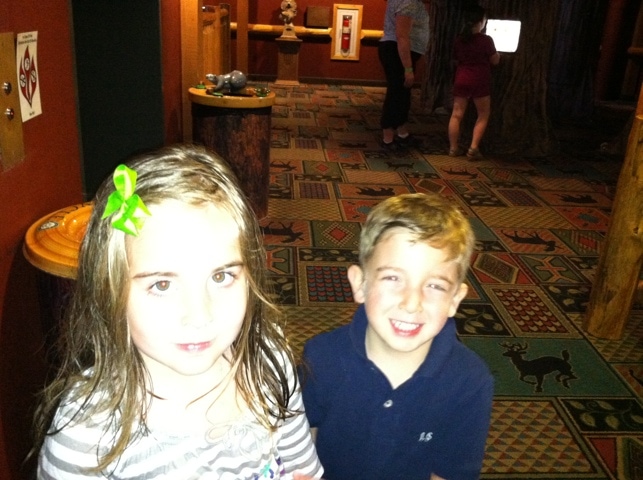 As you walk around the hotel, there’s this magical game the kids can play. For $30 you get a wand that activates challenges all around the floors. Kids were MANIC running around trying to beat their quests. It really looked like so much fun!! Since my family was leaving we didn’t participate. 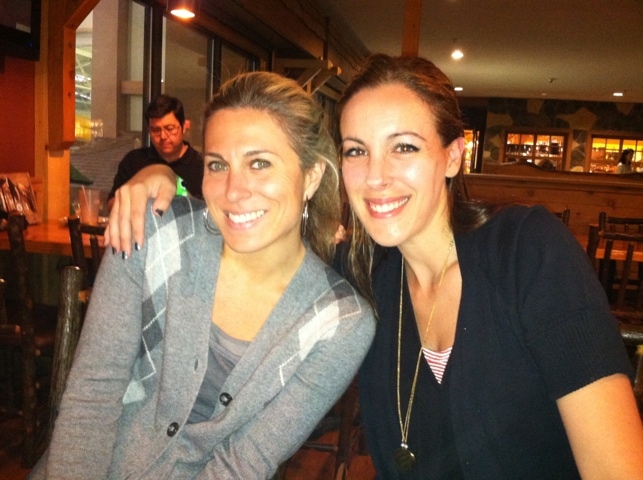 There are a dozen or so ‘Great Wolf Lodge‘ resorts around the country. It can be pricy. I think the general rate is somewhere around 350-400 bucks a NIGHT. I was on the conference rate which was just over $100. We asked the sales team and they said they do reduced rates with 10 rooms or more. It might make sense to get a big group of friends to come out for the night because the savings can be substantial.