Why Is It So Hard To Relax? 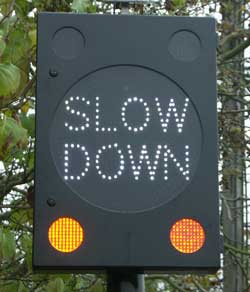 Last week, I hired another writer to replace me on I’m Not Obsessed. After the scare we had with Liam, I just felt I wasn’t be present enough in the lives of my kids. It would be different if I was going to work and out of their sight. Instead, I am working at home telling them all the time that I can’t play. “Later – baby. Later”

It started to feel like it was happening all the time.

I’m getting older… and so are they. So, I decided to just let go of the control and stick to writing on LATB and working on events for Getting Gorgeous. Of course, there is still a TON to be done behind the scenes with INO, so I am constantly sending out tips / stories / images etc. to whoever is on schedule. I will never completely remove myself from that site, because INO is my BABY.

And now, I have a lot of downtime. I mean to the point where I actually went for a 30 minute walk yesterday. My husband was convinced I was possessed by an alien or really fit demon because that is SO out of character. I grabbed my iPod and just walked. I refuse to spend money on the gym because we all know how that ended up last year. I went like 3 months and then never again.

When I got home from my walk, I showered and felt really good. The kids were having a play date and once again I had nothing to do. So, I sat there thinking maybe I should run out and get a manicure but then decided against it because I would just be wasting money to waste time.

Instead, I just sat down at the table and started to read some magazines that were piling up. But that lasted about 5 minutes.

It was a very strange feeling. To slow down. To have nothing to do. I could have went to my office and worked (because there is ALWAYS something more to do), but I wouldn’t allow myself because I want to be more than just that. It’s been too many years of too much time spent online.

So, here I am with the brakes on…. ready to run again. What do you do during your downtime? I need a hobby…