Where is Disney? That’s a tough question considering the company offers so many different ways to experience pixie dust. 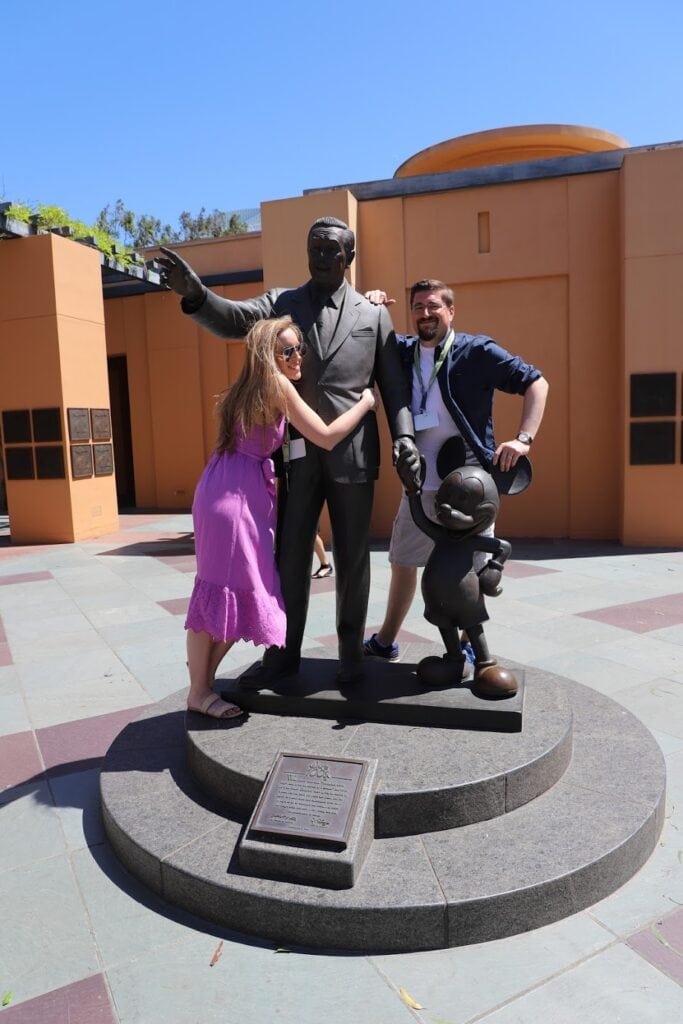 Besides Disney World, Disneyland, Disney Cruises, Adventures by Disney and now, Aulani in Hawaii… there are countless ways to celebrate with the mouse that I can rattle off to you using this post.

Pop-ups, concerts, radio stations, movie deals, and of course, your everyday birthday extravaganza. Disney is pretty much everywhere you look. I’m not complaining – please don’t get me wrong.

After a full week of jumping from one offering to the next, I can say with pure clarity that I know exactly where Disney is. 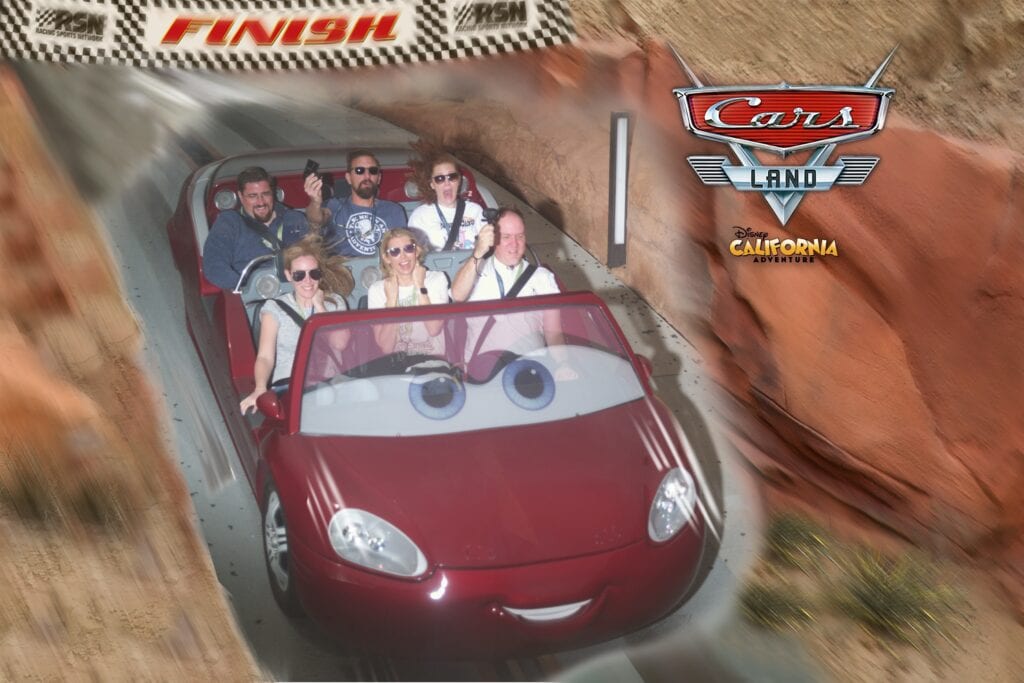 Who do we have to thank for all of this Disney goodness?

Well, we have one man in particular. One visionary. One dreamer. One culture shifter. Walt Disney took an idea and ran with it. He surrounded himself with people who understood his passion and built a company that would – quite literally – change the scape of the world as he knew it.

Stop someone on the street today and ask them if they know what Disney is. If they happen to say no (and LOL – as IF that is possible), then ask them about Pixar, Star Wars, ABC, ESPN, Marvel… should I go on? Where is Disney? 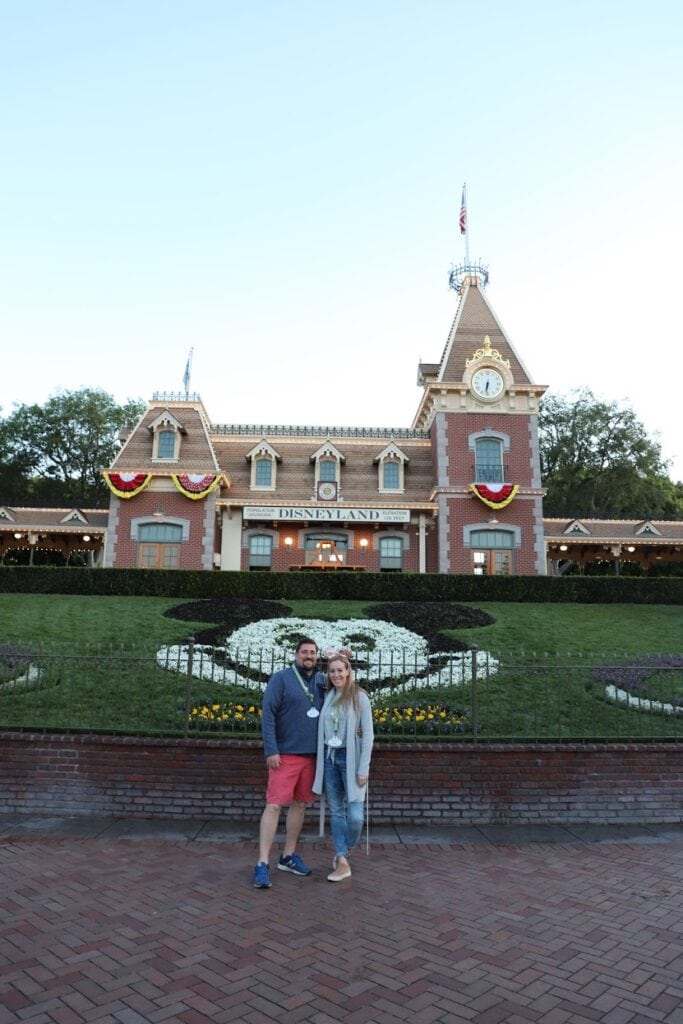 Ok, fine. Technically speaking, I’ll show you a few different addresses just so you can place them on the map. 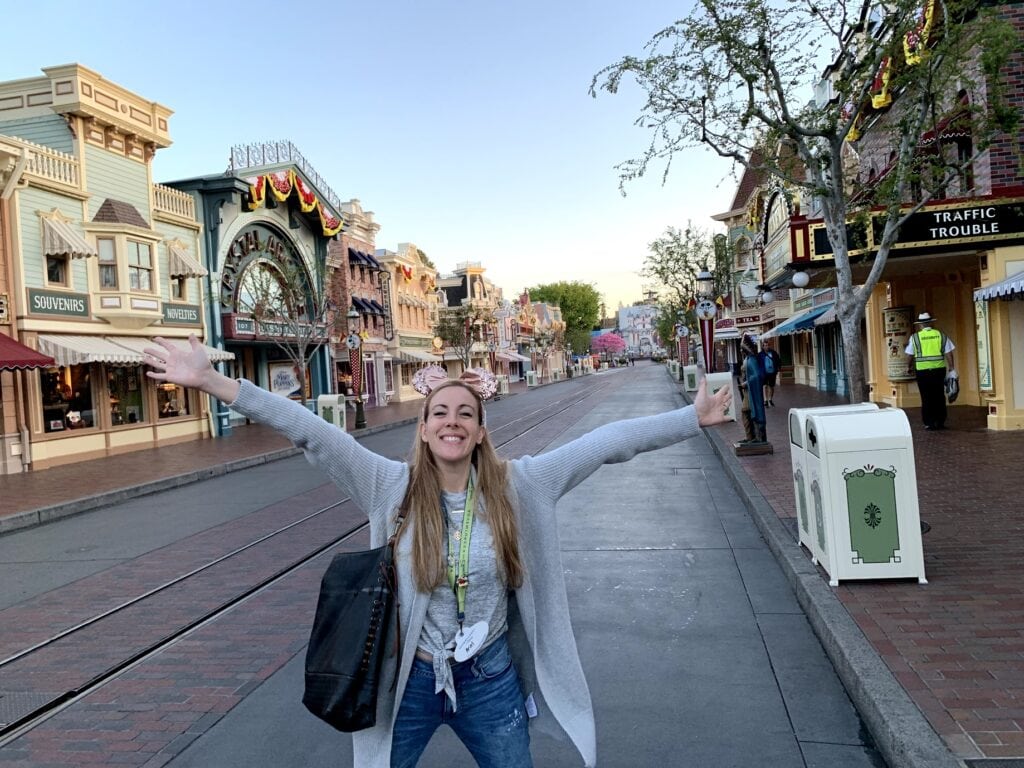 This week, I had the pleasure of spending some time with the Disney PR team and they took me to several different locations to explore. I’ve been to Disneyland before – twice. The first time I was invited to attend Miley Cyrus’ sweet 16 birthday party. Isn’t that crazy?

I used to run a celebrity website for a while and she closed down the park and invited me to cover her party. A few hundred guests got to run around after dark and it was absolutely amazing!

The second time I visited was when I came out for D23 – which was an adventure all by itself! But I never enjoyed Disneyland with my husband prior to this trip. So, it was such a treat to stroll Main Street with my Bill. Too bad we didn’t get matching Disney vacation shirts! 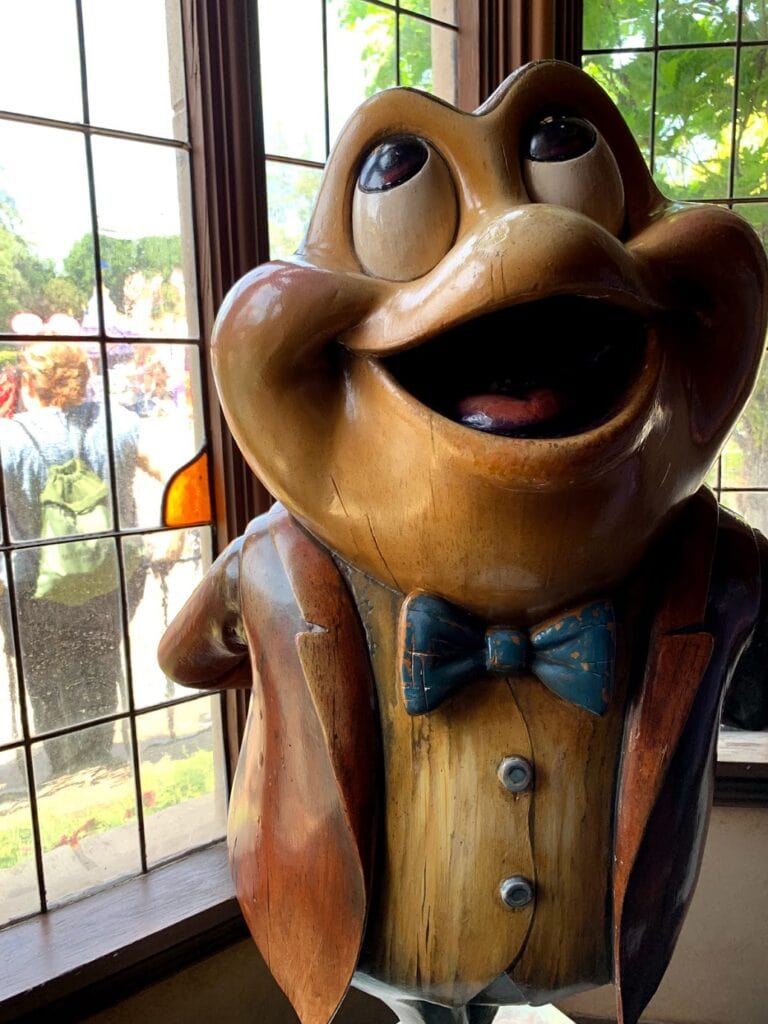 And I have an entire post coming up about what we did together.

So, be on the lookout. But one thing I have to talk about RIGHT NOW is Mr. Toad’s Wild Ride. Exactly what I mean about finding Disney. This was my favorite ride as a child.

There was something so crazy about a “scary” Disney ride and Mr. Toad absolutely fascinated me when I was younger. This makes complete sense now since I am obsessed with horror movies. LOL!

Well, I was able to ride my most favorite ride with my husband – the man I’ve spent the last 20 years with – and I got to show him something that I’ve loved for all my life.

I walked him through my childhood memories and he made fun of me the whole time (of course) which made it that much more special. 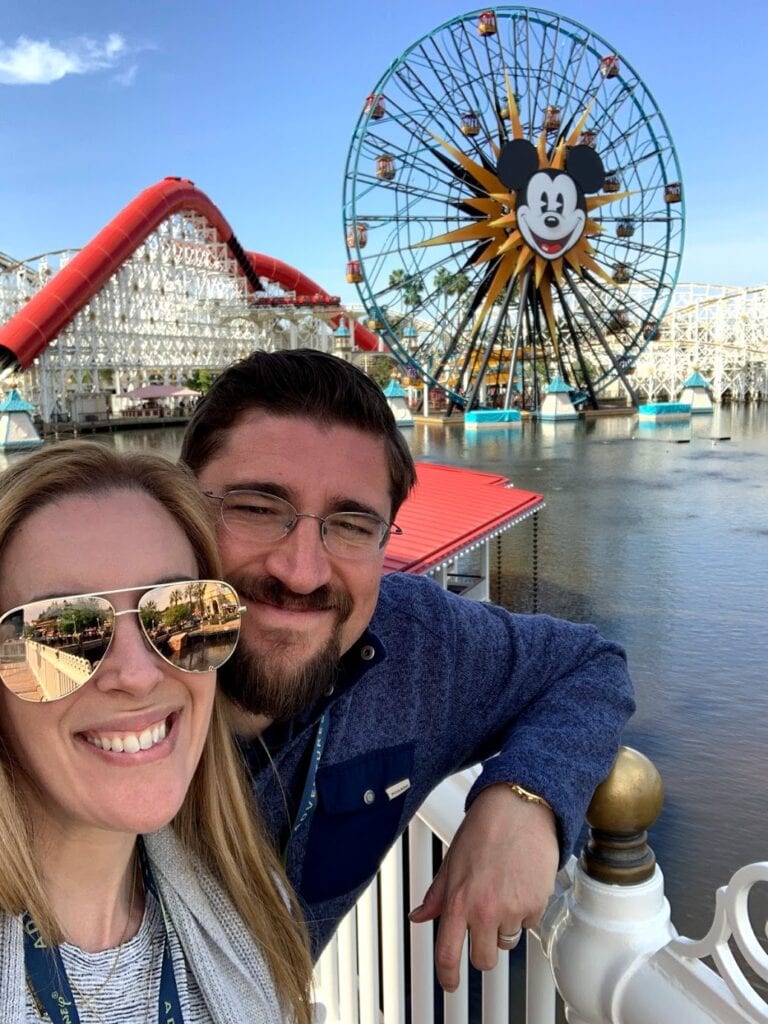 We did this together. We created a new memory together on top of a very special Disney memory that I already owned. So, Disney gave me that and more. Where is Disney?

Sure, I can give you an address… but Disney also exists deep inside my heart. Embedded in my childhood. And now, it has helped create another bond that I share with my husband. 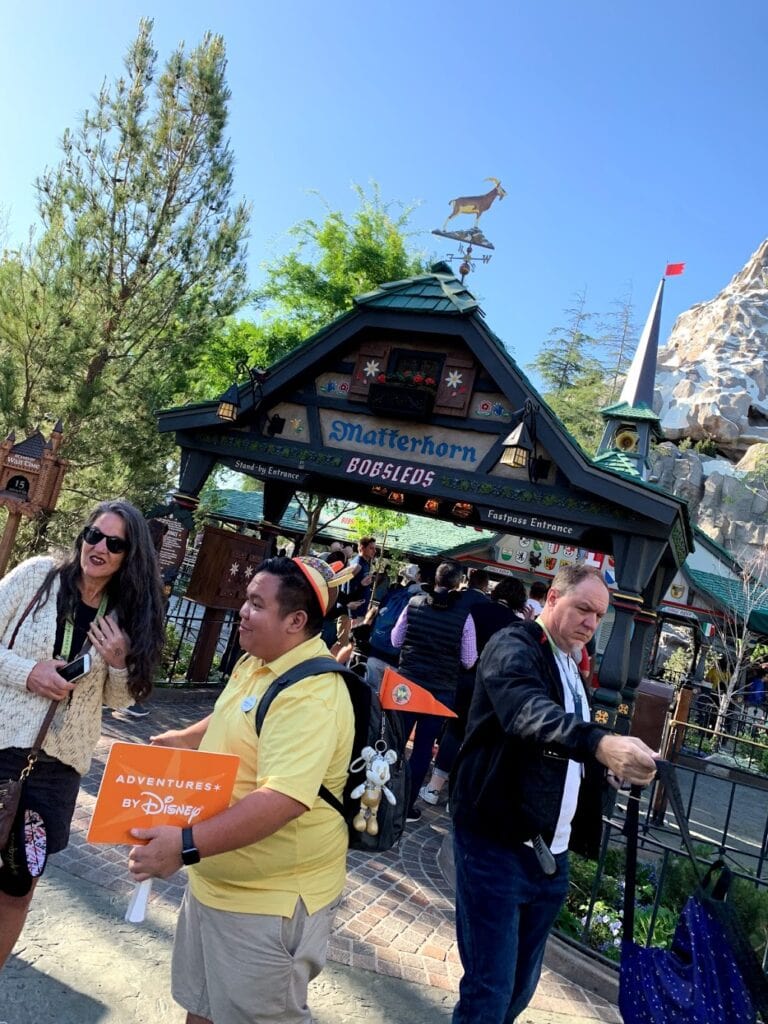 They just added Tokyo to the list and my heart is currently exploding because of it! An absolute DREAM!

If you want to see the wonders of the world while still holding onto the level of service and magic that only Disney can provide, then this is the tour option for you. Where is Disney? Everywhere you want to be!

Tour the Coliseum in Rome and then have your little ones dress up as gladiators in an area that no one else can access.

Have a country in mind that you might not want to visit because you are unfamiliar with the language? No problem! The guides are all fluent and able to communicate your every need. 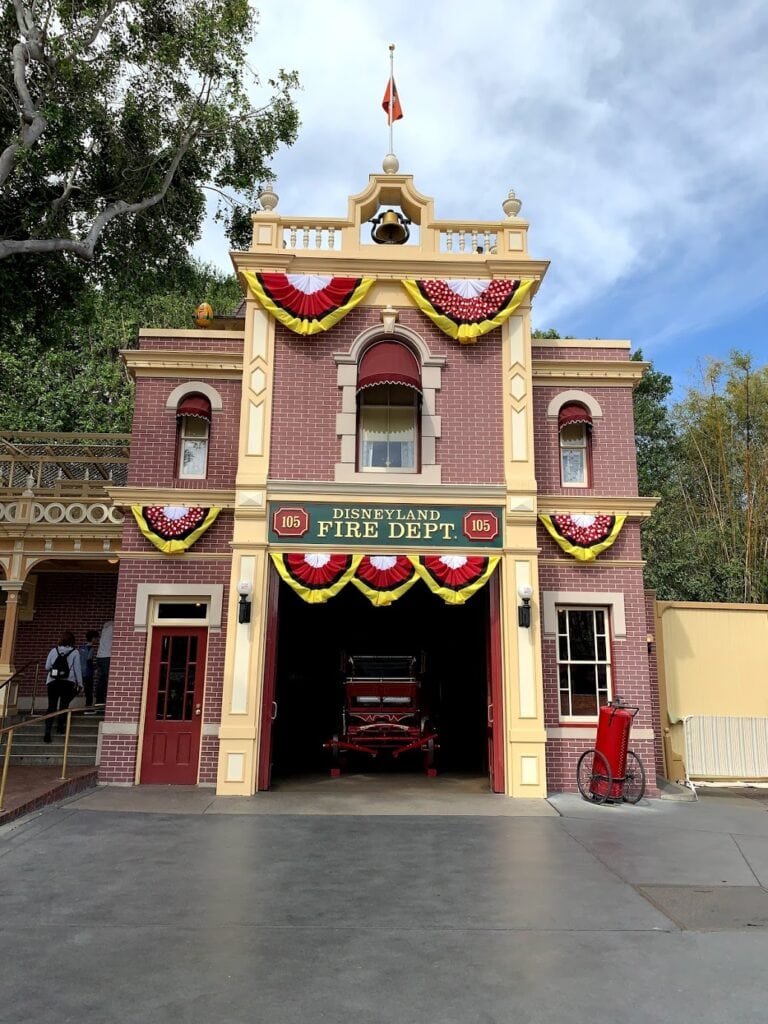 And they will take you places you just cannot access otherwise!

Sure, you can go online and try to copy their same exact itinerary, but guess what? You won’t be able to get inside any of the places they can – like Walt Disney’s apartment overlooking Main Street.

We went up there! Can you believe it? And not only did we get to spend some time exploring the rooms, but we heard personal stories about his life with his family. Made me tear right up!

If you want to at least look at his apartment from the street level, it’s above the firehouse. 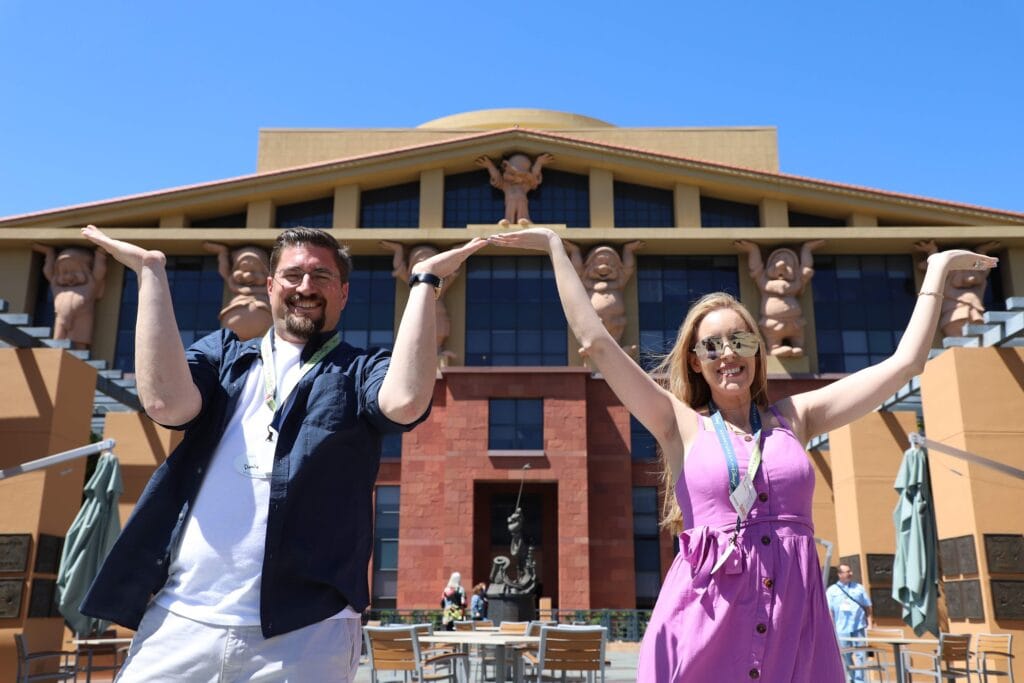 Adventures by Disney gets you in places you literally wouldn’t be able to get into without them. So, where is Disney? They are in places you just can’t even fathom. 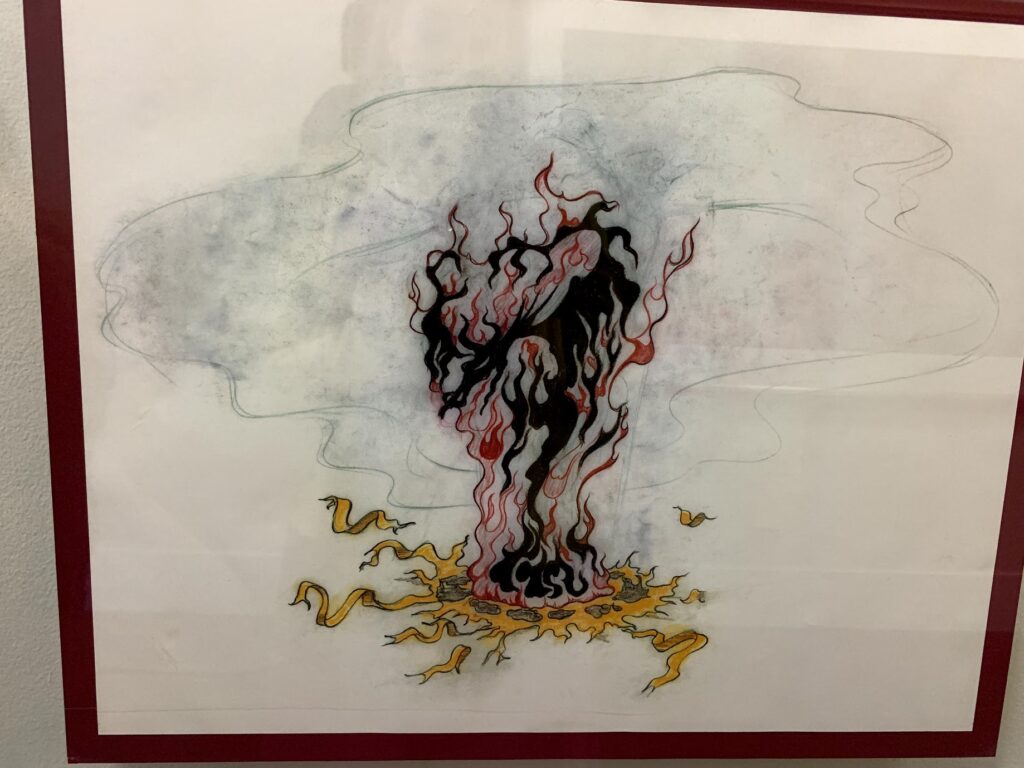 The particular tour we took was for true Disney fans.

We went on behind the scenes lots, accessed the backstage area of rides, toured working buildings were Imagineers spent their days – truly magical. But like I said, Adventures by Disney is GLOBAL. Our tour was the “most Disney” tour they had.

In most cases, you truly are just seeing your country of choice with a sprinkle of pixie dust here and there. Mickey Mouse won’t be trotting along every day with the group, but he might make an appearance or two. 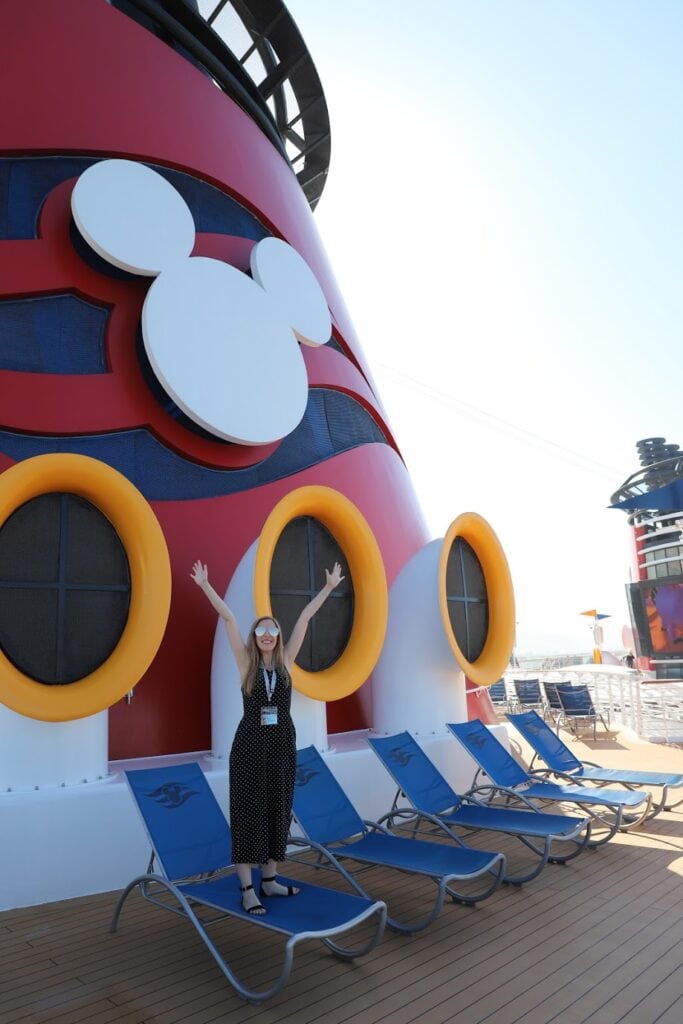 Disney isn’t only on land. It’s on sea as well! This isn’t the first Disney Cruise I’ve taken and it certainly won’t be the last. A jam-packed itinerary and plenty of things to do around every corner, the Disney Wonder took us to Mexico for the day and allowed us to get an incredible taste of what a longer-scaled vacation had to offer.

Related: What to expect on Castaway Cay

Related: 9 things to expect on the Star Wars at Sea Cruise

Related: 8 things your kids will enjoy on the Disney Fantasy 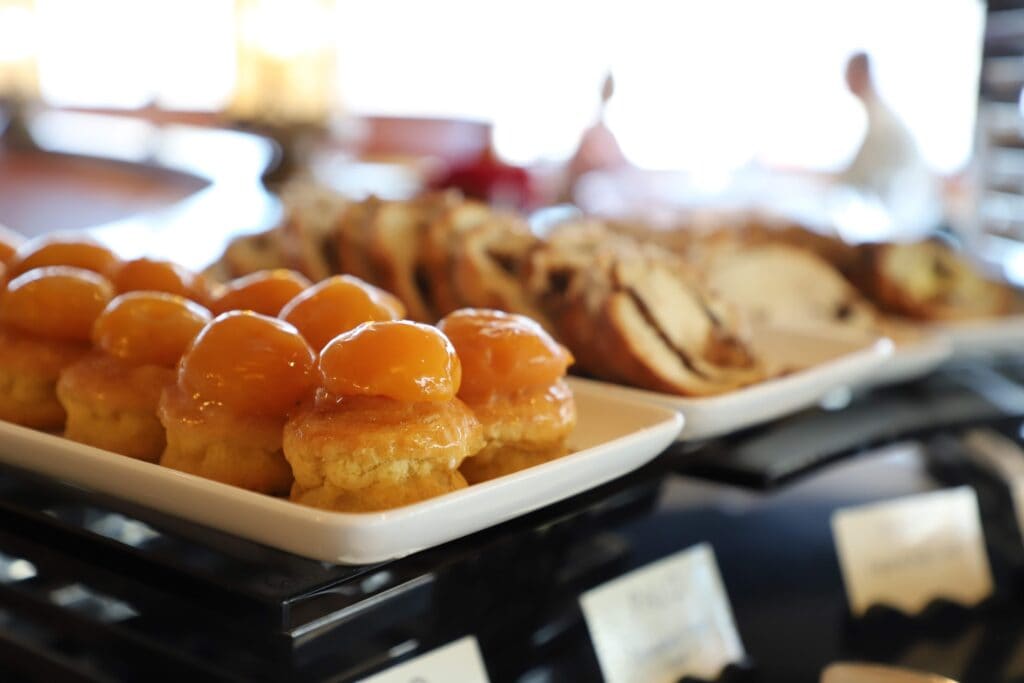 Amazing shows, great dining, plenty of sunshine and so many adorable princesses! Everywhere you turned, there was a family with kids all dressed up. What an incredible sight to see. 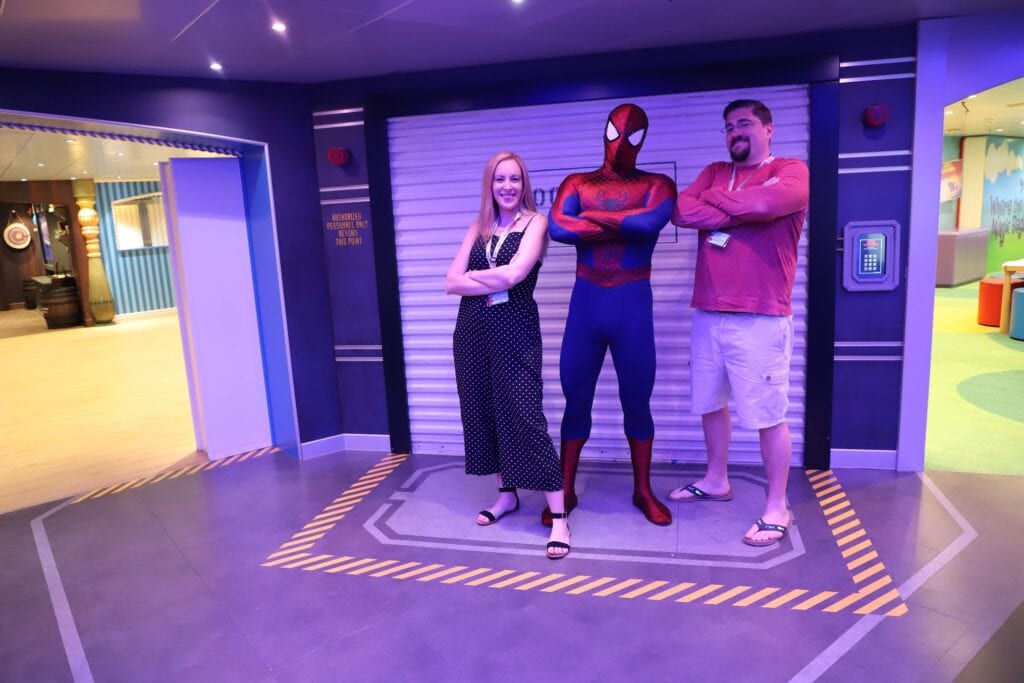 I have so much to say about each of these properties with plenty of photos and video to support it all, but I will leave you with this about the Disney Cruise. When two punk kids from Queens got to hang with a superhero who was also from Queens… you know that meant we had a great day! Adventure unlocked!

Spider-Man was so much fun and your children will get to meet him as well. And NOT ONLY HIM! Just add him to a list of incredible characters available in the Disney kids club and you have a party. I have personally used this service several times and my three love it so much!! 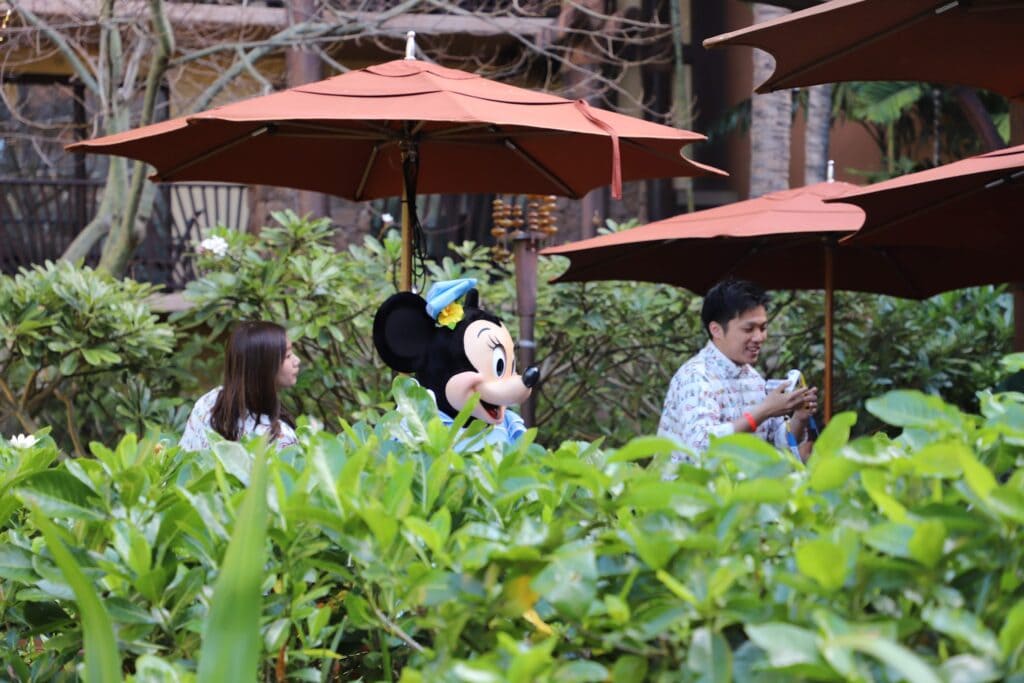 Just when you thought you knew it all, Disney threw us a curveball and built an incredible resort for everyone in Hawaii called Aulani. So, it’s not just California, Florida, cruise lines, and tours all around the world. Now, you can add one more tropical adventure to the list. 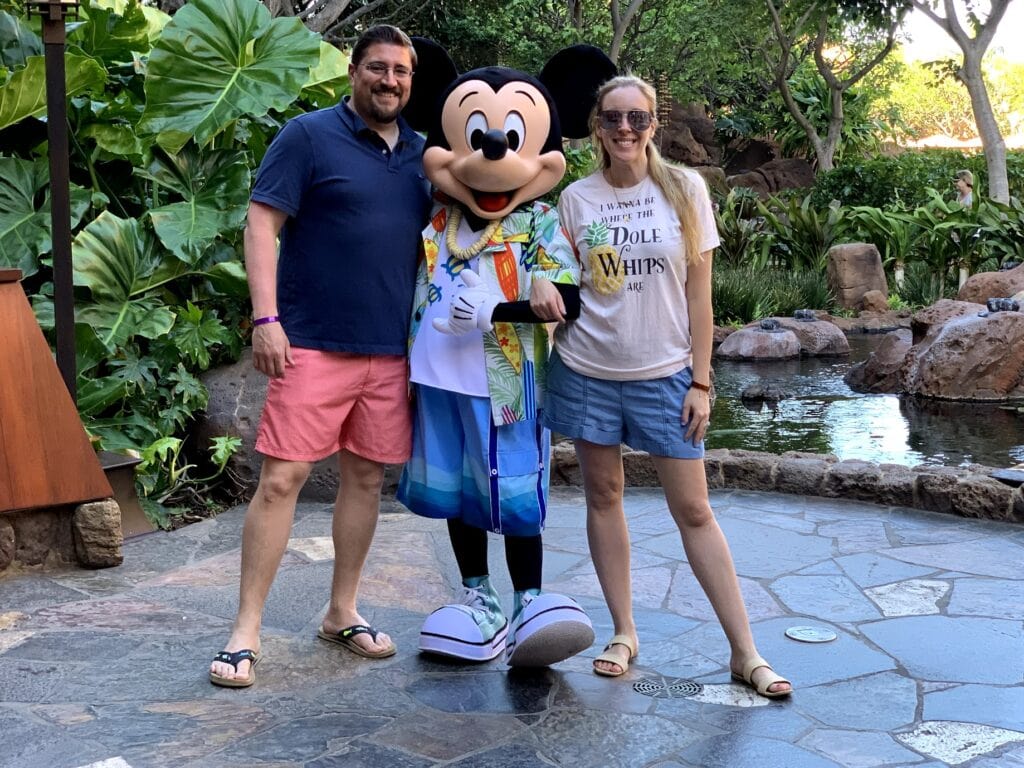 Aulani was pure magic. It was the resort that you’ve been dreaming of. It wasn’t overtly Disney – not by any means. In fact, I would argue that there almost wasn’t enough Disney for a true Disney fan.

Every now and then, you would catch a meet and greet opportunity – but other than that, it was predominantly Hawaiian.

Disney intentionally built the resort in this fashion because they wanted the island’s culture and history to outshine the mouse. The Disney customer service is there.

The Disney level of quality is there. But there are no Main Street parades or crazy escapades. Aulani is truly just a magical getaway on its own. 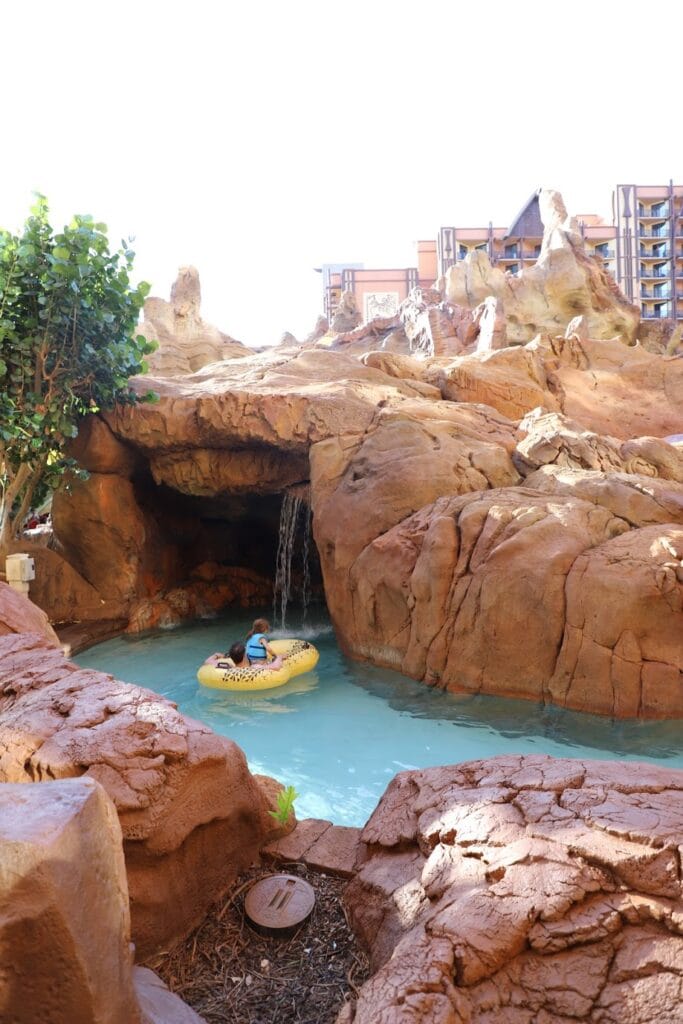 I have to say that this portion of the trip was my absolute favorite. I think because I Iive such a horrifically hectic life, my body was craving a bit of sunshine and slowing down. So, I needed to be where Disney was… on a lounge chair on the beach. 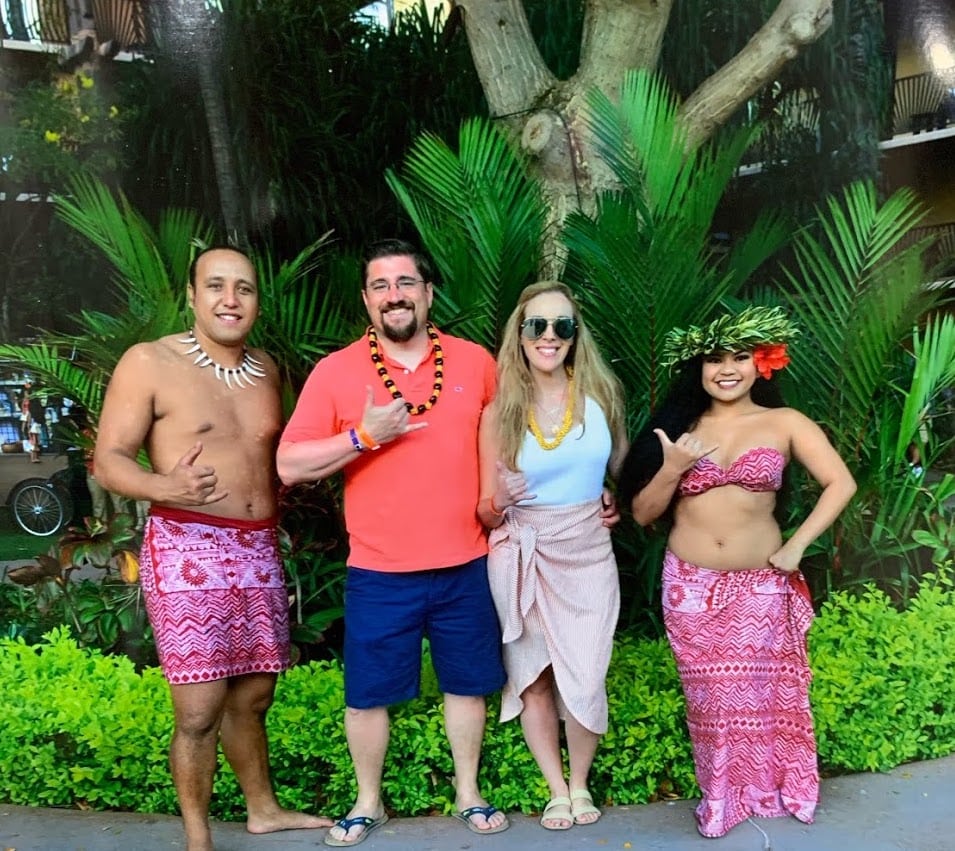 Memories created. Lasting memories. Memories that my husband and I will cherish forever. The last time we visited Hawaii was on our Honeymoon – 18 years ago.

During that trip, we told each other that we didn’t think we would ever return. I’m so glad that we did with Disney because they ensured everything was absolutely perfect – as only Disney could. 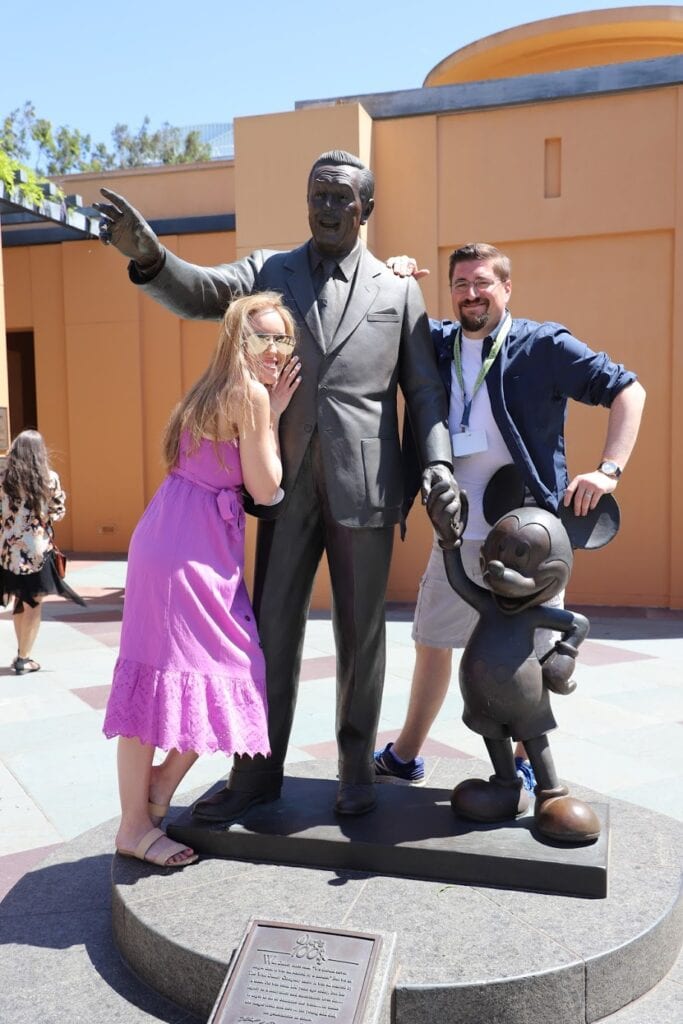 So, truly… Where is Disney? After all of the touring and exploring. After all of the documenting and flying and bus riding and driving. Where can we find Disney? I feel like, after this Disney Adventure, I can say this with conviction.

In the friendships that we formed.

In the children that we still are.

In the eyes of our babies.

Where is Disney? It is in all of us.

Disney is in our dreams and in our DNA. It’s what our children wish for when they blow out their birthday candles and it’s in our photos that line our halls in our homes. It is our yesterday, our today, and it will be a part of our tomorrow. And I am so very thankful for it.

I hope you give these offerings a chance. Have you heard of each of them before? I know my friends are least familiar with Adventures by Disney. Curious if its the same with you. Looking for Disney tips and tricks? Be sure to read up before your next trip! 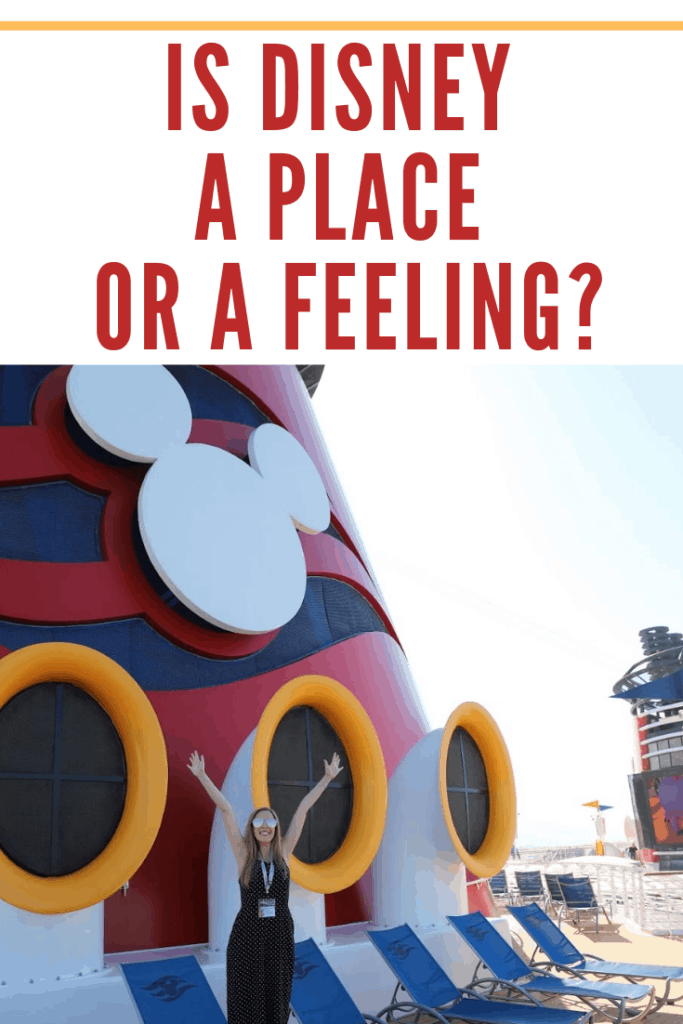