What A Flipping Morning! 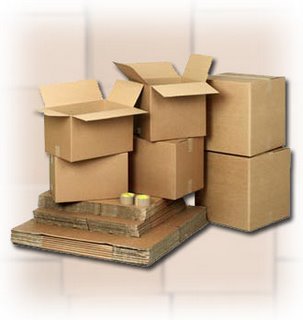 So this week has turned out to be one big test… and I’m passing but BARELY PASSING.

This morning I got up nice and early to get my kids ready for their Halloween parades. They were a half hour apart and there was no way that we could see both children. I opted to go see Natalie and told Bill to go and see Liam. It BROKE my HEART that I wasn’t going to be there for my son – but there was NO way to be at both. I figured that I knew more parents at Natalie’s school and am friendly with her teacher. I don’t really go to Liam’s school at all and Bill does. That was the logic at least.

After we brushed their teeth we went to get their costumes but couldn’t find them. The kids chose Batman and Bat Girl (but a hot pink Bat Girl). They woke up ALL excited to get into their costumes… and they were no where to be found.

They were accidentally thrown away.

I get at least 4 packages a day from PR agencies and we throw away a LOT of rubbish. I’m talking office level trash. It’s horrible  – but that’s my business. I can’t help that. We figured the box with the Halloween costumes must have gotten mixed up with actual garbage and tossed.

Unfortunately I figured this out 20 minutes before my daughter was supposed to be at school. I mean… my heart began to RACE. What. Just. Happened?

In a panic I whipped out Natalie’s Belle costume that we bought from Disney when she was THREE (and wore 2 Halloweens straight — so this would be the third). Liam was easy because I had an extra Woody costume from a review I did. BUT he wanted to be Batman. We’ve been talking about Batman since the beginning of time. After a MEGA FIT he got into the Woody outfit and off we went.

Natalie’s parade was cute but long. I was hoping to be able to catch Liam do his walk. No such luck. It’s so SAD that the schools do it at the same time. I RUSHED over as fast as I could and saw him sitting down getting ready to go back into the classroom. I gave him a big kiss and then he went right inside. At least he saw me for a second.

Bill is now on his FIFTH Halloween store -calling me with updates. There are NO PINK BAT GIRL COSTUMES ANYWHERE. And Natalie wants the pink one. This was the first year that she actually had say and really wanted her selection. I feel TERRIBLE.

She has a Halloween party at 5pm. I’m hoping we can come up with something before that because if I have ANOTHER picture of Natalie in that Belle costume I think I’m going to lose it….

Sorry for the vent but this was just a crazy day. I think it’s time to open up that apple wine!!! lol!