Visiting Positano With The Children: The View From Hotel Eden Roc

My family just returned from Italy and I have to tell you all about it! It was such a magical trip. Where did we stay? Hotel Eden Roc – right in the heart of Positano.

While Amalfi, Ravello, and Praiano are beautiful cities of their own, Positano has the most to offer. 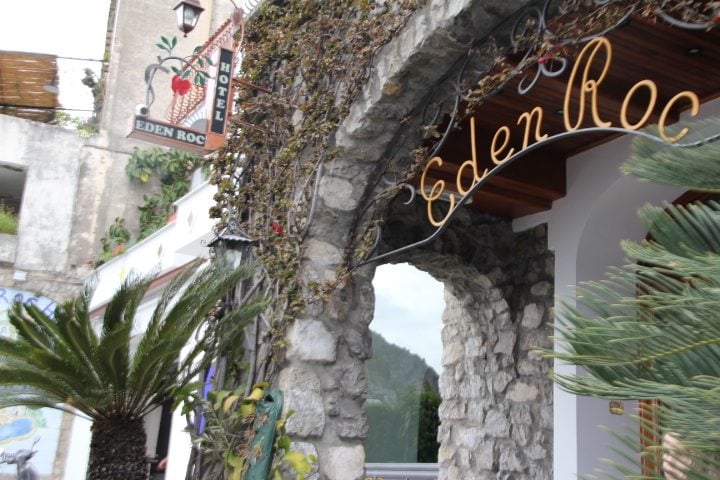 More on that in a bit – this one is just about the Hotel Eden Roc. 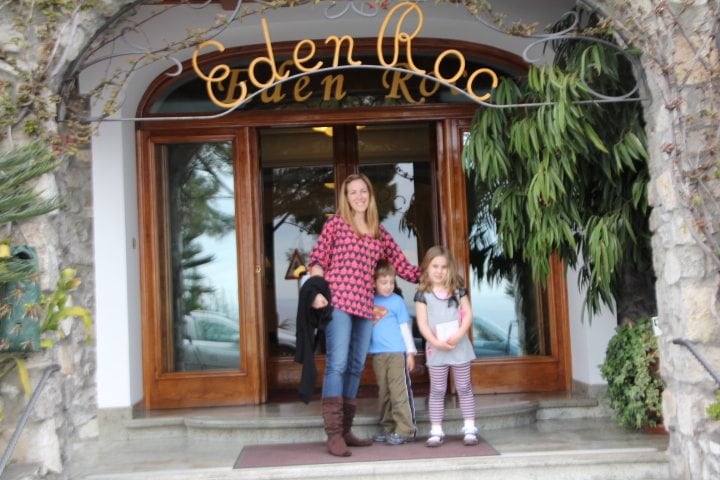 The staff speaks English – all of them. Every person you interact with is personable, friendly, and attentive. I did not see an employee walking around without a smile – not ONCE. It was such a wonderful atmosphere to return to each night.

The rooms were REALLY NICE. We had a junior suite because we brought along our children. There was a half wall divider between our two rooms. This was our space. 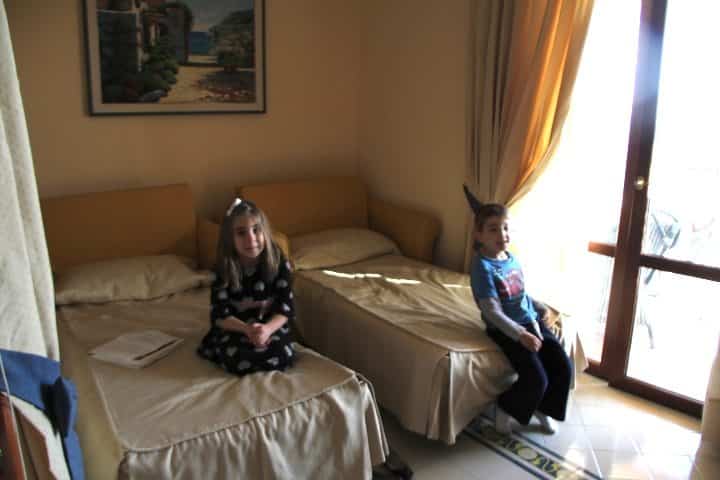 And this was our children’s space. Two twin beds with a television and the balcony. Bathroom was really large as well – though I didn’t photograph it because I was completely blind-sighted by… the view.

Watch this quick video. The attendant opened the doors, walked us outside and then pulled back so we could take it all in. It was magic. It was breathtaking. It was probably the most beautiful thing I have ever seen.

I put my camera down, took a step forward and just looked in silence. It was everything I had hoped Positano would be.

There are two dozen hotels to choose from, but if I were to return to Positano, I would choose the Hotel Eden Roc because I KNOW that they can promise me this again. 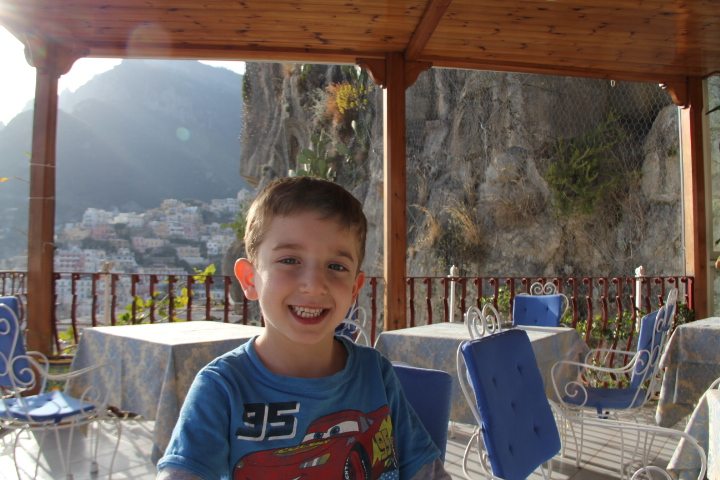 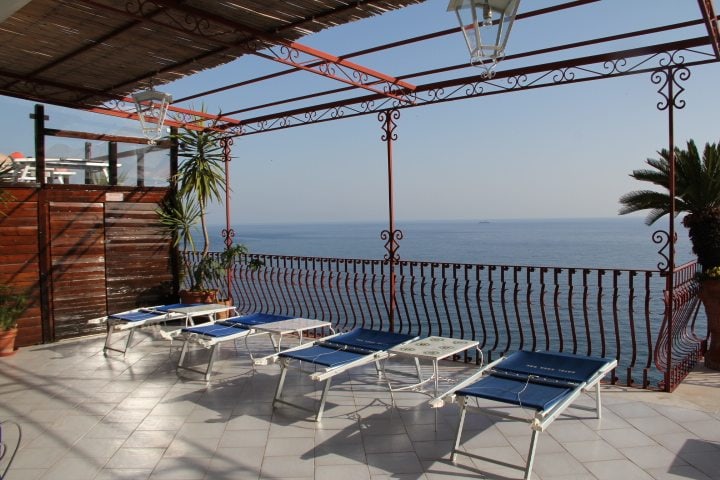 We were in Positano in March – so the pool was out of the question for us. However, we had lunch on the deck and really enjoyed being up there. 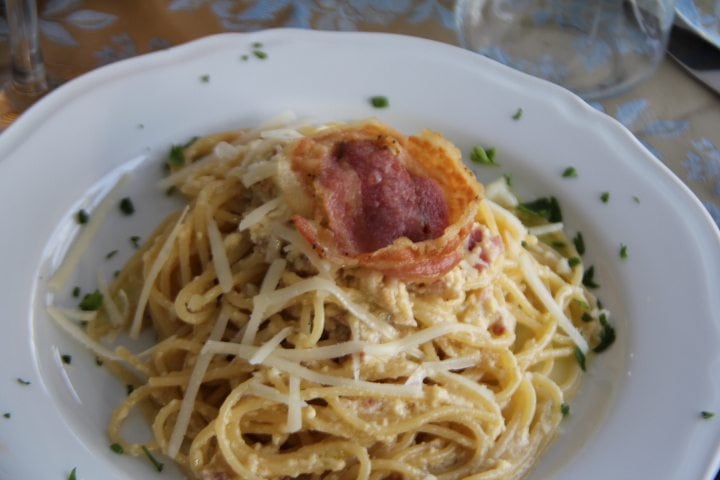 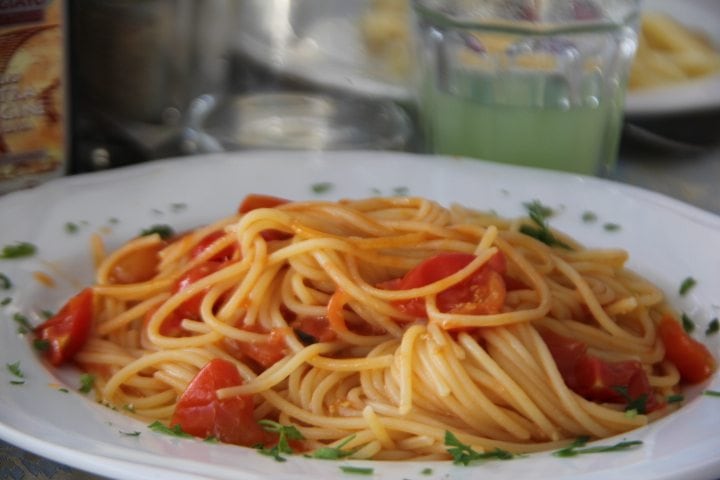 Of course, our first meal was… PASTA! In my glory.

Each meal was handled in a different room which was nice. Lunch was always out on the deck.

Over the next few days, I will be posting lots and lots of information about traveling to Italy with the children. If you’ve ever wanted a vacation with the kids but were afraid to do it – I will show you how easy it really was.

* this trip was sponsored by Sea Cuisine. I was on a mission to find the best seafood dishes that Italy had to offer. Over the next two weeks, I will do several write-ups on Italian cuisine on their website. Be sure to check often!