“If there is one thing I’ve learned in my years on this planet, it’s that the happiest and most fulfilled people I’ve known are those who devoted themselves to something bigger and more profound than merely their own self interest.”
– John Glenn {7/18/1921 – 12/8/2016}

To this day history is continuously being made at The Kennedy Space Center where visitors will find themselves captivated by the hundreds of things to see and do while exploring. With this months recent passing of American astronaut John Glenn {who was the first American to orbit the Earth} I was even more honored to have been able to visit the Heroes and Legends exhibit and U.S Astronaut Hall of Fame presented by Boeing before it’s touching Grand opening on Veterans Day. With billions of people here on earth and only a few hundred men and women having ever flown into space, it’s a pretty miraculous place to be to truly appreciate all of their historical accomplishments. 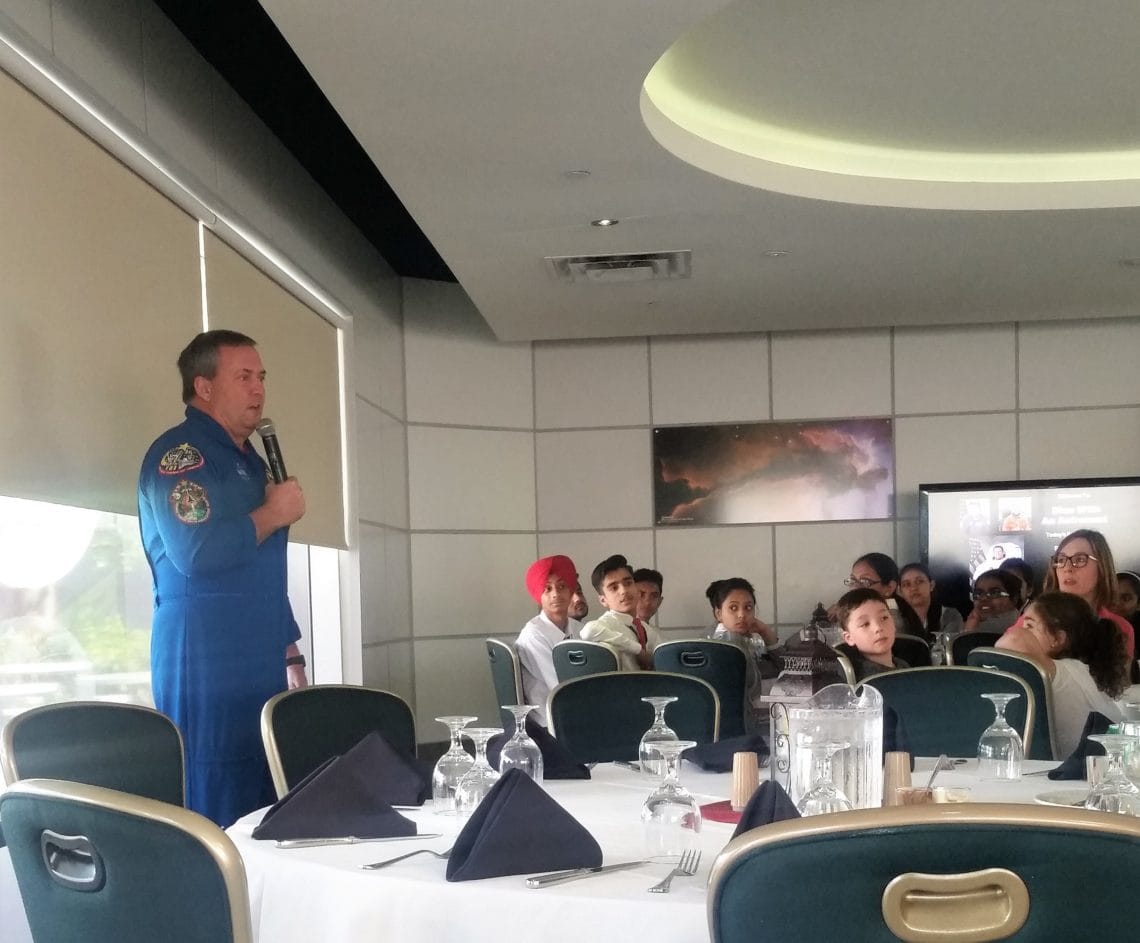 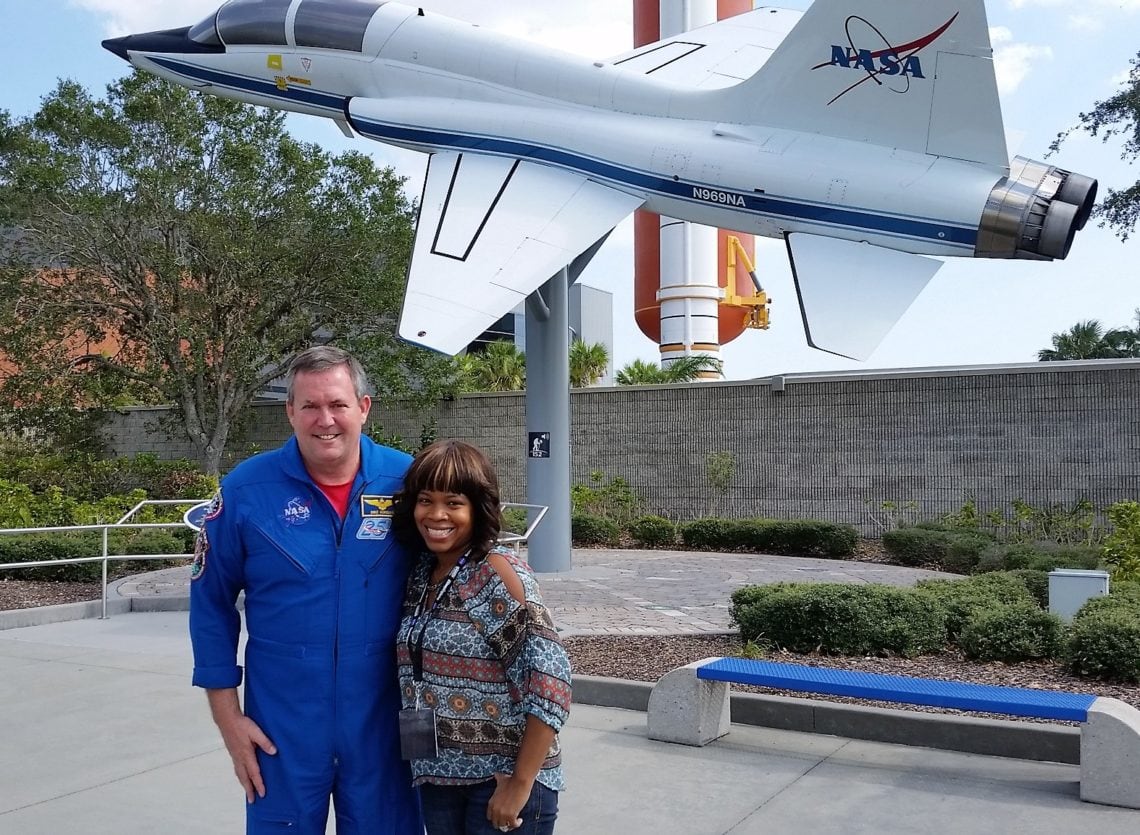 After our media tour on day one of our trip we had a buffet lunch at Astronaut Encounter with Astronaut Mike Foreman which is a pretty unique experience at the Kennedy Space Center where those dining can watch videos, ask questions and take pictures with the veteran while they share their experience. 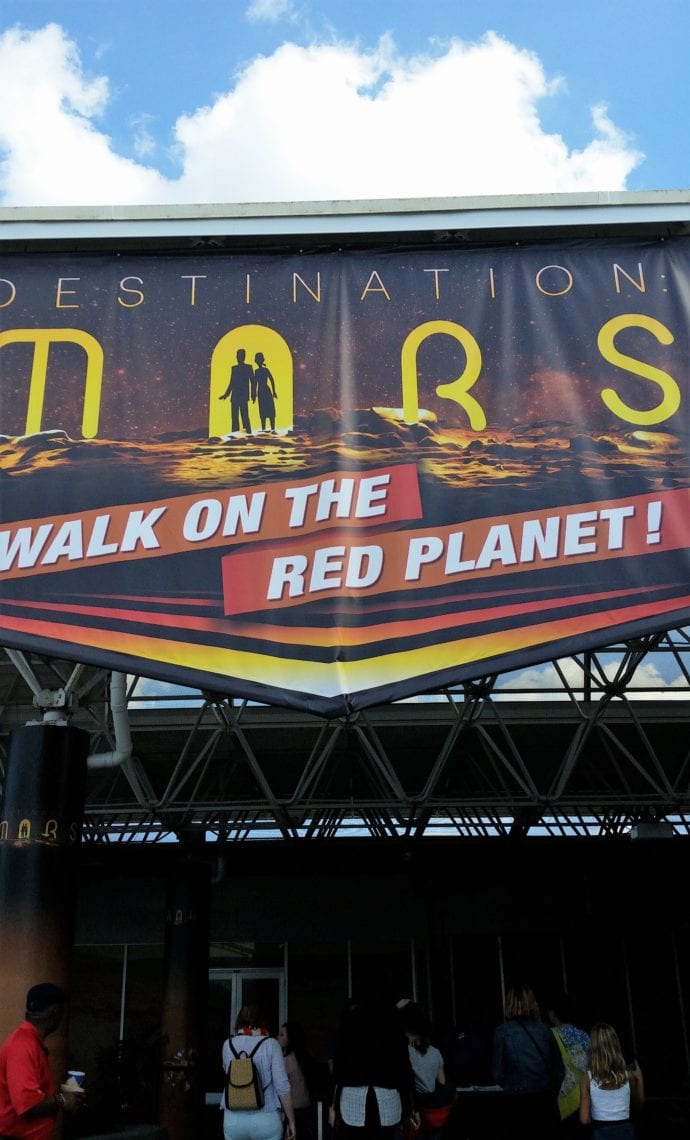 Afterwards a holographic Buzz Aldrin guided us through Destination Mars which was a highlight of the trip for me and something kids today will enjoy because it’s perfect for those who are fans of the virtual reality trend. Using the Microsoft HoloLens mixed reality headset you get to experience what it’s like to walk on Mars while viewing real imagery from NASA’S Curiousity Mars Rover. 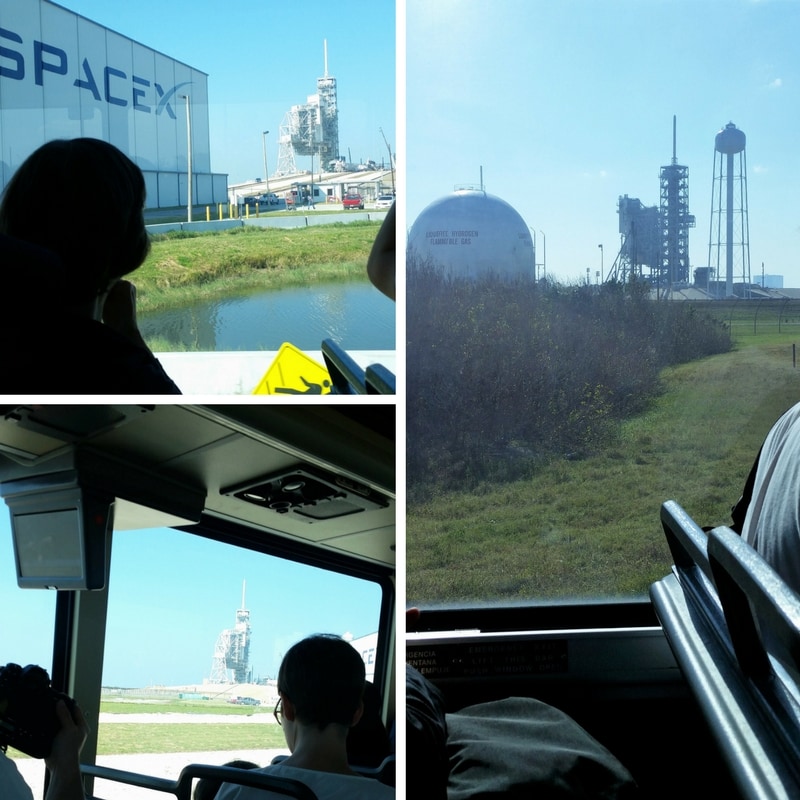 Growing up did you watch the launches on television, have you ever witnessed it live? On the 2 hour Kennedy Center Bus tour to Apollo/Saturn V center we were able to get as close as safely possible to visit the launch pads, the Vehicle Assembly Building and the NASA Causeway for a panoramic view of NASA and Cape Canaveral Air Force Station’s rocket launch sites. 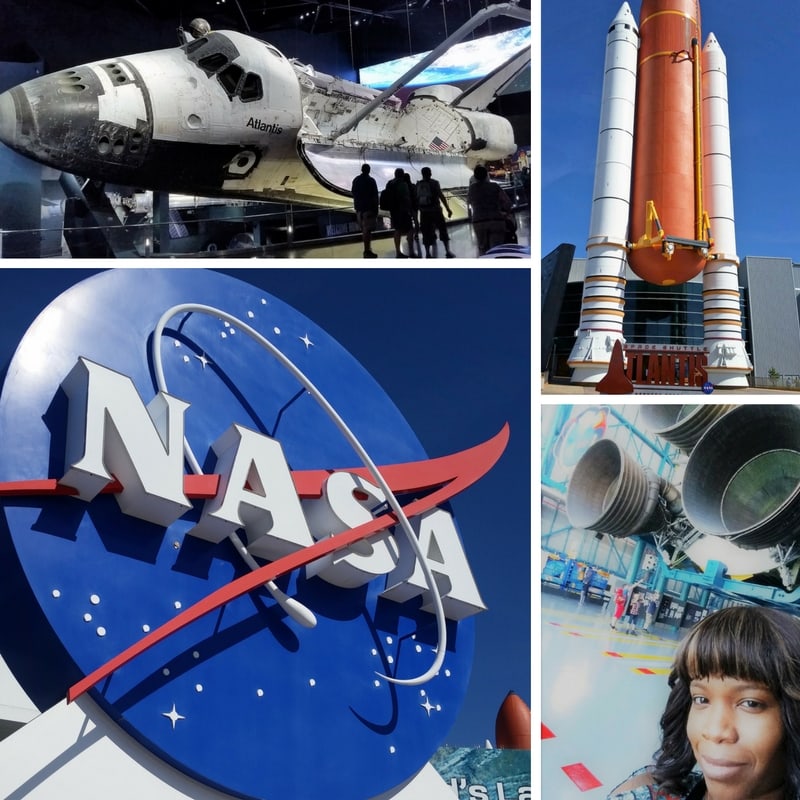 From there we then headed to the Atlantis and Shuttle launch experience where visitors take in a close up view of every scar and scratch  received from this national treasure’s 126 million mile travel through space. There are over 60 educational touch screen exhibits, and space age simulators and as kids of all ages buckle up they’ll be amazed by the shuttle launch experience that feels like you’re blasting off as you hold on tightly and feel the g-force rattling through your body. I kid you not, once we tilted into launch position, I was a bit nervous with how realistic it all seemed. 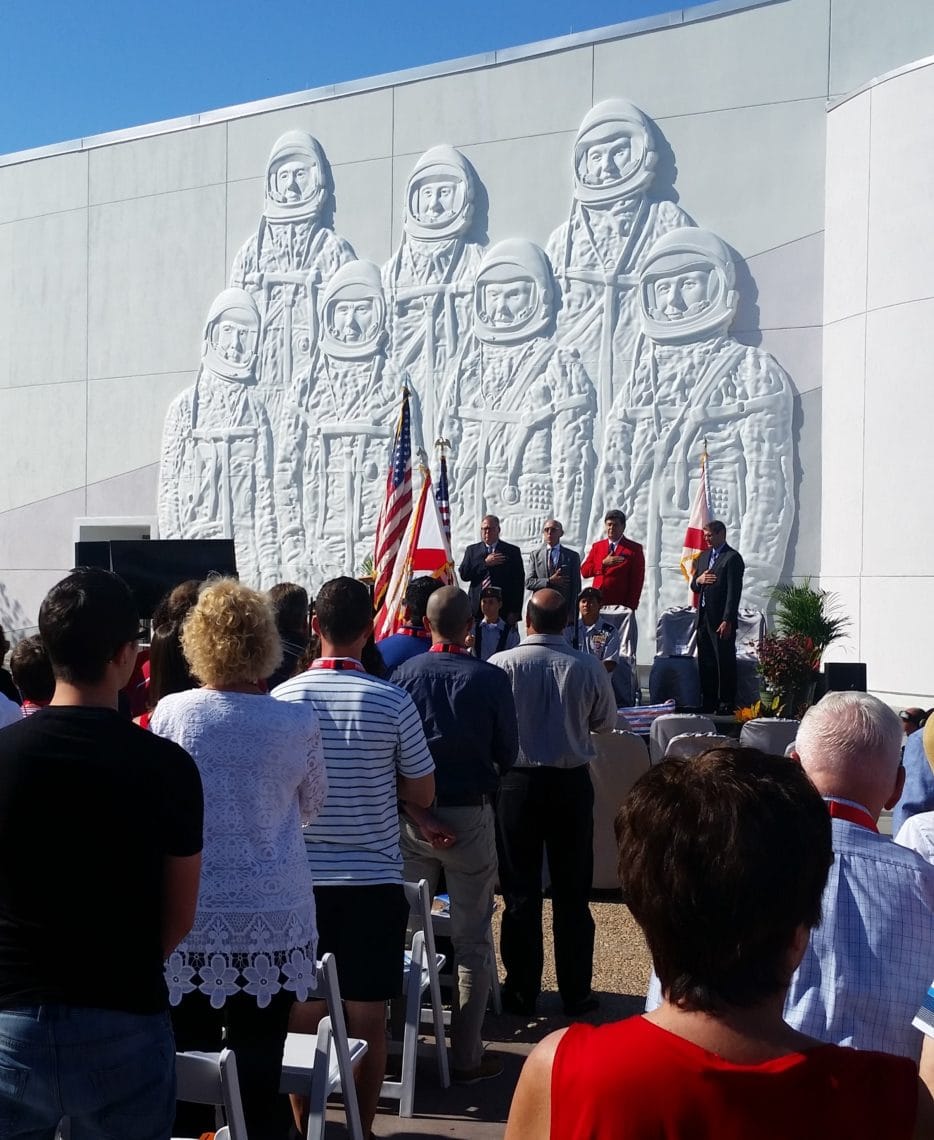 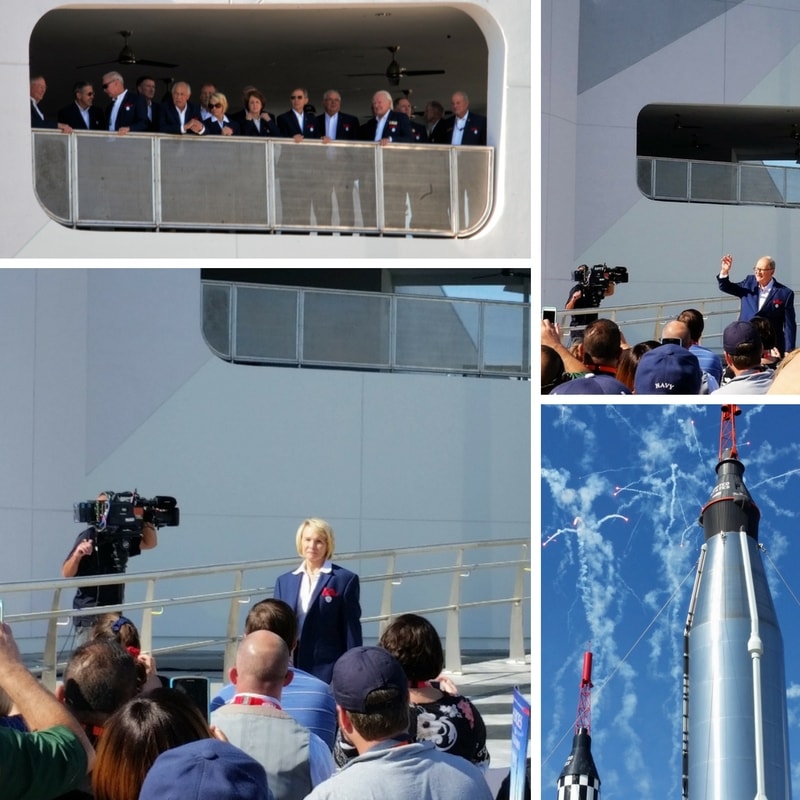 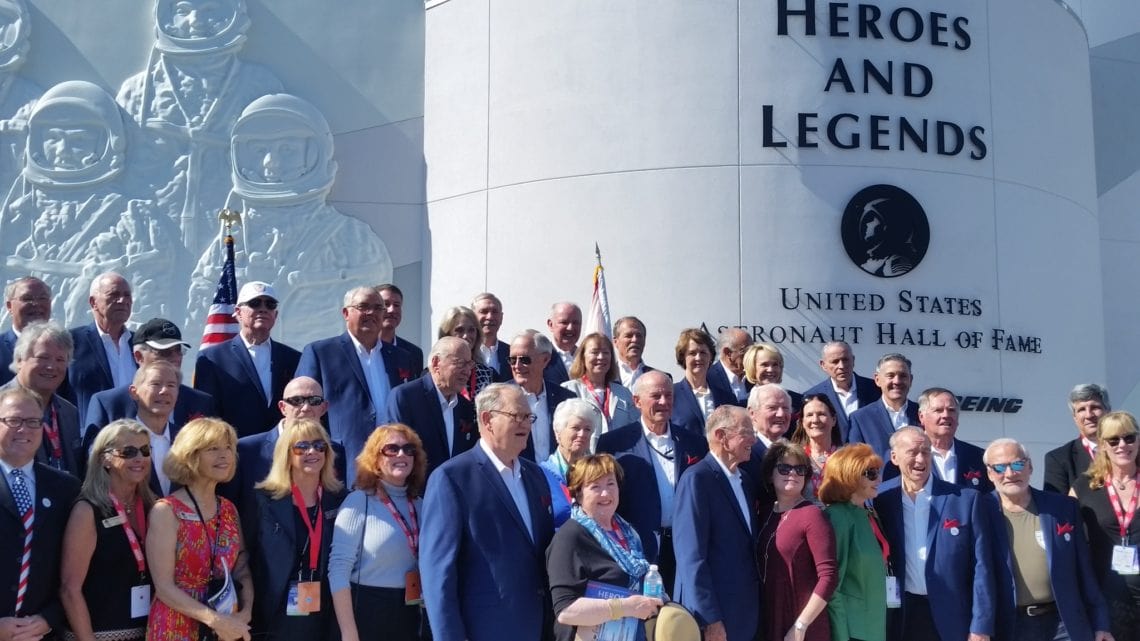 You could feel the excitement in the air on Veterans Day as everyone took their places within the seated crowd for the grand opening ceremony of the Heroes and Legends exhibit and the U.S Astronaut Hall of Fame presented by Boeing.  The ceremony felt like a prestigious graduation of iconic space explorer as they watched from a window perched above us before making their way down the winding ramp to receive applauds and to salute us all. Jim Lovell and Buzz Aldrin were just two of the 25 plus astronauts who were on hand to commemorate the opening along with many of their children and family members. The occasion was marked with confetti and a beautiful pyrotechnic show and you could sense the admiration and pride as guests anxiously awaited their first peek into an out of this world experience, like no other on this planet!