Mickey Waffles!!! You know that it’s going to be a great day when it starts off with Mickey waffles. 8:0) During the last day of my LA trip, the Disney blogger group headed on over to the El Capitan Theatre and Disney Soda Fountain and Studio Store. We had a private tour of both properties and even had a chance to eat breakfast in one of their birthday rooms. So fun! 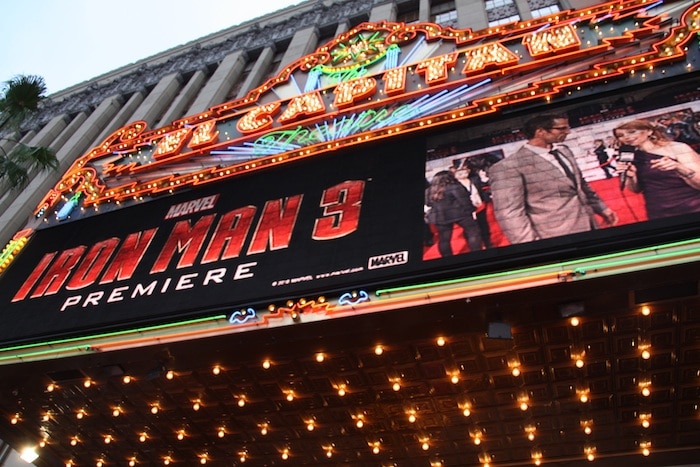 The El Capitan Theatre was where the Iron Man 3 premiere took place. I’m actually shocked that this picture isn’t blurry because I was in another world when I walked the red carpet that day. 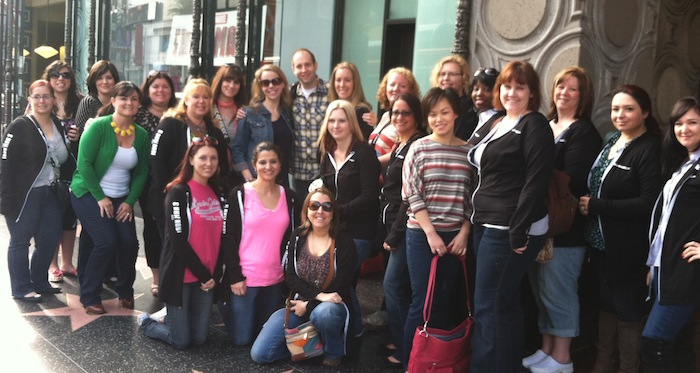 In front of the theatre, you will find many familiar celebrity names and their stars. We had a chance to walk up and down before heading on in to chow down. Penelope Cruz is right in front and guess who her neighbor is? Tinker Bell! Love the mix.

Many movies that you know and love premiere at the El Capitan theatre. But do you know what movie started it all? Citizen Kane!!! Talk about starting off with a bang. 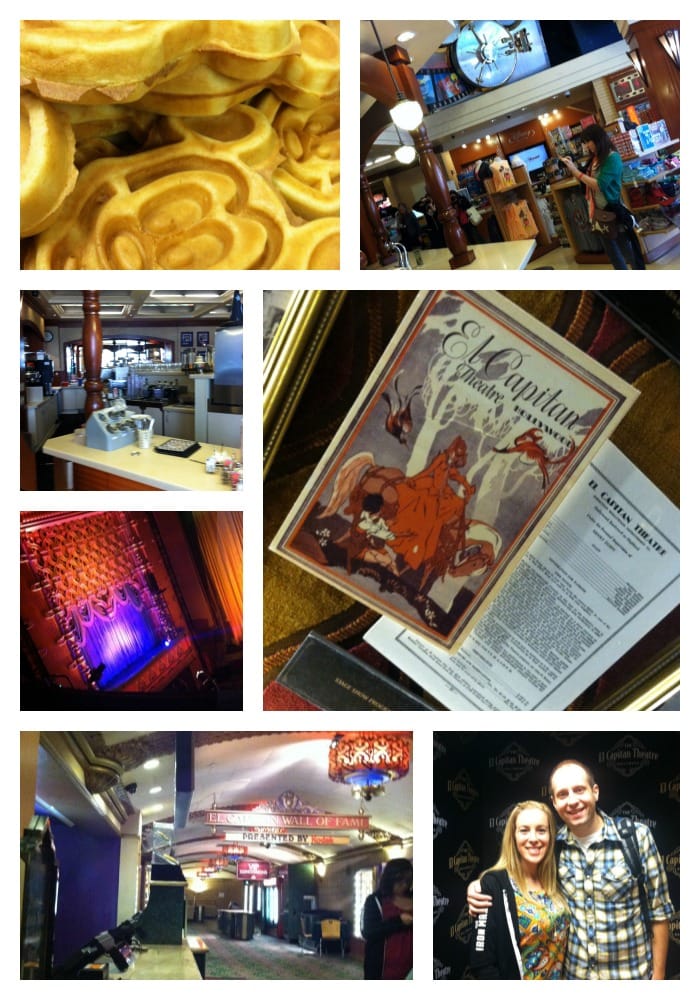 Once inside, we had a chance to learn more about the El Capitan’s history … even heard the place was haunted. Yup! Some employees opened up to the group and told us of a few of their sightings. I’m telling you, I could have sat with them all day hearing their tales. Spook-tastic!

But the group moved on and so I had to follow.

Every Disney / Pixar / Marvel movie that is set to release in the near future is planned to happen at the El Capitan. So, names like Monsters University and Planes 2 are officially on the roster for 2013. Just think of all the celebrity power behind these brands! This theatre will be home to many blockbusters-to-be.
IRON MAN 3 is currently playing at the El Capitan Theatre in Hollywood, CA until June 20th in Disney Digital 3D and Real D 3D

See a Display of Collectibles & Comic Books from the Private Collection of Stan Lee!

Coming this summer at the El Capitan Theatre: 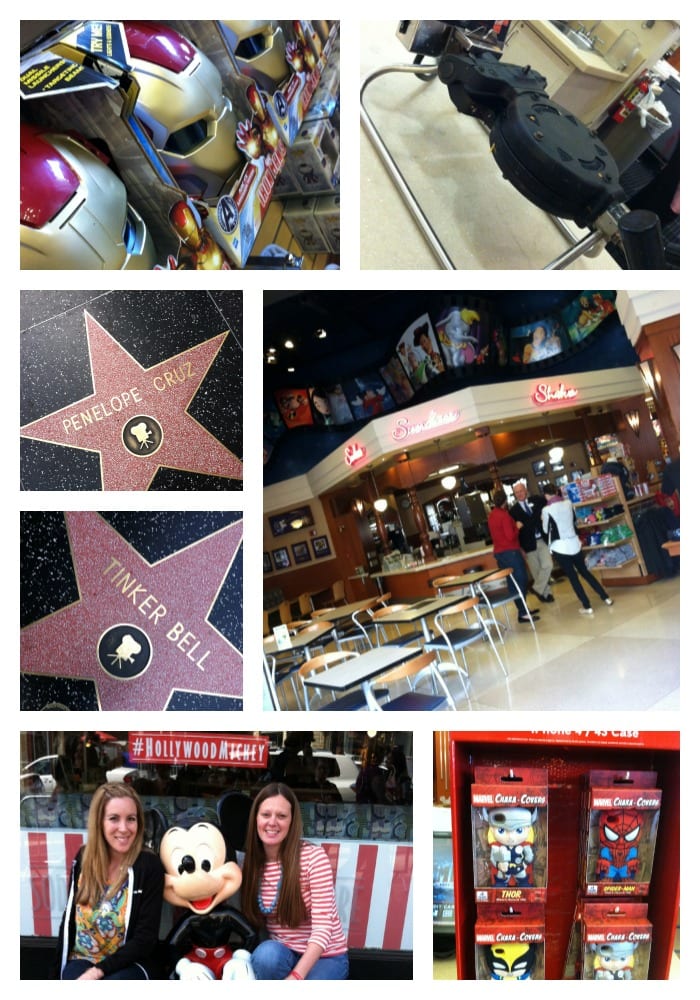 After the tour, we headed on over to the Disney Soda Fountain and Store. Looking for a great meal and a bag of souvenirs? Look no further! I love that you can shop and eat in one place. It’s like … HEAVEN! Amazing milkshakes,  freshly made waffles and a little surprise… 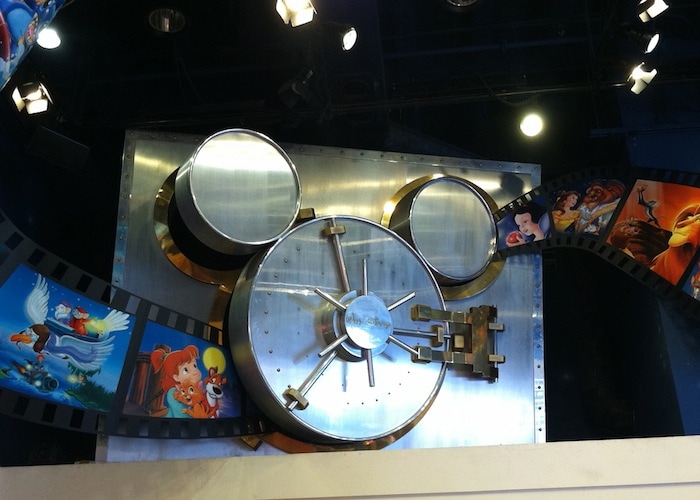 You know… the DISNEY VAULT. The one that holds all the titles that aren’t in circulation anymore. Right there – in our reach. 🙂 LOL! How fun is that?! If you follow the film strip around the entire store, you will see every single Disney Movie ever made. Ready to see how much of a Disney fan you really are? Try to see if you can make it all the way around! Not many people can – though most come in thinking they can do it.

Great place to stop during your time spent in Hollywood!

* Disney invited me to attend the Iron Man 3 premiere and paid for my travel and accommodations. All opinions are my own.