The Star Wars Still That Brought Me To Tears #TheForceAwakens #StarWars 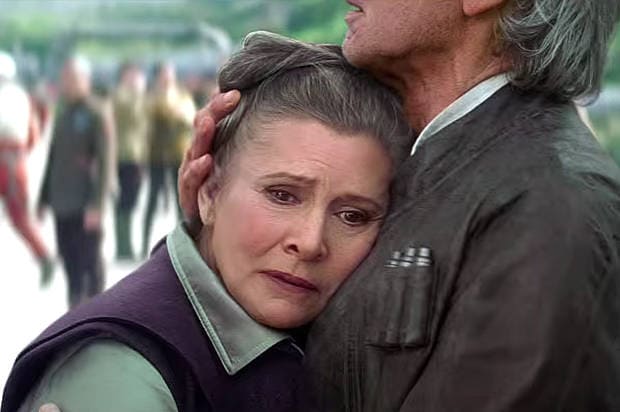 Every morning, I browse through a few pop culture news sites to plug into the Entertainment Industry and to make sure that my finger is somewhat still on the pulse of what’s happening in our digital universe. Of course, every site is writing about Star Wars: The Force Awakens because… well, duh. I’ve been trying to not read all of those pieces because I really want to enjoy the movie when I go out to see it.

But there was a picture this morning that caught my eye and stopped me dead in my tracks. It’s actually part of the trailer but I didn’t notice when I watched it.

Princess Leia was given permission by Hollywood to age.

When I saw this photo a few moments ago, I started bawling. Hysterically crying. I cried for Carrie Fisher because she didn’t have to worry about living up to some impossible expectation that was presented to her. I cried for all women that grew up watching the original films and who have aged themselves and I cried for the message that this film is pushing forward. 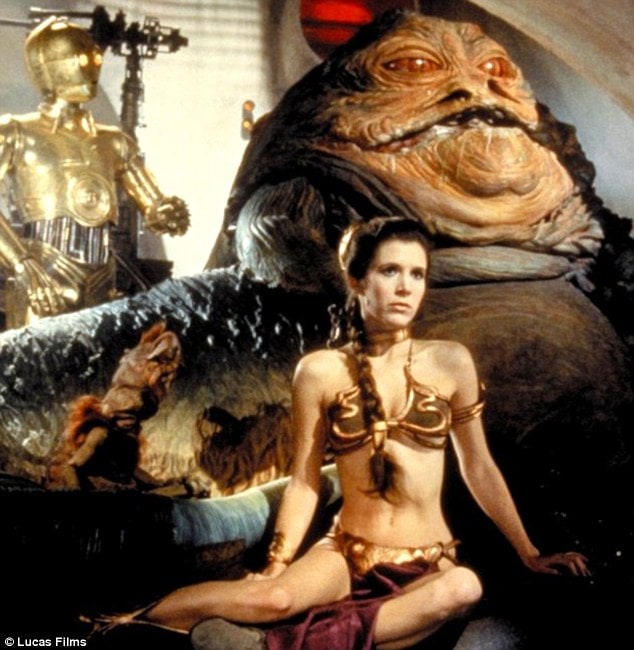 The beauty standards in Hollywood are unfair and absolutely unrealistic. Princess Leia is – unarguably – one of the most iconic female characters known to date.  She is branded in our minds … but her 1970’s self. Movies capture a moment in time. Imagine how HARD that must be for actresses to live with. To always be judged and reminded that they just don’t look the same as they did in their “prime”.  Think about what it feels like when an actress is asked to return to her role many years later. Or when she goes to speak at a conference / convention.  The expectations that are placed on them are simple impossible. Humans age and no matter how many lotions and potions we purchase, we cannot stop Father Time.

I’m SO HAPPY that Lucasfilm decided to keep Carrie’s hair grey and didn’t use CGI to smoothen out her face. They made no attempt to make her appear younger than what Princess Leia should actually be. In fact, I would argue that Carrie looks BETTER than Princess Leia in reality!! 🙂

It’s been 38 years since the original Star Wars movie was released. It came out the year I was born! If Princess Leia returned to the big screen looking in her 30s, I would have been highly disappointed.

This might not be the typical post you’d expect about Star Wars, but it’s my take on the mega movie that everyone is ITCHING to watch. In case you want to see the trailer AGAIN –>