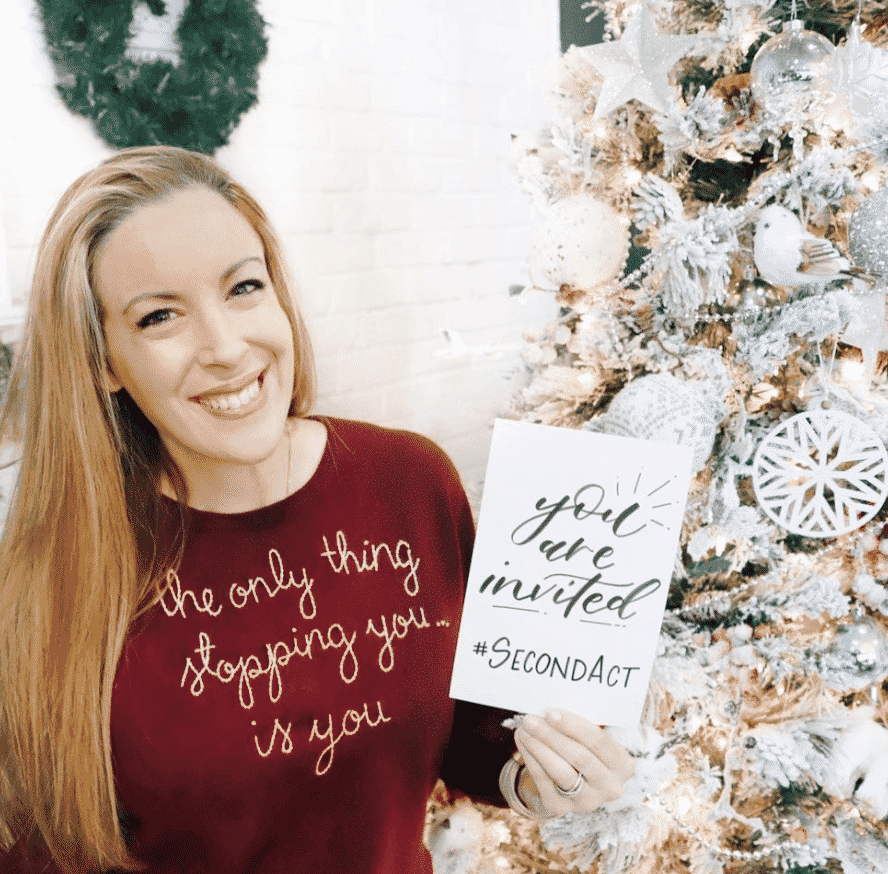 A few days ago, I had to wear a sweater for an Instagram gig and the saying was pretty fitting.

“The Only Thing Stopping You… Is You”

There is so much truth to that statement, right? We are our own worst enemies. We are the ones who get in our own way. We are the barriers blocking the paths to success. It’s true. It’s all true. But there is a flipside to it all. The only thing that keeps me going is also… me. Sure, I keep moving because I have children to support. Because I have a dream that I need to fulfill. Because I have something to prove to someone who probably doesn’t even care. But… when does it all become unhealthy?

I’m in several private Facebook groups for entrepreneurs. Small little masterminds built to foster open communication amongst women who need a little extra support throughout the day. And in those digital coffee shops, we confess things that we don’t say on our Instagram feeds. No, on those public channels, we are all YOLO and EXPLORE THE WORLD and WANDERLUST and… you catch my drift. In private groups, however, our masks come off and I smashed mine to pieces during these last three weeks.

I haven’t been well. But I’m a really great liar.

Even writing those two sentence just teared me up because I hate that truth about me.

I can walk in a room with a sparkle in my eye. I can hug and kiss and laugh and twirl and gain the command of an entire space. Wrap it right around my finger. But inside? What am I doing? Suffering the beginnings of a migraine. Feeling utterly drained. Running on fumes.

Being held up by a string.

But does anybody else see that? No. Lights. Camera. Action.

I admitted this to my peers and heard a lot of other women confess the same thing.

I mean… I certainly can’t. I still have to film and shoot and fly to LA even though my body is begging for rest. I don’t have that luxury.

I took a pregnancy test last week. Can you imagine? That’s how awful I felt. That’s how drained my body was. It felt like I was a month or two pregnant. I haven’t taken one of those tests in 6 years, but that’s where I was mentally and physically. I have NEVER felt so sick that I felt the need to test whether or not I was expecting. My brain couldn’t believe that I just had a cold. I was certain it was something else. Spoiler alert – I’m not pregnant.

The other night, I was cooking dinner as one of my videos uploaded to YouTube and the kids were going crazy. Well, I lost it. I really did. It was all too much. I worked all day and then in the middle of a break between two gigs, I stopped to cook dinner and then all three of my little ones were fighting and I just didn’t have it in me to handle it. I was weak. Weakened by sickness and exhaustion and by being stretched too thin… and so I broke. And my daughter called me out on it. She asked me why I would get so upset over siblings fighting. She told me it’s perfectly normal for siblings to fight.

I recognized that I responded the way I did because I was carrying too much on my shoulders. And for a split second, I envisioned what my life would be like if I just had to worry about the house and the kids. If I didn’t have to fly to the West Coast for 22 hours so I could pay my mortgage. Or if I didn’t have to accept two super quick video projects that both have to be filmed, edited, drafted, reviewed, and uploaded by Friday… because that’s how I receive work. Or if quarter four wasn’t so jammed with opportunity that I need to take because I don’t have a steady paycheck to rely on. I wondered – all in a flash second- how I would have responded to their fight if I didn’t have all that weight on my shoulders – and I KNEW that she was right.

In that moment, I was too overwhelmed to take on another thing. That fight was just too much for me. And that one thought made me very, very, sad. It also made me sad for my children.

So, what do I do with this information? Slow down. That’s the answer, right? Well, that’s easier said than done. How can I slow down when I literally keep my entire house afloat? When I live in a pretty affluent town in New York? When I have a house that has a mortgage and three children that need to go to college? “Slow down” is a theory… but it’s just not practical.

Work smarter. That’s the better solution. But I’m pretty damn efficient. The issue is the way that my industry works and there is no fixing that. Why do I get so much work? Because a brand can email me on Monday and tell me that they need me on air on Wednesday in Nebraska and I will make that happen – with the entire script memorized. Because I’m easy. But all of that ease comes at a price and that price is my health. Or so I am figuring out.

Knowledge is power. What is the answer?

But for the last few months, I find myself asking for things again. Please, Jesus  – give me strength. Give me patience. Heal me. Make me a better mom. Make me stronger. And… thank you for your gifts.

I don’t like to do this. I don’t like to ask. I am lucky to even be in His presences, but I have no choice. I have to ask because my strings are untying and I’m not sure what it’s going to look like when they fully separate. Who will I become? Am I her already? How far along am I in this process? Is there a way back? Who will tie me back together again? The only one stopping you… is you. Well, who will stop me?

Do less. Pray more. Ask for help. Find the good. Stay aware. Remain present. Be efficient. Work smarter. Get through the holidays. In January, everything will slow down. Recognize the good. Keep lying. Keep smiling. Do better.