Spent The Day In The Hospital Yesterday: Going Back In A Few Hours 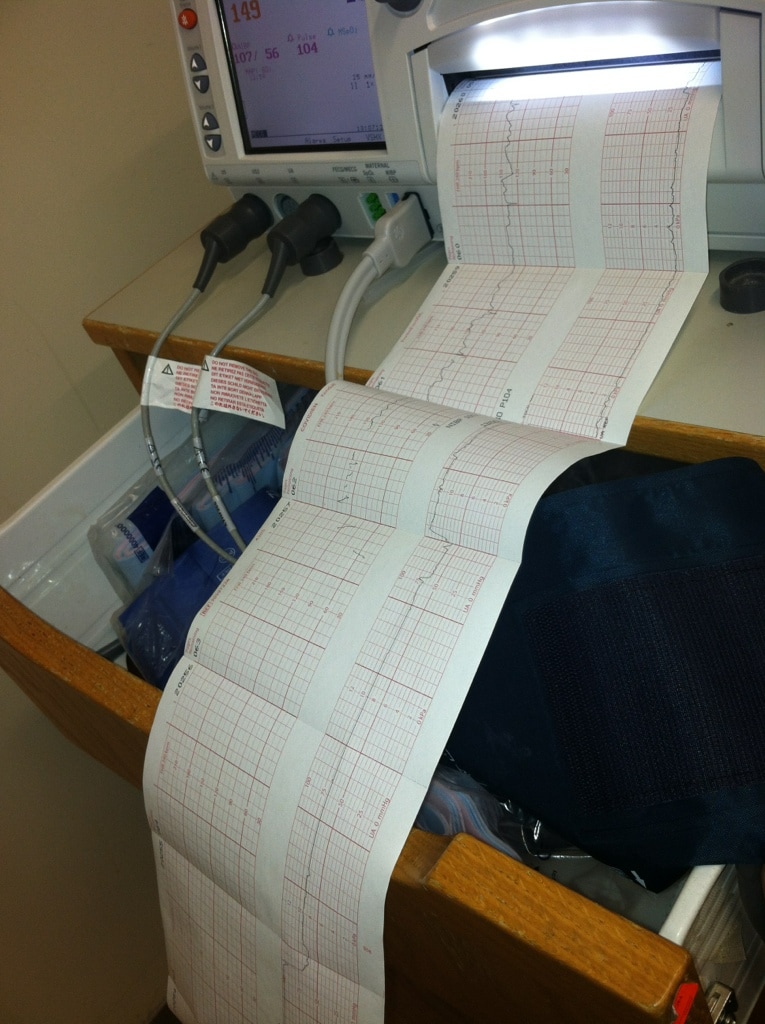 All is ok – let me just preface this story with that news.

I woke up yesterday morning a little crampy. I haven’t experienced anything like this in 26 weeks – so I started to keep an eye on it. Looked like it was happening every 10 minutes. This is my third baby… so I knew I wasn’t contracting. My belly wasn’t hardening at all. But I felt OFF and in mild pain. On a scale of 1 to 10, I would say it was a 2. I called my doctor and she told me if I was still feeling the cramps by noon to head to the hospital. By 12:30 we were in the car. They would not go away.

I was admitted and put on monitors. Baby was doing just fine and all those cramp were not registering on the monitor as contractions. In fact, I only had 2 contractions in the 5+ hours that I was there which I absolutely felt. But even those were small.

So, what could this be? Why such a consistent interval of pain? Every 10 min? It just was so odd. The nurses called my doctor to see if I was just a whiner (they didn’t tell me this but I know that’s what happened) and she told them that I never ever complain and to take me very seriously.

After that call, they became much more attentive. I guess they get a lot of false alarms. 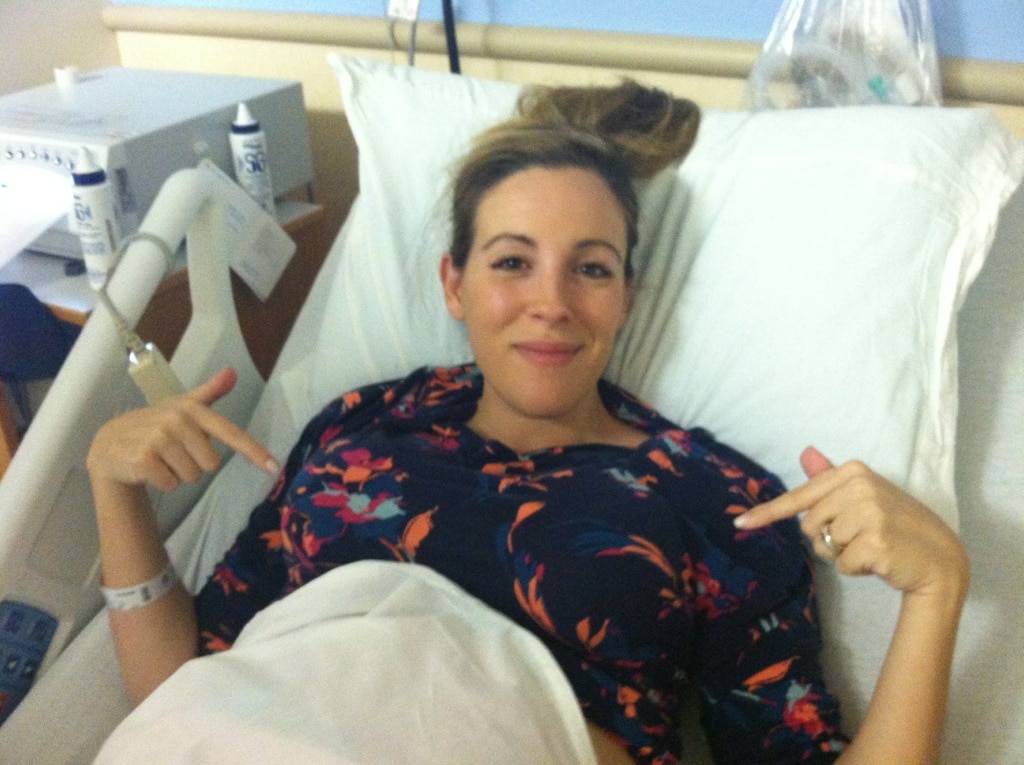 As a joke I sent this picture to Audrey because she hates when I wear this shirt. She says I wear it way too much. So I made Bill snap this shot of me to tease her a bit. We had a good laugh – which I needed. 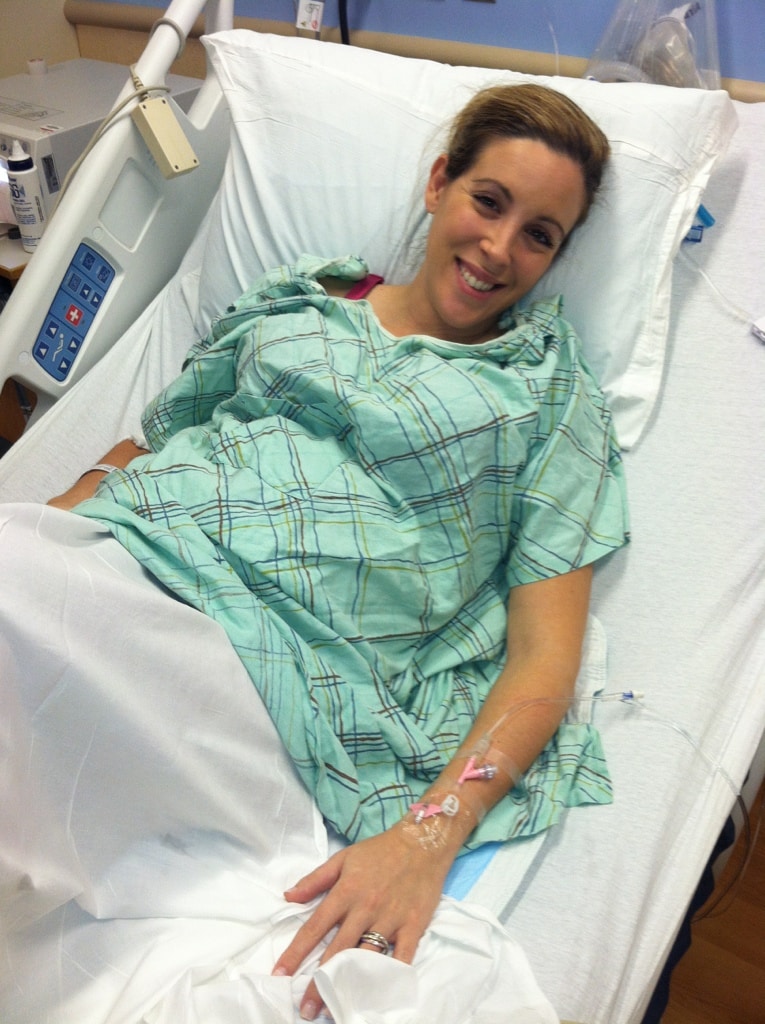 But then they made me change and get an IV. They did a cervical exam and it went down quite a bit. I’m measuring at 1.4 right now which I am pretty positive is the lowest I’ve ever been with any pregnancy.

I was given the steroid shot for this baby’s lungs just in case. I go back tonight for some more monitoring and for the second half of that shot. I’m also taking another FFN test to see if I’m at risk of delivering within the next 2 weeks.

I’m scared because I don’t like that these pains I’m feeling are not registering on monitors. Makes me feel really insecure about it all. I woke up feeling the cramps again but now that they won’t show up on monitors. Thank GOODNESS I’m going tonight for more monitoring… because I would be sick to my stomach if I didn’t have that appt.

I was talking to Bill and said maybe the cramping is from pressure on my intestine track? If it’s not my uterus – what could it be??? I just hate not understanding the pain, you know?

Anyway, will keep you posted on tonight’s appt.