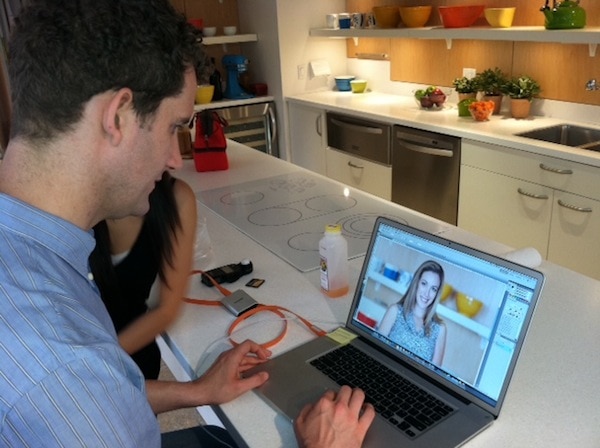 As I mentioned earlier this morning, I spent the day in the city for a photo shoot with The Rachael Ray Magazine. I found out the spread will run in September (so look out!).

As I was driving in, my nerves got the best of me. I’m NO professional model. I’ve never done anything like this before. This was my first real shoot (with a national magazine no less) and doubts began to fill the car.

An hour drive with my inner voice harassing me practically made me insane!

BUT then I got there and was greeted by a group of hilarious / down to earth people and everything was once again right with the world. The photographer Chris, Jaime the magazine rep and Young Tyler  literally changed my attitude the second I walked in the room.

My shoulders relaxed and I just enjoyed the ride.

Driving home I thought about how lucky I was to be placed with that group of people. I could have come on a different day and had a VERY different *more intense* shoot. But instead, we made fun of each other and they forgave my inexperience without blinking an eyelash. The photographer took so many pictures he maxed out his card!

I can’t wait to see how it all turns out!

I’m heading back the first week of July to shoot three videos with them! What an exciting month!! 🙂