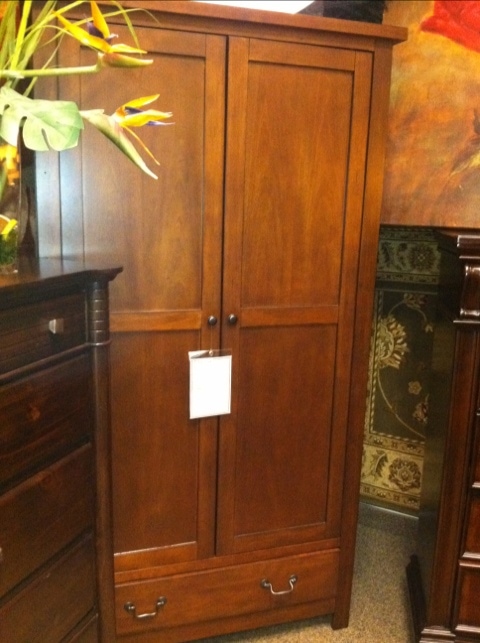 I’ve been a bit… busy shopping lately. It’s bad but it’s also good because that means I have lots of projects in the works.  So I’m not complaining. My husband might start when he sees the bill (yikes!) but a girl’s gotta do what a girl’s gotta do. 😉

Anyway, stuffing all these new purchases in my (already filled) closet has been a project. My little rectangle has become a jack in the box. Stuff starts flying out at you when you open the door. It’s been ridiculous. And everything is ALWAYS wrinkled! UGH – I couldn’t handle it anymore.

I finally decided to add a piece of furniture to my bedroom – a wardrobe closest. It was actually harder to find than I thought. I went to several places and left empty handed each time.

Until I visited Bob’s Furniture.

Now, you probably know Bob’s because of their commercials. Their low budget, “we’re just like you” 30 second segments make me cringe each time they air. I’ve actually avoided the brand in its entirety because of their tv spots. But this weekend, out of desperation, I entered a local Bob’s Furniture and was immediately greeted by a beautiful koi pond. To the left was a cafe filled with free ice cream, cookies, and treats for the kids. There was also free coffee for the adults.

What is going on here?

This place is awesome! Why don’t they show that stuff on the commercial??? I mean seriously! 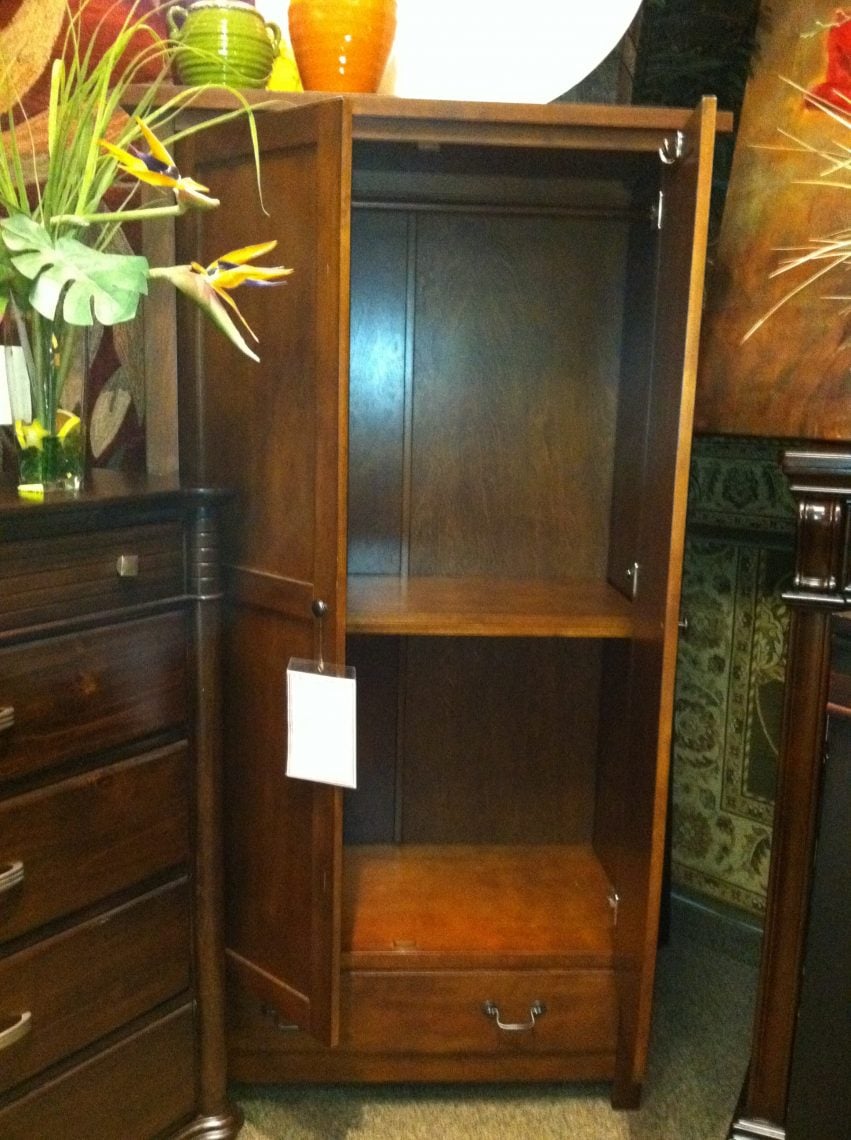 Anyway, I went up to the first salesperson I found and told him what I wanted. He said they only had one in the store. I lost all hope… until I saw it. Their wardrobe closet wasPERFECT!!! Exactly what I wanted in my head.

Ready for the best part? $59 deliver / set up fee and they will be here by the end of the week. Shut the front door!! It just doesn’t get any better than that.

Have you tried Bob’s before?