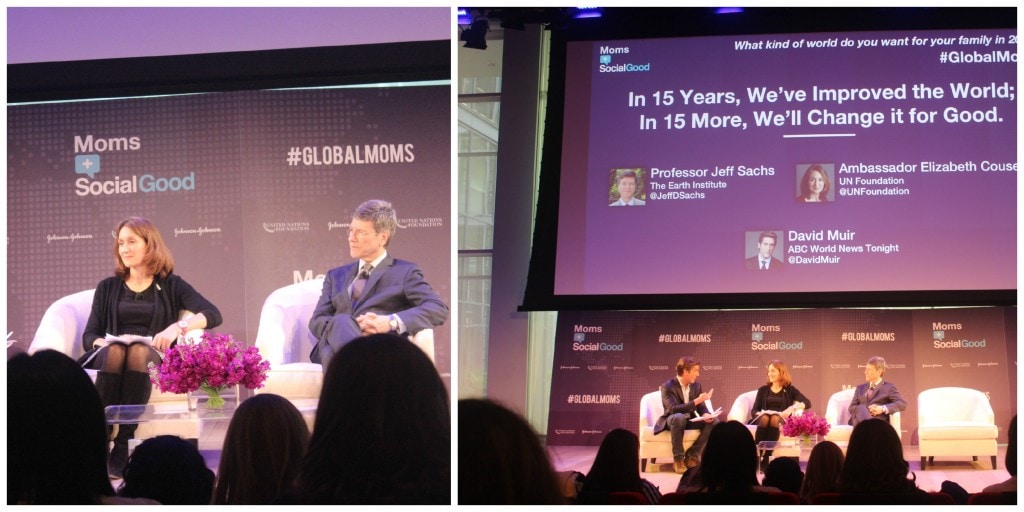 It’s not often that my love for blogging and my passion for social good coincide. It so happened that they did on Friday, as I spent an inspiring day listening to strong, powerful women (and some men) talk about their experiences and the good work they do as well as how they see our world in the year 2030. Moms+SocialGood is focused on making a difference in this world for our children. Lunch was filled with networking with other like-minded moms and non-moms. The day also included a wonderful performance by the world-renowned PS22 chorus from Staten Island. We heard from Jennifer Garner, Connie Britton, Ambassador Samantha Power and Jessica Seinfeld to name a few. The event was hosted at the beautiful New York Times Center. 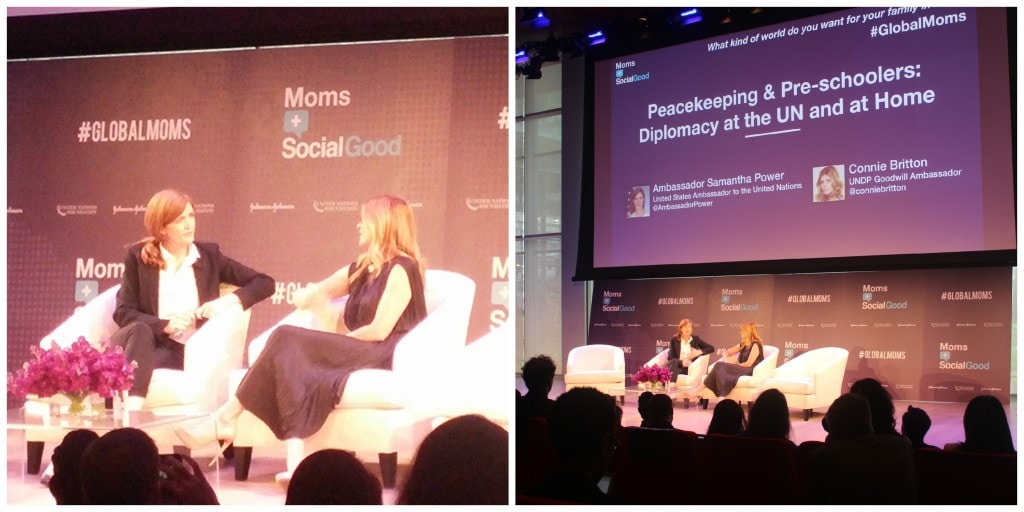 The first session I saw was a conversation between Ambassador Samantha Power and UNDP Global Ambassador and Nashville actress Connie Britton. Samantha was discussing how she balances the gravity of her job with her role as a mother.

“It is hard to turn off the Blackberry and get into bath and bedtime. It’s the quality of attention that we give our kids that is the most important.”

When asked about her experience with other mothers in the world who are less fortunate, she had this to say: “Mother are mothers. There aren’t a ton of differences. You want to take care of your child. I honestly bring my kids to my job more than taking the weight of my job home to my kids.”

The next speaker,  Jaha Dukureh, was forced to undergo Female Genital Mutilation at the age of 15. She spoke about her experience starting the organization, Safe Hands For Girls, that strives to empower and educate girls. She had this to say: “In 2030, we will not be chanting “Black Lives Matter” because all lives matter. My son Mohammed will not have to change his name to Michael to get a job….. Talking about female genital mutilation is not enough.” 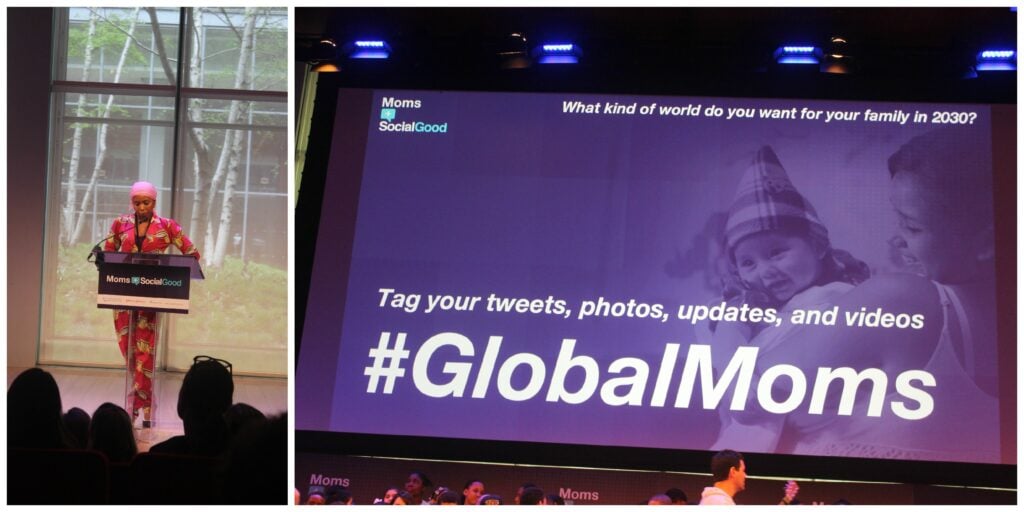 Jessica Seinfeld, founder of Baby Buggy and wife of Jerry Seinfeld, spoke about a new initiative by her company to ensure that all parents have enough diapers. She told a story about a family that lost custody of their child because they could not supply enough diapers for the week for their child. It is a law in New York that parents need to give the day care center enough diapers for the week. Diapers cannot be accessed through WIC or food stamps. Parents have to conserve the diapers. Some of them wash and re-use the diapers. This broke my heart because this can lead to diaper rash. I thought of my little baby and how blessed we are to be able to afford clean diapers for him. In response to this, Baby Buggy is partnering with Whole Foods and Seventh Generation to give a pack of diapers to a needy family for every pack of diapers that is bought. Jessica stressed that, when we see something, we should do more than say something. We should do something.

The PS22 Chorus performed some beautiful songs for us. You’ve probably seen them on television but these guys were amazing in person. They’re all around 10 years of age and so passionate about their music. A few of them spoke about what change they would like to see in 2030. No homework, anyone? 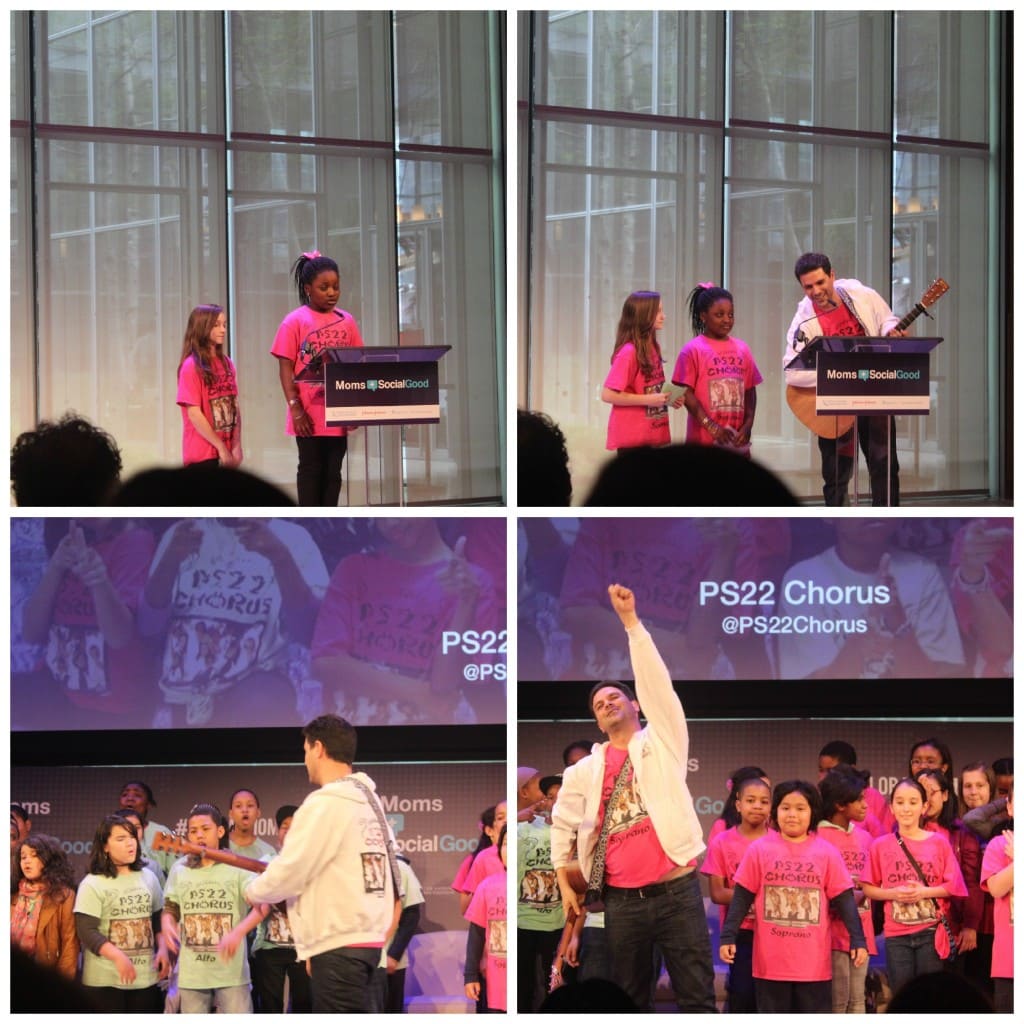 The Moms+SocialGood conference was so inspiring and profoundly impactful. The speakers encouraged us to tweet to our local billionaires to get them to donate money to our favorite causes so that a real change can be made by the year 2030.

Mom+SocialGood encourages us mothers, for Mother’s Day, to leverage of power of social media to make real change in this world in time for 2030. For more information on how you can make a difference, click here.