Lady and the Blog   →  Personal Blog   →  My Little Soccer Player 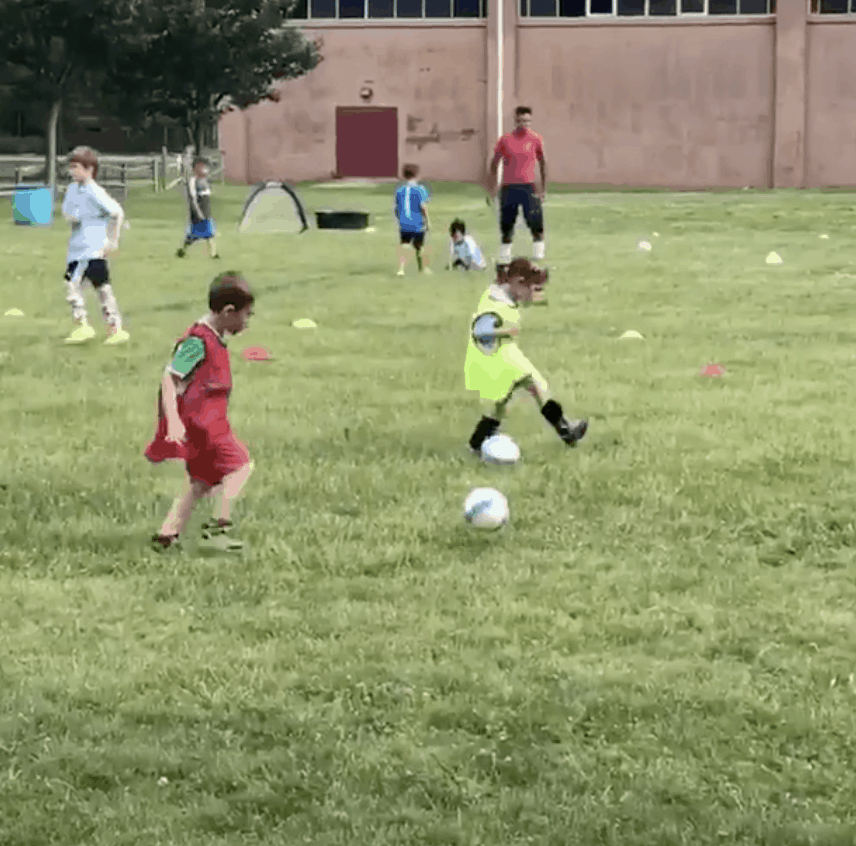 It’s so much fun watching Caleb play little games with his friends. He gets so excited when he gets a goal or when he has an ACTUAL turn. I think it’s because he is a third child with a very large age gap between him and his older brother. More times than not, Caleb finds himself surrounded by 10-year-old boys in the backyard. Those games aren’t up for grabs. So, he usually just sits them out on the sidelines.

That’s why – when he goes to camp – he really dives in! It’s his time to shine. Someone is ACTUALLY GIVING HIM THE BALL AND NOONE IS TRYING TO STEAL IT FROM HIM OMG THIS IS AMAZING.

I see such joy in him during these moments. His turn. HIS TURN!

I have to get better at managing my three kids. The baby needs his moments too when at home. He’s actually pretty good. I guess that’s what happens when you spend your days fighting through the trenches. LOL!

I love his little legs #soccer