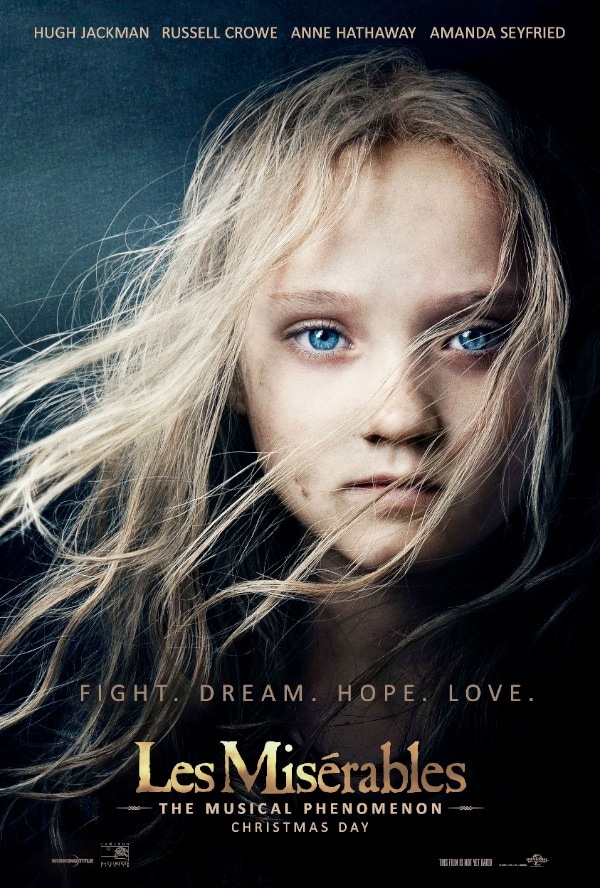 Yesterday I told you how blown away I was by the new motion-picture adaptation of Les Miserables. In addition to getting an advance look at the film, I attended the New York press junket to sit down with Anne Hathaway, Hugh Jackman, Amanda Seyfried, Eddie Redmayne, Samantha Barks, Director Tom Hooper, and Producers Cameron Mackintosh, Eric Fellner and Debra Hayward and hear all about what went into producing this epic masterpiece.

Here’s a peek at what went into making Les Miserables such an incredible movie experience from the people who made it great. 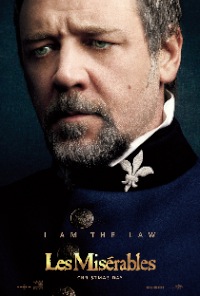 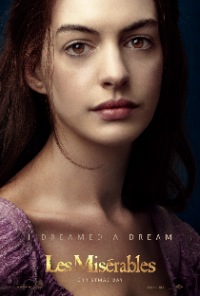 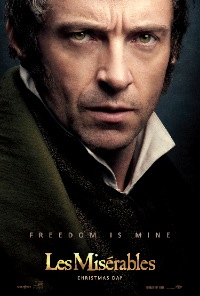 On how she prepared for the role of factory worker turned prostitue, Fantine:

I mean, in my case, there’s no way that I could relate to what my character was going through.  I have a very successful, happy life and I don’t have any children that I’ve had to give up.

And so, what I did was I tried to get inside the reality of her story as it exists in our world.  And to do that, I read a lot of articles and watched a lot of documentaries and news clips about sexual slavery.  And for me, and for this particular story, I came to the realization that I had been thinking about Fantine as someone who lived in the past, but she doesn’t.

She’s living in New York City right now.  She’s probably less than a block away.  This injustice exists in our world.  And so, every day that I was her I just thought, “This isn’t an invention.  This isn’t me acting.  This is me honoring that this pain lives in this world.”  And I hope that in all of our lifetimes, like today, we see it end.

I just want to make sure that I impress upon everyone in this room, I don’t want you to walk out of here charmed by Hugh Jackman, because we all know that he’s a miracle and we all know that he can get up and make friends with everyone and be totally friendly.  And sometimes I think that keeps people from seeing his genius as an actor.

And I just want to say the reason that that line [“To love another person is to see the face of God”] resonates with you, it’s because we’ve witnessed it in his performance the entire time.  What he does in this film is inspiring, and we were all inspired by him.  He was absolutely our leader.  So, I just don’t want his nice guy thing to distract you from the fact that he is a deep, serious, and profoundly gifted actor.

Discussing his own physical transformation from Jean Valjean as a slave to Jean Valjean as Monsieur Madeleine and how this allowed the movie to differ from the stage production:

It’s a very big part of the story, this relationship Javert has with Valjean.  They know each other right through the story. And when they meet in the play, it’s probably five minutes in where they re-meet nine years later and Javert has no idea who this guy is.  And it’s plainly clear to everyone that the guy has just taken a fake beard off and put on a grayer wig, you know, and it’s exactly the same guy.

We’ve actually have an opportunity here for all the characters to show time, scale, all these things.  So, he [Director Tom Hooper] said, “I want to make you unrecognizable.  And if people in your life aren’t saying that you’re sick, something’s wrong, what’s going on with you,” he says, “Then you haven’t gone far enough.”

So, I did lose a lot of weight and then had the joy of putting weight on, which was a 30 pound journey from the beginning.  But, I have to say all that pales in comparison to what this lady next to me [Anne Hathaway] did, because at least I had time to prepare and do that.  Annie was doing it over 14 days.  I think you lost about 300 pounds in 14 days.

On the camaraderie that formed between the cast during filming:

I remember one of the first days of filming, I was singing the soliloquy, that first number in the church.  And I remember that we were down–and the church was this beautiful little place in London, a real old church.  And I came up the steps, these winding stone steps, and Annie was at the top there and just come over, and she had tears in her eyes and she was hugging me.  And I said, “Hey, what are you…” and she goes, “I’m not going to miss this for the world.”

And it was like that.  I’ve never known that on a film before.  We were all kind of there for each other.  It had the feeling of the closest stage show I’ve ever been involved with but it was a film, which is unusual.  And yes, we’ll be bonded for life for what we went through.

On what he was looking for in his actors:

I wasn’t just looking for great singing and great acting, but I was looking for people who could act through the medium of song and instinctively understand the necessary shift from when you’re singing to a big room, much bigger than this, compared to when you’re singing to a camera in close up.  And there’s a sort a necessary minimalism in film acting which they needed to combine with the requirements of serving the song musically.

On what drew him to to the story of Les Miserables:

Well, I think for me what grabbed me from the outset is that Hugo wrote such an extraordinary piece about humanity.  It’s certainly the reason why his book, which is 150 years old this year and has been translated all over the world and remains still such a piece that is read by so many people, and this musical has regenerated itself across the world in every generation.  The characters he wrote about we see in every walk of life, in every language.

I’ve put the show on now in nearly 30 countries around the world in many, many languages, and I literally have seen it in English and in Korean and Japanese in the last four days where it has an equal effect around the world, and particularly on modern generation.

I’m thrilled at how young the audience is, because they recognize themselves in the story.  This is one of the most contemporary stories.  It remains a classic, contemporary story for every generation. 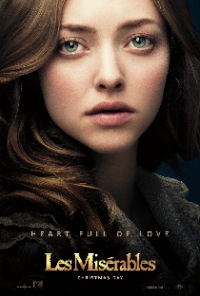 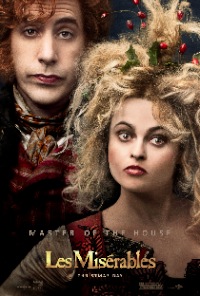 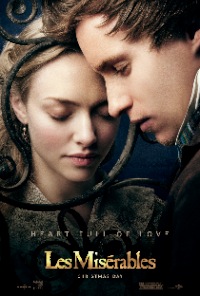 It’s the most profound thing, I think, that you could ever hear someone say.  And for it to be sung, it’s just that much more powerful.  I mean, it’s what we’re left with at the end.

And that’s why I think Les Mis has been such a phenomenon for so many years, because of the theme, what it’s about really, in the end, love.  And through Claude-Michel’s music, too, just like it’s a culmination of everything that we’ve watched and everything that we all kind of are looking for.

EDDIE REDMAYNE (My Week With Marilyn, The Other Boleyn Girl) as Marius

On the development of Les Miserables from a stage show to a motion-picture:

There was also something wonderful. The process felt so new that the extraordinary thing about this project was none of us really knew what we were doing.  It was this wonderful. The mixture of the theater world and the film world meeting together on a process that felt unique and original to all of us.  And none of us knew the right answer.

And so, what was the most leveling and bonding thing I felt was on that on day one. We’d all gone through an incredibly rigorous audition process to get the parts.  And we arrived there going, “All right.  Annie, how are you going to do that?  Hugh, how are you going to do that?”  And actually literally asking each other for advice and never feeling like we found the answer either, but constantly aspiring to do as best as we can because we are fans ourselves.

On being envious of Daniel Huttlestone who plays the street urchin Gavroche:

Genuinely envious.  I watched the entire film going, “God, couldn’t I have played Gavroche?”  And he was so good. God.  But, I literally watched the film and he was so brilliant, and as was Isabelle [who plays young Cosette]. They were so effortless and wonderful.  And my inner seven year old was so happy whilst being deeply jealous.

On how the cast dealt with the emotional toll of telling the story:

Sacha Baron Cohen and Helena Bonham Carter.  It was such a rigorous shooting process and was fueled by passion.  But, yes, there were hard days.  And the way that Tom [Hooper] likes to work is he likes to create real scenarios.

So, Sam [Samantha Barks] was singing in freezing rain.  Hugh was carrying me, carrying me through disgusting sewer stuff, not chocolate milkshake. But, there was this wonderful thing where about three quarters of the way in, Helena and Sacha arrived.  And it was just this lightness that we needed.

Les Miserables opens at theaters everywhere on December 25th. Click to read my review of the film.