This post is in partnership with Warner Bros. Pictures.

Caleb and I had the chance to head to San Diego last week and attend a press junket for the new LEGO NINJAGO movie. We had so much FUN! Not only did we get to screen the movie before it hit the big screen, but we also stayed at the wonderful LEGOLAND hotel and visit the super cool amusement park. If your child loves LEGOS, you need to read this post. LOTS of great tips for you to check out in case you want to head out West as well.

The LEGO NINJAGO Movie will release in theatres on September 22nd. Mark your calendars!

About this movie: In this big-screen NINJAGO adventure, the battle for NINJAGO City calls to action young Master Builder Lloyd, aka the Green Ninja, along with his friends, who are all secret ninja warriors. Led by Master Wu, as wise-cracking as he is wise, they must defeat evil warlord Garmadon, The Worst Guy Ever, who also happens to be Lloyd’s dad. Pitting mech against mech and father against son, the epic showdown will test this fierce but undisciplined team of modern-day ninjas who must learn to check their egos and pull together to unleash their inner power of Spinjitzu. 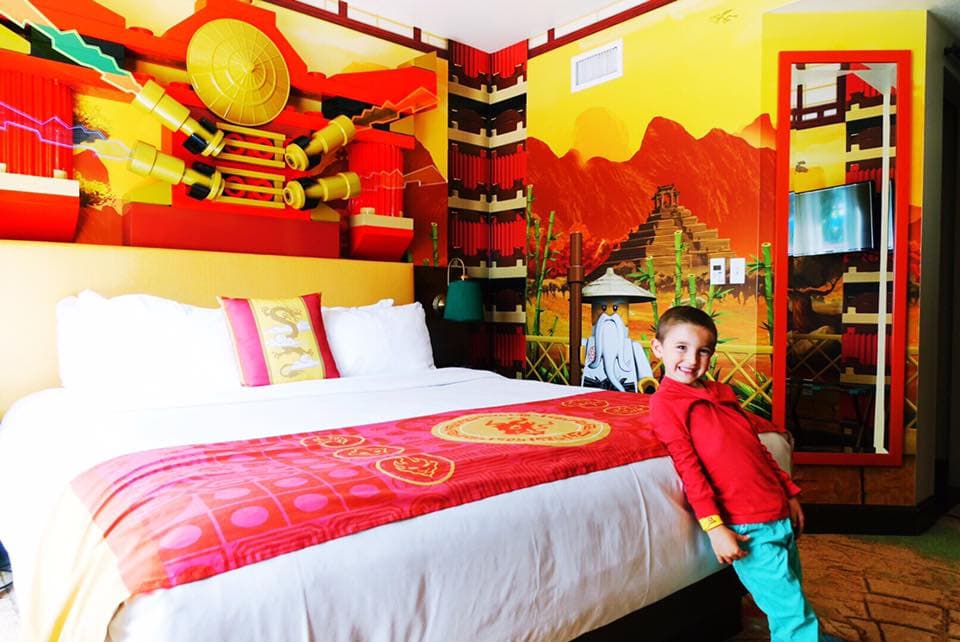 When we arrived to the LEGOLAND Hotel, we were booked into a NINJAGO room. How perfect! It had us all revved up for the screening. I couldn’t get over how many details we found all throughout the space. From special symbols on the carpet, to your very own LEGO play area, this is a room that children DREAM OF! 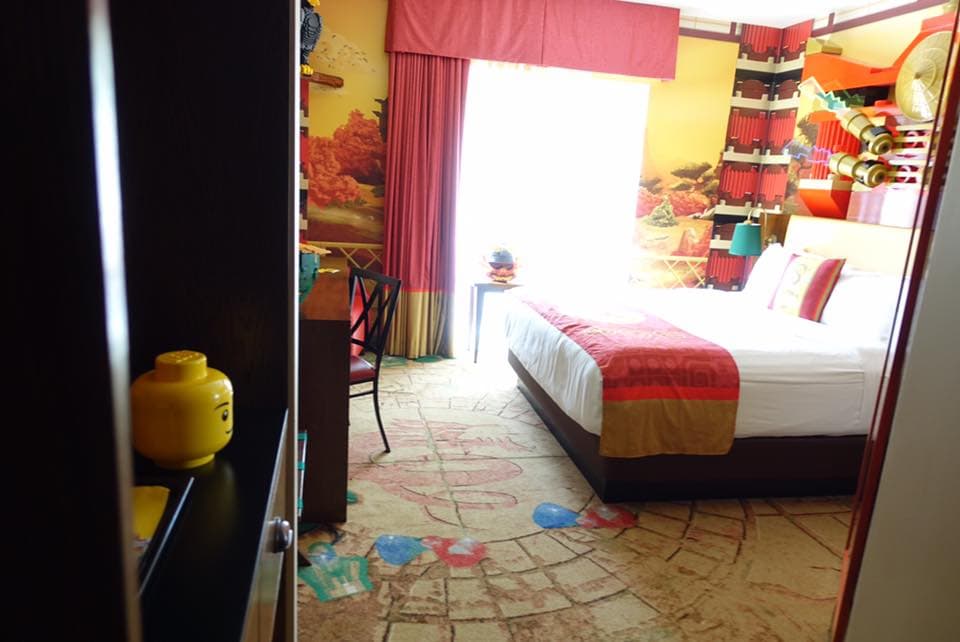 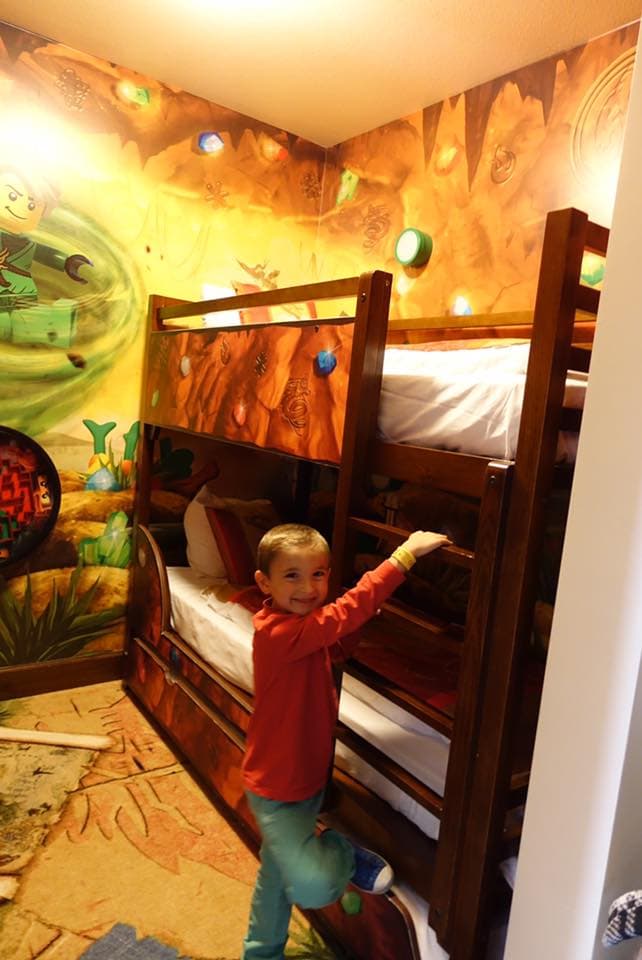 I mean… bunk beds! Do I have to say anything else? 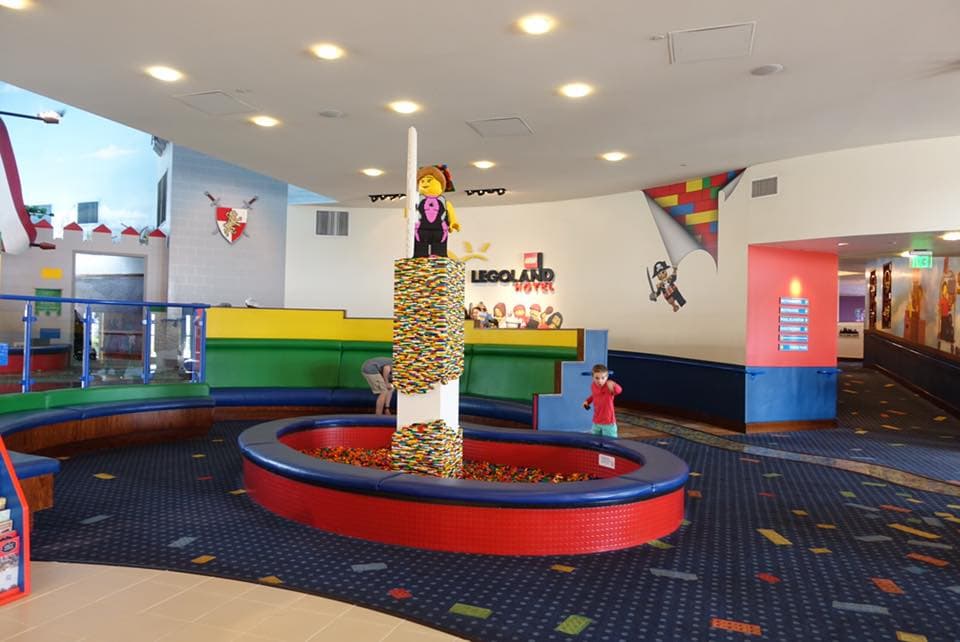 Between the personal room, the vats of LEGOS you stumbled upon no matter where you turned and the amazing SHIP of adventure in the lobby, this was a great landing space for the junket. If you have a little one, it is a MUST VISIT. 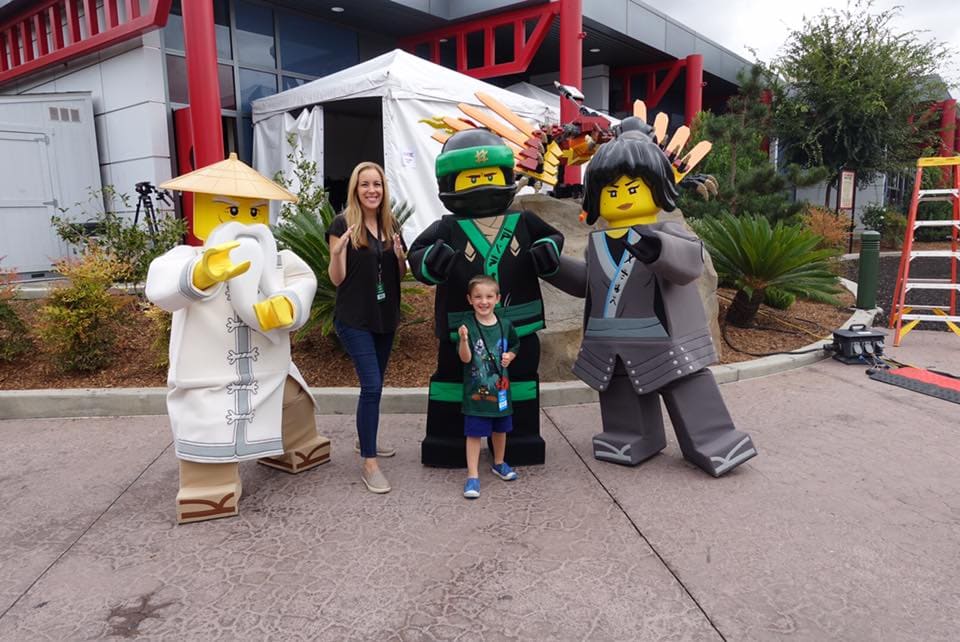 Ok, first of all, we are HUGE LEGO movie fans. I mean… huge. The first thing I did when I sat down on the plane while heading to Spain this summer was watch LEGO BATMAN. Me. Alone. Yes, it’s like that. We love the fast-wit humor that the writers offer in every movie. I am happy to announce that the LEGO NINJAGO movie was no different. I laughed just as much and so did my son. It’s a movie that is made for the entire family. Caleb was SO HAPPY watching Lloyd make his way through this adventure. And what an adventure it was! 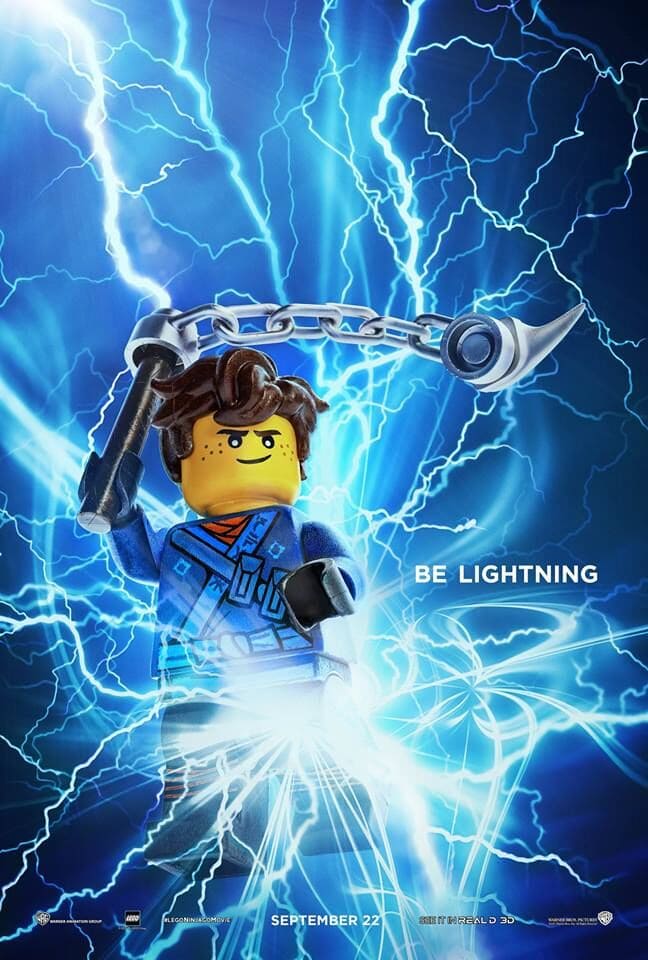 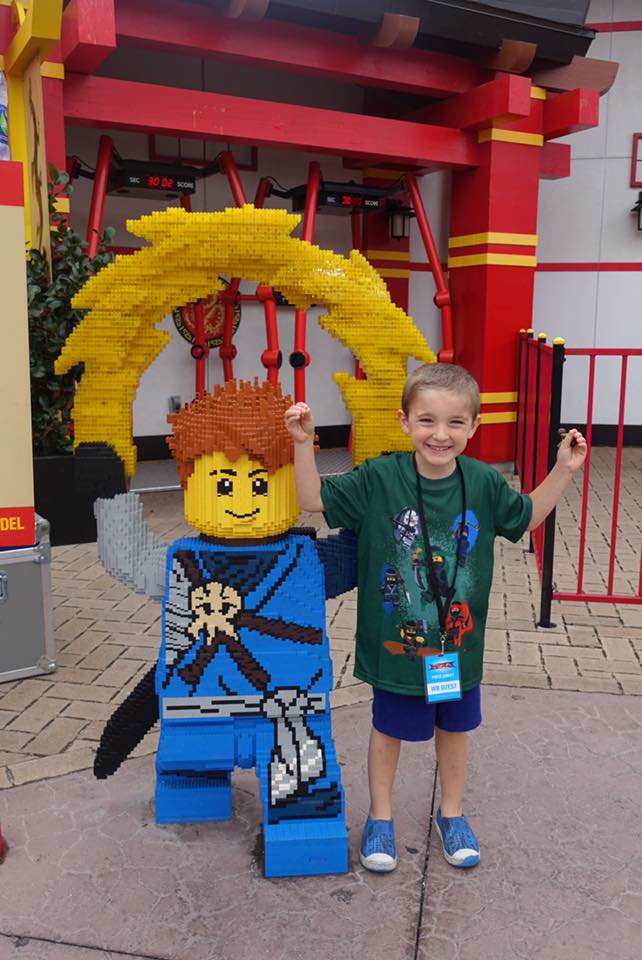 When the film was over, he said he wanted to be a ninja for Halloween. Which one? JAY! He LOVED the lightning! How could I not oblige? We ran right to the store and picked him up a costume for next month. Super fun! 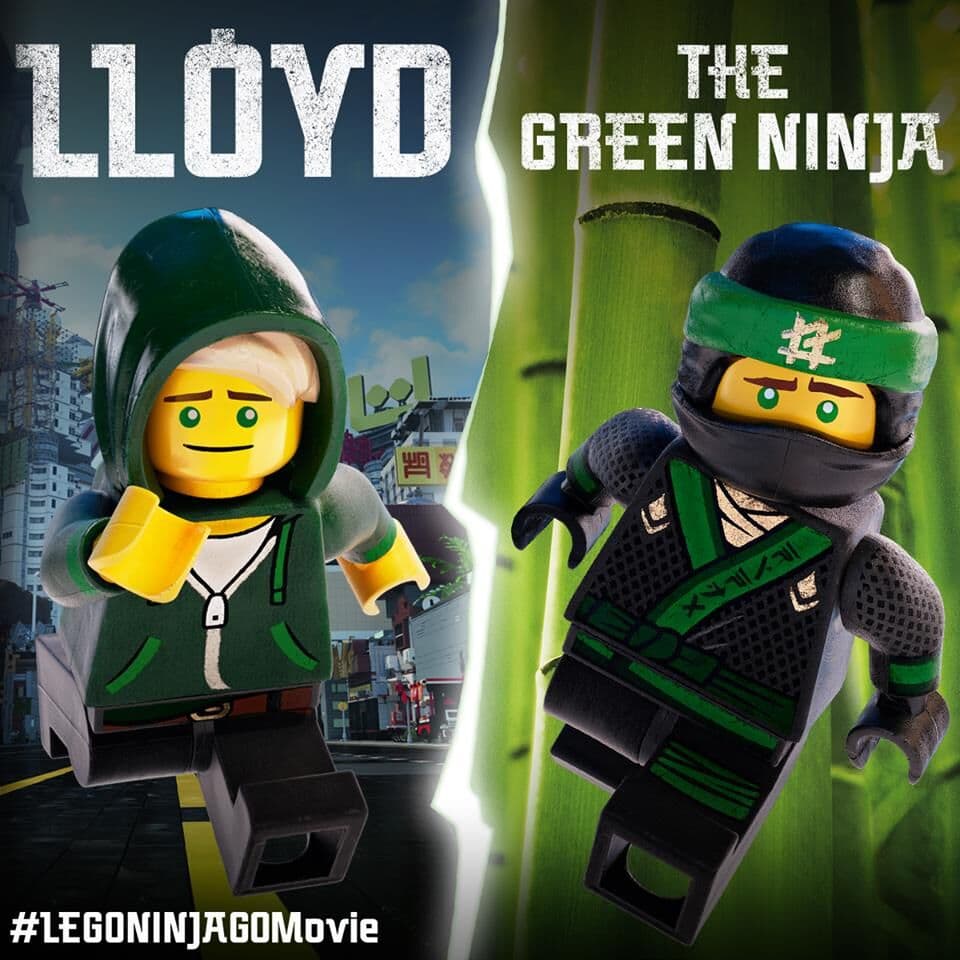 Lloyd is very loveable. You instantly begin to root for him as soon as the movie begins. I don’t want to tell you too much, but basically, his father is the enemy and everyone in LEGO WORLD knows it! So, that poor boy walks around without friends because well, his father spends all of his time trying to blow up his friends’ city! Makes sense, right? Such a new and different way to look at villains and superheroes. Loved it!

And speaking of villains, Garmadon was excellent. Downright hilarious. Comedic timing was impeccable. I laughed so much all thanks to Justin Theroux… I mean Garmadon. 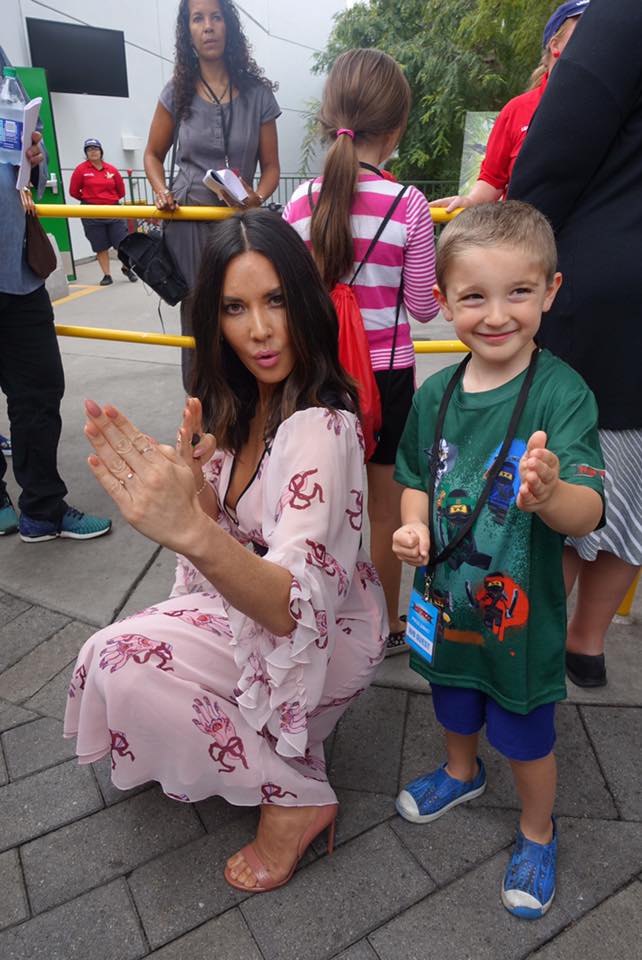 At the press junket, we had a chance to meet some of the celebrities that lent their voices to the cast – including Olivia Munn. She was beyond nice! Cannot reiterate that enough. 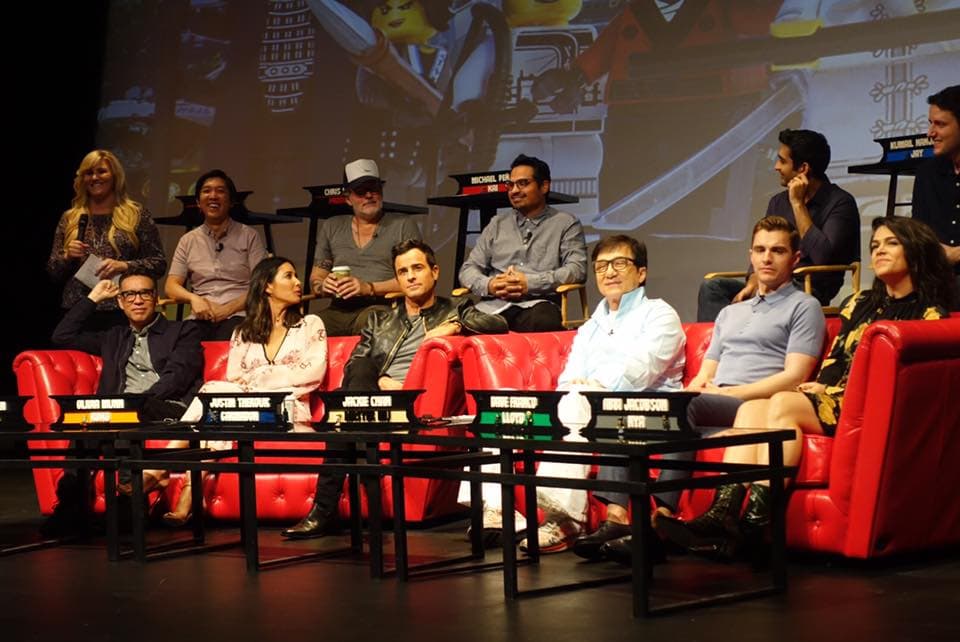 The rest of the group really got along. Such great banter amongst them all while up on the stage. Stay tuned for a few quotes!! So excited to share those once they come through to me. 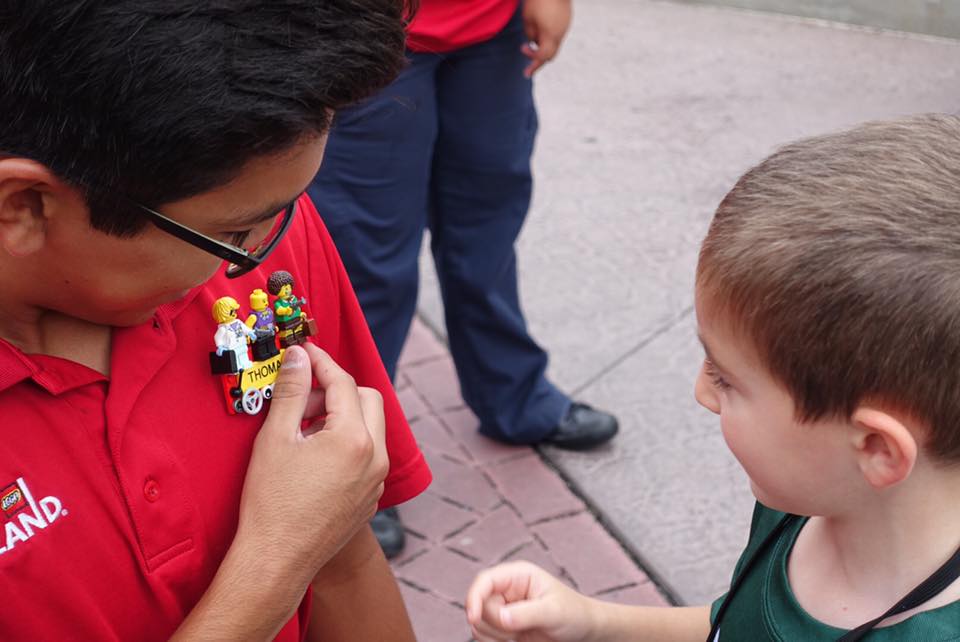 After the junket, we headed straight into LEGOLAND!! We had fun trading little Legos… 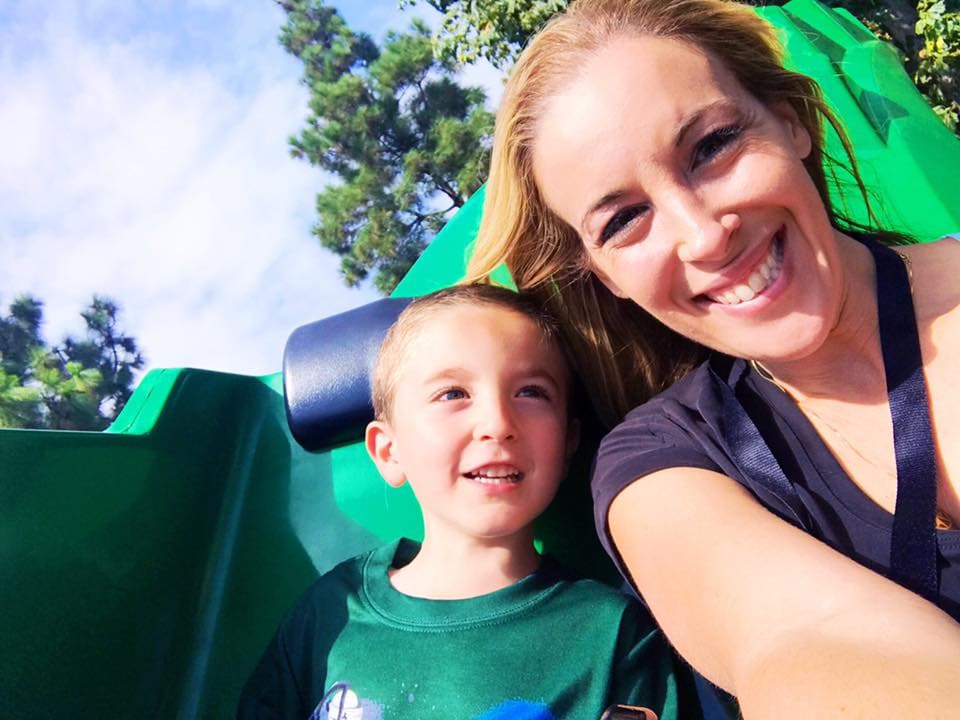 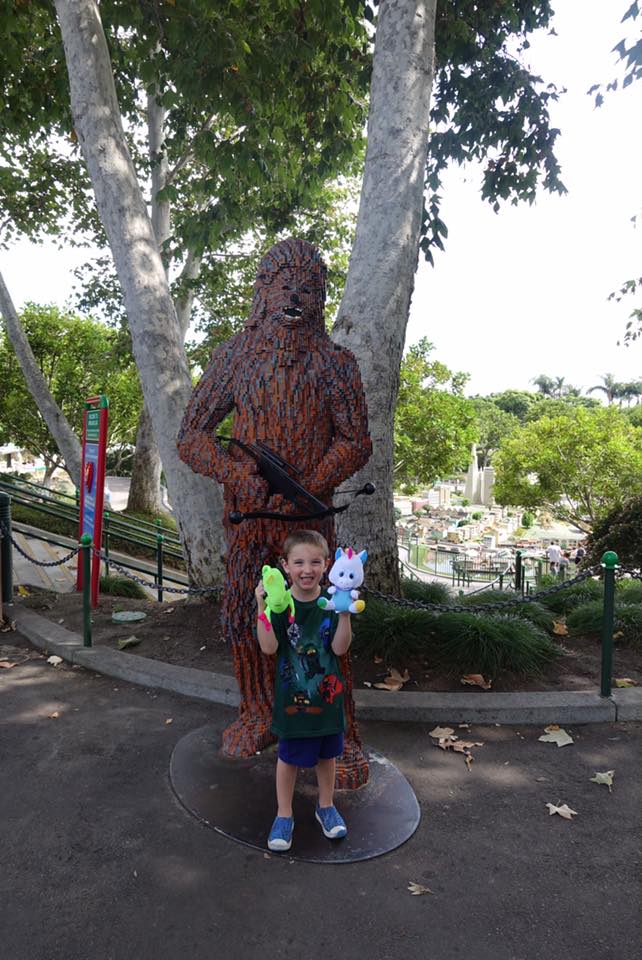 …winning prizes while playing lots of games and … 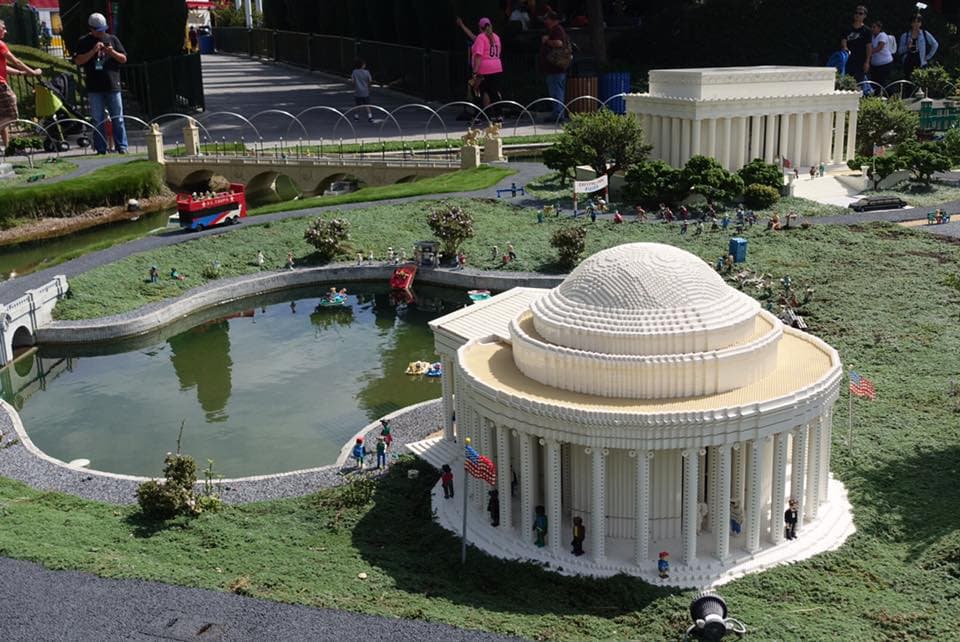 admiring all of the AMAZING LEGO sculptures that we found throughout the park. I couldn’t get over how incredible they all were. 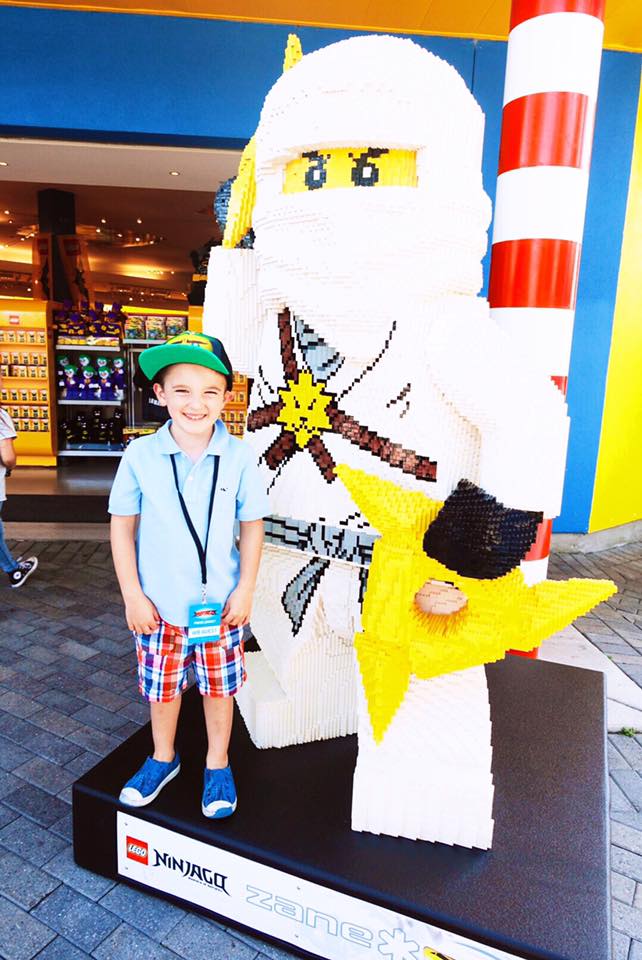 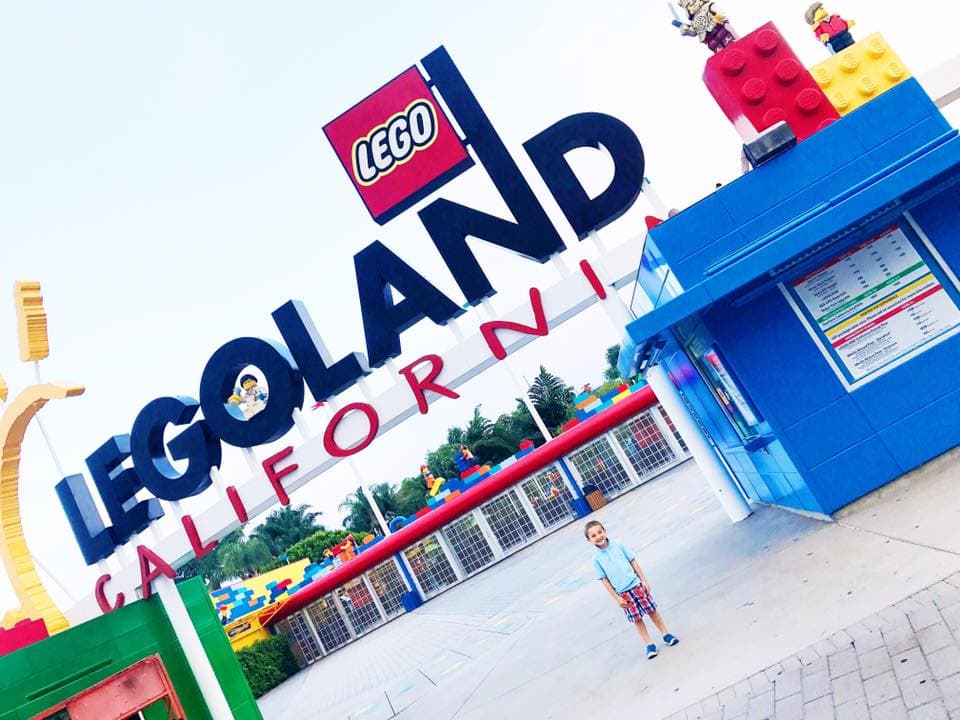 Get Your Advance Tickets Today!

Advance tickets now available: Use this link to snag your seats and to surprise your kids http://tickets.legoninjagomovie.com 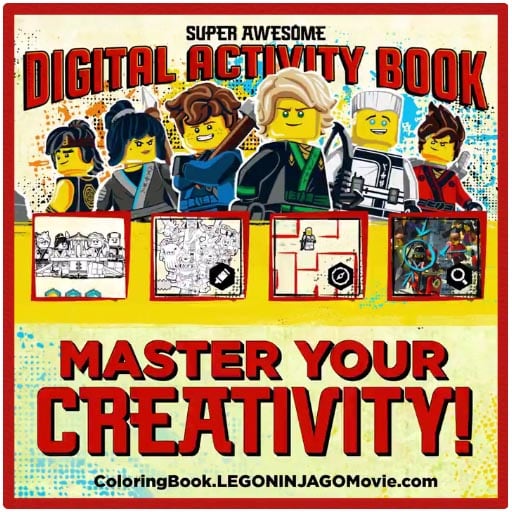 Looking for some fun games to play? Check these out:

I have heard really great things about this movie! I am sure it's going to be an amazing thing to see!

Every little child's dream is to be able to visit Legoland! The hotel room is fantastic! It would add more to the excitement. Even if my sons are grown, I know they'll still want to visit Legoland again. Those structures are just fantastic!

What a beautiful hotel! I would love to visit there someday. I can't wait to take my kids to see the movie.

What a fun trip! The movie looks great, my kids can't wait to see it. And that hotel - how cool is that there is a Ninjago themed room! Sounds like you guys had a fantastic time.

What a fun trip you had with your little guy! We stayed at LEGOland in Denmark and the hotel was just as much fun as the park! Thanks for sharing your fun press trip with us.