NO PURCHASE NECESSARY TO ENTER OR WIN. A PURCHASE WILL NOT IMPROVE YOUR CHANCE OF WINNING.

This promotion is in no way sponsored, endorsed or administered by, or associated with, Twitter. You understand that you are providing your information to Sponsor and not to Twitter. All third party trademarks used herein are trademarks of their respective owners. 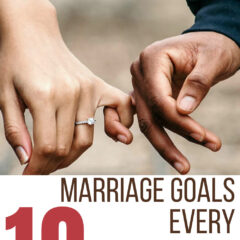 It’s just as easy to fall into a rut as it is to fall in love. That’s why it’s important for couples to set marriage goals early on and stick to them! Have check-ins as needed and remind one another about these important non-negotiables for the sake of your love. Why Set Marriage Goals? Setting […]

Zoodles are healthy noodles and are often found in gluten-free recipes as a replacement for wheat noodles or spaghetti. These instructions focus on how to freeze zucchini noodles while ensuring your zoodles remain firm to the touch while keeping their original flavor. Have you started to cook with zucchini noodles yet? This delicious alternative is […]