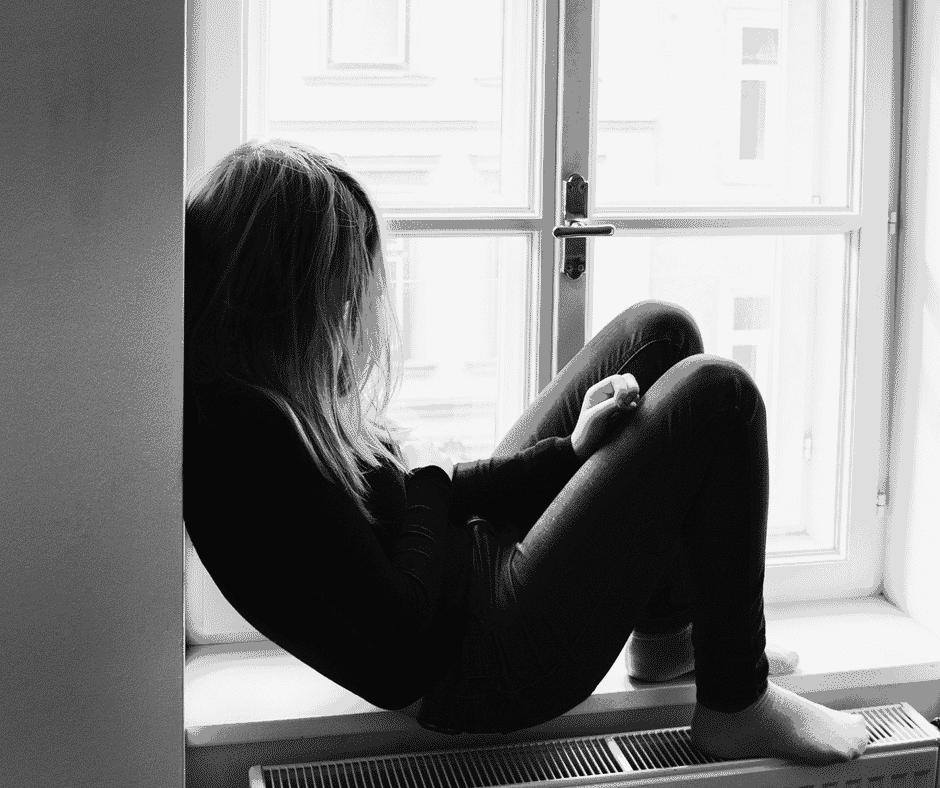 When I woke up to the news that Anthony Bourdain committed suicide, I was shocked to silence. I don’t keep my finger on the celebrity pulse anymore. In fact, I absolutely loathe anything related to Hollywood gossip. I am not a reality show kind of girl. I got all of that out of my system a very long time ago. But Anthony Bourdain represented something very different for me. I wasn’t a fanatical fan. I was an admirer. He had inspired me many years ago to look at things differently. To almost have a different appreciation for food. To travel differently. When we took our kids to Rome, my husband and I literally sought out a gelato place on his recommendation. That’s what I mean. We trusted him as a source. I didn’t care about who he was dating or what he wore. I respected him as an individual and wanted to hear what he had to say.

And I suppose the fact that he was a gritty New Yorker who was a bit rough around the edges also truly appealed to me. As you know… I, too, am one of those. While I can certainly pull off high heels and a strapless gown, I much rather be in jeans while drinking a hard cider on my stoop. That is who I am forever and ever – no matter where my husband makes me move.

Anthony unapologetically lived his life and that’s something that I try to do and do often.

His suicide was so heart wrenching because the life he led was a hard one. But you know what? He LOVED what he did. He had such a PASSION for his craft. And so, he gave all of himself to it – every ounce. Until he probably felt so overwhelmingly stretched thin.

Imagine how much time he had off.

Imagine how many phone calls he received for quotes and interviews.

Imagine how many fans approached him. And he accommodated it all I am sure – as I have read – because (like I said) he loved what he did.

We took and took and took until there was nothing left to give and then we took some more.  I’ve been toying with a tattoo of this exact sentiment for several years now because I would be lying if I said I couldn’t relate.

Because I suppose sometimes I feel like the industry I work in does the same. Sometimes I feel that the travel and the gigs and the deadlines and the 20 open contracts at once can pull me in every direction away from home. But I love what I do – so I give and give and give until I can’t give anymore and then I dig a little deeper and I find some more to give. Because when you live a life filled with passion that is what you do.

Anthony was a powerhouse. He was a pillar. He probably got the majority of us interested in food in ways we would have never thought to explore.  He LOVED what he did and he taught a lot of us to do the same. But it came at a cost.  Books, events, filming, depression, quotes, openings, filming, depression. Give give give give to something that made his heart soar. That’s why this was so hard. Because I understood that he loved it but that it was also ruining him in some way. And maybe I related to that on a very personal level.

The world wanted every piece of him. All week, as I flipped through cable, I saw countless channels pay homage to Anthony and it made me even sadder that there was THAT MUCH content available to show. He gave his soul to us. We sucked him dry. No-one should have that much footage available to run. No-one. 24-hour blocks of content running at a time. Imagine how long that took to film? A one-hour show does not take one hour to film. A general user might not even think about that, but I do because I have been behind the camera. I mean, a 30-second clip could take 8 hours for goodness sake! I can’t imagine how many days a one-hour regular could slate!

I mourn his loss, but I also 100% felt that if he couldn’t handle it all, then how can anybody else? He was Anthony Bourdain after all! It’s taken me several days to digest these feelings. I’ve cried a dozen times – I’m not going to lie. I’ve cried for US. For the state of US – society. For the fact that we are so insatiable that we are driving people to their end. That we will never be satisfied. That I am part of the problem. That I recognize that and that I’ve recognized that for quite some time but cannot figure out what to do about it all. That there is no way out. I’ve cried for my children. I don’t know what our world will be like in 10 years. Society is prioritizing all the wrong things.

I didn’t know Anthony but Anthony represented something very real for me. He represented someone who was living his dream. He made it. He was doing everything he loved. He got to the top. He was filming and living a life of passion. He was creating and sharing information about food and travel and all the things that he held near and dear to his heart. And it wasn’t enough. In fact, it was too much. It made me realize that society has us all chasing the wrong things. We are surrounded by people but everyone still feels so alone. It’s because we are with the wrong people. We are never satisfied because we want the bigger cars, houses, vacations, etc. But no matter what, you will always want something else. Maybe because that’s not really what your heart wanted anyway. It needs peace, love, and family. We are being force-fed so many lies about life on social media 24 hours a day and I think most of us are really actually believing it all which makes me crazy. I recognize everything is fake. But I don’t think there are a lot of people out there that do. People are going into debt trying to live some made up life for what? To impress people who are just swiping by you anyway? I don’t get the point of all of this? Why did this all start anyway? How can we get away from this? I really don’t know? I swear it has to stop but there’s no way to stop it.

So, why did Anthony Bourdain’s suicide put me on edge? Not because I am in any way in threat of doing that myself. I have two friends that committed suicide – once of which was my college roommate. I am permanently officially scarred. I am also in a good mental state and am blessed to be very self-aware. I just need time to process my emotions. It put me on edge because I am so scared for our children. They are going to give and give and give to Instagram and YouTube and Snap and all these other outlets that pop up until they can’t give anymore. They are going to want to travel the world to look like they are amazing. They are going to want to look like they have the perfect lives and it scares me.

Anthony had real friends. Chefs that he filmed with daily. Broke bread with daily. They are sobbing on the news. I can’t even watch the clips anymore because they make me get a migraine. He wasn’t alone. He had a girlfriend. He had a child. He had a family. He had the perfect job. Dream job! People literally aspire to land the gig he had. On paper, this guy had it all. None of it matters. Depression, demons, and whatever else he was holding onto from the past – it won. So, all of it didn’t matter.

What’s the lesson here? I would drop a hotline number at this point, but it’s on Google and you can find it if you need it. Instead, I rather you – the reader who isn’t depressed – call someone you haven’t spoken to in a while. We need to build up our communities. Social media broke our small circles. We are all so worried about widening our reach, we forgot about our little inner circles and Sunday dinners. Start those up again. Don’t worry about saving the world. Worry about your cousins and your best friends. If everyone worries about 4 or 5 people, we will all be in a really good place. Stop trying to be a superhero and just look at the good people in your corner. Start there. I’ve been terrible with this. Social media isn’t real. Repeat after me. Your Facebook friends aren’t real. Your Instagram followers aren’t real. Your Twitter followers aren’t real. And yeah – some of your best friends that you ever met are from Facebook. Great. Me too! I’ve been blessed in the blogging community. But I’m talking about human interaction during the week. Coffee meetups. Sunday dinners. Movie nights. We need those to come back. I’m not saying this is going to help end suicide because Anthony Bourdain literally had dinner with his friends every single night according to all the papers. That man was not alone. He was surrounded by people. Sometimes these things just happen. We can’t fix everyone! But maybe – if there is a chance – to notice something that is a bit off with someone that we love – it’s worth a weekly meetup. It’s not the solution for everything. But it’s worth a try and it’s good for the soul.

It’s good for your soul and their soul. We all need this. Our hearts need this. Our children need this. Let’s start fixing what social media broke today. The post is over. Pick up the phone and call someone you love.