Interviewing Gwyneth Paltrow During The Iron Man 3 Premiere #ironman3event (Will She Be The Next Super Hero: Rescue??) 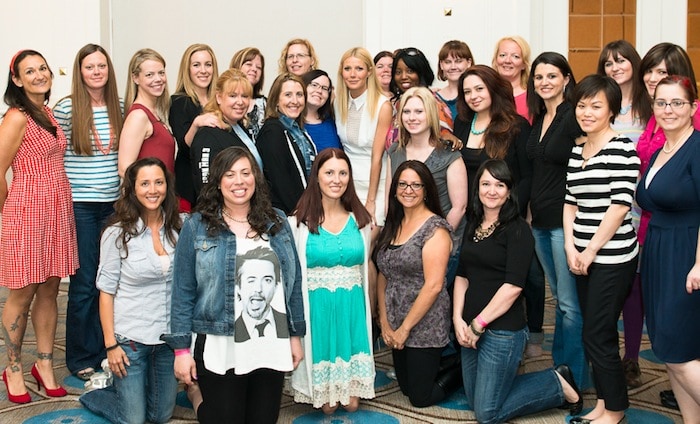 I still can’t believe what an amazing time I had last week with Disney and Marvel at the premiere of Iron Man 3. Interviewing Gwyneth Paltrow had to be one of my lifelong professional highlights FOR SURE. Talk about A-list!!!!

She was so down to earth, as beautiful as you’d think and absolutely was in NO RUSH (despite having to walk the red carpet two hours after her time was over with the group).

I would have been insane.

But not Gwyneth. She was cool, calm and collect. She was lax in a designer dress that I almost ripped off her body. The only thing that stopped me was the fact that we were nowhere NEAR the same dress size. Lucky lady… because it would have gotten real awkward in there real fast.

We chatted about a few things – namely:

I mean… what a YEAR!

There is just SO MUCH to talk about here – so I have to split it out. Here’s part one of my Gwyneth Paltrow interview. 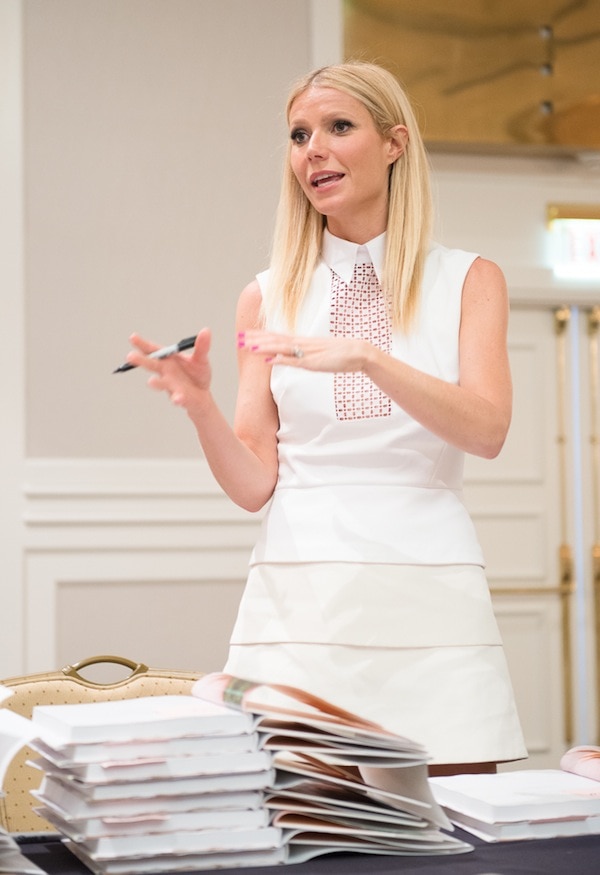 (all photos taken by the ever-so-talented Dear Crissy)

No spoilers here I promise… it’s in the extended trailer. Gwyneth gets to actually put on the Iron Man suit in the latest Marvel installment. I would have been pretty psyched for the experience and according to the actress – she was too.

Oh, I loved putting on the suit. It was really weird. I’ve never done anything like that in my whole career. My son was on set and so I’ll never forget it. I walked out onto the set and I was fully dressed in the suit, and his face, because – in the last year and a half he’s watched the the first Iron Man and Avengers and everything – I’ll never forget his face. Like, he was in shock and awe. It was so cool.

What a mom moment!! Can you imagine what your little one would do if YOU walked out in THE Iron Man suit!! LOL – Liam would have FLLLLLIIIIIIIPPPPPPEEEEDDDDD OUT.

So, did it earned Gwyneth major mommy points?

When you watch Iron Man 3 (notice I said WHEN not IF), you will notice that Gwyneth Paltrow’s character is much stronger in this film than in the last two. She is now President of Stark Industries and has better command of  her own life. We asked Gwyneth what it felt like to play such a strong role model.

I loved it so much. You know, I was getting kind of like, come on, guys. All these boys are flying around doing all this fun stuff. I loved how patient and kind and sweet Pepper is… but when I read this script, I was like, oh yeah! She’s in the suit and flying around and I loved doing the stunts. As I said, I really had never done anything like that before. It was really fun. I felt like I should’ve been doing this my whole career – it’s like, why am I doing all these period films? It’s so boring.

Seriously – when she said that I laughed out loud!! Gwyneth is KNOWN for those period films. THAT CRACKED ME UP! Whipped my phone out and tweeted the quote right away. Even retyping it made me smile. You’d never expect her to say such a thing, right? Love that!

So, what did Gwyneth think about ‘Iron Man 3’?

Marvel very kindly did a – or Disney, or I don’t know who- one of my bosses… [Laughs} After all the press in London, they rented a little screening room and so I, I brought my son and my daughter and seventeen of their friends and it was so awesome. We watched it in 3D and I was really surprised. I mean, I thought the movie was actually a really a good movie.

I normally don’t watch this kind of movie and I thought it was so good. I thought there were so many really interesting metaphors in it about, you know, the media sort of being proponents of fear and how that effects the culture and, like, what’s real, what’s a threat. I also loved Robert, like, Tony Stark being really stripped back and raw and you know, having to kind of McGuiver his way back to strength. I also loved the relationship with Pepper and Tony. 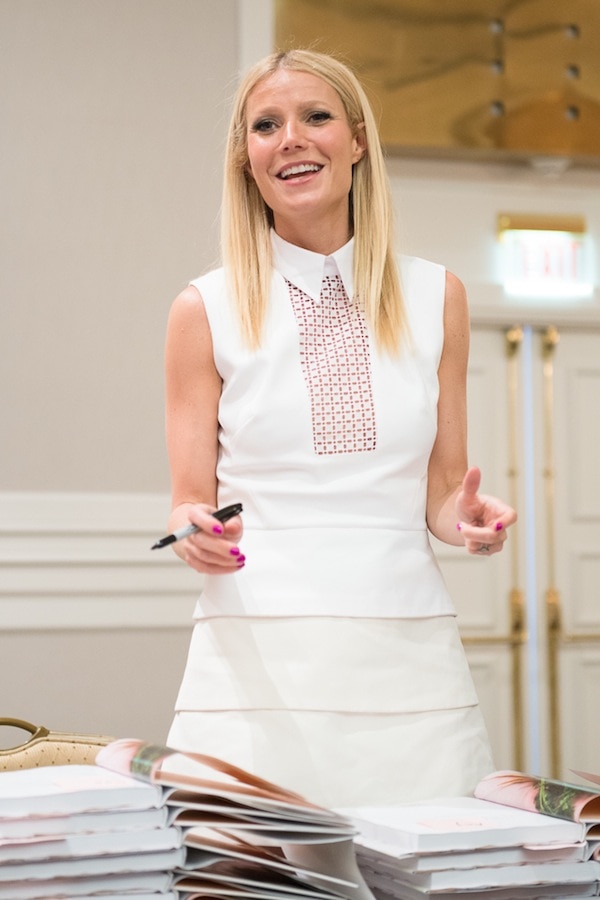 I am doing a review post soon enough – but I also loved the very striped version of Tony. Makes the man more relatable – very rarely do we think of Iron Man as an underdog, right? But in this film, that man has a lot of things that he needs to sort through and Robert – of COURSE – takes us through every emotion beautifully.

Here’s my question – the one that I know we all really wanted to know. Will she ever be the superhero!!!?

I don’t know. I would actually really like to, but really, am I old now to start, like, you know, being in action movies, [LAUGHS]. I would like to. The nice thing is that everybody’s sort of been very sweet about Pepper in this movie, like all the journalists who came in. They were like, oh my God, you have to have your own movie, because in the comics, Pepper gets her own suit, and she becomes a character called Rescue. And they’re like, we need a Rescue movie, and I’m like, okay, well, I’d better hit the gym.

And if she could choose a color for her suit, what would it be?

Robert is – of course – the man of the house. So, we couldn’t resist asking what it was like to work with him.

It’s so fun. I mean, he’s really the most spontaneous mad genius, improvising, like, you’re really on your toes. You know, it’s really interesting, actually, to see how all these different actors, what their process is and how they work. Jeff Bridges on the first movie for instance, he had binders of research and everything was underlined and highlighted… and there were graphs and all this.

And then Robert would come in and read the scene and rip it up, and be like, nope, we’re not doing it. He’s like, “Let’s make it up” and poor Jeff Bridges would be dying because he had memorized everything.

I personally loved it just because I’ve been doing this job for so long, it’s so nice to have someone who is scary and they’re like, what am I gonna do.

I have to say I was SO HAPPY that she said this answer because every single time I watch Robert in a movie, there’s always a scene where I’d watched it and think… THAT WAS NOT SCRIPTED! THAT BOY JUST MADE THAT UP RIGHT ON THE SPOT. Because when Robert gets into a zone, it just flows too freely to be memorized. I am telling you – there is always at least one scene in every single movie that he does where this happens. You can ask Bill! I end up always pausing right after the shot and going on and on about how it was all improvised. So, I SWEAR when Gwyneth gave this answer I just about levitated because she solved a very personal riddle for me – one that’s been haunting me for YEARS.

I have SO MUCH MORE from Gwyneth Paltrow! Please check back in a few days for my follow up interview. We started off talking Iron Man 3, but ended up getting a little personal which I loved. She was a real class act… and she raps when she cooks. There’s a little sneak peek for ya! 🙂