Inside Look: A Day With Mr. Peabody & Sherman At DreamWorks Animation 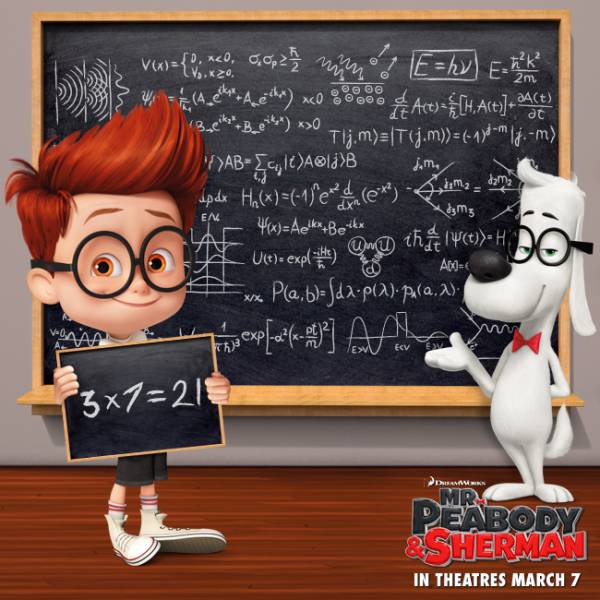 A few weeks ago, I flew out to Los Angeles on behalf of Lady And The Blog for the experience of a lifetime. When I agreed to fly across the country for the Mr. Peabody & Sherman event, I had no idea just how amazing this opportunity would be. I knew something good was in store, but to be honest, I kind of stopped enjoying animated television and films around the time I turned 13. With few exceptions, I have a habit of getting out of the cartoon movie outing with my family. So as someone who isn’t as into animated films as much as others are, trust me when I say, Mr. Peabody & Sherman was amazing. I LOVED it. I can’t wait for it to be March 7th already, because I am dying to see it again. But more on that later. 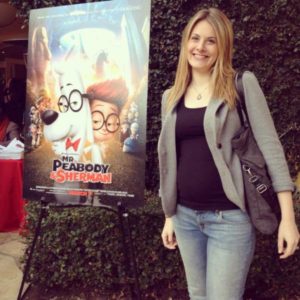 The morning after I arrived in L.A., myself and a bunch of other lovely bloggers from all around the country headed off to the DreamWorks Animation Campus. Upon arriving to the studios, we all couldn’t help but notice how beautiful and clean the environment was. It’s just such a cool place to be. You feel like you’re in the midst of magic in the making. After partaking in a beautiful breakfast spread (a special treat for this pregnant lady), we all took some goofy photos with Mr. Peabody glasses and bowties. Shortly afterward, it was time to screen the flick in 3D (sporting my special Mr. Peabody 3D glasses, of course). Director Rob Minkoff introduced the film, and you could see how passionate he was for the characters and the movie. This was his baby. And bravo to him- he made a real winner. I won’t get too much into the film in this post, but I have to just say it again- this movie was so much fun. It was enjoyable for kids and adults. It was funny, intelligent, and entertaining. Visually, it was amazing, and after the film was over, I was about to get a real sense for what went into the making of Mr. Peabody & Sherman. 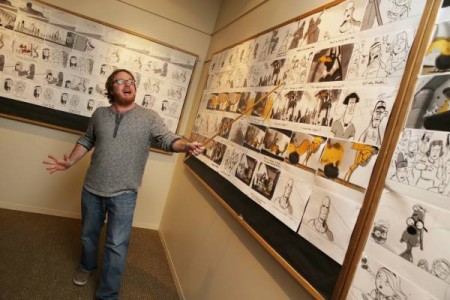 After the screening, I got a firsthand perspective of what went into the creation of Mr. Peabody & Sherman. My first stop: Story Presentation with Walt Dohrn. As you can probably tell from the photo above, Walt is a very animated person in his own right. As Head of Story, he’s in it from the beginning. The production of an animated film, particularly the caliber of Mr. Peabody & Sherman, is very complex. Everyone who works on this project begins to feel very deeply for the characters- they admire them, come up with jokes that suit their personalities, and give them behaviors and feelings that do them justice. The characters of the movie become like family. They strive to understand them and allow them to thrive in every way. But these characters have to start out somewhere, and they do so in sketches. Walt took us through an entire scene of the movie (playing the voices of many roles), through early sketches, and ideas for jokes and lines that supported the scene. Having just seen the film, it was incredible to be taken through such a journey. 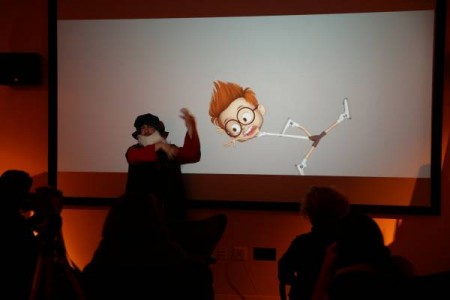 Next up, we were off to Animation Presentation with Jason Schleifer. As the Head of Character Animation, Jason brings the characters in the film to life. He explores every angle, perfecting every little detail that gives personality and physical expression to the characters. From the shape of Sherman’s teeth, to the flow of his hair, to the illusion created when he runs in his own funny way (notice Sherman’s 3 legs above– he doesn’t actually have 3 legs- it’s just an animation trick to give a little speed and oomph in his prance). Since Mr. Peabody & Sherman are characters from the old Rocky & Bullwinkle series, they wanted to do them justice, paying homage to the original art and creation, but also expanding upon it. The process of capturing the characters’ every expression resulted in hours over days, weeks, months, and years of getting it just right. And did they ever. 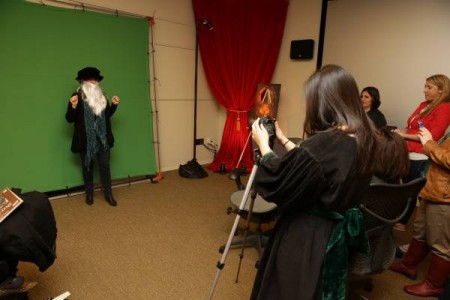 We got to have a little fun within Animation Presentation, even acting out a scene in the film, where we got a real sense for what it is to accompany words with physical expression. Doing this before a green screen, the brave bloggers that participated got in on the spotlight for a fantastic scene from the film. 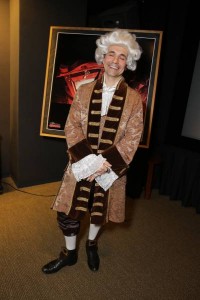 Then we were off to FX Presentation with Philippe Denis. As the Visual Effects Supervisor, Philippe is an expert in making 3D magic. He showed us all about the logistics of visual perspectives, framing, and shapes to invent incredible optical presentations. Even though he was all dressed up in his Marie Antoinette-era threads, never for a moment did you not take this guy seriously. Philippe blew my mind with his craft and knowledge in this very technical aspect of the film. I just don’t know how they do it, and that’s after sort of knowing how they do it! 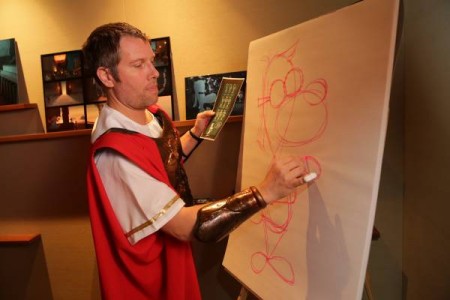 Our final workshop (before moving on to even more exciting activities at DreamWorks) was Art Direction with David James. As Art Director, David put a very comical yet valid summation on what his role is– he not only creates, well, art, but he oversees the design of the animation so that the viewer doesn’t begin to ask questions like, “Why is the dog talking???”. In an animated movie such as this, where Mr. Peabody, a talking dog/genius, performs abilities not alike our everyday reality (at least not my dog), you’ve got to be consistent with inconsistency, if this makes sense. If everything in the film’s design looks realistic in terms of its proportions and such, you might just start asking yourself totally valid questions, like “Why is the dog talking?”. And that’s not a good thing. Characters in Mr. Peabody & Sherman for that reason are proportionally different. You may not even notice it, but the doorknob may change height depending upon the character using it. Everyone seems to get along in a world where heights, proportions, and abilities differ. Art direction involves not only creating a visual masterpiece, but also an atmosphere where all of this impossibility is actually a plausible concept. All so you don’t ask… say it with me now… “Why is the dog talking???”. 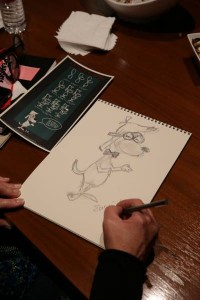 While in Art Direction, we also got a fun tutorial on how to draw Mr. Peabody in nine easy steps. That was actually really fun, and a great little art project to bring home for the kids.

Following the screening and four workshops, we had the opportunity to enjoy a delicious lunch with the film’s producers, as well conduct interviews with Mr. Peabody & Sherman dream team, from the director, to producers, to the character voice actors Ariel Winter and Max Charles. Look out for my next post sharing all the fun details from my interviews with the cast and creators of Mr. Peabody & Sherman!

Mr. Peabody & Sherman will be out in theaters on March 7th (I cannot wait!!). Check out the official website at here and be sure to check out the trailer:

This press trip was courtesy of DreamWorks Animation and 20th Century Fox. All opinions and impressions from my experience are entirely my own.