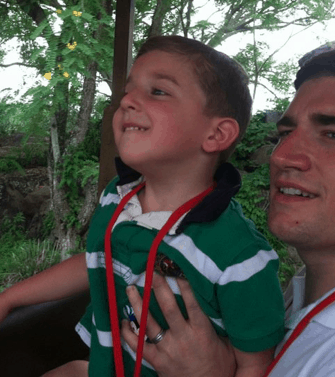 Two nights ago, my son couldn’t sleep so he came into my bed for some comfort. He was coming down with a cold and was a bit fussy. He wrapped one arm around my neck and held my hand with his other. Occasionally, he would kiss my nose as we slept forehead to forehead.

It was the sweetest thing ever.

I naturally didn’t sleep a WINK because kids tend to move around a lot and every time Liam did, he wanted to hug me in a different way.

I took it all in. It was one my best nights as a mom.

Fast forward two days – I am DYING. So sick. My friend Audrey called me and she thought she was talking to Bill. I sound like a freaking man. No fever – I’m capping out at 99.9 (but my normal temperature is actually 97.4). My nose is running. My throat is KILLING me… and I am out for the count.

Yesterday afternoon, during the shoot, I began to feel a bit out of it. My nose started to run and I kept grabbing tissues and pulling myself together in between takes. As soon as we were done, it was like my body gave itself permission to collapse. I literally don’t know how I got home. I drove the entire way in a fog. I kept snapping out of it remembering how dangerous I was being. THANKFULLY, there was so much traffic I couldn’t go above 25 miles an hour if I wanted to. I have never been so grateful for rush hour.

I came home. Made myself a sandwich. Took some NyQuil and was passed out in a matter of minutes. I woke up at 3AM because I guess the meds wore off and have been icky ever since.

I have nothing planned this weekend, so it’s really not a big deal. I am just going to lounge on the couch and catch up some TV. I’ve been watching ‘Falling Skies’ on TNT and LOVE IT. You should definitely start recording that one.