How Do I Expect To Stay In Shape When I Cook Dinners Like This? 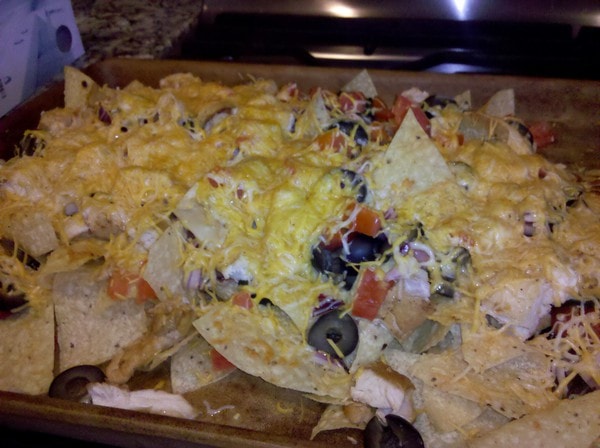 I mean… I am just setting myself up for failure, aren’t I? Yesterday was a pretty crappy day. I wrote a story that was probably the best post of my blogging life and it got deleted yesterday morning when my server overloaded due to a massive file upload. It was an accident. It was by chance. But the lengthy post about being in control of your own happiness was erased. I won’t write it again because I will never do the piece justice. I just found the whole thing so ironic.

I was SKIPPING to Bill to have him read it. I had it timestamped to go off around 3:30 or so. And I told him – “I can’t wait – I want to publish it right now”. What a message I was about to send! I felt so good about it. And then the site just hung. It was strange. Then all three sites crashed and I was like… wait. what just happened?

We hopped on the phone with the server people and they said they could fix it but we would lose one post. That post. It was gone. My balloon inflated and I got so angry! I kept thinking… out of ALL the posts to lose – it had to be my most favorite one?

It took me a while to shake it off. I kept referencing what I just wrote and then laughing because I couldn’t give into the feelings as quickly as I hoped. Bill told me to write it again – but I said the universe was telling me not to write it. I actually called out a few people I knew in the post and I think it might have caused some issues for me. So maybe it’s best that it never saw the light of day.

How did I resolve it all? By eating like a freaking pig. Chicken nachos for dinner? Who does that?! I do. (recipe here)

I then had a bunch of friends come over for a JCPenney shoot (story coming) and made chocolate chip cookies. So forget it! I was done.

Then this morning I woke up and had a cookie for breakfast. I felt… dirty as soon as I finished it so I think that streak has ended.  Do you abuse food when you are in a cranky mood?