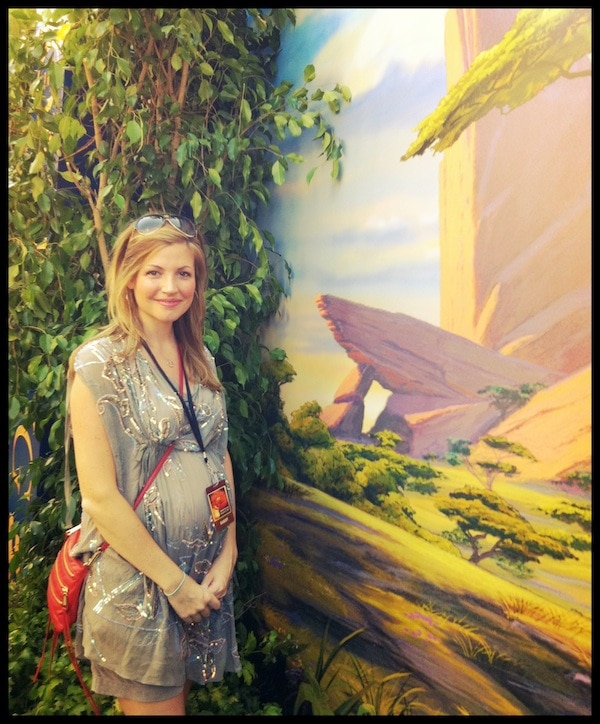 About a week ago, we were invited to Beverly Hills to celebrate the launch of the Lion King, this time in 3D. For the first time in 10 years, the Lion King will appear in 3D only on the big screen for two weeks, allowing new generations to experience the best selling home entertainment release of all time.
The movie not only won the Oscar for Best Original Score and Best Original Song, the Golden Globe for Best Motion Picture, it also inspired the Tony Award winning Broadway musical. With a hit song by Elton John & Tim Rice, the movie also features vocal talents from the likes of Matthew Broderick, Nathan Lane, Whoopi Goldberg, James Earl Jones, Jeremy Irons, Jonathan Taylor Thomas, Cheech Marin and Moira Kelly-Clearly a flawless lineup of fantastic actors that we have all grown to love on their own, and even more so due to this timeless movie.
Just like most people I know, I grew up on Disney films and animations. The Little Mermaid is permanently engrained in my memory and childhood, along with the powerful and emotional message of The Lion King, which seemed to resonate with so many people, on many different levels. A hilarious and timeless comedy about a lion cub that can’t wait to be king, but learns through the loss of his father and growing up on his own how to be a leader. 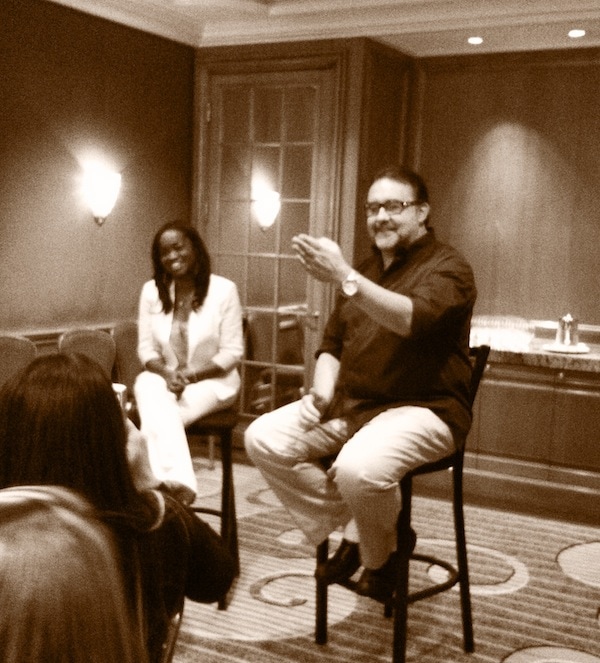 During our trip to LA for the premiere, we had the opportunity to sit down and talk with producer Don Hahn and Nikita Calame, the voice of young Nala. Both were charismatic and fully invested on a personal level into this movie-something that really resonated with me.
Don Hahn, also the producer of Beauty and the Beast-the first animated film nominated for a Best Picture Oscar was candid and honest about his experience working on The Lion King, and one could easily tell that he had seriously invested himself into the film.

“Unlike any other art form (animated movies are) a collaborative art form.” Hahn says. The idea that all of us together is better than one of us alone is the big thing I took away from this movie. It was the perfect storm of 600 people working on this one film for four years”.

Calame, who was 12 at the time that she recorded the voice of Nala (and precisely my age at the time as well) touched upon a part of the movie that seemed to really strike a chord with all of us, especially the parents in the room. “It was the first time in a long time that a parent died. I don’t think a parent had died since Bambi.”
I had been wondering about this a long time, so to hear Hahn’s response was very interesting, especially to a mother who has had reservations about showing the movie to her toddlers.

“That’s true” Hahn says. “Actually we have questions like that. You have eighty minutes to tell a story and killing off a parent is something we don’t plan on doing when we start these movies. These movies are about growing up, and a lot of times when you take a parent out of the picture, it forces the character into a situation where the have to grow up-probably artificially sooner than they would have. That’s really in the Lion King as well: Mufasa is betrayed by his brother and gives the guilt and sacrifice to Simba, and now Simba is not only alone but he is framed for the murder. “
“If you would have told me then about a movie about a lion king that gets framed for murder would be this huge hit, I would have said ‘No. That’s impossible’”.

The story is so tasteful and beautiful though, that the upsetting part of Mufasa’s death is evidently more about the lesson for Simba rather than the sensationalism of selling a movie. 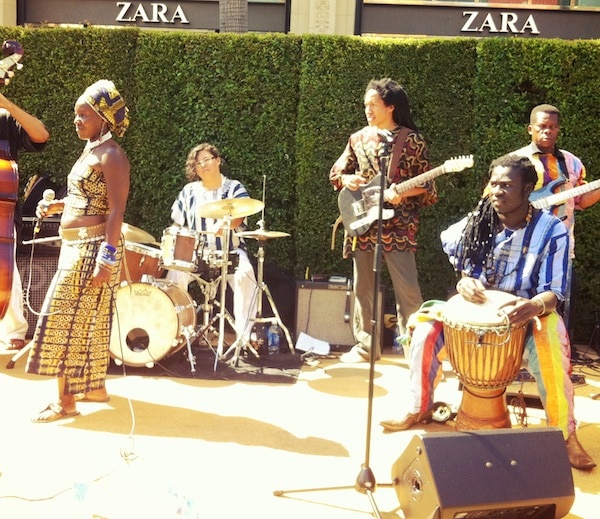 The Lion King team even went on a field trip to Africa to study the culture of the communities and the nature of the Lion species. During that trip, they were also searching for the theme song, which originally was going to be to the tune of “Que Sera, Sera” the Doris Day song, famously known for the phrase “Whatever will be will be”. The Lion King director quickly suggested the theme song use the African’s native term for “No Worries”, the now famous “Hakuna Matata”. 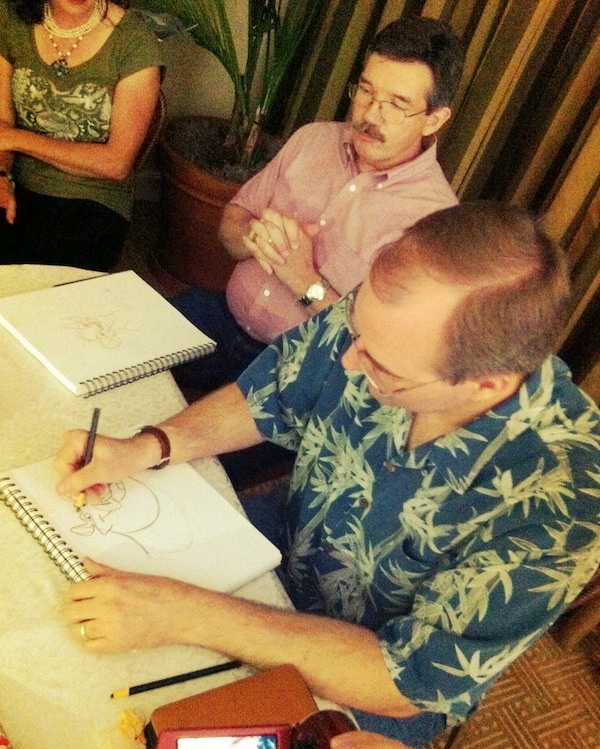 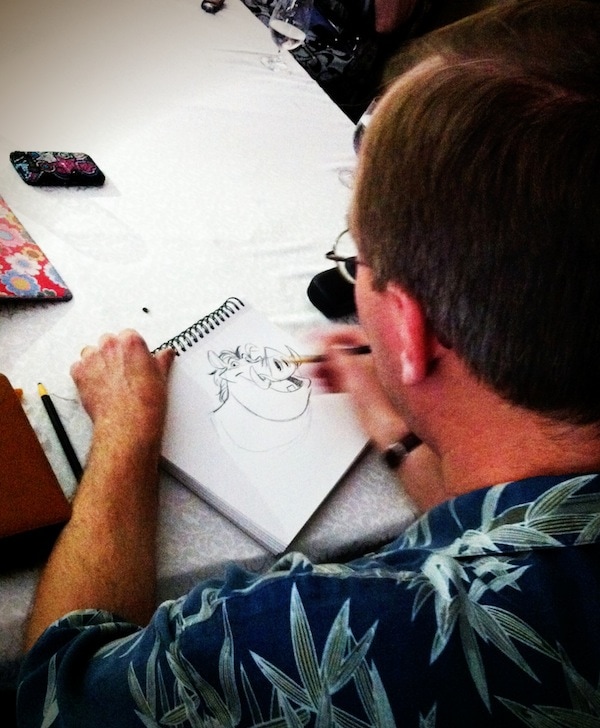 Even the animations were well thought out and incredibly lifelike, not only enveloping the personalities of the actors behind their famous voices, but also even some characteristics of the animators themselves. We sat down with Mark Henn, supervising animator of young Simba, and Tony Bancroft, supervising animator of Pumbaa. As they sketched freehand at the table of a dozen bloggers, they literally lit up the room with their humor and stories of creating some of the most beloved characters in film history to date.
A lifelong lover of comic strips, Bancroft spent his days as a child copying Peanuts out of the newspaper before eventually being accepted to the exclusive California Institute of the Arts. “I just loved to draw all the time-a big geek for animation. I consider myself a cartoonist first and an animator second, but I love both. “
Mark Henn applied three times to the Disney Studios before finally being accepted. He went on to become what Bancroft affectionately calls him “the ladies man”. Henn is the creative genius behind Ariel in The Little Mermaid, Jasmine in Aladdin, Mulan and Belle in Beauty and the Beast, as well as Pooh and Christopher Robin in this year’s super sweet and nostalgic Winnie the Pooh. Henn quickly became something of a hometown hero to his native Dayton, Ohio and has been with Disney for an impressive 31 years. I get the impression that the company and its movies just wouldn’t be the same without him. 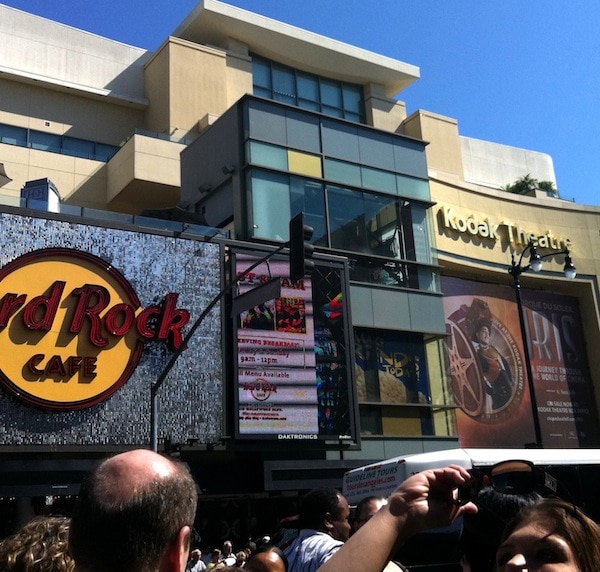 The movie itself was even more vibrant, emotional and powerful (especially that opening sequence when Mufasa raises Simba over his head) in its new 3D version. I found myself laughing and crying all over again, wishing that my children were with me and counting the days until I could introduce them to such a fantastic film.

The Lion King 3D will be released into theaters for two weeks on September 16th . The film, which has been in Disney’s famed Vault for the past 10 years or so, will be released for a limited time beginning on October 4th in three different sets on Blu-Ray. The DVD Edition will be available on November 15th. You can go into your local Disney store and place one on hold to be shipped or picked up on the release dates, as well- which is exactly what I did with my family this past weekend. I don’t want to miss the chance to own this classic for my children and even theirs.