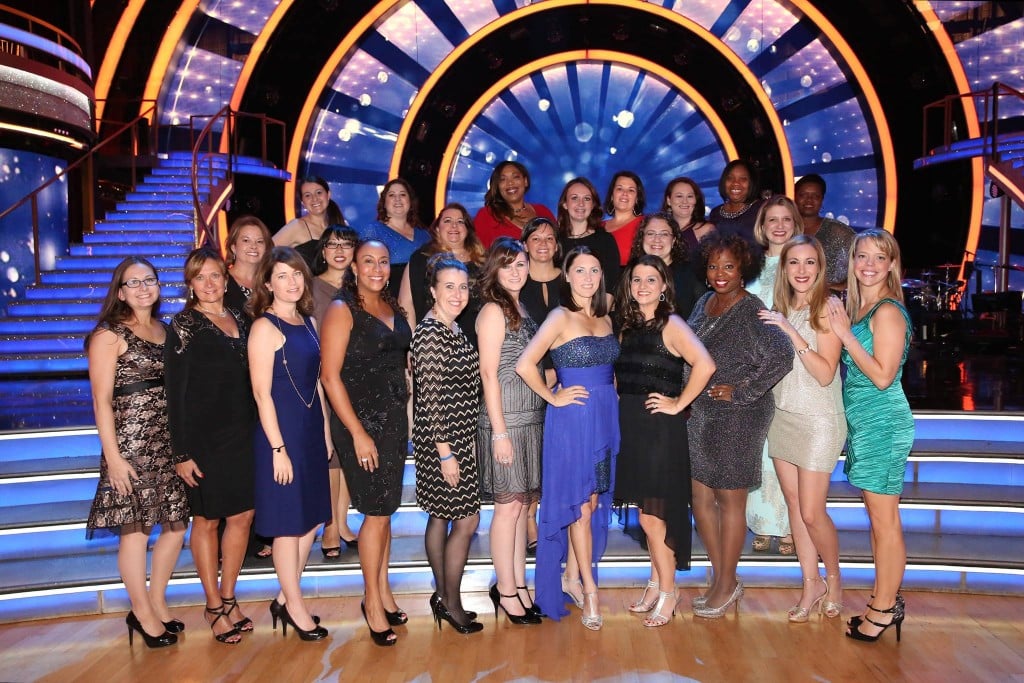 Oh thank goodness! I FINALLY get to tell you all about the time I visited Dancing with the Stars with the ABC blogger crew. So much FUN. I absolutely wanted to take dancing lessons after watching all of the MAGIC that happened on the stage. My goodness – that group can move. And let me tell you something…. it’s more powerful when you are watching it live. I kept having to remind myself to blink… and breathe. 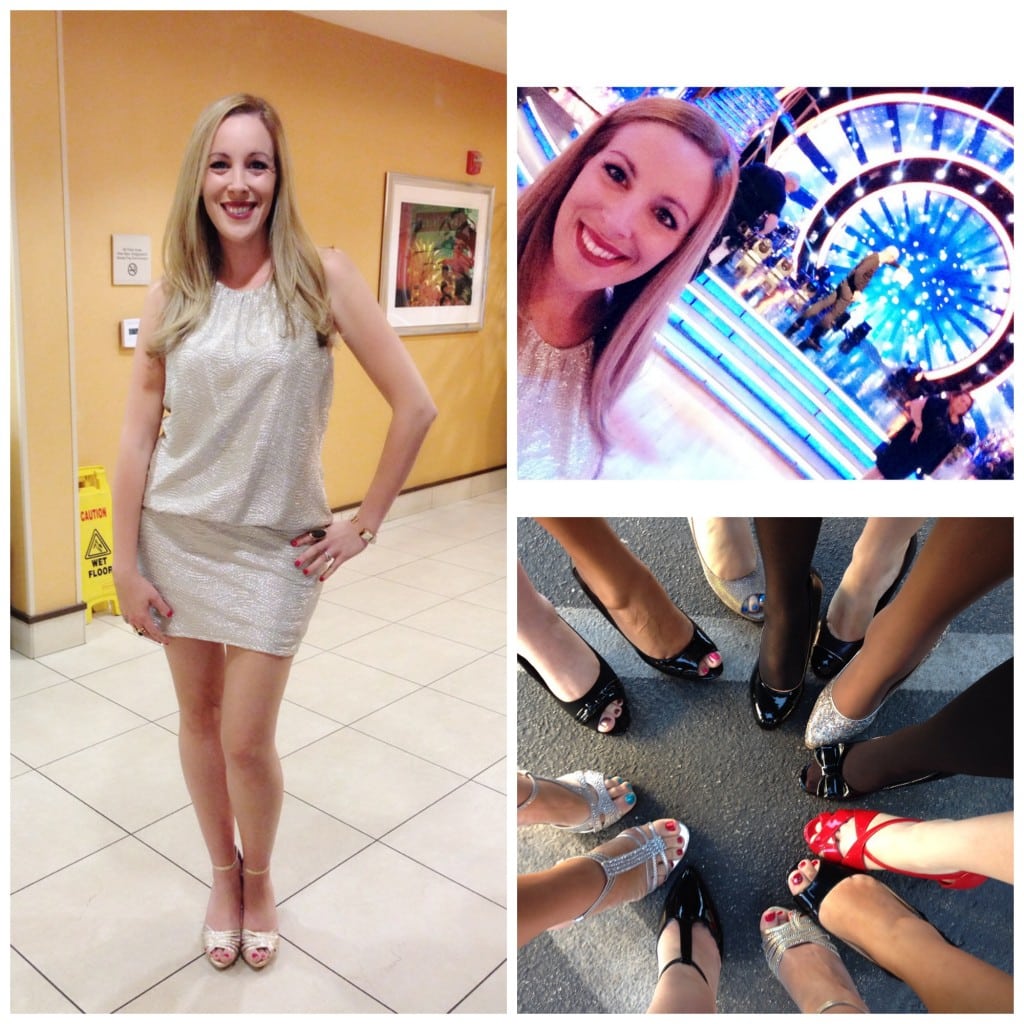 I figured since we were going to Dancing with the Stars that I needed a dress to fit the bill. Originally, I purchased a black, simple dress with some details on the skirt. But then I thought to myself… where else can I get away with wearing a gold mini? COME ON! I headed right back to the mall and bought this shiny number from Lord and Taylor. I don’t know if I will ever wear it again … but who cares?! Grocery shopping might get a little fancy around here moving forward. You never know.

As soon as we walked into the main ballroom you could just feel the energy. The floors, the lights, the seating — it all felt so alive. 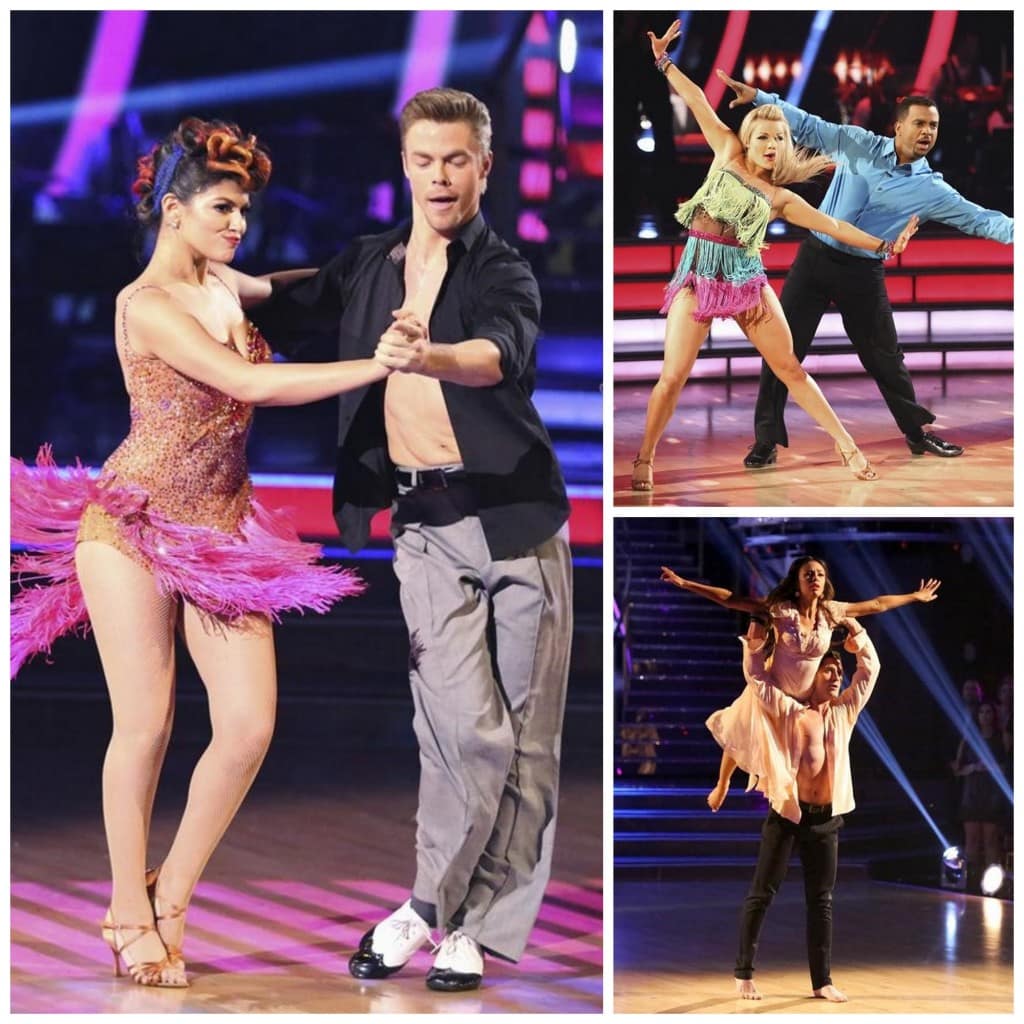 So, what episode did we watch? Number 1908! Dynamic duo night. It taped and aired on MONDAY, NOVEMBER 3 (8:00-10:01 p.m., ET), on ABC and was loads of fun. The duo dance styles included Jazz, Cha Cha, Contemporary and the Rumba. Additionally and for the first time this season, the couple with the highest overall score for the night was granted immunity from elimination. The duos who did not receive immunity then competed in a dance-off to earn extra judges’ points in an effort to increase their overall score. Stress / Anxiety / Happiness / Euphoria … and that was just me watching from my seat! 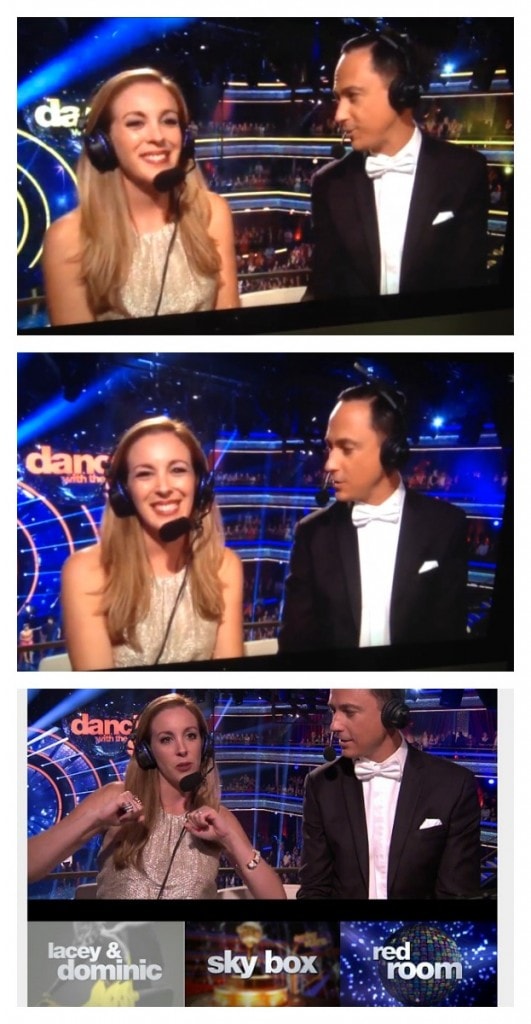 While I was there, I was interviewed by the Dancing with the Stars All Access crew.  In case you missed the interview, check it out below. We had about 3 minutes to chat about the program and my family’s love for it. I even busted out some moves for the camera. Yes, I went there. No. I’m not proud. Ok – I’m actually a little proud.It was super fun and a once in a lifetime experience. If I made a fool of myself doing club moves on camera, then so be it. 🙂 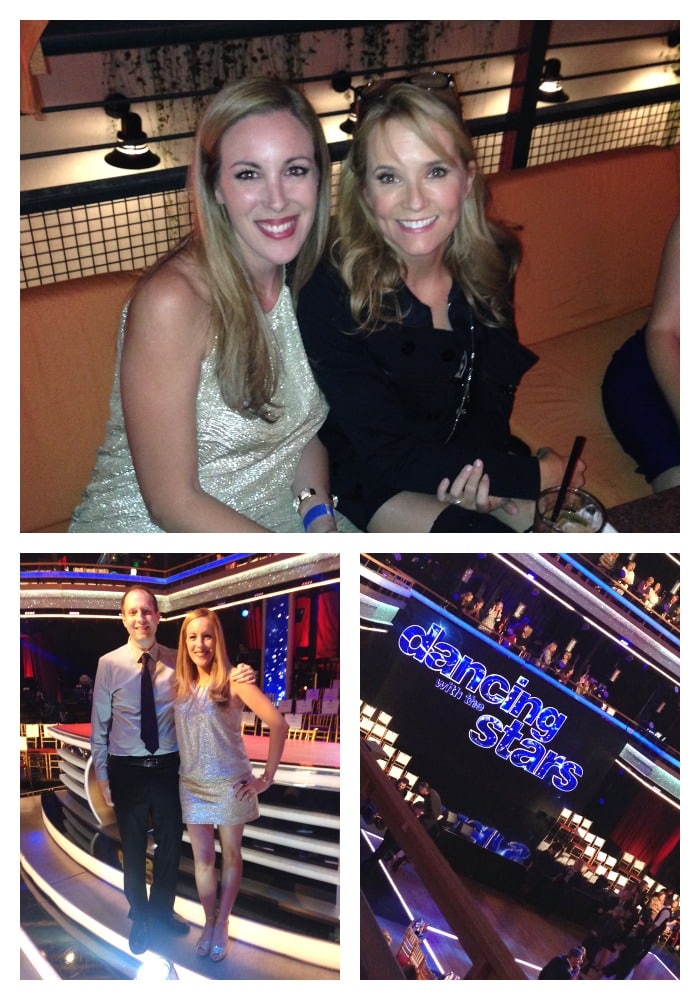 Once the filming was over, we all headed out to dinner. Now mind you — our itinerary said a “few surprises” would be at the restaurant. So, we thought maybe two dancers would show up. Well, let me tell you — ABC sure knows how to treat a girl! I couldn’t believe how many members of the cast were actually THERE. INSANE! 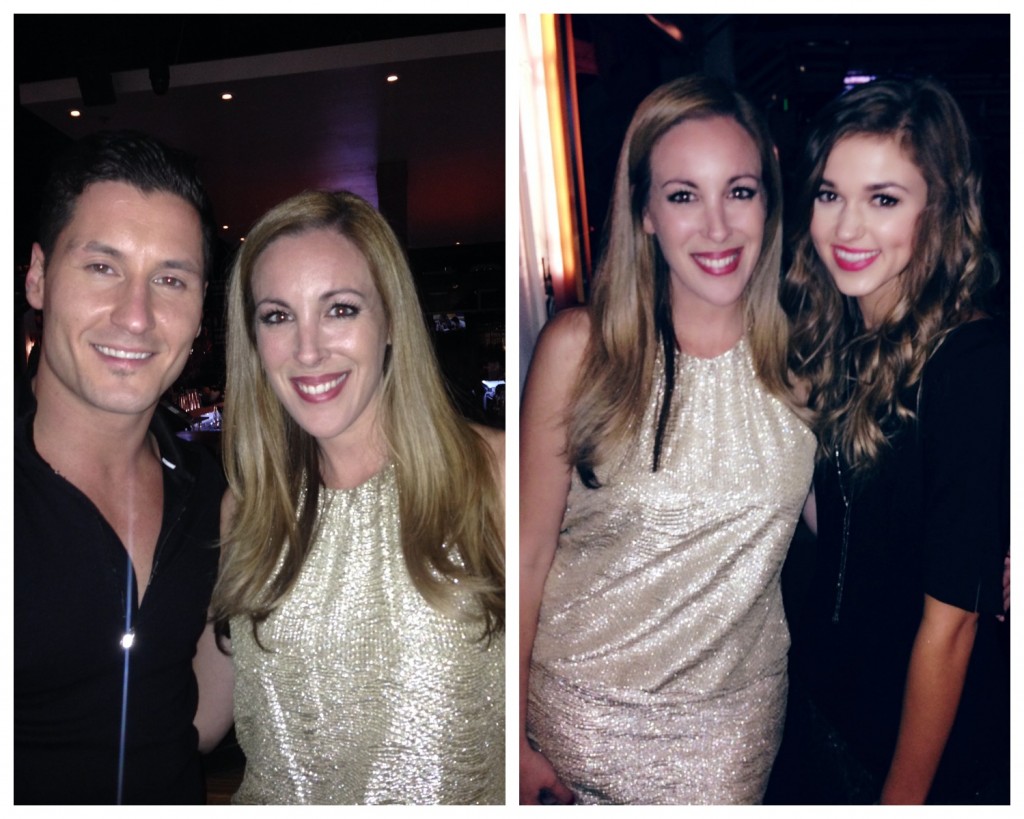 Everyone was there to chat too – it wasn’t just a quick photo and move on. OH NO. It was one full blown conversation after the other. Totally amazing. 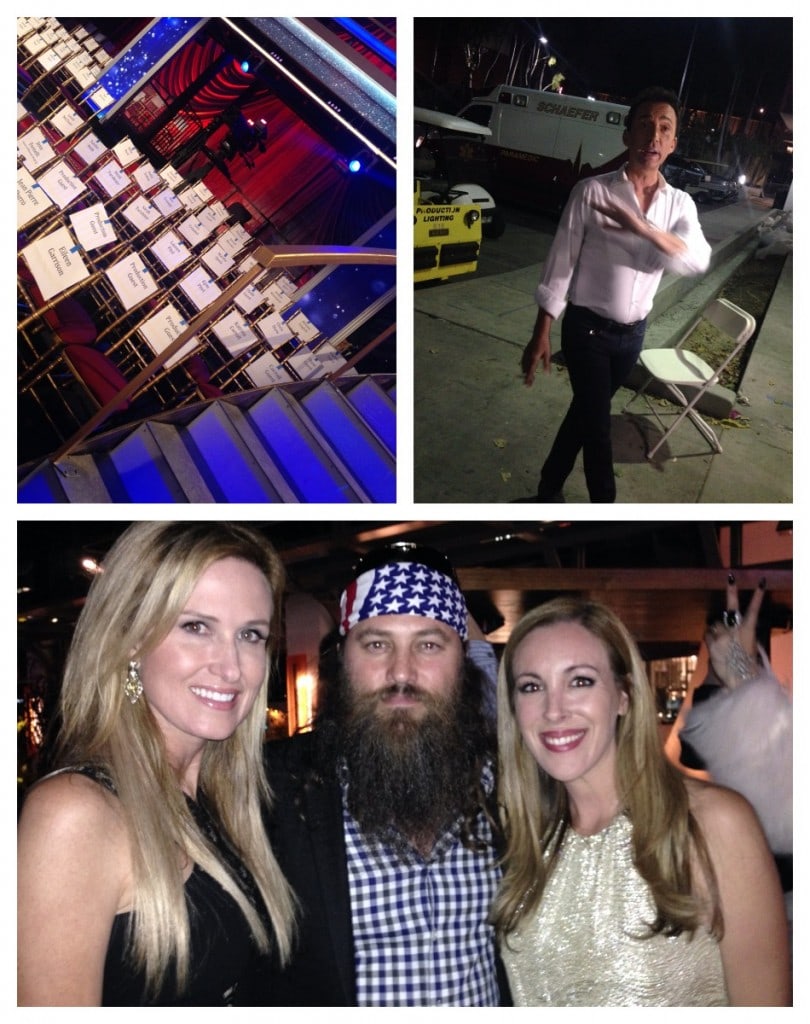 We even had Sadie Robertson’s parents (from Duck Dynasty) show up!! They were kind enough to take pictures and chat with the group as well. 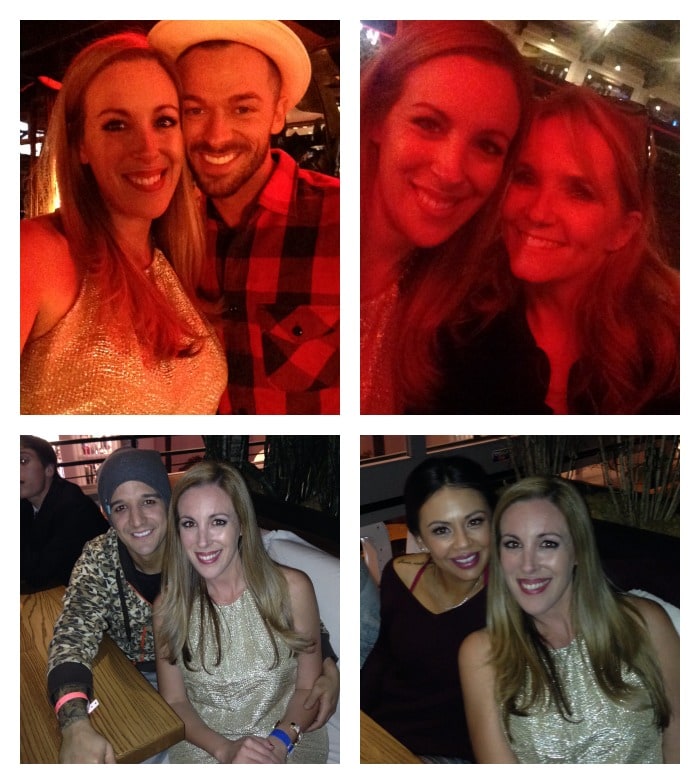 What’s Up Next For ‘Dancing With The Stars’?

Five remaining couples advance to the Semi-Finals and perform two routines during plugged/unplugged, on “Dancing with the Stars,” MONDAY, NOVEMBER 17 (8:00-10:00 p.m. ET).  At the end of the night, one couple will be eliminated and four couples will move on to the finals.

Who Will Be Performing?

HOW DO I VOTE?

Viewers may cast their votes for their favorite couples via phone on Monday nights during and up to 60 minutes after the end of the “Dancing with the Stars” broadcast in each time zone. Online voting at www.ABC.com and on Facebook at https://apps.facebook.com/votedwts/ is open for 24 hours, beginning from the start of each episode on the East Coast at 8:00 p.m., ET/5:00 p.m., PT and closing at 8:00 p.m., ET/5:00 p.m., PT on Tuesday evenings. 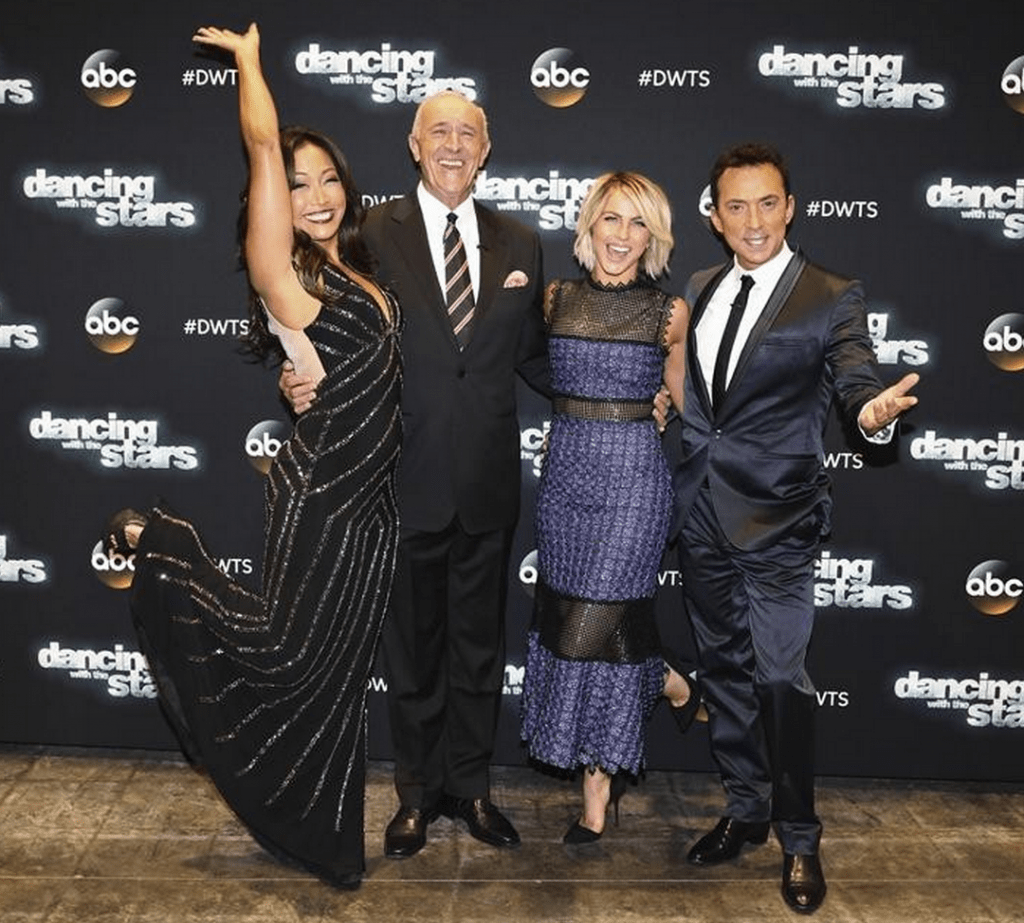 * Disney and ABC flew me to LA to attend the Big Hero 6 premiere and a live taping of Dancing with the Stars. All opinions are my own.