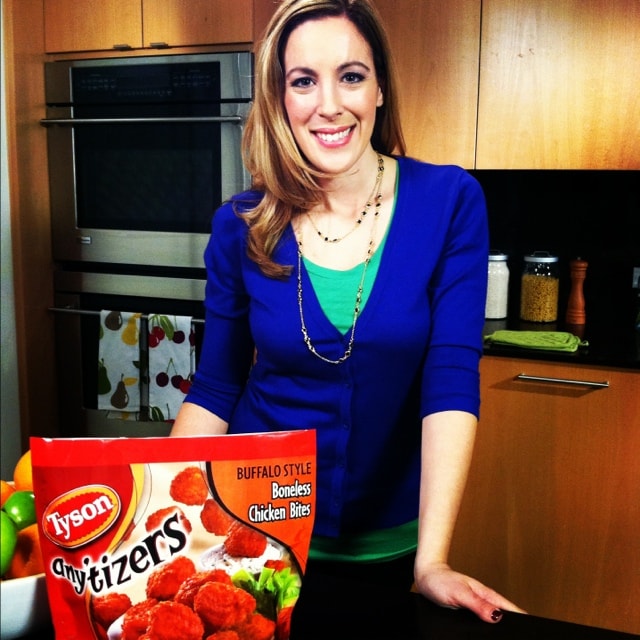 “Whether it’s an after school feeding frenzy or a Saturday night slumber party, Tyson’s breaded buffalo bites are the protein packed way to satisfy in ways that chips and dip can’t. ”

Earlier this week, I filmed a Walmart spot for Tyson’s Chicken thanks to The Rachael Ray Magazine. I thought I had my lines down… but when I got there I realized it wasn’t the case.  There was a lot of action associated with this in-store commercial. I’m used to just standing there and speaking. But now I had to unpack groceries and take food out of an oven. Apparently, I can’t walk and chew gum at the same time because I KEPT MESSING UP.

And you know you feel bad for the crew when that happens. The longer you take… the longer they work. I was mortified!!

But we got through it – and everyone was SUPER KIND and AMAZING as usual! Next time, I’m going to rehearse my lines while juggling and jump roping. Maybe that will help!! LOL!