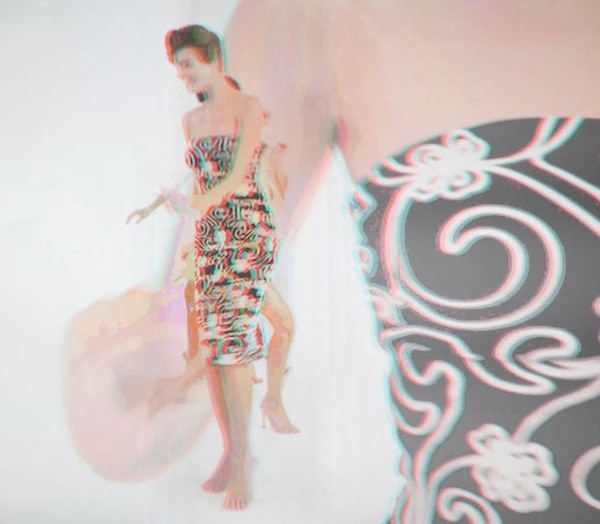 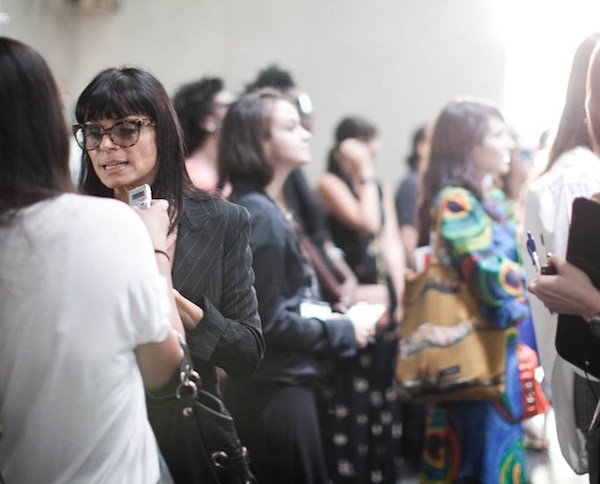 Instead of going with the usual runway show of presenting her Spring 2012 collection Norma Kamali decided to go to a more innovative route. Her collection was presented at the David Rubenstein Atrium at Lincoln Center as a 3D short fashion film was played on a huge 42′ by 13′ screen. Attendees were given custom cat eye 3D glasses at the door, and walked into the room to watch the film. All 67 looks from Kamali’s collection graced the screen as the models danced and shimmied to a kitschy soundtrack. And while the film played, two of the models danced in neon right there in the atrium. 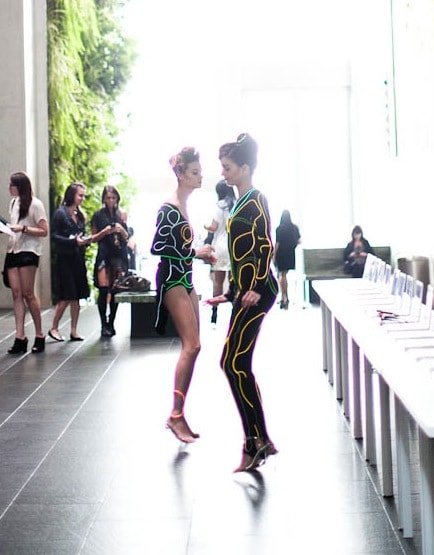 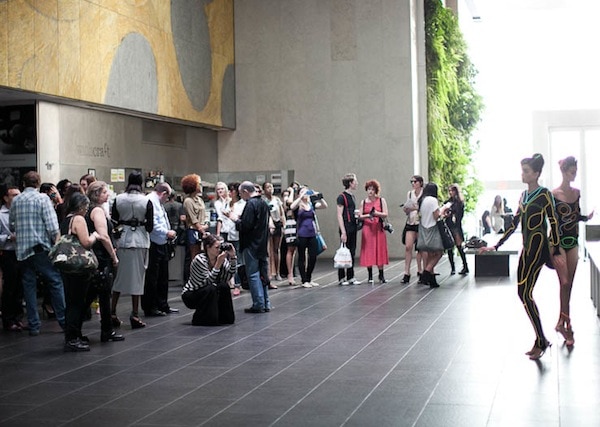 The film is now available to the public by going to signing up on Kamali’s site (normakamali3d.com) or visiting her Facebook page (facebook.com/NormaKamali) and they’ll send you the 3d specs! I was really impressed at how Kamali has become a leader in 3D shopping methods; as I overheard her talking, it is obvious she believes 3D will soon become the new way to shop in order to see exactly how the clothes move. 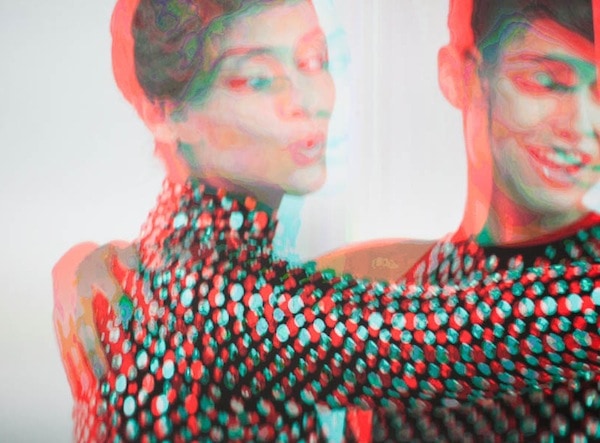 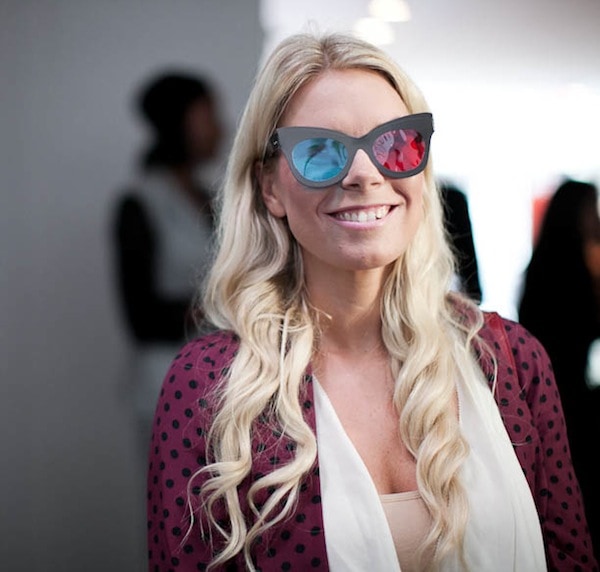 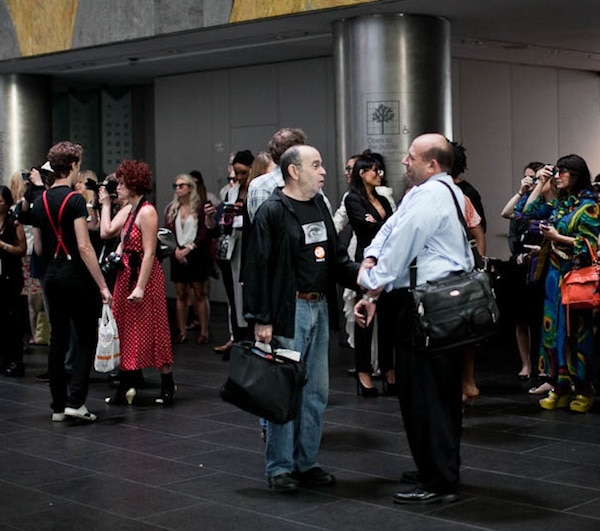 As innovative and new as the presentation was, the collection was very much a throwback to Mod-Britannia in the 60’s. High waists, colourful metallics, polka dots and crop tops were all over this collection, with deliberate patterns and sleek fits. The clothes managed to be both sexy and modest at the same time. And, in what I’m seeing as a definite trend for S/S 2012, her dresses were cut high in the front and long in the back.