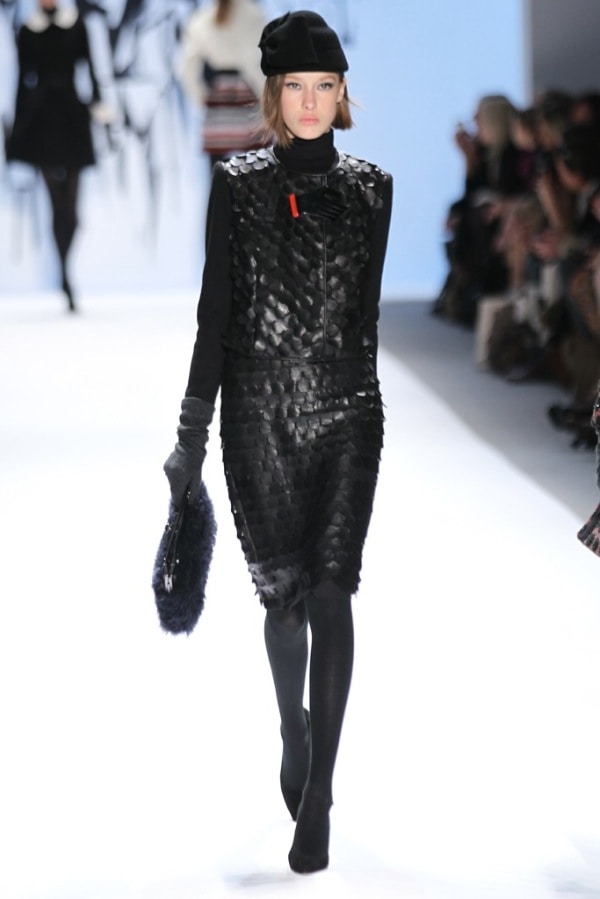 Milly, known for her trademark prints, wowed with her Fall/Winter 2012 collection “Future Perfect” that was bold and modern and lived up to the girly-yet-chic aesthetic that fashionistas and consumers have come to expect from Milly under Designer and Creative Director Michelle Smith. 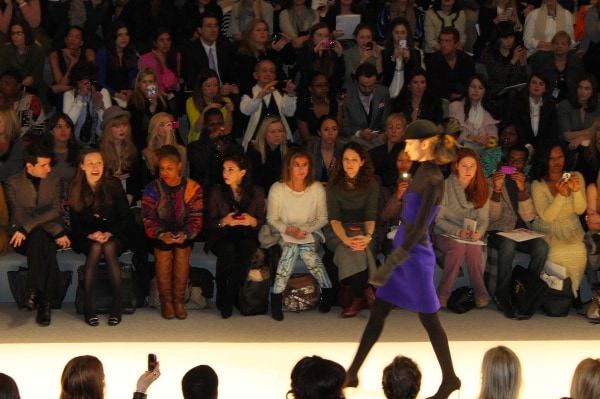 The Milly collection featured vibrant colors including royal blue and green with some electric pink mixed in for good measure. The collection was less print-heavy than previous lines, but the dynamic color palate kept the collection from being anything but dull. The star-studded front row included Kristin Chenoweth, Gail Simmons, India de Beaufort and Tinsley Mortimer.

This season the design details were the element that truly made the Milly collection a standout. Several pieces featured overlapping scallops, bubble skirts or origami construction that made for some dynamic silhouettes. The hot pink cocktail dress with origami construction in particular (pictured below) had the audience buzzing from the moment that it emerged on the runway until it disappeared backstage.

The Milly collection was array of different fabrics including laminated tweeds, taffetas, leather and silk. The runway looks were each styled with chic black hats that looked like a fashionable cross between a beret and a beanie and further enhanced the “Future Perfect” theme of the collection. The final highlight of the show was Michelle Smith’s adorable daughter, Sophia. Sophia, the face of the Milly Minis line, popped out of her seat in the front row to join her mother when she came out to take her well deserved bow at the end of the show. 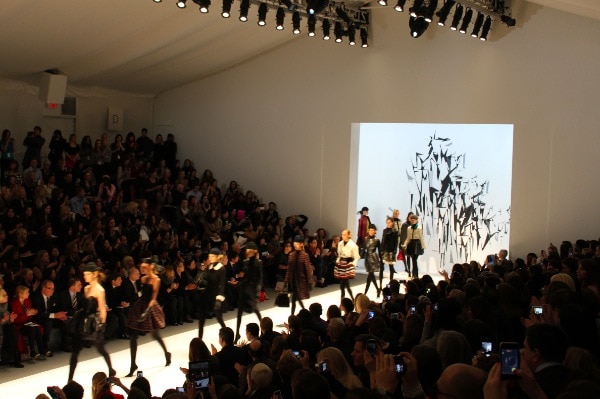 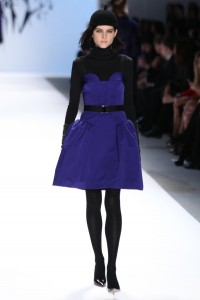 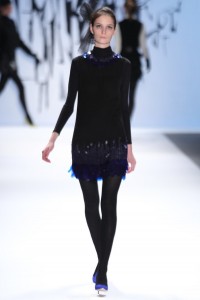 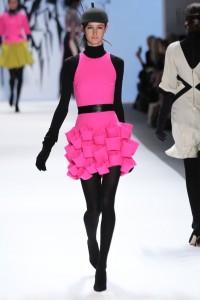 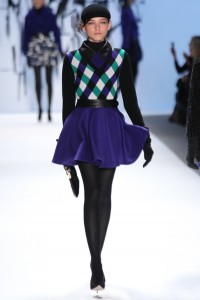 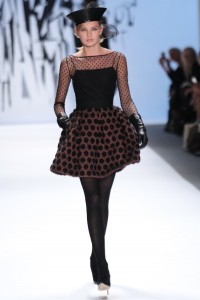 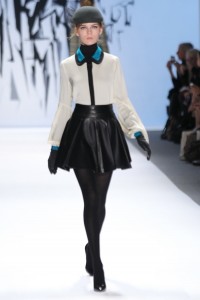