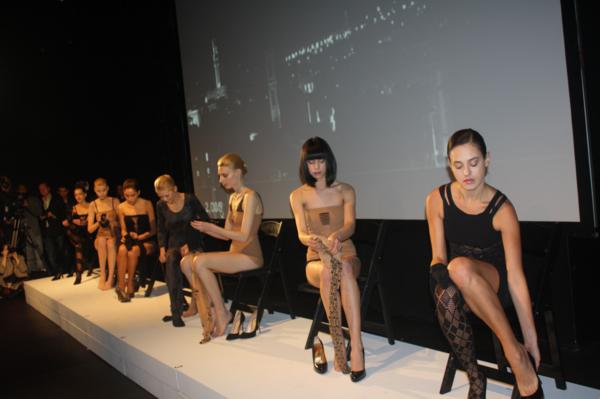 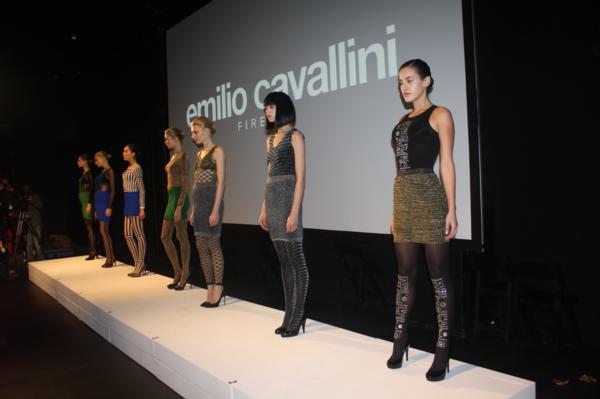 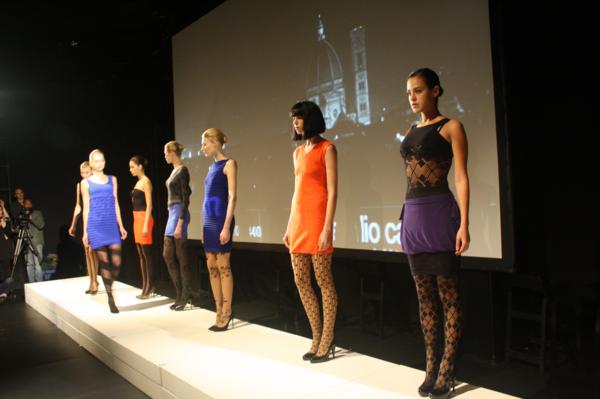 Emilio Cavallini‘s Fall presentation was incredible. It was captivating and unique. I loved that it was different and that there was such an artistic element to it. The voyeuristic mood of the show was pulled off with such elegance, which is tricky because we were all basically peeping toms while these beautiful women got dressed. 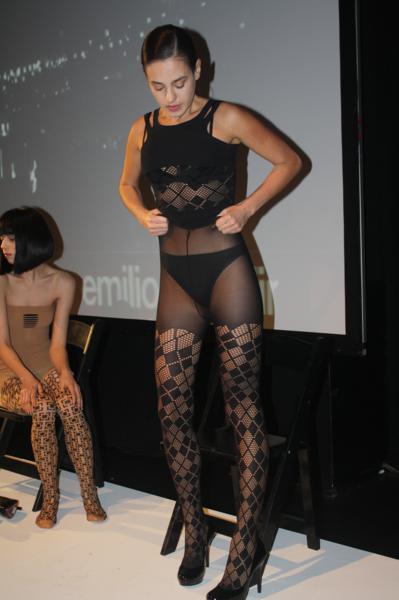 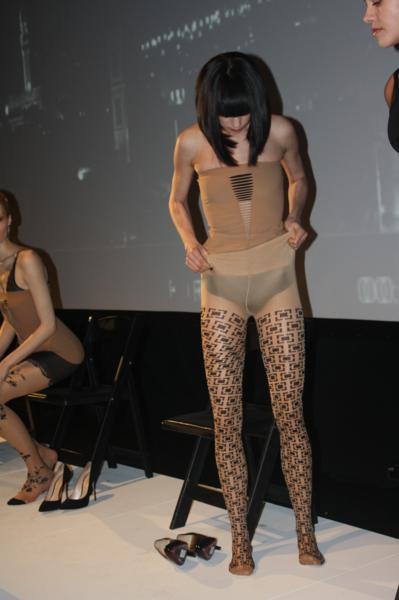 Emilio Cavallini is a legwear designer. The ability to commander an entire fashion presentation based on legwear required some pretty noteworthy legwear. The models came on stage with bare necessities on. They sat on chairs. They, then, put on legwear in a very sexy fashion that made me realize how unsexy I put mine on. I should put more effort into that. Then, they walked to a woman on the side of the stage who dressed each one in an assortment of minis and dresses, none of which detracted from the legwear. The first words that came to my mind were sexy and sensual. There were elaborate patterns and interesting details. Paired with black pumps, the legwear clearly took the spotlight. A short film was shown in the middle of the presentation, in which a woman tried on different legwear options from Emilio Cavallini. It was clear that she enjoyed her body. She changed several times before settling on one that she wore over her thong. After this film, a next batch of legwear with minimal clothing was shown. 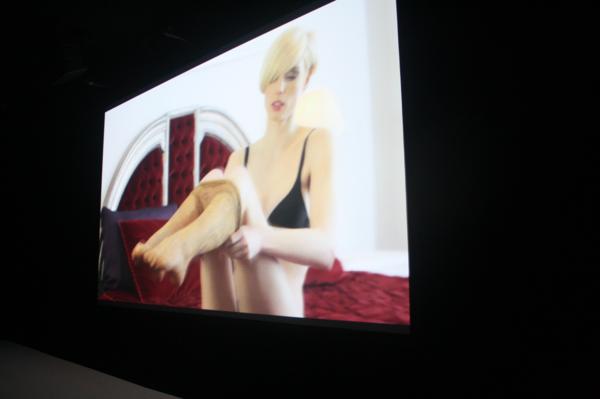 When trying to carry a fashion presentation on legwear, one must add layers of drama and appeal to the it. Women must want to slip into them and men should want to watch. Not for a second did I wish there were more clothes. Emilio Cavallini‘s legwear totally captivated me. Kudos to the team for a great presentation. 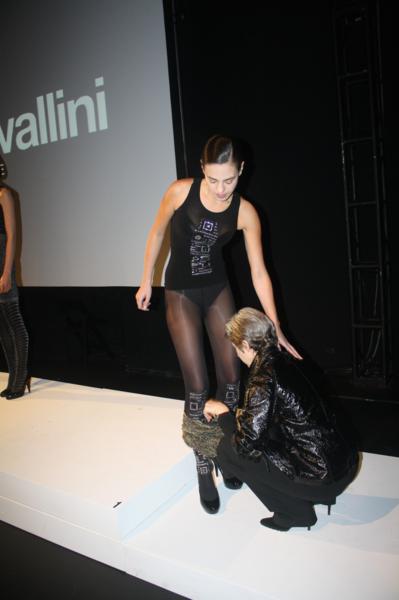 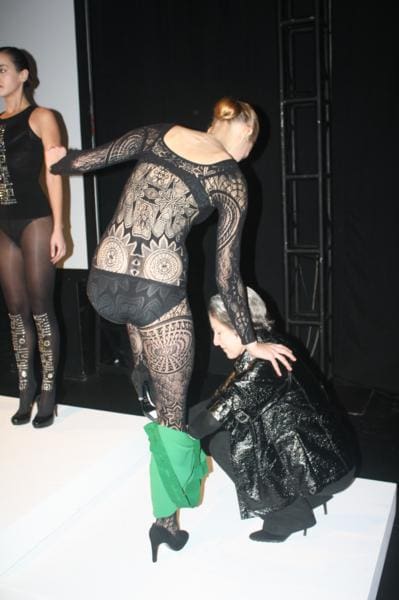 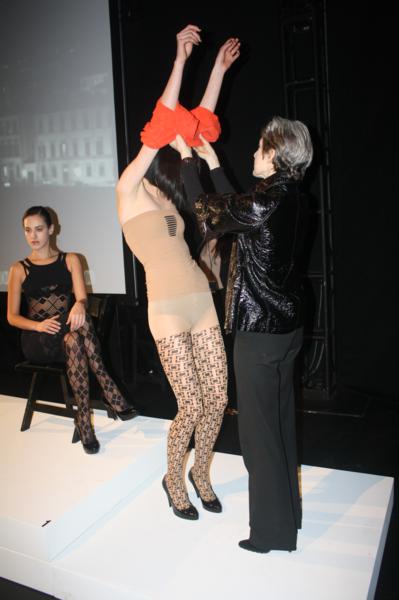 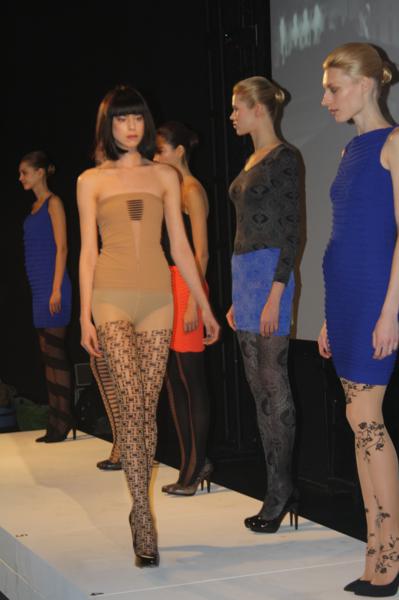 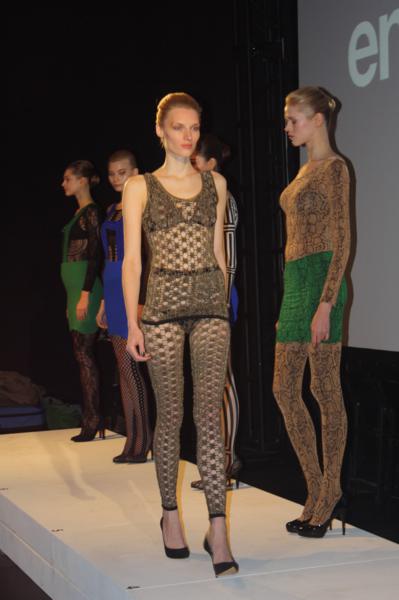 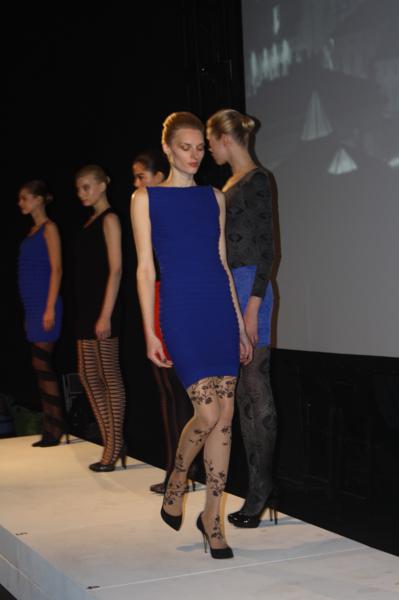 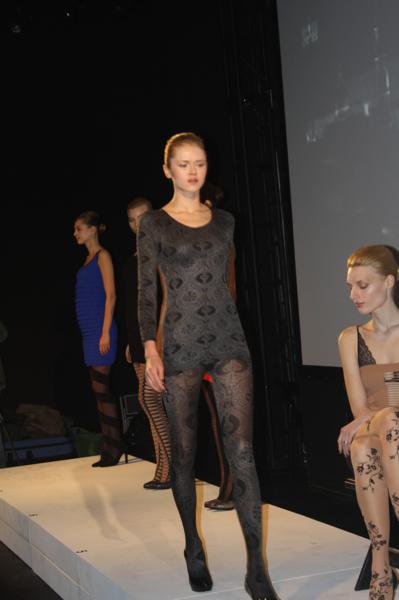 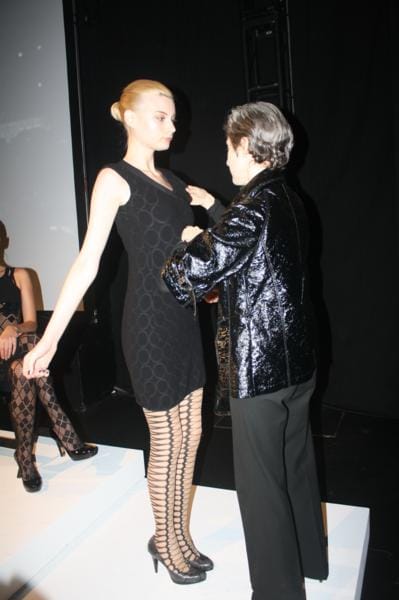 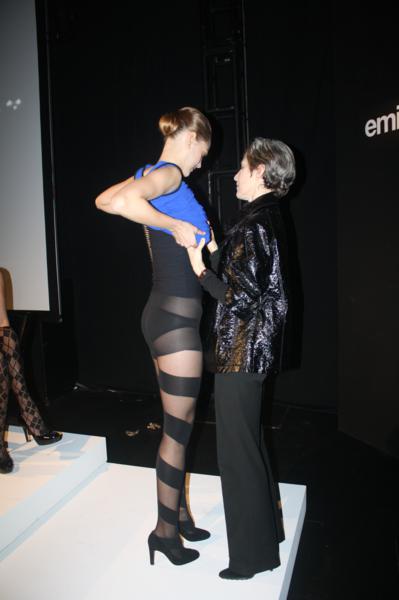 To see more from this designer, go to www.emiliocavallini.com. 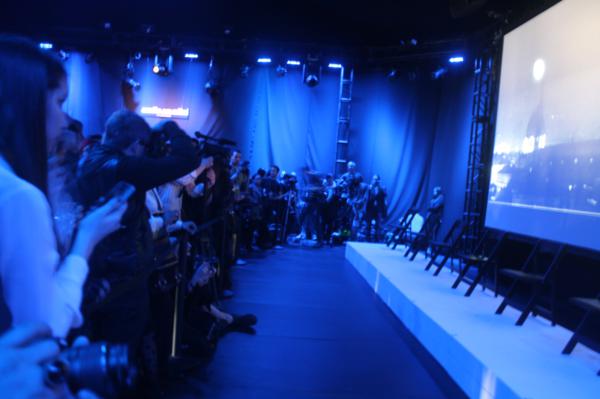 I loved this shot of The Box at Lincoln Center, with everyone waiting for the presentation to begin.