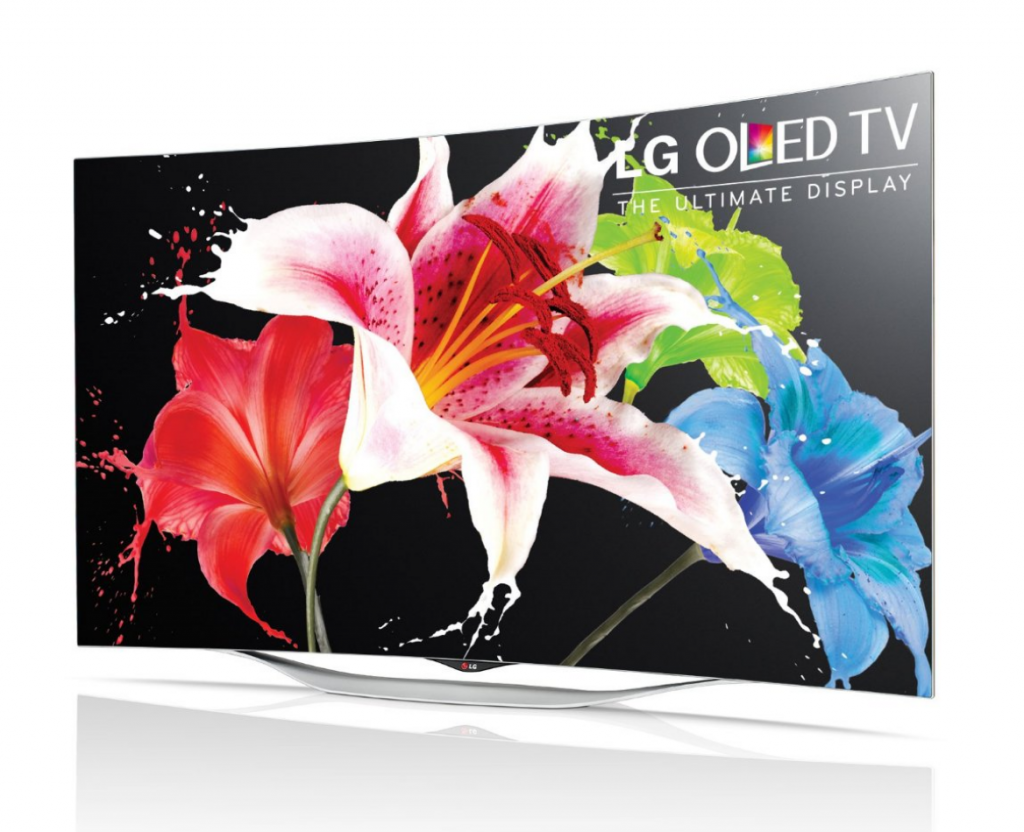 If you’re anything like me, when shopping for a new television you find yourself wandering the aisles of your favorite electronic retailers, mesmerized by all the shiny choices. So, what’s top priority when choosing one? I bet you are ultimately looking for the best picture quality so you can enjoy movie night with the family or that sporting event with friends, right?

Earlier this month I was invited to attend a LG cocktail party where guests were able to check out the recently debuted LG OLED Ultra HD 4K  TV which is the first of it’s kind to hit the U.S market, and visually it’s really amazing!

because it offers stunning viewing from any angle in the room. This latest design has 4x the resolution of Full HD 1080p, has an infinite contrast ratio featuring the whitest white, and blackest black, has true-to-life color realism, a sleek curved design and I was really impressed with how thin it is. Can you imagine a television panel that’s thinner than the smartphone you carry around in your pocket? 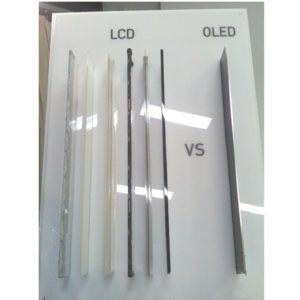 So, What exactly is OLED?

OLED (Organic Light Emitting Diode) uses an organic substance that glows when an electric current is introduced and light passes through various combinations of filters and color refiners to produce bold, high definition images. LG was able to use revolutionary materials to create a television that’s lighter and thinner than ever-before in big screen sizes, 55 and 65 inches.

We were given the opportunity to watch a showdown between the 4K LG OLED and a competitor in a side by side comparison, in which hands down LG proved to have the clearest and truest color display. When comparing two roses side-by-side, you almost felt as if the LG displayed rose was the real deal, with it’s deep red color. In another demonstration a news anchors clothing and make-up appeared washed out and faded on the competitors display in comparison to the 4K LG OLED which was noticeably more vibrant. 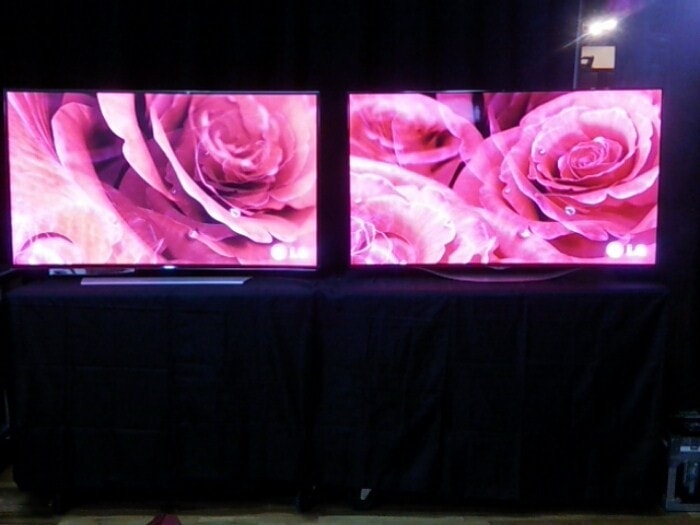 Taking a picture of the video demo, doesn’t quite do this comparison justice, so watch this amazing video taken by a guest that shows just how well the 4K LG OLED (on the right) is able to depict lifelike images and rich color.

The technology is really impressive and if superior picture quality is a must for you then this television will more than meet your expectations!