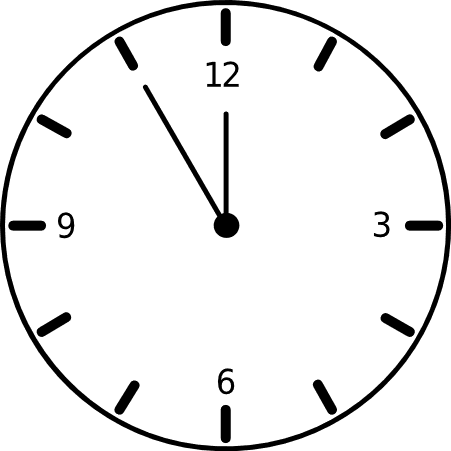 Did you know that there is a ‘Doomsday Clock’ and its sole purpose is to track our… demise? Nice and morbid, right? According to reports, this ‘Doomsday Clock’ just ticked one minute closer to the end.

“It is now five minutes to midnight,” Bulletin of the Atomic Scientists (BAS) director Kennette Benedict announced today at a press conference.

That’s 11:55. Midnight of course being the end of the world.

The ‘Doomsday Clock’ began ticking in 1947 and has quietly been shaving off time ever since. Can you imagine!? Scientist started the concept to warn the world about the “dangers of nuclear weapons.”

What will you do with your last five minutes? 🙂