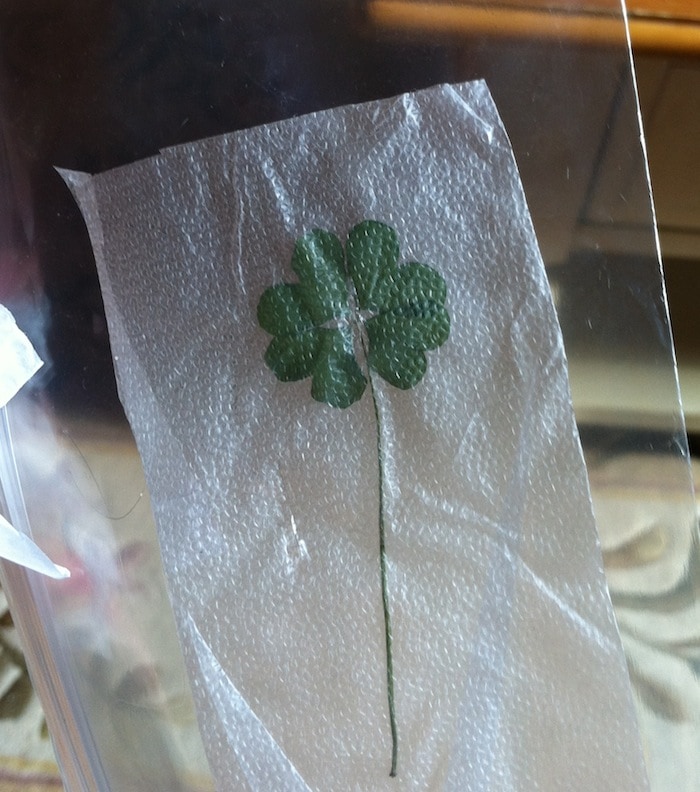 Guys… this isn’t a joke. And I know that four leaf clovers really do exist and that we all have a chance of finding one… but I don’t know a single soul whose actually come across one.

A beautiful little 4 year old girl stumbled upon a four leaf clover earlier this month and I just think it’s the coolest thing. When my friend Barbara showed me the four leaf clover… time sort of stood still for a second. My brain couldn’t process what it was seeing. Aren’t these a myth? Some funny story that children are told so that they can continue to believe in magic, and luck, and hope.

Of course, after Barbara’s daughter found the 4 leaf clover, she looked up some statistics and they are more common than I thought. Regardless, I’ve never seen one before – forget about actually holding one.

So I had to take a picture because I needed proof for you guys to see.

Really? I've found a lot! And I know a lot of people who has too. LOL! Maybe is common here in Spain but not there in USA? hahahha