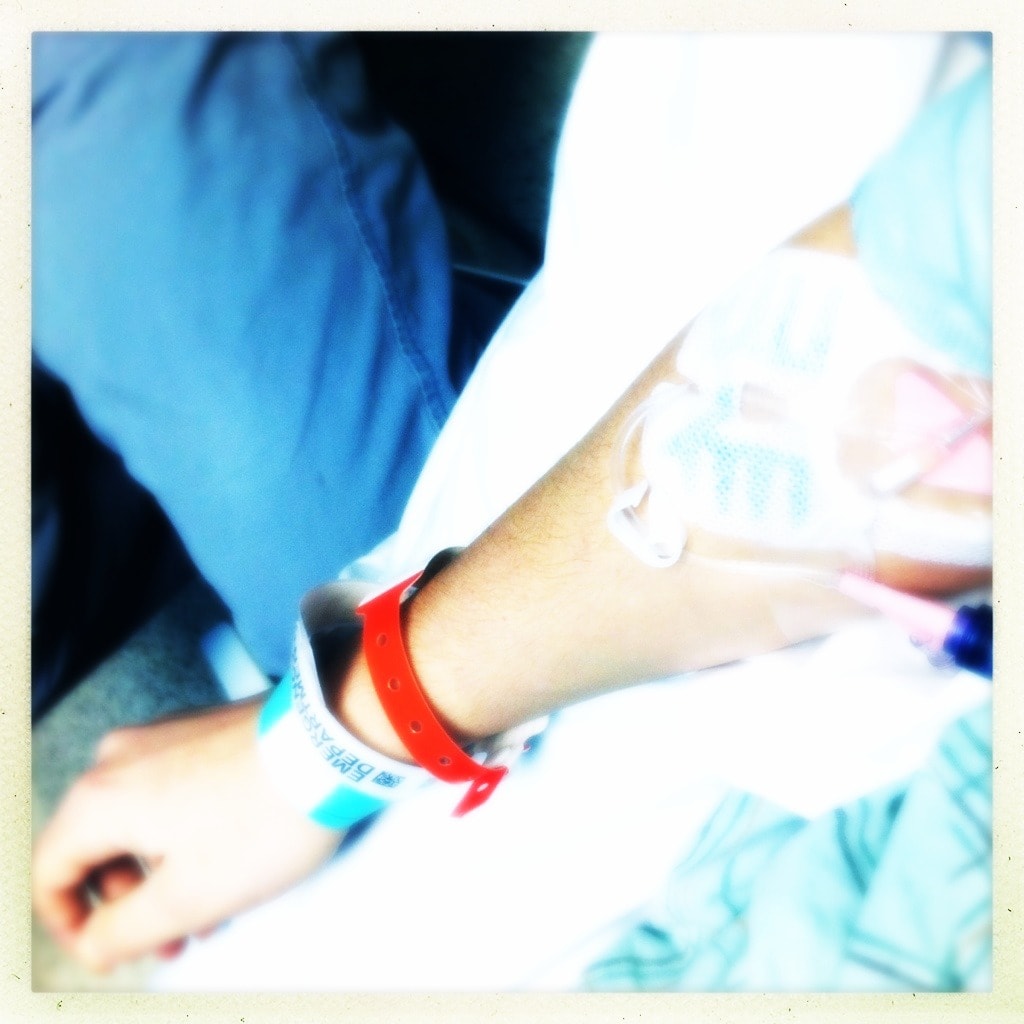 I’m going to try to put as many details as possible but I am just so tired. We got home around 4AM this morning and I just want to go back to sleep.

Back history – I had some heart issues while I was carrying Natalie. I had to take home a heart monitor and wear it for 2 days straight but they found nothing. So – there is something wrong but they just can’t get a record of it. This did not happen with Liam.

Three days in a row – I figured I’d call the doctor to ask them what they thought. My heart felt like I was running a marathon and I LITERALLY was laying down. Doc IMMEDIATELY said to go to the hospital. So, we packed the kids up in the car, called my in-laws and went to Labor and Delivery.

One problem… L&D did not want to see me. They said I needed to be cleared by the ER before they could monitor the baby. THE FREAKING ER! You know once you go in there it’s all over. They did every test under the sun. The doctor even ordered someone to sonogram my LEGS for blood clots. They checked every vein in my two legs. I was beyond exhausted. BEYOND.

Finally they cleared me. My blood pressure went as low as 70/48 and that was a big concern but after drinking some juice it went back up. My heart did not present any issues on the EKG but the doctor said the heart is like a car. It acts funny on the road but as soon as you bring it to the mechanic it sorts itself out.

I knew nothing would show because the dizziness/heart racing happens only once or twice a day. The odds of it happening RIGHT AFTER it JUST happened was slim.

I came home, used a baby wipe to clean my whole body head to toe because I was too exhausted to shower and plopped into bed. Even now, I’m beyond exhausted. Taking a few hours off.

I’m ok. Baby is ok. I might have to start seeing a cardiologist until the end of the pregnancy. Will find out on Thursday.

I feel your fear frustration & pain, been there & praying for you & your family

Not that I like to throw a diagnosis about, I'm not medically experienced in any way, but could it have been a panic attack? I used to suffer from them. I guess probably not as the main symptom of that is obviously panic! But the other symptoms sound spot on.

I've never been pregnant but that happened to me several times in college. I'd get dizzy and my heart rate would go up really fast..i passed out a couple of times too. Had to wear a monitor for a month..but I was diagnosed with supraventricular tachycardia...it's usually brought on for me by...lack of sleep, caffeine or stress. I dont know if that's what you have...but that's what it sounds like to me... a non-doctor who has been following and wishing you and baby good thoughts all the way!

Happy to hear that the baby and yourself are fine...Take care.

I wrote that comment way too fast, Vera! So happy you and the baby are doing well. A cardiologist definitely sounds like a good idea. Wishing you a better day today. Take care.