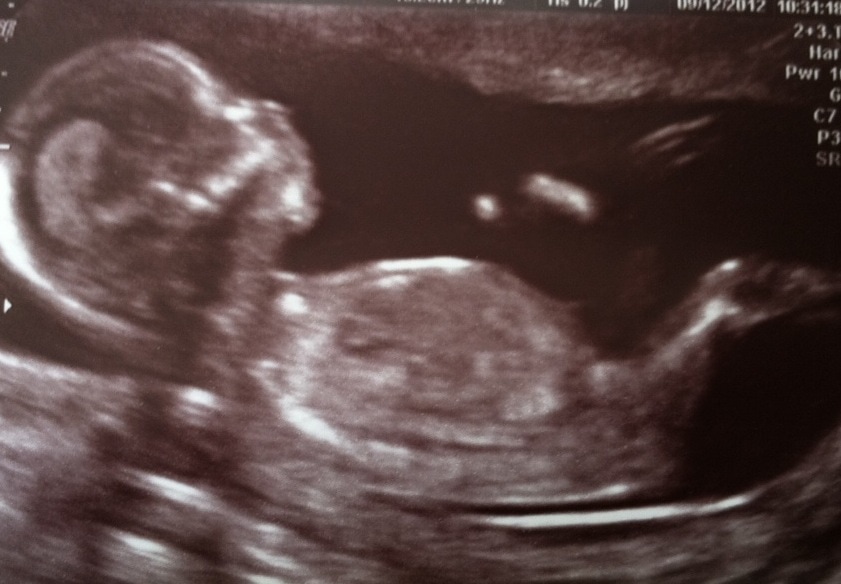 Isn’t science amazing? I mean – the fact that we can see with such detail the frames of our children at such early stages in our pregnancies… WOW!

Last week, I had a 15 week cervical scan. I won’t go into the details of that exam. Just know that I have to return to the doctor in a few days for a recheck. All the “fun” is starting earlier than anticipated. At least with Liam, I held out until a good 16-17 weeks. This time around… not so much.

But we won’t go there. This is a happy post. 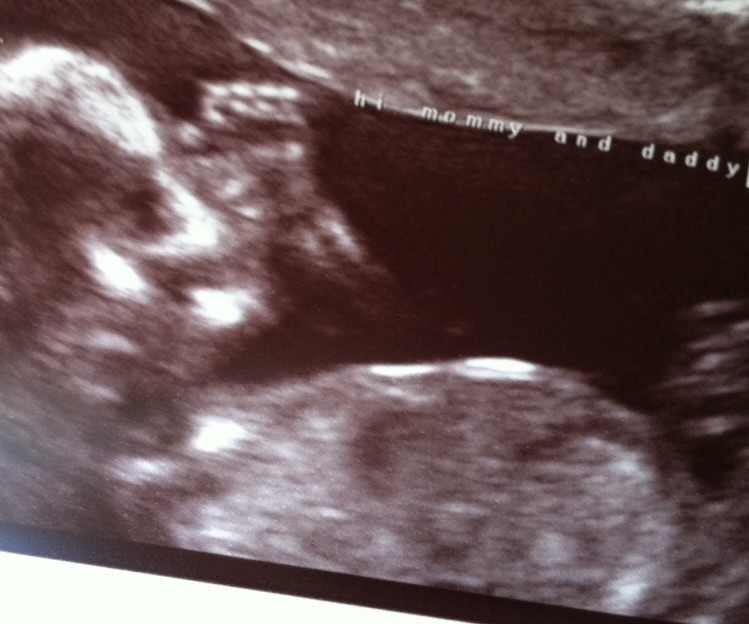 After my cervical length was determined, the nurse took some time out to do a sonogram of the baby. This was the first time Bill came with me to the doctor. So, she did us a favor even though she wasn’t supposed to.

Well, this nurse spent about 20 minutes taking pictures of the baby. We brought home (NO JOKE) 17 shots!! When we finished she screamed, “What did I do? I’m going to get in trouble! Hide this!”

LOL – it was so funny!! But this baby was so active and so photogenic that she couldn’t resist.

We also found out the gender but she said that she will confirm this week. So, I’m going to wait to announce it. I don’t want to say something and then it’s actually something else. The umbilical cord was right between the legs so it wasn’t a very clear shot.

Anyway, just wanted to share some joy on my blog. 😉