Daily Diary: No Longer Part Of The Real Pulse Of The City PLUS Join My Virtual Food Drive For The Food Bank For NYC

I hope what I’m about to write doesn’t offend anyone. It’s not my intention. I just have been struggling with this thought for the last week and I have to purge it. I just have to.

I was born in Manhattan. I was raised in Astoria and I grew up running around in all 5 boroughs. Well, except Staten Island. I never went to Staten Island…

I dated a boy from the Bronx for 4 years, had really close friends from Brooklyn and resided in Queens. And of COURSE – every fun night out happened in the city of dreams.

I rode the trains with my eyes closed. I also did not-so-great things growing up in NYC. As beautiful as she is, you tend to get a little dirty living there. You can’t help it. But I wore my grime proudly because it was who I was — a city kid. And I hung with city kids and we all ran around owning life while growing up in the best place on the planet.

Fast forward 20 years later and there I was sitting through a fundraiser for the Food Bank For NYC. Seats were thousands of dollars and I was a guest. Silent auctions started above what I earned in a month. People were raising their hands and donating over $100,000 a pop and I sat there quietly realizing that I was so far removed from that girl who grew up in Astoria.

I felt like I betrayed her – the city. The one who raised me. The one who played such a huge part in my life during those crucial years. You know – the ones that define you as a human being. 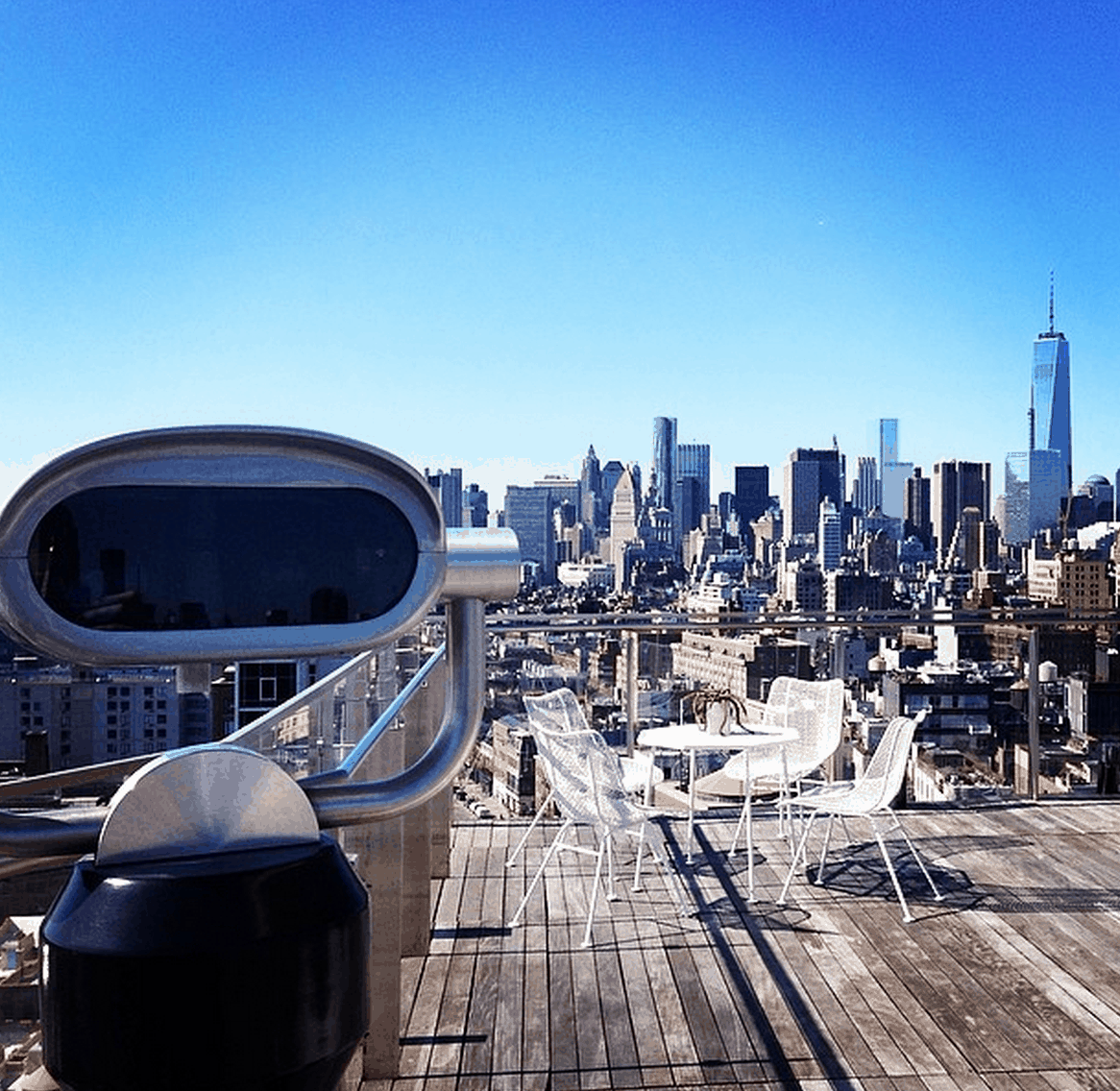 Now, when I look down at the city I see views like this. It’s all different. I’m not standing in same places. I have a different circle of friends. So, I can’t see so clearly what’s happening anymore. It all looks so pretty. I’m 30 floors up and hanging out on penthouse balconies during press previews. And boy what a view I have.

But there’s more to that view, isn’t there? I just stopped looking hard enough to see the detail. Or maybe I forgot there was detail to actually see.

During my car ride home, I felt a new mission brewing and a whisper or a reminder of who I used to be began to surface. I can still be part of something beautiful because I know she will still have me. All I have to do is ask.

I’m starting small. Because it’s all I can do right now. I can’t afford anything more. The Food Bank For NYC allows people to host Virtual Food Drives and I decided that I would host one on Lady and the Blog.

If you’d like to donate to the Food Bank For NYC, click here. I donated what I could and now I’m asking for you to do the same. I was so moved last week that I felt like I HAD to write this post. I can’t donate the hundreds of thousands like I saw happen all around me. I gave what my family could give and I feel great about it!

Thank you for letting me dump on you all. I just had to release what I was feeling. It’s been a crazy week of self discovery for me and I finally got to a place of acceptance.