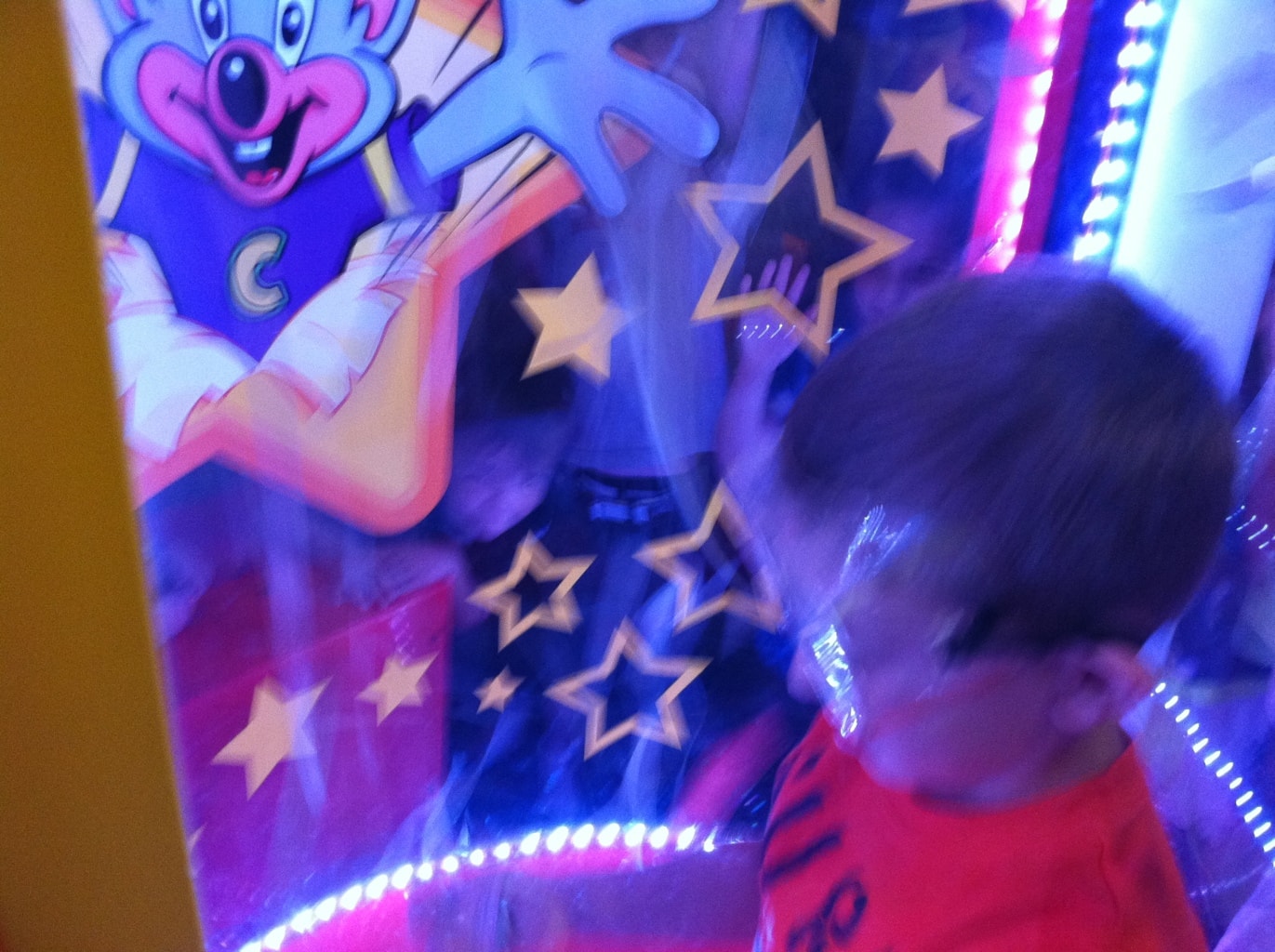 Originally for my son’s birthday party, we ordered this H-U-G-E water slide. I mean… it was ridiculous. That puppy would have taken up half of my backyard for sure. But I thought it would be a really fun time for the kids – so we went with it. But as we got closer and closer to the date we realized rain was in the forecast. We made a decision during the 11th hour to cancel the slide and book a party at Chuck E. Cheese. 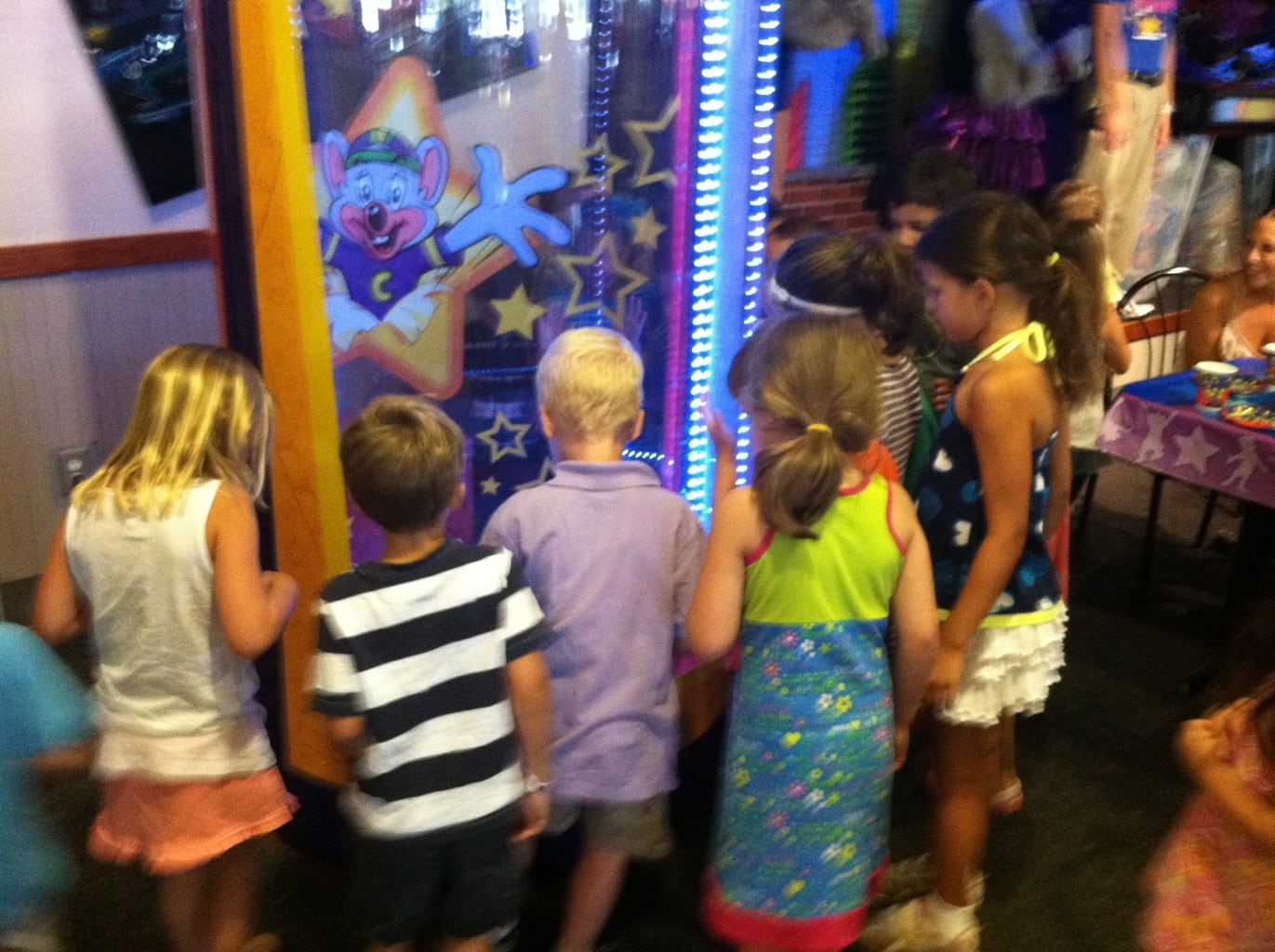 We’ve gone to a ba-zillion parties at Chuck E. Cheese. It’s cheap. It’s easy. And the kids have a ball. Liam has been DYING to go inside that ticket blaster for ages. DYING!

Sadly… I missed the whole thing. I had a fever and just couldn’t chance getting my friends sick. Believe me – I wanted to be that selfish person that doesn’t care about infecting others just to get out of the house and be part of the festivities… but that’s not who I am. Still, I am SO SAD that I missed his party. I felt terrible as a mom. Even when he came home, I wasn’t much use. I watched him open up his presents and then crawled back to bed. UGH. 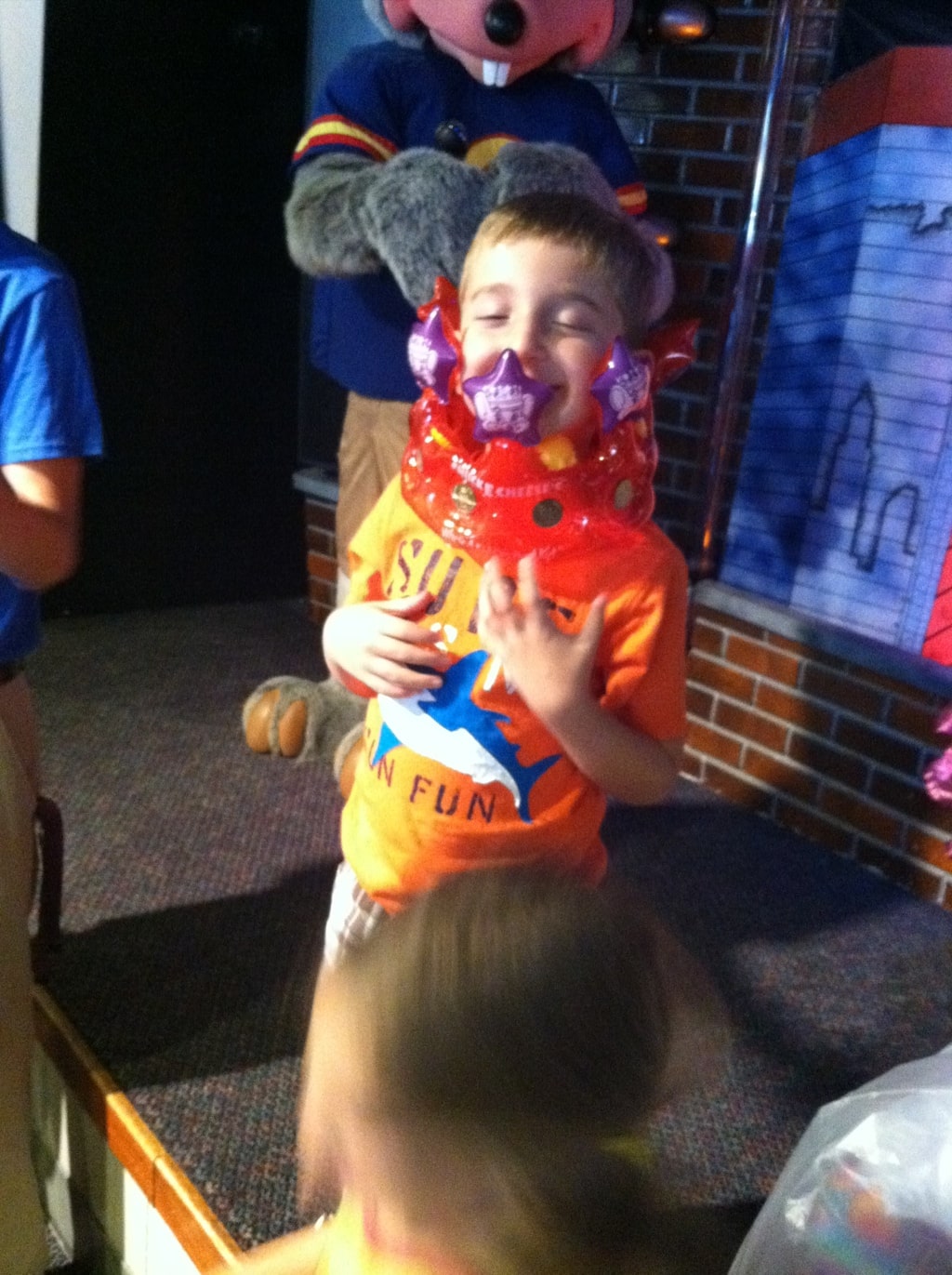 I don’t have many good pictures to share because my husband was on picture duty and he has a shaky hand with the iPhone. But you can see that my boy was happy with his friends. And in the long run, we saved  a TON of money. I can’t get over how much CHEAPER this party was than the slide rental. The slide alone cost as much as this whole party. And if we had the party at home we would have still had to purchase food / cake / decorations etc.