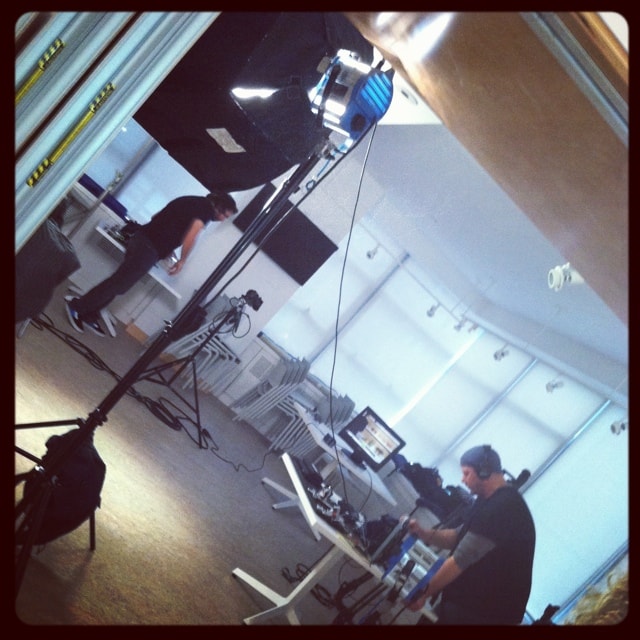 I literally just walked in the door about 10 minutes ago… and already my hair is in a bun, my makeup is off, and my pjs are ON. I just spent the last few hours at The Rachael Ray Magazine’s studio to film a “commercial” for one of their advertisers. I can’t say which one and I have NO IDEA where it’s going to show up. The last few I did ended up in Walmart (I think).

The best part of the day was seeing a lot of familiar faces! I had previous work experience with every single person in the room – so it was a really nice feeling. I wasn’t THAT nervous. Ok, I’m lying. I was throwing up in my mouth. LOL!!!

Either way, as soon as I get the footage, I will post it.

Oh and as soon as Bill picked me up at the train station I told him “we are ORDERING IN tonight”. There is no way I’m cooking anything after being gone for 7 hours.