Lady and the Blog   →  Personal Blog   →  Daily Diary: Dinner And A Movie With My Husband 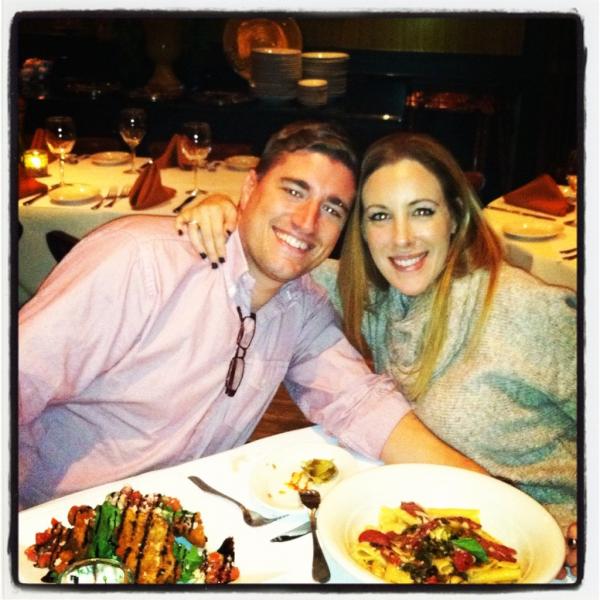 Yesterday afternoon, my in-laws came over to watch the kids so Bill and I can go to the movies. The ONLY show that worked with our timeframe was Paranormal Activity 3. We could have seen Immortals – but it was in 3D and my vertigo doesn’t play nice with 3D movies. So, we were stuck watching PA3 and… it was a BIG waste of money.

Some people on Twitter thought it was scary, but I don’t know. I just didn’t. There was ONE scene where I thought I was going to have a heart attack (the bloody mary scene), but everything else was just alright. And the funny thing – I thought the movie JUST CAME OUT. Bill told me it’s been in the theatres for over a month. I’m living under a rock!!

I didn’t bring because I had no reason to… but you better believe I was thinking about her all day long.

After the movies, Bill and I went to a new Italian restaurant that just opened up by my house. The portions were insanely large. I mean CRAZY. It’s American Italian – lots of sauce and toppings – but it was good for what it was. Their artichoke appetizer was really good. I ate the whole thing and then bagged my dinner. Too much food.

We didn’t even have dessert! That should tell you something. LOL!

Anyway, today is 10 years and 1 day. I guess the next big celebration is 25 right? It will be here before I know it.