In case you missed the news, Chrissy Teigen lit a fire this week when she said this comment about hiring nannies for her future children with husband John Legend.

“No hot nannies, drivers or maids. It’s an ongoing joke in my house. I do want to have kids one day, so it’s something that I have to think about. But the rule is no hot nannies. I trust John, but you never know with these men.”

Now, let me say this. Once Halle Berry was cheated on many moons ago, this notion that beauty matters flew right out the window for me. It doesn’t matter what you look like, what the girl looks like, what he looks like… ANY OF IT. We all know that. Sometimes, it just IS what it IS.

If he wants to cheat – he will (and vice versa).  And Chrissy knows this. She’s not foolish. She even followed up with that thought.

“These days, it doesn’t really matter what you look like — sometimes cabin fever just strikes and men do the do.

Of course it does! Welcome to reality. Have you ever seen an episode of Maury Povich? PLEASE! 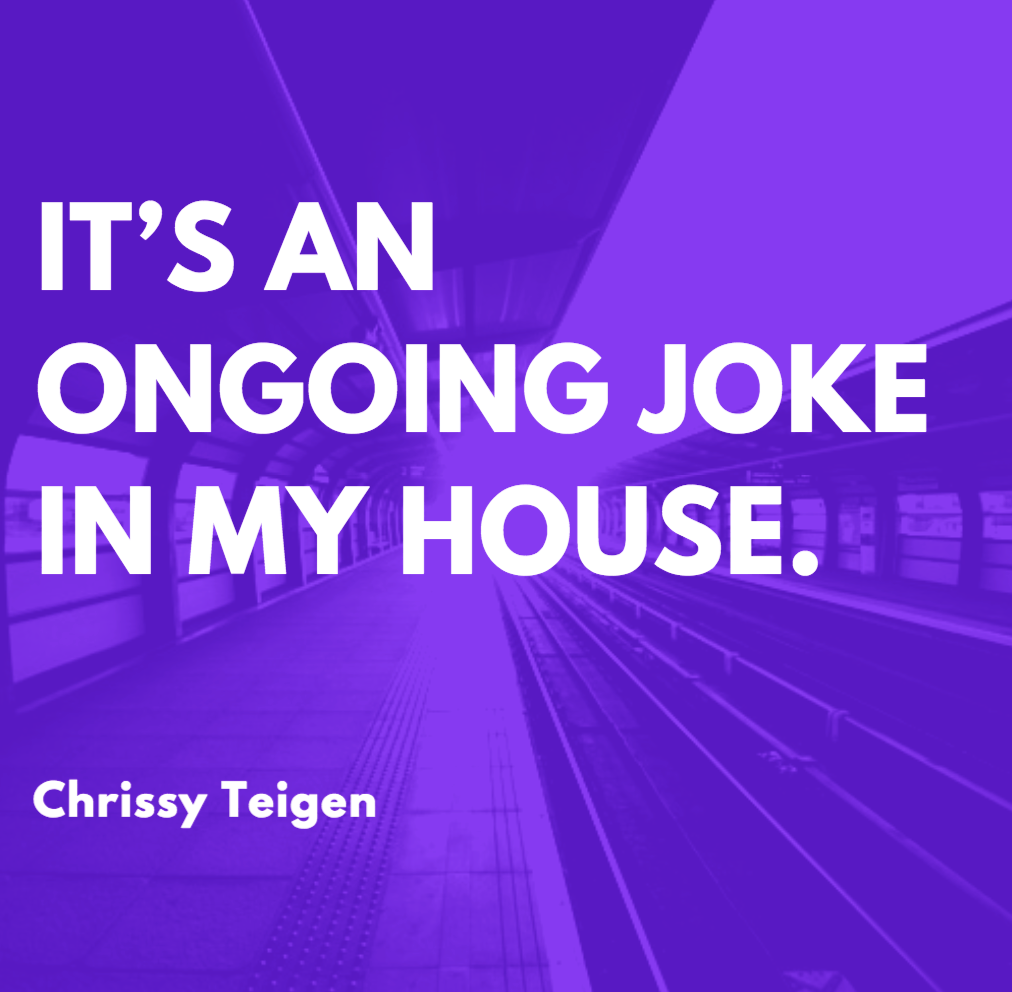 In the end, Chrissy was just messing around. She was trying to be funny and give a good quote to the reporter. It was all in good fun.  I mean, she even says it in the quote. “It’s an ongoing joke in my house.” But people are literally taking these few sentences and raging hard. They are writing pieces and ripping Chrissy to shreds. She’s not strong enough in her marriage. She’s not representing strong females everywhere.

She was freaking kidding. Get over it Internet. GET OVER IT.

Why do we all just wait for someone to say something that is pliable and then hit the waves as hard as we can until some troll comes up with a witty hashtag. Why does it have to always be like this?

Every single day something like this happens. I actually wake up every morning to SEE who is unfortunately getting stoned just because of a few spoken words.

People need to start looking within.

Get off the Internet… Internet.