Behind The Scenes Tour At Jets Stadium #Jets #JetUp (VIDEO) 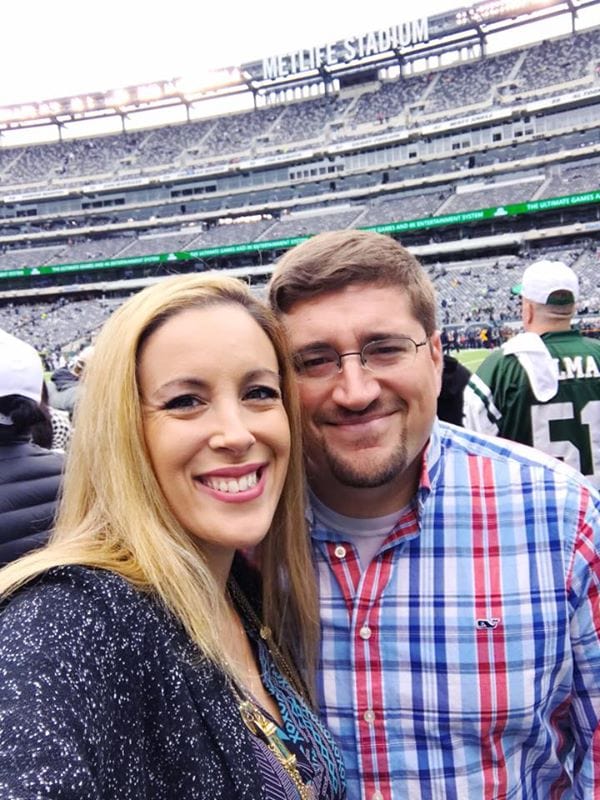 I had so much fun yesterday with Bill!! We headed to Jets stadium for a fun day with some social media enthusiasts. I have never done anything like this before … so it was a REAL treat. And you KNOW Bill was in FULL GLORY. That boy loves football more than anyone I know.

We didn’t really know what to expect. All I knew was that I had to arrive a few hours early to take part in some pregame activities. I filmed the majority of what we did from my perspective –> check it out below.

One of the most amazing things we did was hit the field during warmups! 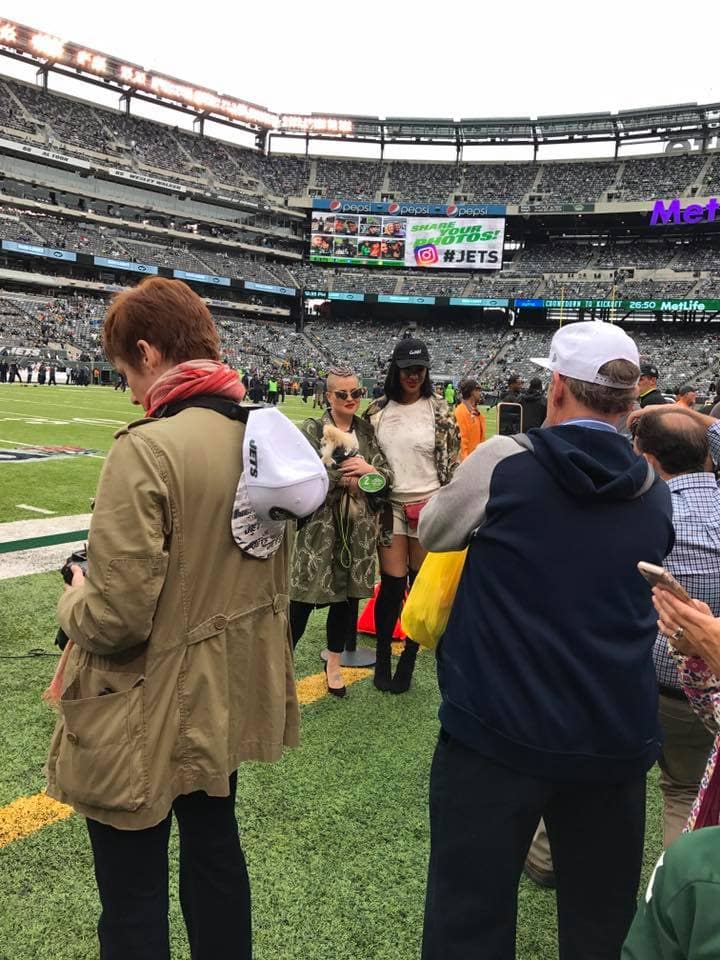 Yes, Kelly Osbourne got in on the fun. I’m not sure who she was standing next to? But the girls were taking a ton of photographs with professionals and fans alike. 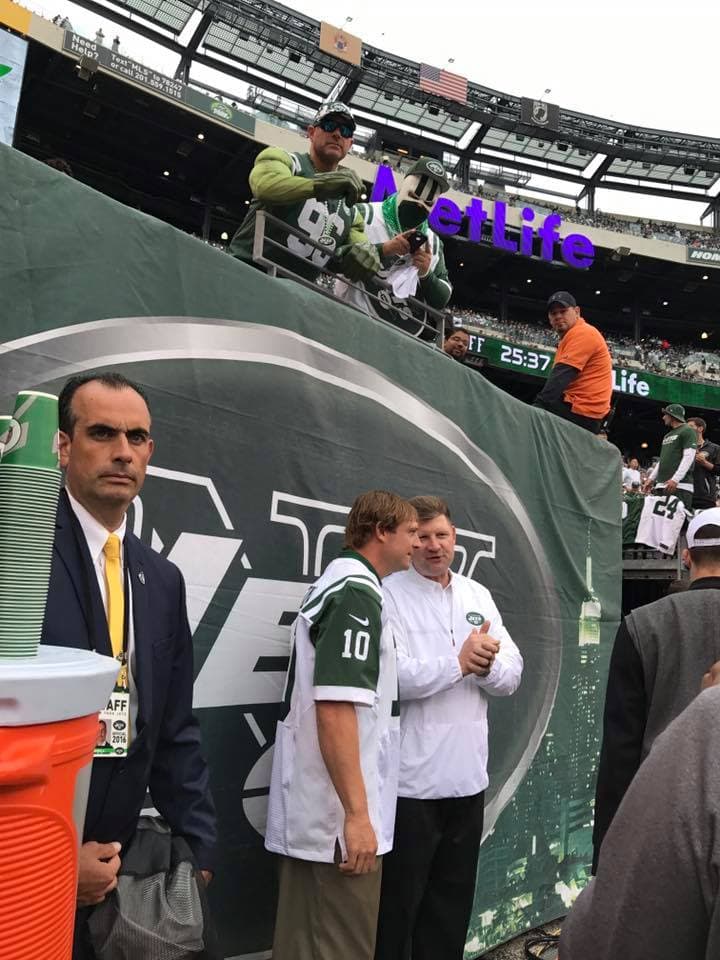 And honestly, I went to take a snap of the two Jets fans ABOVE because of how they were dressed… and then my husband told me to get the person right in front of me. Mr. Chad Pennington!!! I got everyone together as I was zipping by. Score. 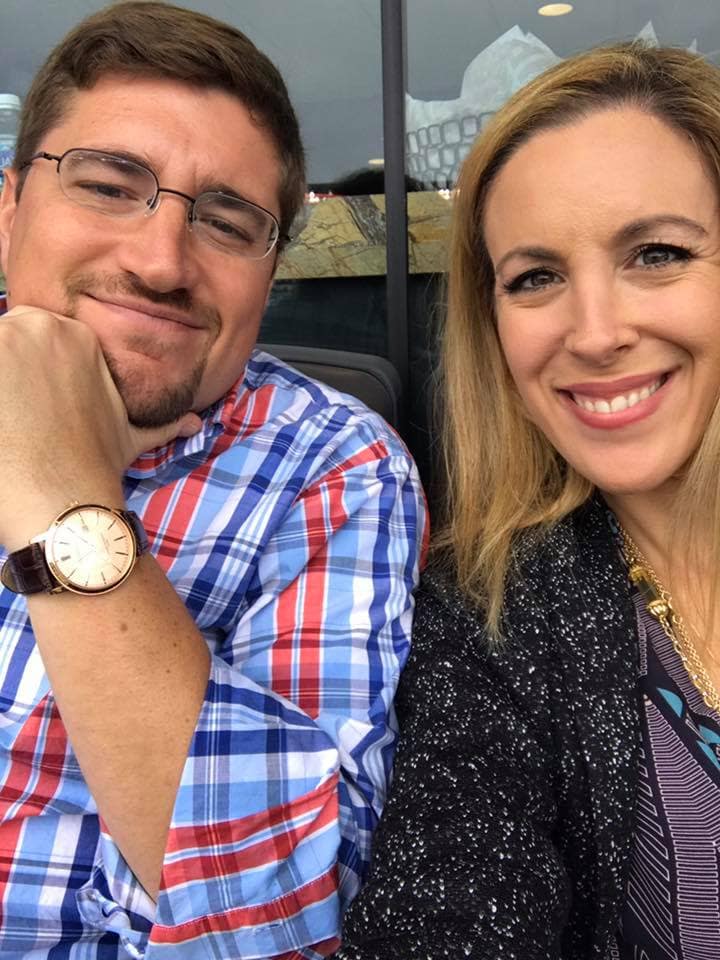 Then we headed to our luxury box which I L-O-V-E-D. I mean… who KNEW watching a game could be SO AMAZING. I asked Bill if we could get one of those and he told me right after we buy a unicorn. So, I think that means I should have one by Christmas. 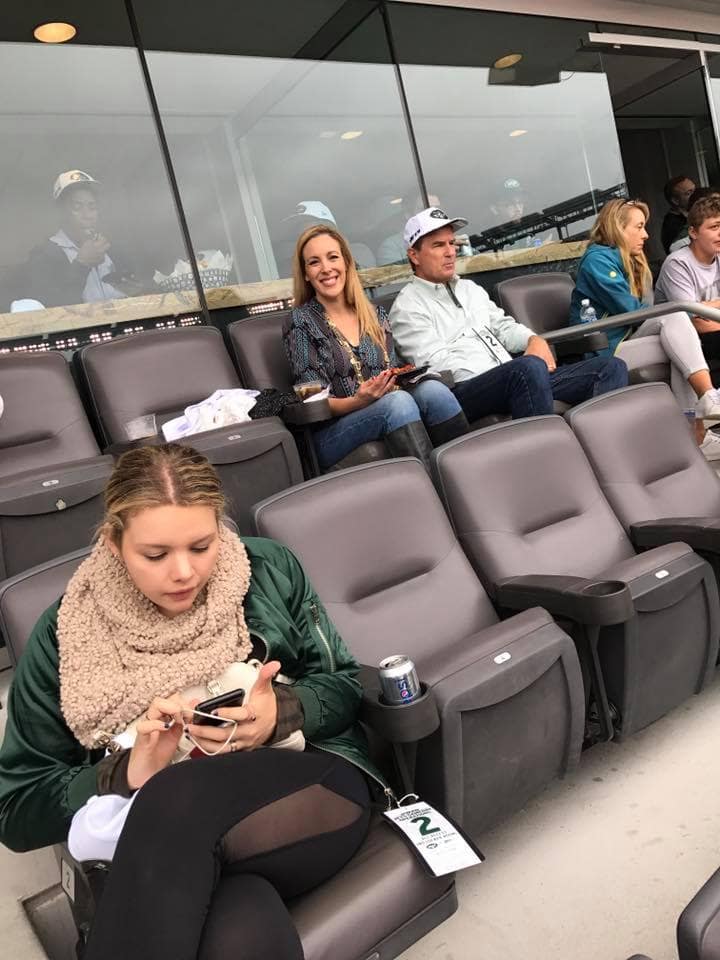 Inside and outside seats. Fully catered. Great conversation. And what a view! 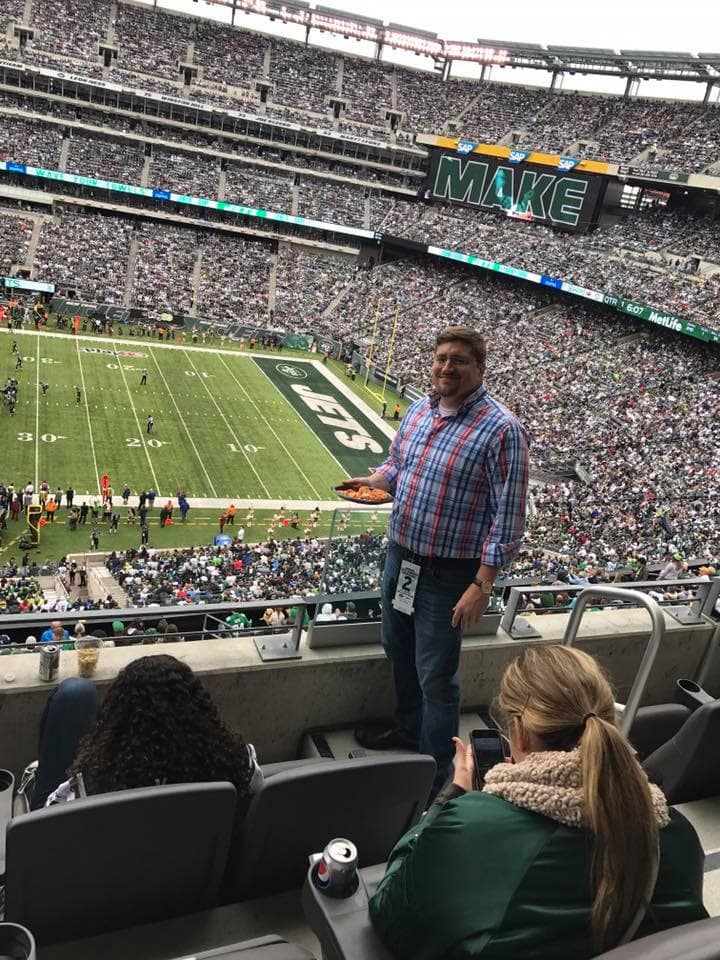 I don’t think I will ever forget this Jets game! Once in a lifetime experience!!!  Nothing like watching a full stadium ROAR with pride every single time their team did something right. The day we went, ticket holders received white towels which was an extra treat. Everyone was whipping those bad boys around. Great visual!! 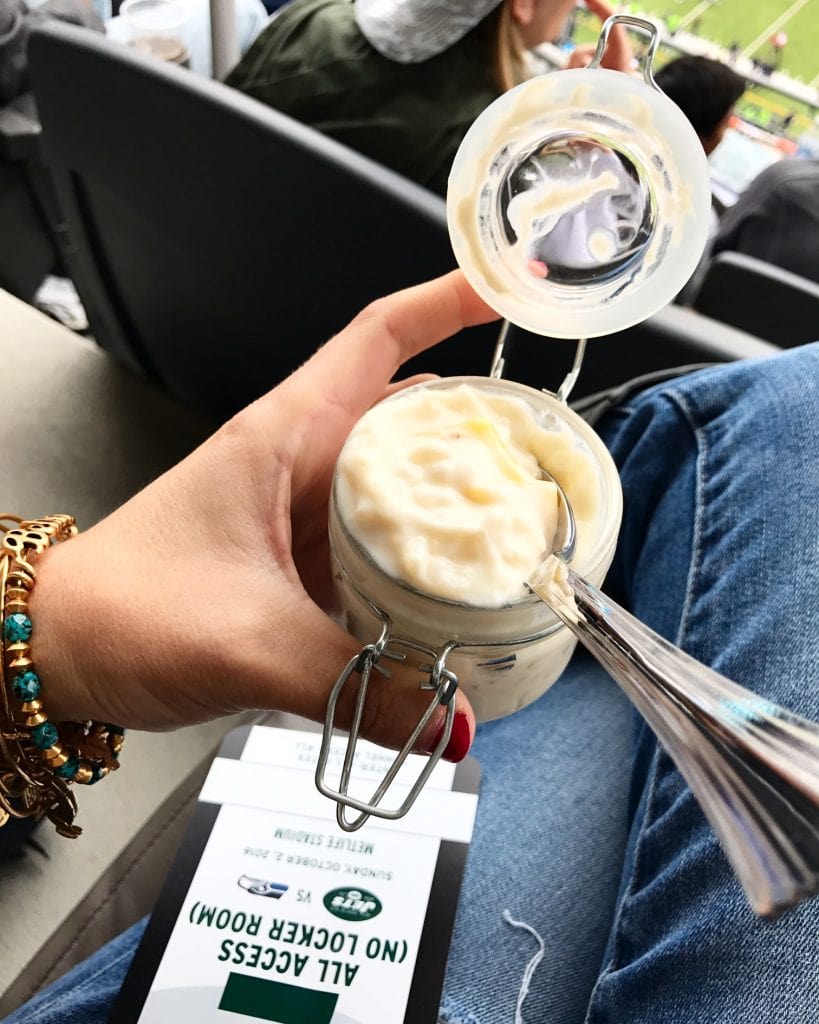 And where else can you go and chow down on pineapple and coconut rice pudding as dessert while watching football? Not my house – I will tell you that! 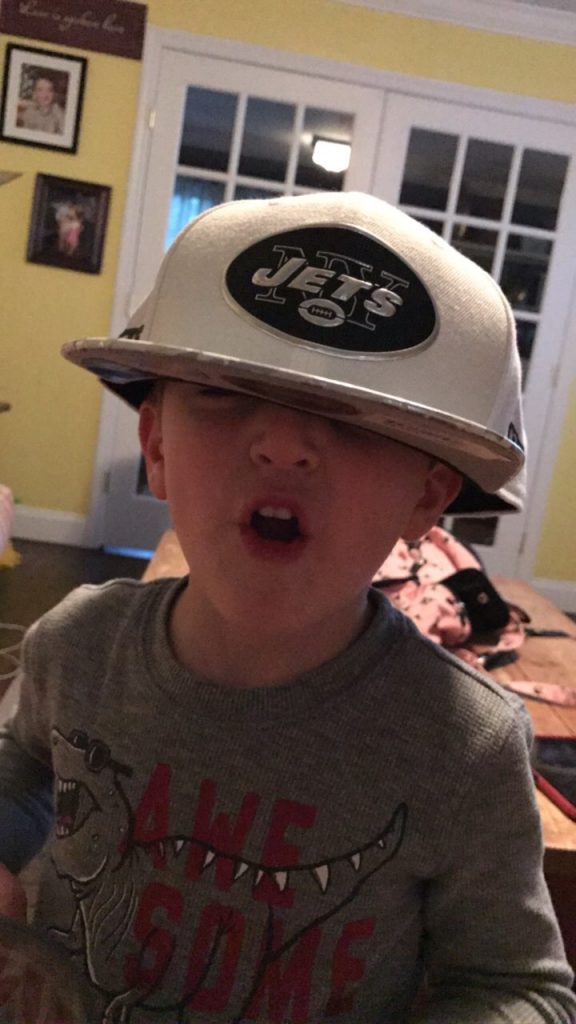 When we got home, the kids were so excited about the swag we brought them. All in all  – a great day out with new friends. 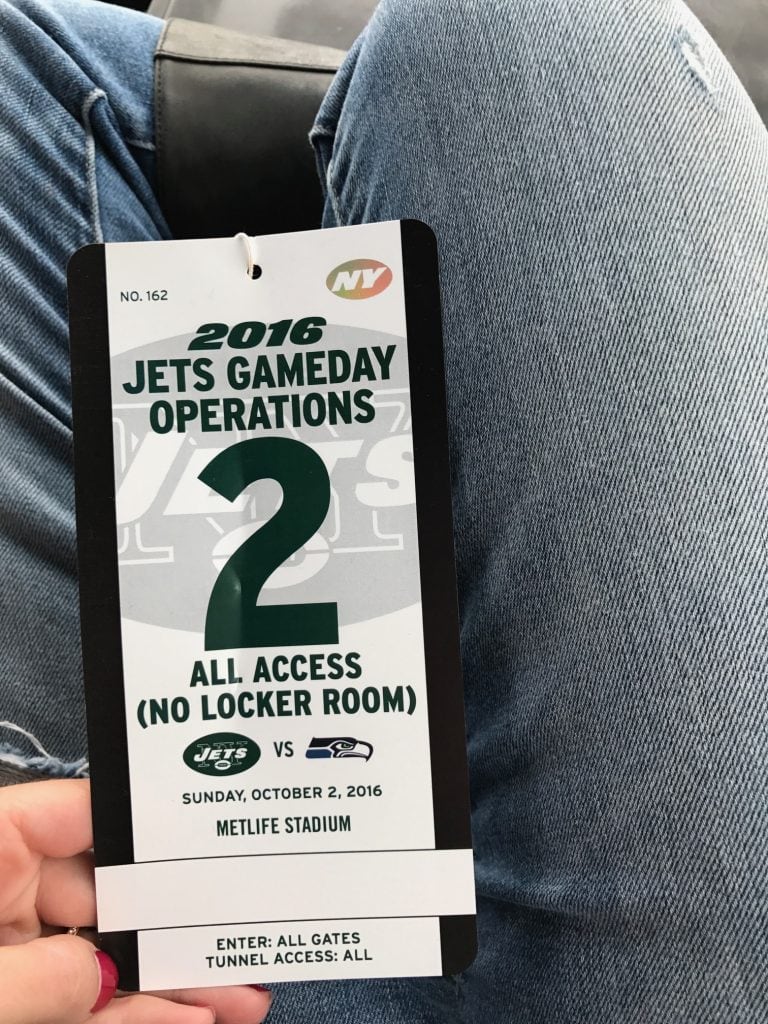 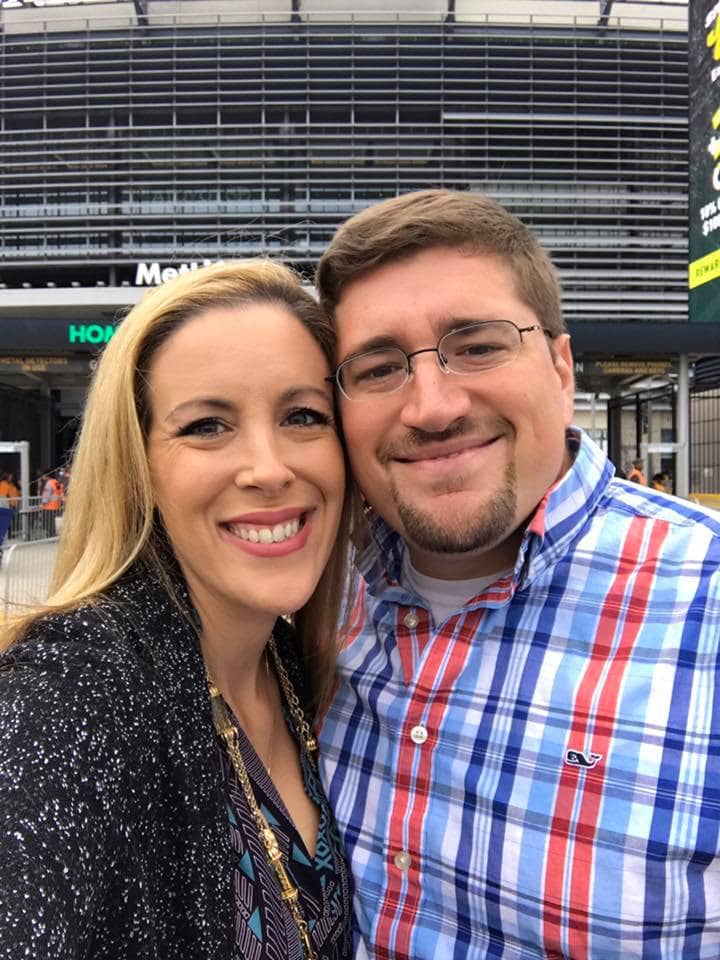 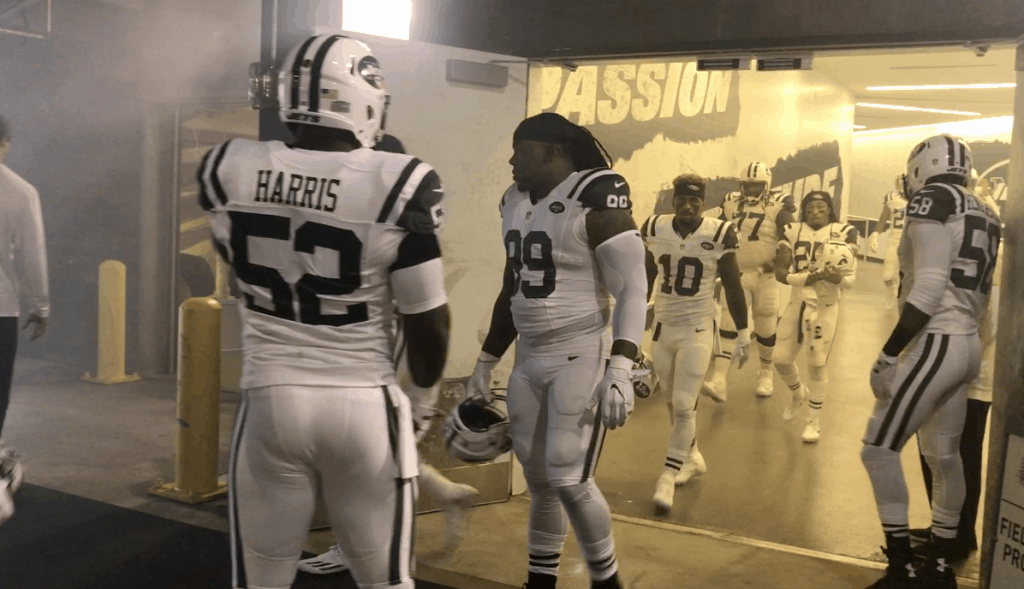 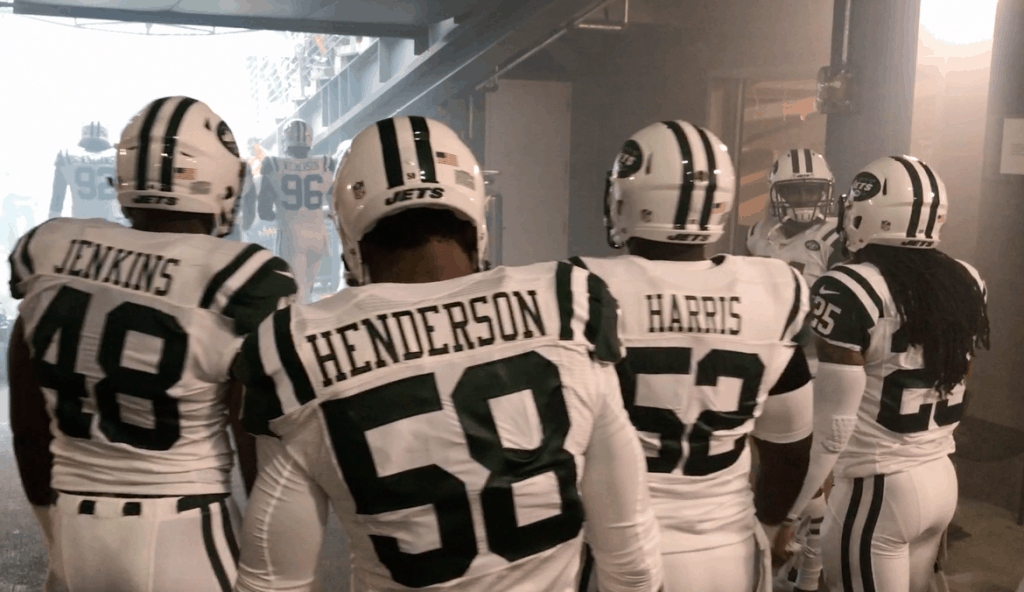 *The Jets invited us for the day to enjoy the game. All opinions are my own.