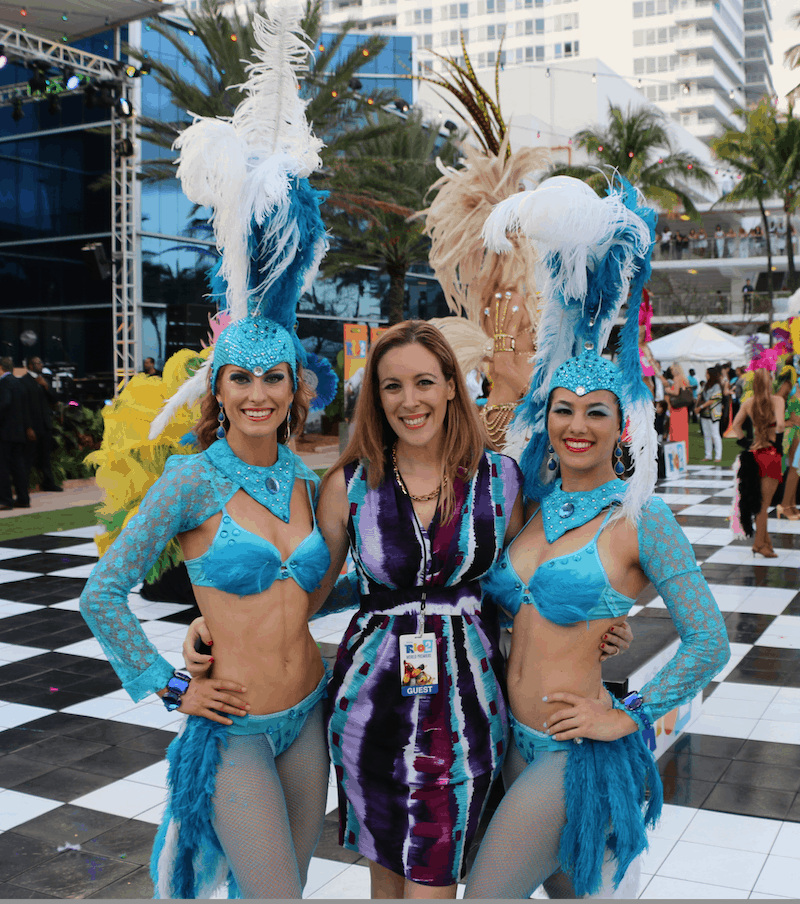 How fun was THIS!? I was invited to attend the red carpet premiere of Rio 2. The cartoon was so CUTE. I have to be honest with you — the music was off the HOOK! I got the soundtrack and have been playing it ever since. Parents and children alike will enjoy this animated flick for SURE. And I promise you… you will be dancing in your seats. LOL!

It was a quick trip to Miami and you know I wasn’t complaining. The Northeast is having a winter that refuses to accept that it’s actually spring! When the warmth of the Miami sun hit my skin, I just about melted but in a good way. I had about an hour to change into my dress and then off we went to the screening! 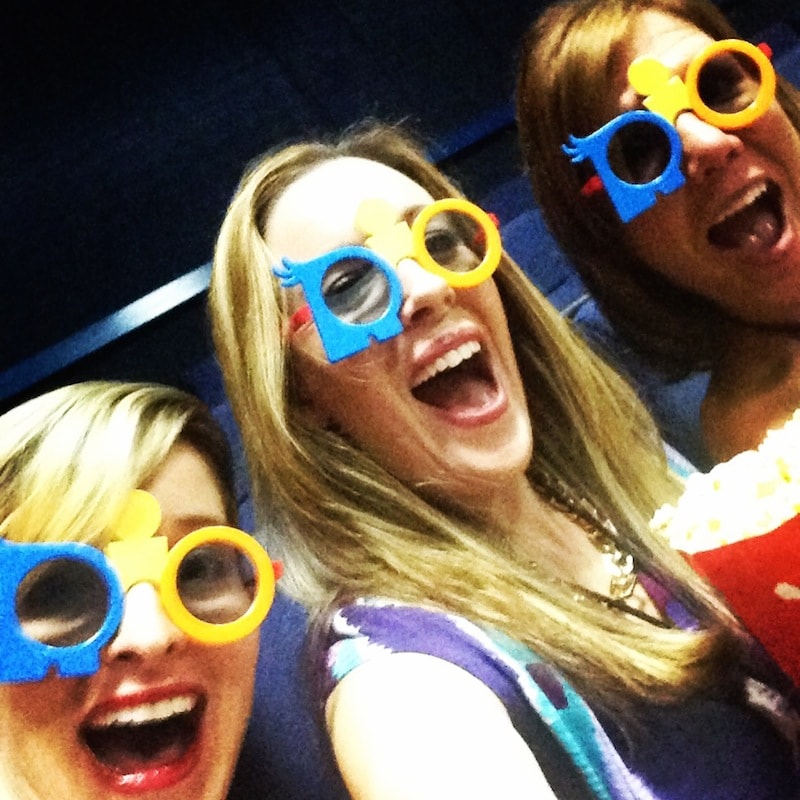 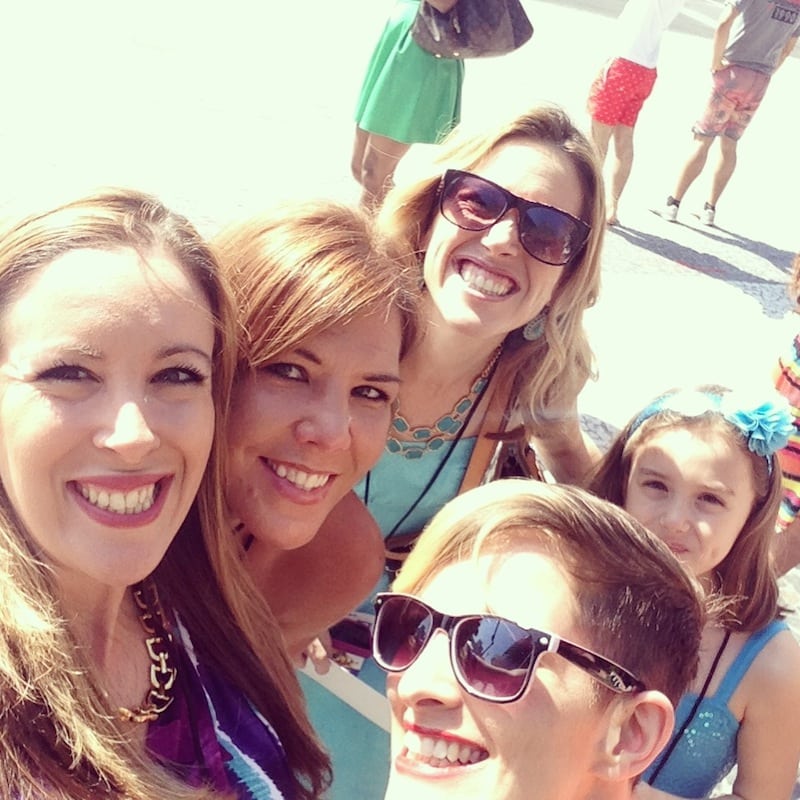 Everyone put on their 3-D glasses and grabbed some popcorn before the movie started. I loved the first movie and couldn’t wait to see what would happen in the sequel. 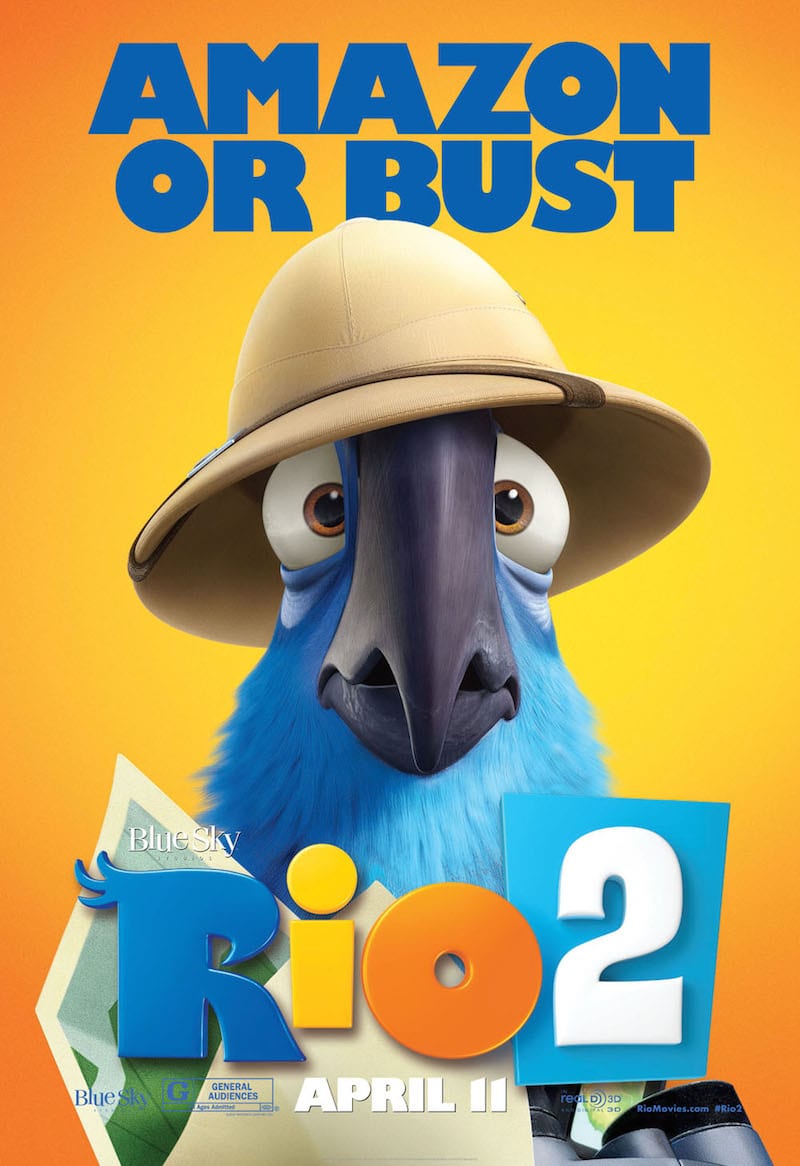 I particularly found the story to be hilarious because I could TOTALLY relate. A family of city birds making a trip to the Amazon to help friends in danger. They had to give up their easy living / human-like habits and become one with nature. Some of the family members (Blue in particular) had a hard time adjusting and you KNOW I was nodding my head in my seat thinking “I GET IT BLU! I GET IT!” 🙂

The entire cast of the animated smash RIO returns in RIO 2, and they are joined by a new flock of top actors and musical talents. Rich with grandeur, character, color and music, RIO 2 finds Jewel (Anne Hathaway), Blu (Jesse Eisenberg) and their three kids leaving their domesticated life in that magical city for a journey to the Amazon. They encounter a menagerie of characters who are born to be wild, voiced by Oscar nominee Andy Garcia, Oscar/Emmy/Tony-winner Rita Moreno, Grammy winner Bruno Mars, and Tony winner Kristin Chenoweth.

I don’t want to give away spoilers to the film because I like when people walk into the theatre with a fresh and clean mind. BUT —— I have to say that the MUSIC WAS JUST INCREDIBLE!! I mean when Kristin Chenoweth sang her solo I actually FORGOT I was watching a cartoon. I felt like I was on Broadway. The fact that a FROG was making such a beautiful sound escaped me. It was AMAZING!! And when I met her… I TOLD HER THAT. Oh yes, I met the cast and interviewed them!!  A post on the interviews is coming up! Just you wait!!! 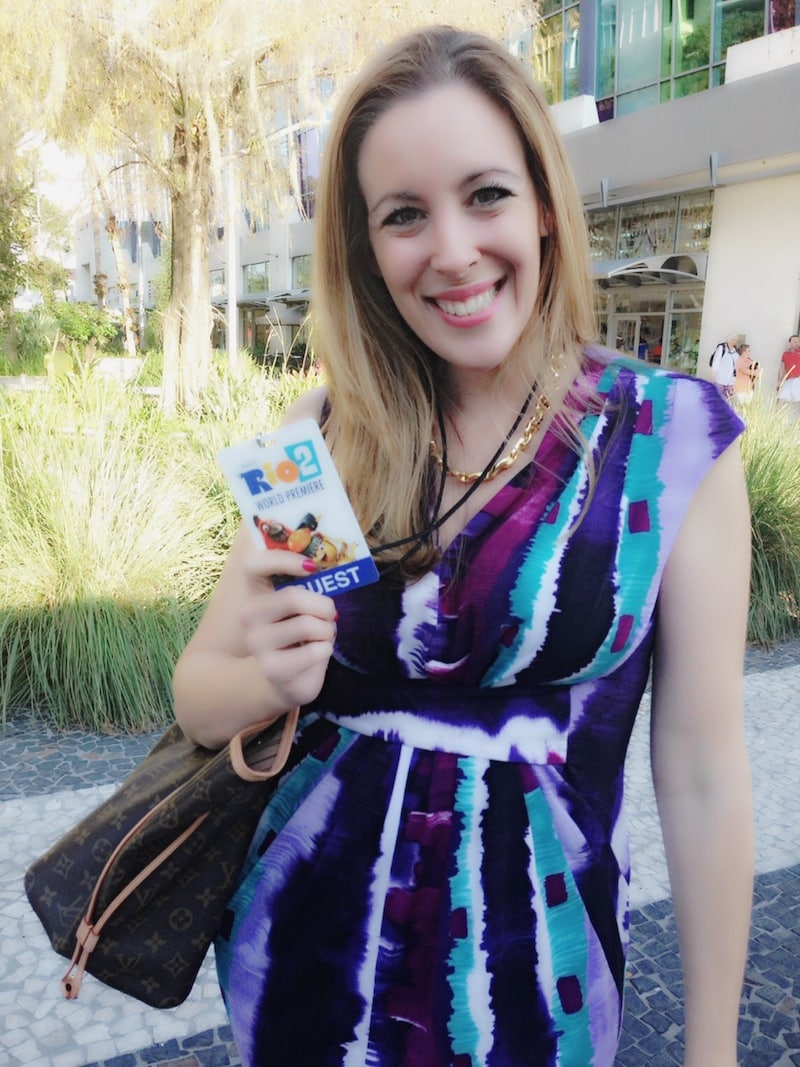 Once the movie was over, we got our passes to the Rio 2 red carpet premiere party and off we went back to our hotel – the Fontainebleau. By the way, if you ever go to Miami, I suggest that you stay in this hotel. It was – hands down – the coolest hotel I have ever been to IN MY LIFE. I mean the lobby was like a club. I was DYING! 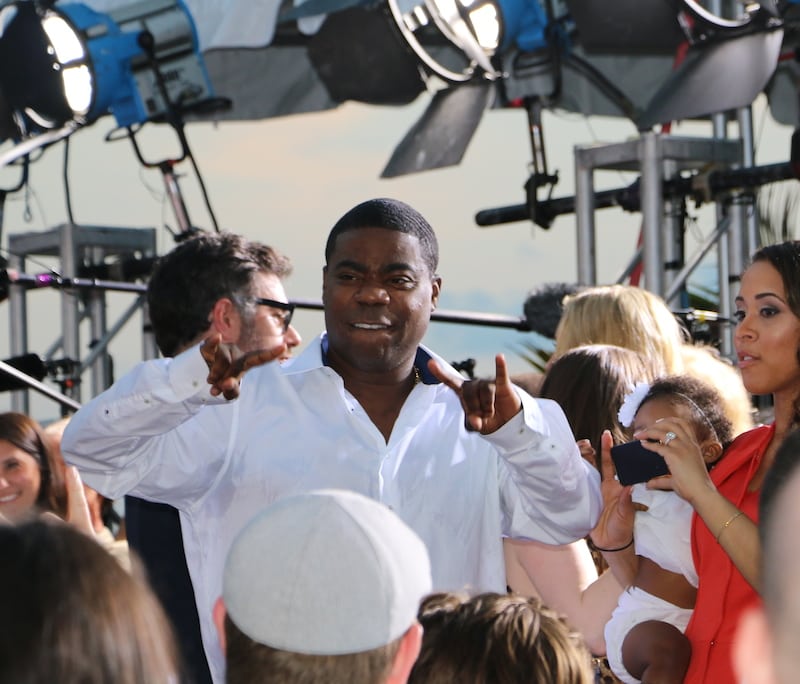 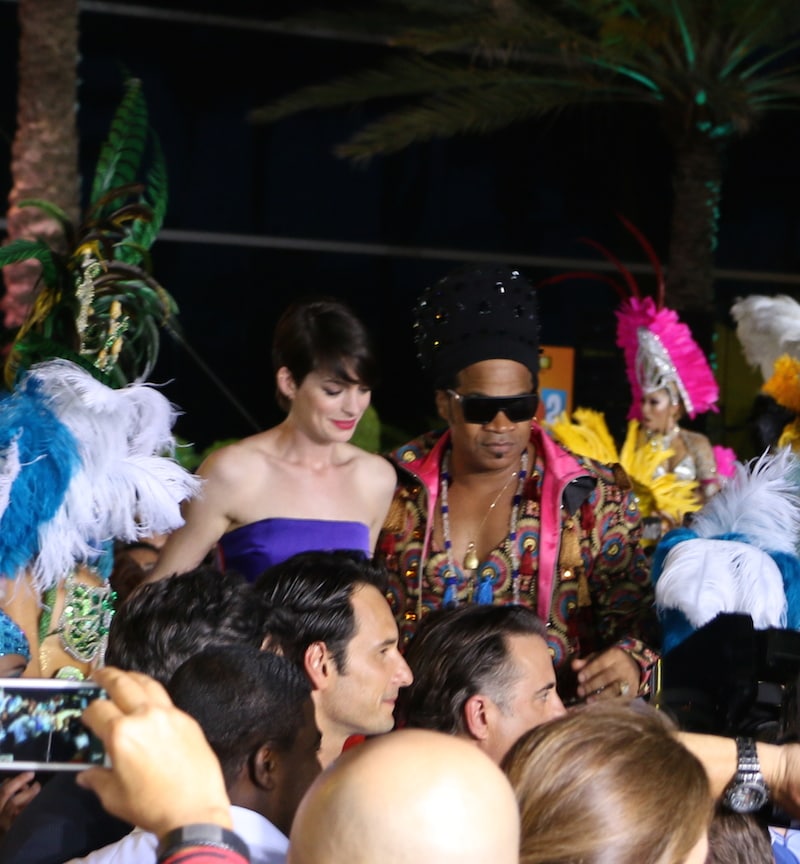 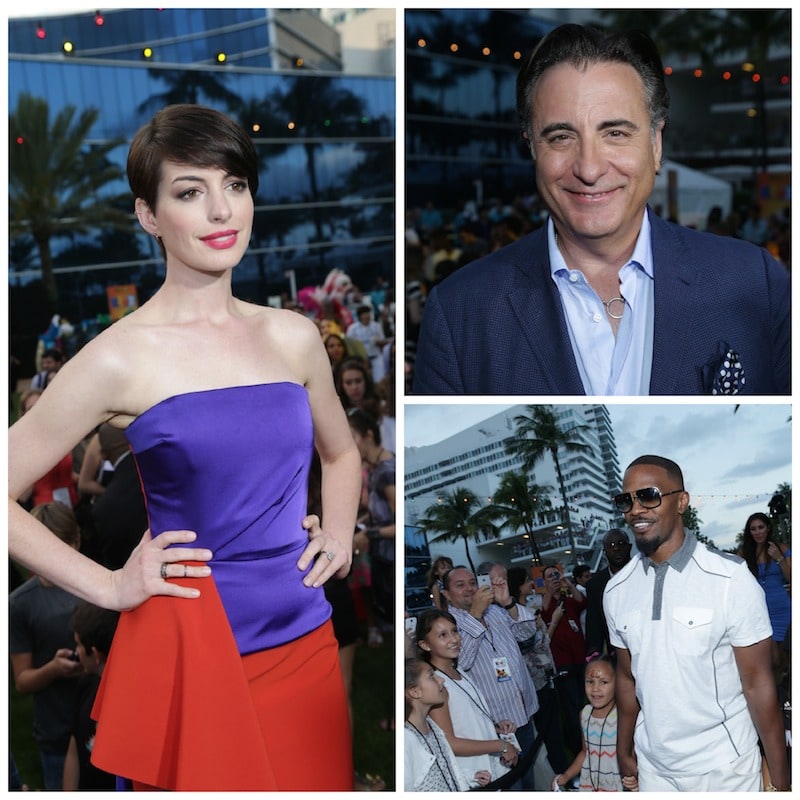 The Rio 2 red carpet ended up actually being BLUE. We saw all the stars of the movie walk the press line and do their interviews.  Then the party started!! The dancers broke a Guinness Book of World Record for Samba Dancing! How cool!! I don’t know how many were dancing – but it was so fun to watch!! If only I knew the routine!! UGH 🙂

We were also treated to a concert by Janelle Monae. Can you stand it?! She was amazing! I filmed some of her concert here – check it out!!! 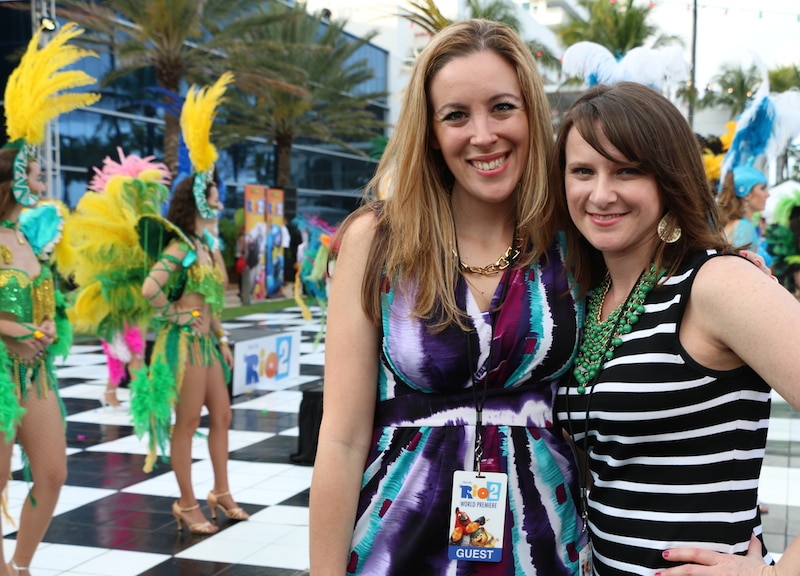 I had such an amazing time with the group!! Stay tuned for the INTERVIEW POST!! We had a chance to interview SO MANY OF THE RIO 2 STARS! What a weekend!! Honestly, I couldn’t believe it. So much fun!!

Rio 2 hits theaters on April 11th. Are you planning on taking the kids to see this movie???

I HAVE A GIVEAWAY!!! 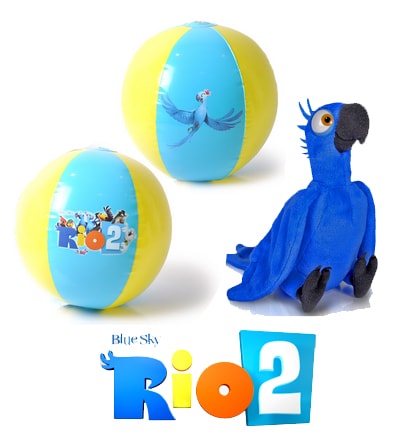 One lucky Lady and the Blog reader receives:

Courtesy of 20th Century Fox
Open to US mailing addresses only