Am I Going Back To Real Books? My Struggle With The Nook Color 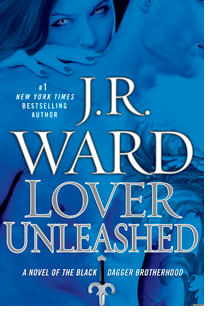 For the last five days, I’ve been submerged in this series. It’s actually a romance series – the first one I have ever read. I’m not usually into this type of read, but ‘The Black Dagger Brotherhood‘ has me chained to it until the very last word. I’ve read 4 books since this weekend. I’m a fast reader, but it also has something to do with the fact that the story is so AH-MAZING.

The characters are so… beautiful. And I don’t mean physically (although they are). Their stories are so unique. So wonderfully told – you almost feel like you know them. When I got through Zsadist’s story – I think I cried a dozen times. And I hate crying… but I understood his pain because the writer allowed me to so perfectly.

Anyway, I downloaded the first 3 books on my Nook Color and my eyes have been so strained ever since. It’s like reading a computer screen. The glare. So, even though I wasn’t working the last few days while I battled a cold, my eyes still unfortunately took a beating. It was as if I sat in front of my computer screen for 4 days straight… because that’s all I did was read and sleep until I felt well.

Late last night, I went to Barnes and Nobles to get a new wire for my Nook Color. I broke the one I owned and thought to check the price of the actual book. Surely, it was more expensive than the downloaded alternative. IT WASN’T. They were both $7.99 – except I could use my B&N card to get 10% off the softcover. And I could lend the books out to my friends who don’t own the Nook with the softcover. And once we were all done with it, I could then donate it to the library so other women could fall in love with the Brotherhood.

Just like that – I felt so far removed from my Nook. If the digital versions are more expensive or even the same price – WHY do it? If I was a world traveler – heading to London and then Paris and then Japan all in one month – YES it would make sense. I wouldn’t have to carry all the books with me. THAT MAKES sense.

But me – little ol’ me – reading in my back yard or at the town pool? Why bother? Don’t get me started on the glare. You can barely see a thing out in the sun.

So, I think I’m moving backwards – back to the basics.

Furthermore, I think I might start using my town library. My old town was grimy. I hated using the library. I hated even stepping FOOT in the  library. Felt like I would get sick if I took even a breath. But where I am now is so clean. I might just Lysol the book after taking it home (for good measure) and give it a shot.

Saves money AND my eyes.

As for my Nook – I downloaded a bunch of APPS for the kids. They’ve been dying to play Angry Birds. One of their friends showed them on their parents’ phone and it’s all I’ve been hearing about since. So, I gave it to them yesterday and they just about imploded.

What do you think about digital readers? Have you gone back to basics? Or are you still happy with this new way of reading?