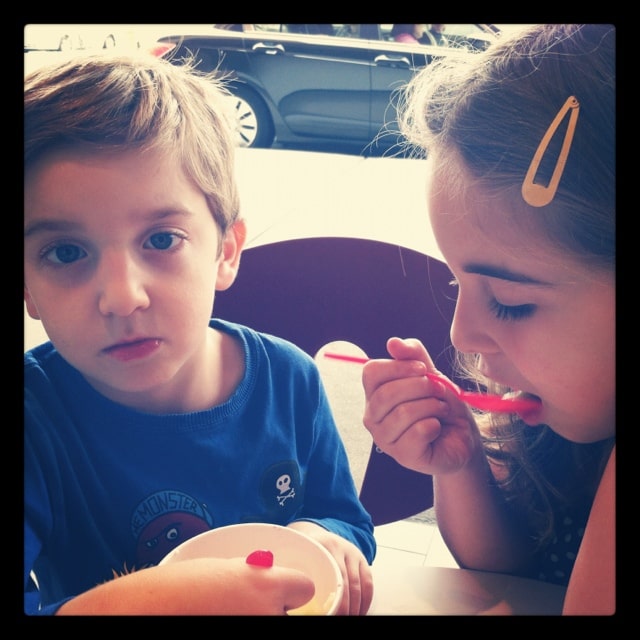 That face is hilarious.

Bill and I took the kids shoe shopping yesterday. While we were looking around, we stopped at Red Mango for a snack. I told them that they had to share one because the cup was just too big for a child. I wish Red Mango had smaller cups! Anyway, at one point, Liam was pulling the cup towards him too much and I told my boy to share.

Well – look at this death stare. I mean… what did I ask him to do?? Out of control. He actually also kept it on long enough for me to grab my camera and take a picture. LOL!! It was at least for 20 seconds. 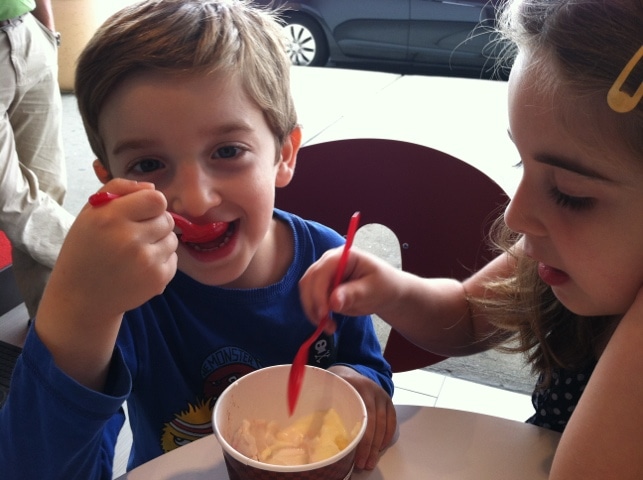 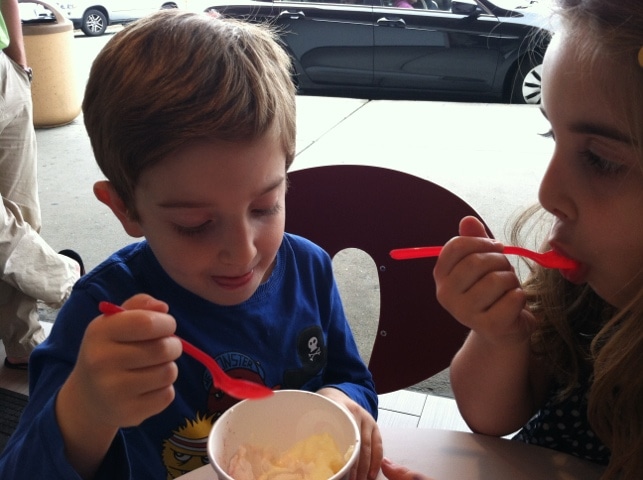 But of course he got over it. How could he not? I mean, there was frozen yogurt to be devoured.

It sure is a death stare! And you managed to take a picture!