A Rush To The ER: My Son’s Current Hospital Stay 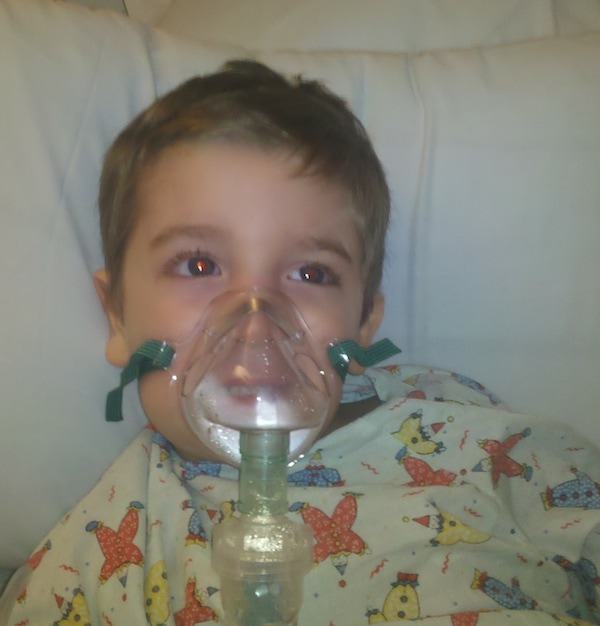 Over the weekend, Liam started to cough a bit. It started out small and then just kept getting worse and worse. By night, he was breathing like he was possessed (think how a dog sounds when he’s running) and unable to talk. At about 4AM, my husband rushed him to the hospital while I stayed home with Natalie hoping all he needed was some good antibiotic.

Well, it turns out my boy is asthmatic. Or at least, that’s how they are treating him during this stay. He was immediately admitted and put on IV. Every few hours they put him on a nebulizer (which we have  to have at home with us from now on) and at the beginning Liam wasn’t happy. But then Bill called it ‘Spider Man Juice’ and now he tolerates the treatment. 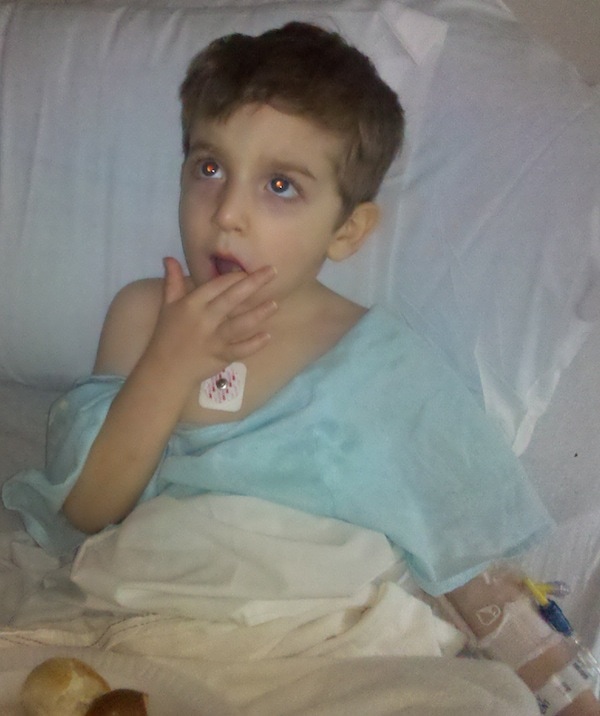 Today I will be offline again. My amazing writers are covering me on INO this week and the posts that are going live on LATB are things I wrote up last week and time stamped out just for the heck of it. It was really lucky that I had so much extra content sent to me last week – otherwise this site would go unchanged for days.

I also can’t help but think I wasn’t supposed to be able to get a good vacation going this week – because if I did we would have been in the Caribbean with all of this going on. If it was meant to be – it would have been —– and it wasn’t  meant to be. Everything happens for a reason.

We are hoping he gets released today. At least that was the news last night when I left my husband and Liam. Heading there now. 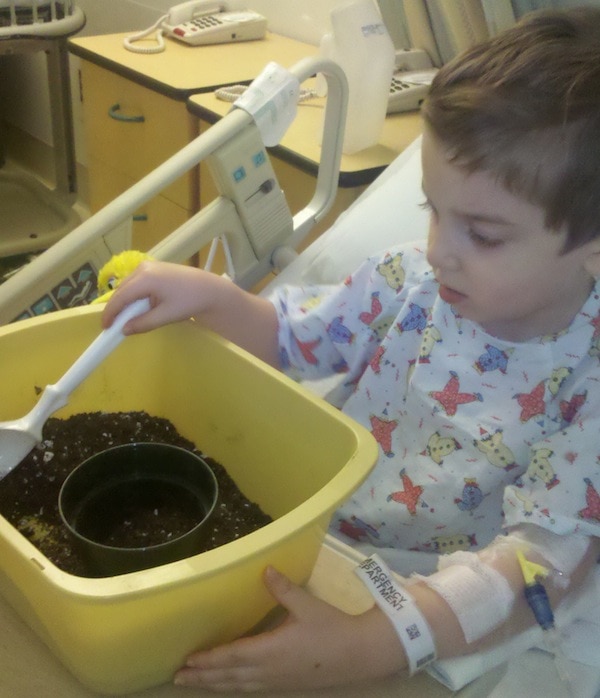 (making a plant w staff – thought this was a great idea)

Be grateful for your health today – and for the health of your family. We take it for granted. We NEVER give it a second thought when everything goes as it should – those boring days just fly by. Watch your baby run around and play and scream and throw a fit and be thankful that she can. 🙂

Hopefully will have an update tomorrow.